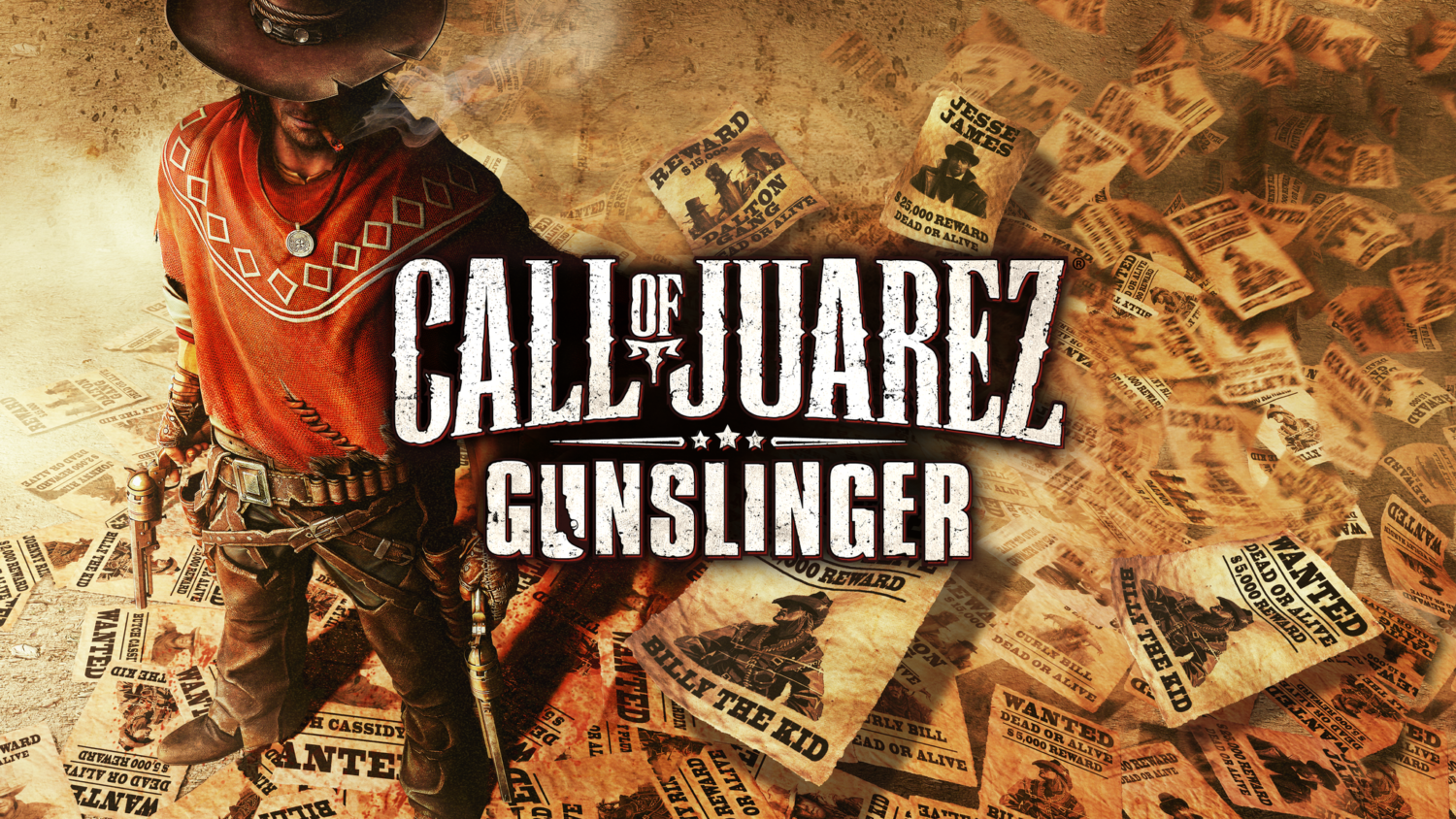 Before Techland was making some of the best zombie experiences on the market, they were playing in the dirt with their wild west series, Call of Juarez, which makes its debut after a long hiatus on the Nintendo Switch. Call of Juarez: Gunslinger is a first-person shooter that has you travelling the wild west in search of classic outlaws and gunfights from the history of the western United States. As you cross paths with legends like Billy the Kid and Butch Cassidy, you will discover that a man named Silas Greaves was secretly behind a lot of what happened back then. As one of America’s greatest bounty hunters and gunman, Silas has his hands in most of the goings-on of the era. With guns a-blazing, you will fight through gold mines, towns, and lumber yards where you will make a mark on the western world.

The story of Silas Greaves has come to an end as he settles down in a tavern for the night. Recognized by some of the patrons, he begins to discuss the long list of tales he took part in. As you move through his early days you will find all of the ways in which he touched the myths from the west. This title is narrated by Silas himself as you move through it part by part, and that allows for some comical forms of storytelling as your failures are noted just as much as your triumphs. Even though this story is quite dense and needs you to know a good bit about classic western stories, you can just run through this one as a pure shooter if you wish or enjoy the intricacies the writing team had to come up with in order to connect Silas to each of these traditional narratives. It does get a bit old and samey to have this one guy be involved in every single story, but how else would Silas Greaves have become such a legend in his own right, I suppose.

From a pure gameplay standpoint, Call of Juarez: Gunslinger stands out as a fast-paced, action title that reminded me of those old, co-op shooting cabinets in the arcades. Even though this game’s aiming is freer than those arcade machines, it definitely gave off those vibes as you run through hordes of cowboys and renegades on your way to high scores and combos. Choosing between a few weapon-sets, you have some customization options based on your likes and dislikes, but all in all you are pretty much just running ‘n’ gunning from level to level. The shooting feels satisfying, and anything from gore-laden shotgun blasts to long distance headshots all kept me addicted in this action-packed gameplay loop.

One of my bigger complaints comes in the way the difficulty is stacked. I played mostly on “Normal” difficulty, and still found myself dying multiple times due to being overwhelmed by the sheer number of enemies or by going a little too gung-ho with shooting first and asking questions later. The reason I disliked this is because the game is clearly motivating you to run from enemy to enemy, sending lead through the air as quickly as possible based on skills you can upgrade to and the way your gun fire works. Although you can aim down iron sights and take your time from a high up position, this slows things down a ton and the enemy AI is actually pretty decent with taking proper cover and protecting themselves, meaning you will eventually have to run in anyway; plus, you will spend a lot of time in closed spaces like buildings or mines where you can’t be too careful. Having random difficulty spikes due to crowds of enemies attacking all at once just seemed counterintuitive to what the game was wanting from you during gameplay, as cover becomes vital.

The upgrade tree consists of three groupings of abilities, each helping out either your pistol, long-distance, or close-up, explosive weapon options. From things as menial as ammo capacity, to the ability to reload while sprinting, to being able to take more damage, this all allows for a bit more customization to your gameplay experience. This was definitely appreciated, even though none of it made a super significant change to how you take on each scenario as you are pigeon-holed into different play styles regardless of your skills or weapon set.

Definitely aged from its original Xbox 360 release, this title comes onto the Nintendo Switch performing quite well but looking like it is definitely from that era. Even though the character models and up-close detail are surprisingly solid, you really notice the age in trees, nature, and the landscape. At the end of the day, the system has its limitations, but it’s pretty cool that we can at least get titles from the 360/PS3 generation at their original release quality with no downgrades necessary. It is a handheld.

Call of Juarez: Gunslinger brings a solid action-shooter title to the Nintendo Switch. Offering well-made gunplay and a decent upgrade system, this title is one that any shooter fans will have a good time playing through, especially with this port featuring motion controls and HD Rumble. Even though its age comes through in its graphics and linear level design, this is a series that deserves a reboot or revival, and this is a premium way to experience it for a reasonable price.

Call of Juarez: Gunslinger is as solid a shooter as the Nintendo Switch has gotten in some time. Even though its age comes through in its graphics and linear level design, this title offers an interesting western for you to play through with some seriously satisfying gunplay.