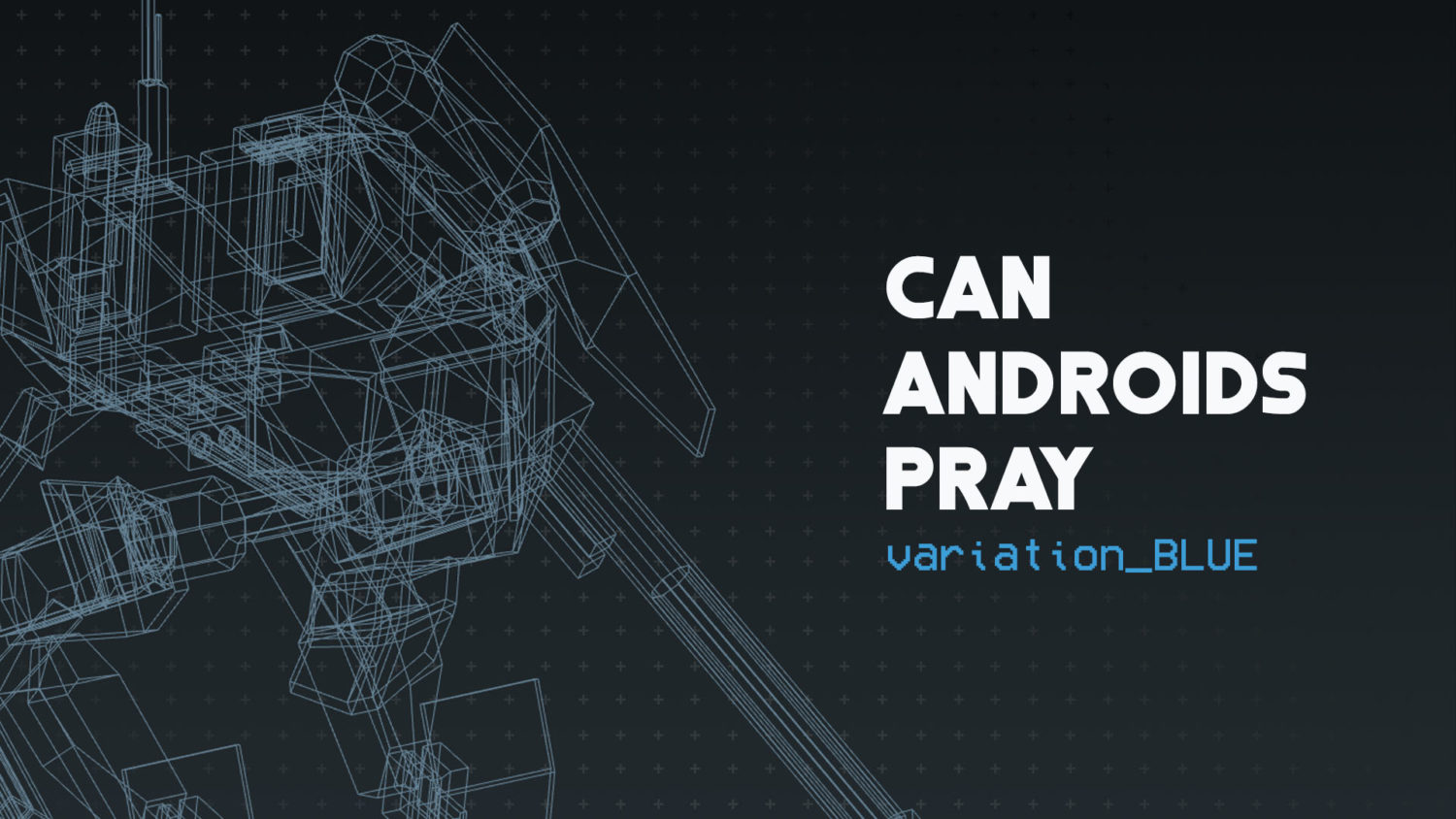 "The worst is Death, and death will have his day."

CAN ANDROIDS PRAY:BLUE isn’t a game, it’s a moment left behind by another game. It’s as if two NPC mechs that were incapacitated during one of your battles held a conversation after the game had moved on. Except these two pilots are going to die, and they’re fully aware of that.

The story involves only Cortney (you) and Beatrice—two mech pilots in damaged vehicles, unable to move. Cortney’s fuel line has been ruptured, which is apparently going to cause an explosion large enough to take them both out with the sunrise. The planet’s atmosphere prevents the pilots from fleeing their doomed mechs, so there’s nothing to do but await their fates…and question plenty of things along the way. 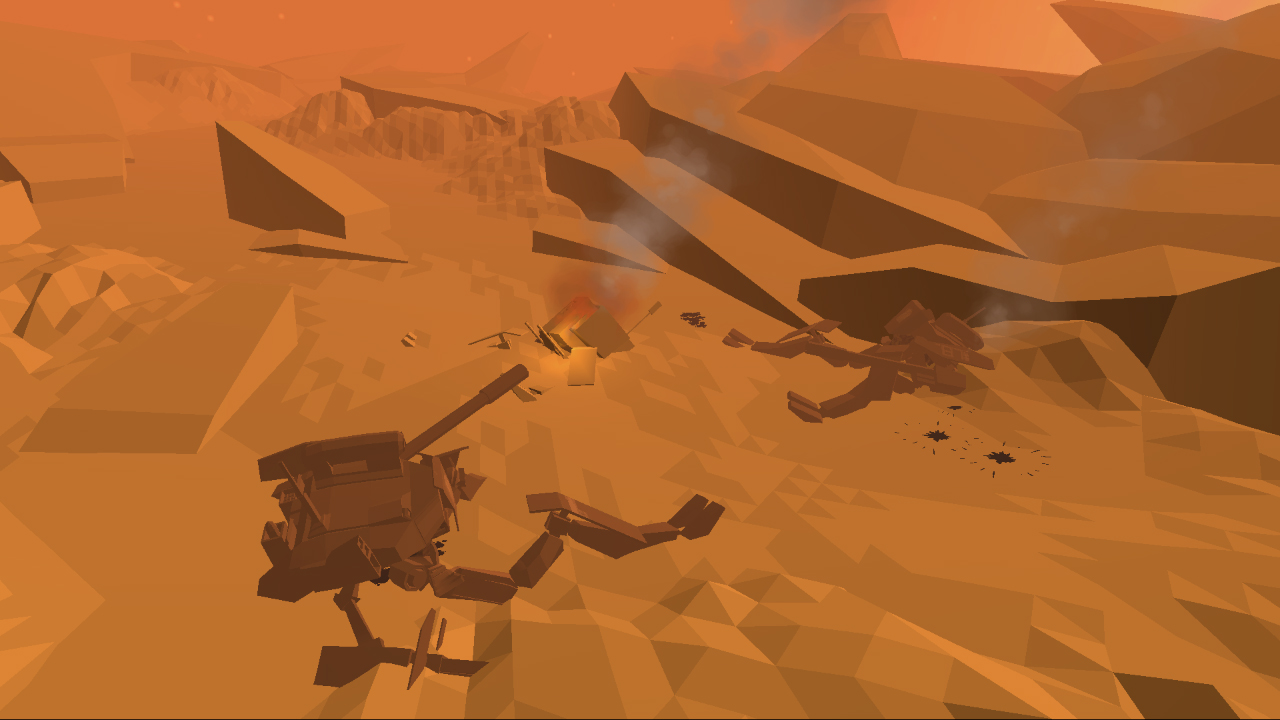 The conversation is driven by Beatrice, with Cortney offering various replies. Which reply you choose seems more about controlling the tone of the conversation than about driving it towards a specific end. It seems Beatrice has learned some things she probably shouldn’t know, and she’s desperately seeking answers to it all as she faces down death. You decide how to treat her as she works through this.

That really is the entire game. There’s no one to control and nowhere to explore, you’re just part of a conversation. You’re presented with questions and you decide your response from three choices. Within fifteen minutes, the game is over. 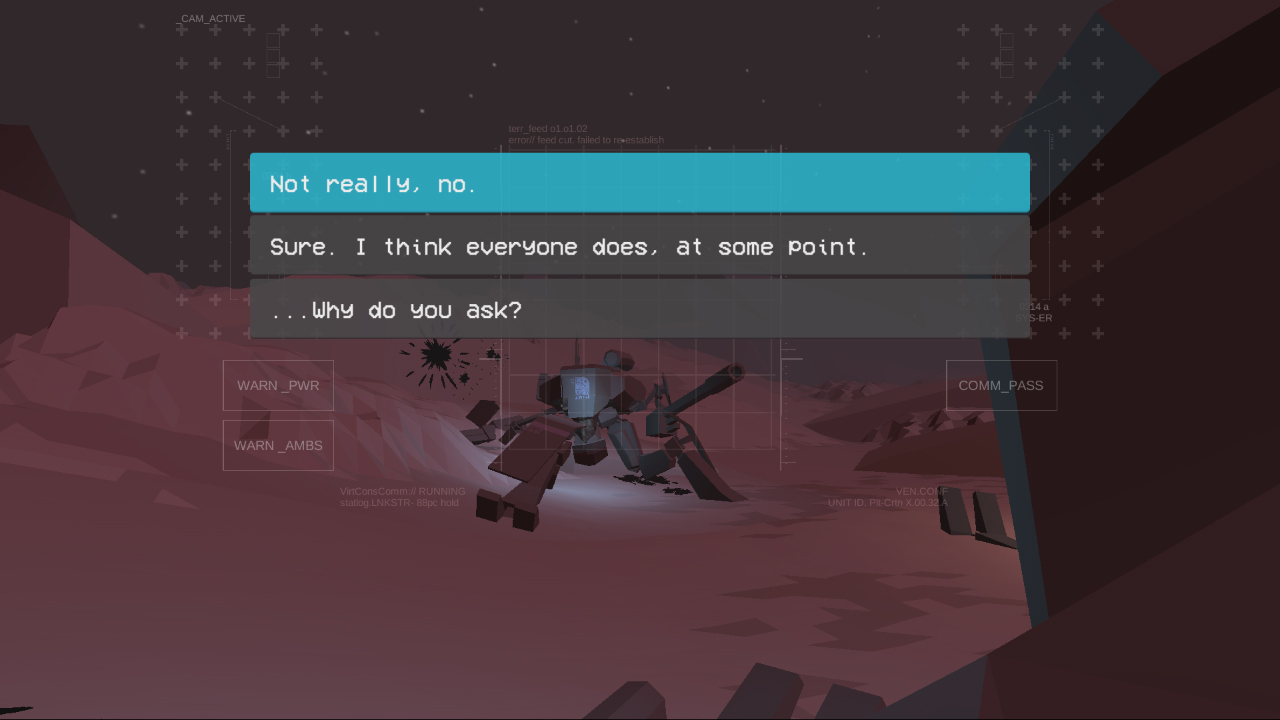 So, CAN ANDROIDS PRAY:BLUE is not a game, it’s a story. It’s a snippet of dialogue in an issue of Weird Tales that, like a lot of good science fiction, is meant to make you consider something larger than the immediate setting. And in this regard, CAN ANDROIDS PRAY:BLUE is quite successful. The existential crisis faced by Beatrice is very believable, and the way she confronts it is quite brave. As Cortney, you’re forced to consider how you would face the same fate. Do you chastise her, empathize with her, or sit in your own ambivalence?

This theme is accented by stark visuals that are as bleak as the story itself, although I would’ve preferred one variation on the design choice. Throughout the dialogue, the “camera” swaps angles to give us different views of the mech and the area in which they lay. Considering the point-of-view in the story, I think it would’ve been cooler to see the whole thing through Cortney’s eyes: the interior of the destroyed mech, Beatrice’s machine in the distance, the empty horizon of the dead planet. That would’ve been better for immersion. 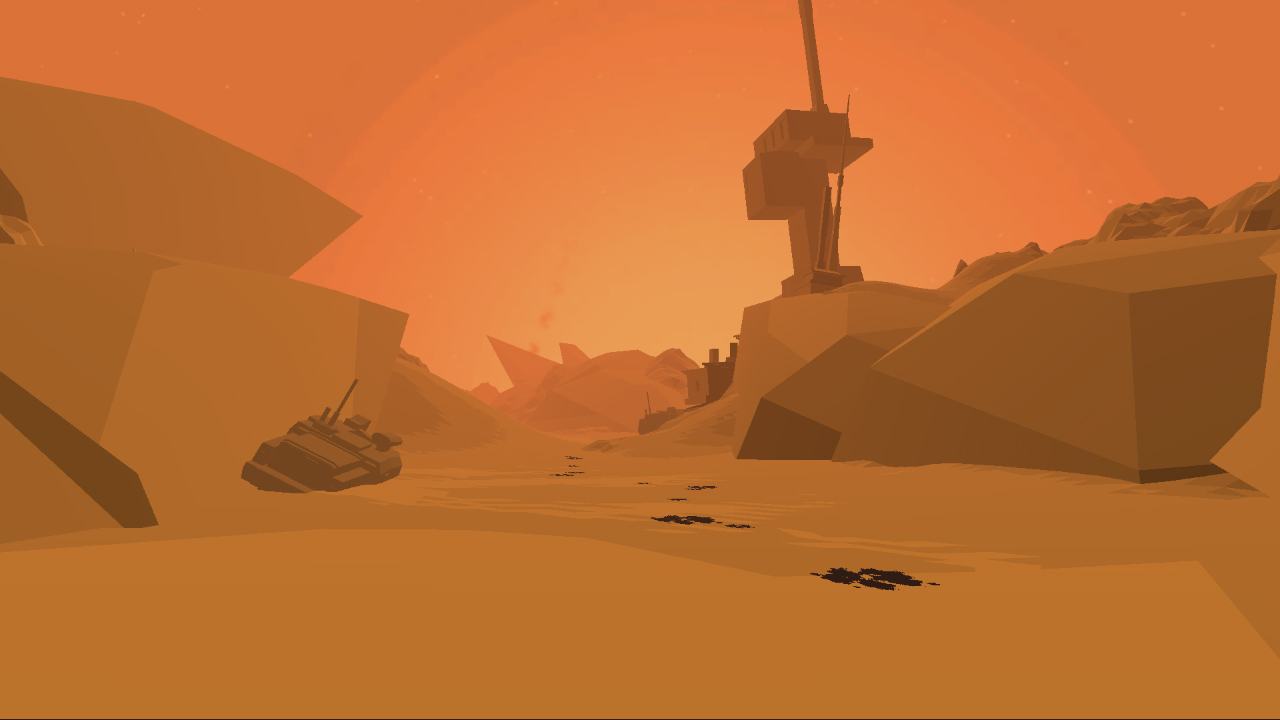 The music, on the other hand, is wonderfully composed and used perfectly. It has to set the mood, as the dialogue is not acted out. I preferred this, as it made the scenario feel appropriately lifeless.

But can I recommend CAN ANDROIDS PRAY:BLUE, especially at its current price of $6.99? Certainly not as a game, which it isn’t; that Nintendo classifies it as “adventure, role-playing” simply indicates they need to expand their genre listing. It’s a science fiction story with some light decision making that should lead you to some heavy discussions about the very nature of existence. Play it once, hand it off to a friend, then find some stars to lie under and get to talking.

CAN ANDROIDS PRAY:BLUE tells an effective story of two mech pilots addressing some existential topics as they face imminent death. It’s not a game, but a unique narrative that’s better if you have someone with whom you can share the characters’ struggle.