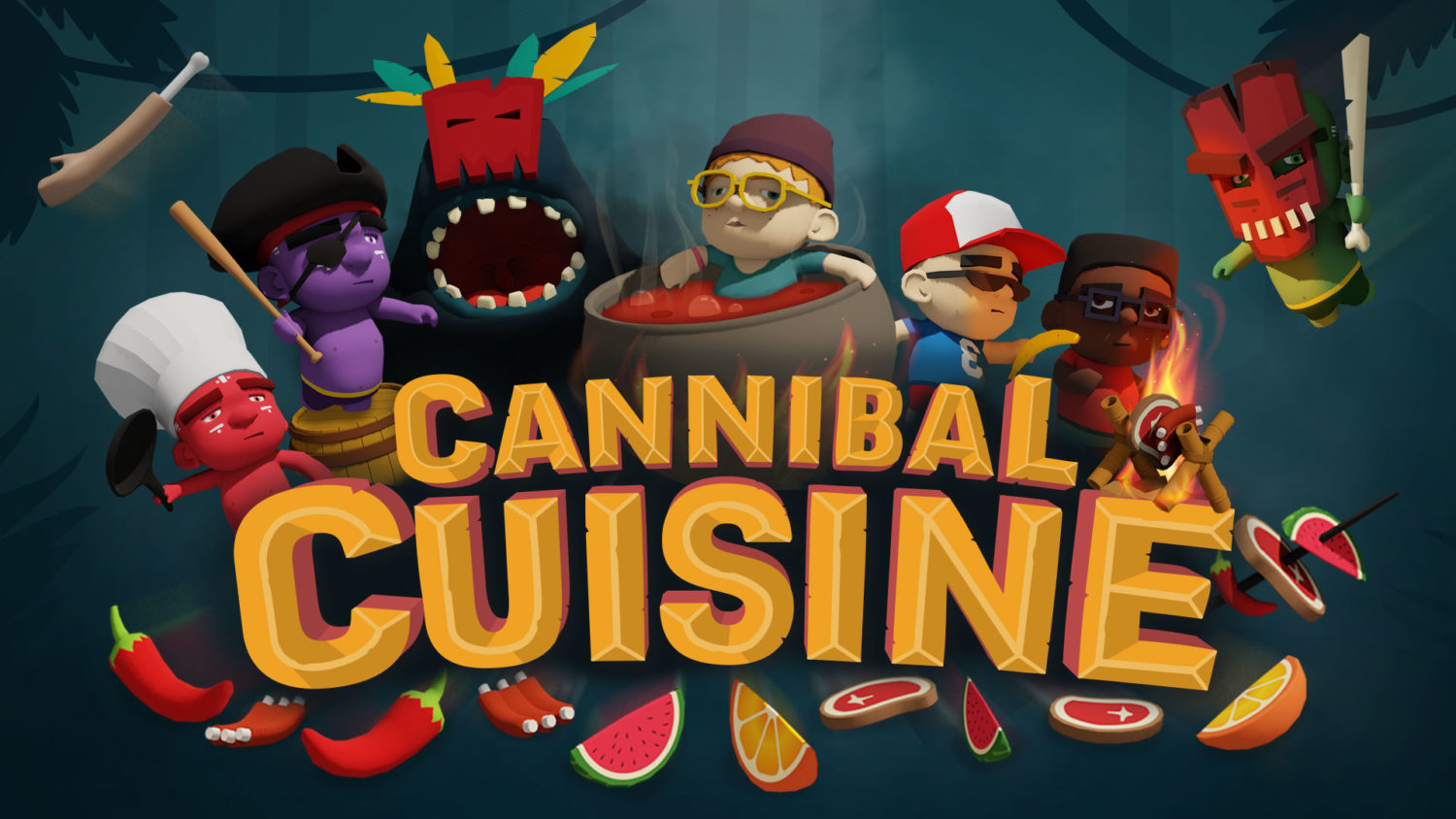 Cannibal Cuisine is a party, cooking, and action game for the Nintendo Switch. It offers local co-op for up to four players. Let’s take a look at how well this game takes a bite out of the cooking and party game genre.
I’ll be honest; cooking games have never really interested me. The idea of a cannibal cooking game interested me even less. 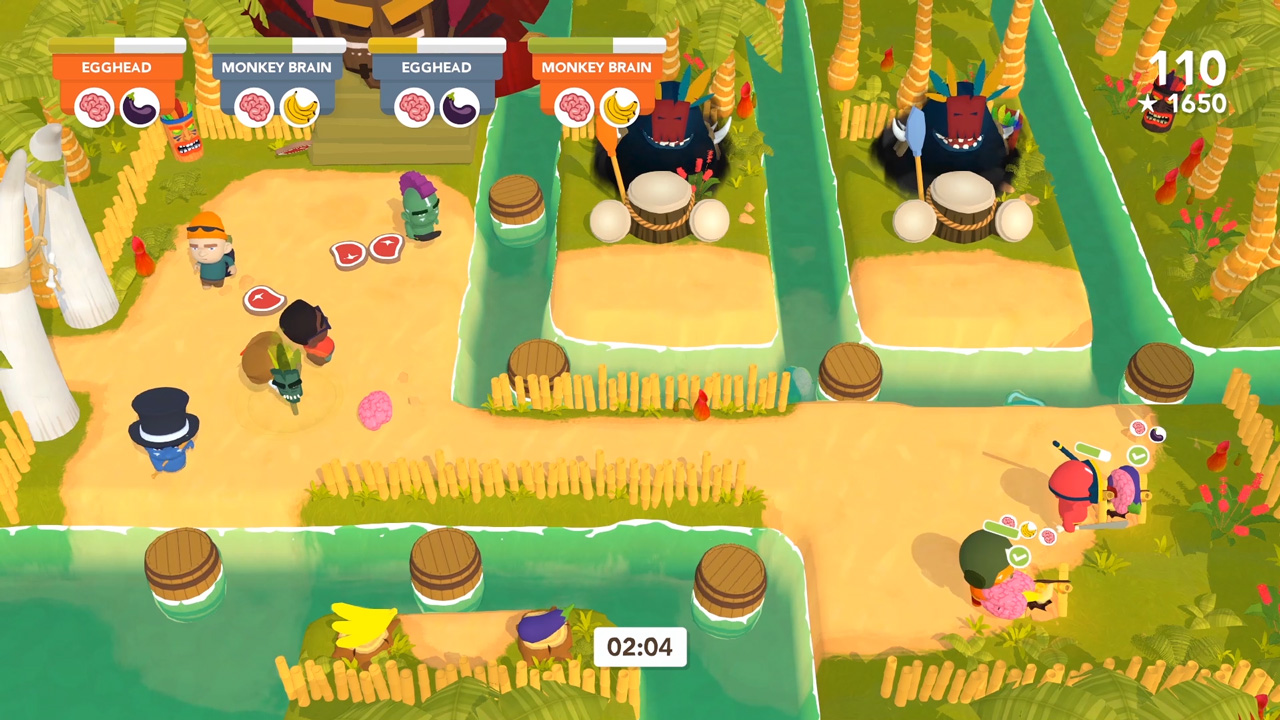 Cannibal Cuisine begins with the Cannibal God’s awakening and demanding to be fed. It’s up to the local indigenous tribes to feed them by killing tourists. It’s not as easy as it sounds because the tourists are not going down without a fight. Once attacked, they will start attacking back. Players can gain health back by eating ingredients; you are a cannibal after all.
Players make the recipes appearing at the top of the screen and deliver it to the gods to gain points. The more points earned, the higher the star rating. Three stars can be earned per level. There is a minimum score that must be obtained to move to the next level. 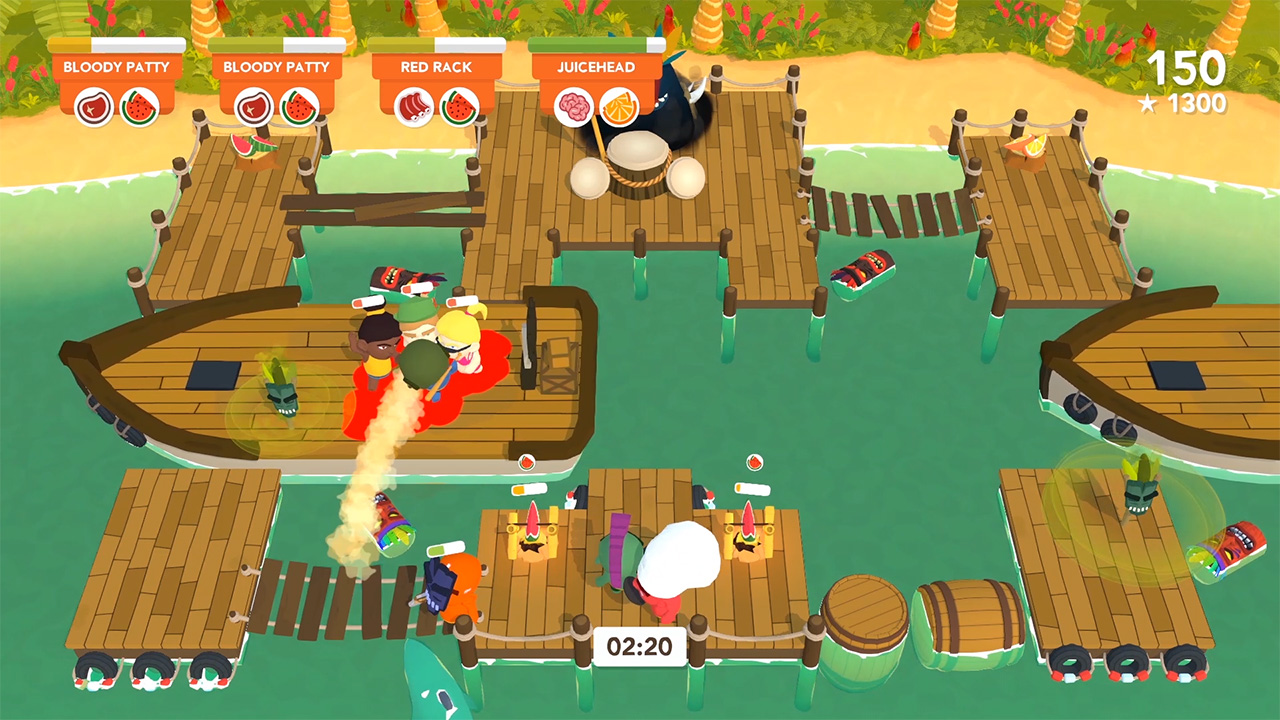 Levels are usually broken up into sections separated by water, spikes or lava, all of which are deadly if you fall in. Each section has an ingredient, tourist, cooking station, or God on them. The levels progressively get more difficult.
Players can customize their avatar with several options: headgear, weapons, color, and special power. Weapons range from bats, machete, ax, and cooking pan. Weapons, as far as I could tell, all did the same amount of damage, so players can choose whichever weapon they like without having to worry about advantages or disadvantages. The only real choice that mattered is the powers. The Totem, which heals nearby Islanders. The stomp, which temporarily dazes tourists. Fire breath, which can be used to help cook food faster. The dash, which allows for fast movement and can get across smaller gaps. 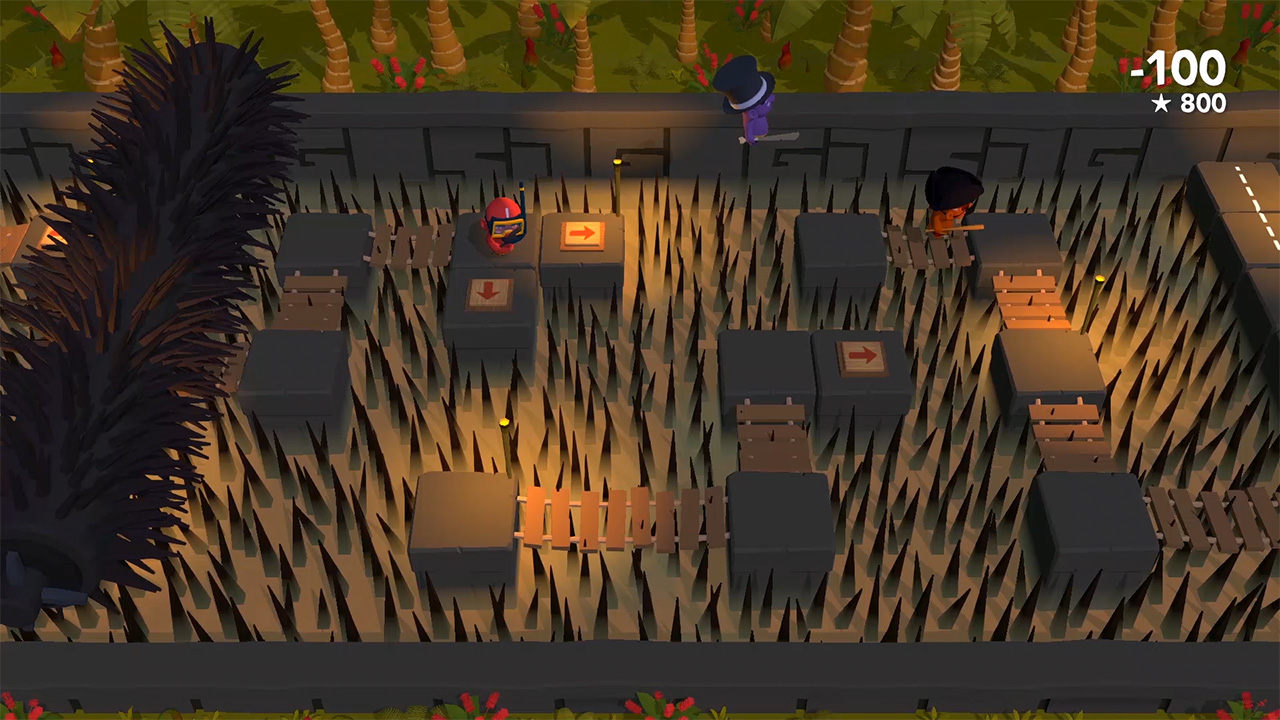 There are two different ways to play: campaign and versus. The campaign can be played in single-player or multiplayer, although playing alone can be a bit difficult. It seemed like if you made one mistake, the level was lost. Multiplayer is where the game does best. Whether it is teamwork or versus, multiplayer unleashes a great amount of laughs.
Although I’m not the biggest fan of online multiplayer, it is still something that feels like Cannibal Cuisine is missing. It would be interesting to see even just an online leadership board to compare your team to others online. Aside from that, there’s not too much to complain about.
Cannibal Cuisine is a game I had my doubts about. Within a few levels, I was enjoying my time playing as long as players can swallow the idea of cannibalism for their next game night.

Cannibal Cuisine is a game I had my doubts about. Within a few levels, I was enjoying my time playing as long as players can swallow the idea of cannibalism for their next game night.