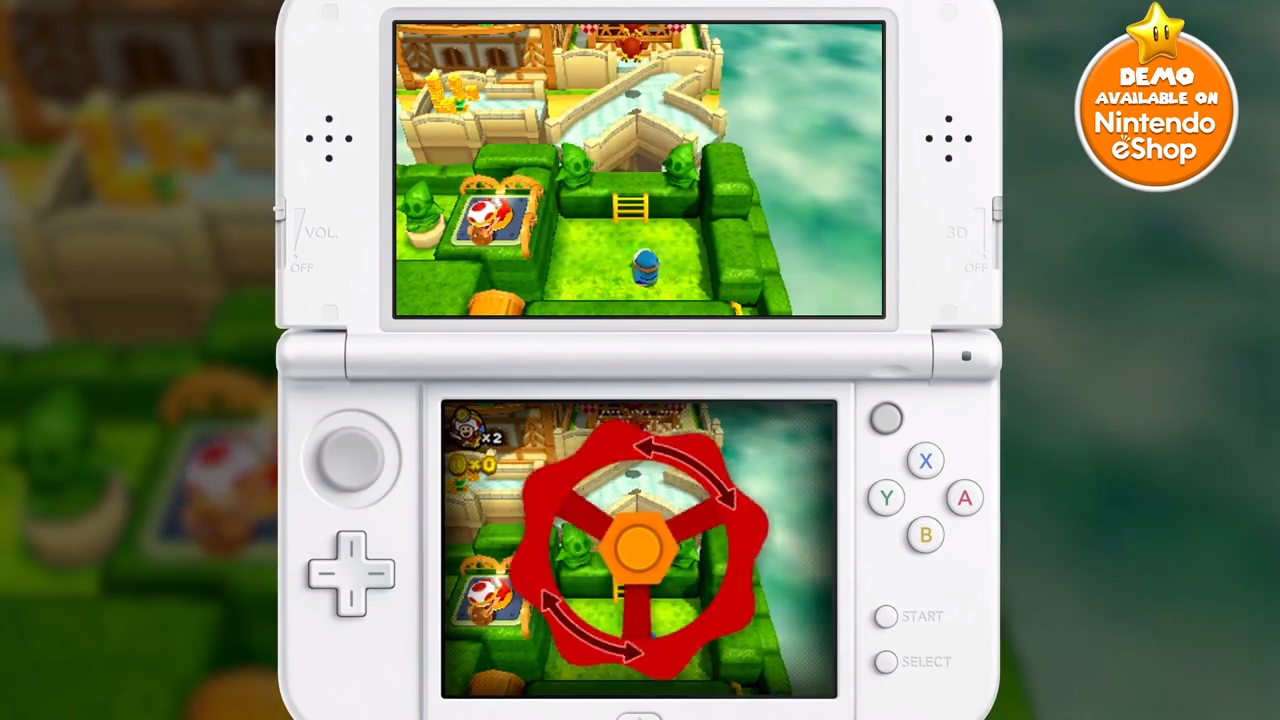 Captain Toad has returned! The 3DS hasn’t seen a Wii U port since Poochy & Yoshi’s Woolly World in early 2017. Treasure Tracker doesn’t pack quite as many fresh features as that game did, but it’s still a ton of fun. Here’s a tidbit for you – next to Mario Kart 8, Captain Toad Treasure Tracker was my favorite Wii U release of 2014. So it should come as no surprise to learn that I’m quite fond of this 3DS port. 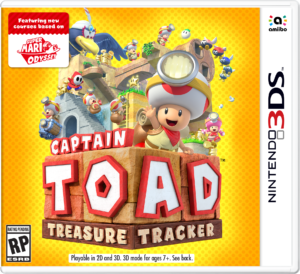 Treasure Tracker always seemed like it’d be a good fit for the 3DS. The smallish courses are ideal for handheld play. The diorama-type exploration is a proper match for 3D effects. This port wisely jettisons the 2D only trend of late, with 3D support. So even if you’ve adventured with Captain Toad before, there’s some new life to the puzzle solving strategy.

This should be clear, but I feel it’s worth a reminder anyway – the 3D will be harder to keep in focus if you’re playing on a non-New 3DS model. The lack of second analog also means camera control (via the d-pad or touch screen) is slower. Of course, both of these may prove to be of minor impact since this is a slower-paced game anyway, save for a handful of courses. 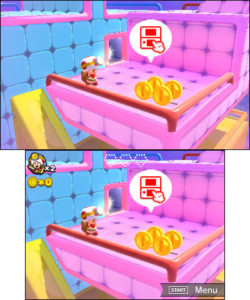 3D or not, Treasure Tracker is a visually impressive port. Nobody expects a 2011 handheld to match the HD visuals of a home console, but I’ll be darned if this doesn’t look great. It really is amazing what Nintendo is doing so late in the system’s life pulling off graphics like those seen in Dillon’s Dead Heat Breakers, Detective Pikachu, and now Captain Toad. This is a choice presentation. Just remember you won’t be playing it in 720p like the Switch in handheld mode.

Speaking of, this 3DS version lacks the limited co-op found in the Switch port. That, along with the HD visuals could understandably sway some. But this 3DS port does offer a few things on its own that the Switch doesn’t. Besides the 3D effects, it has full touch screen and mic support for moving certain platforms, just like the original game. 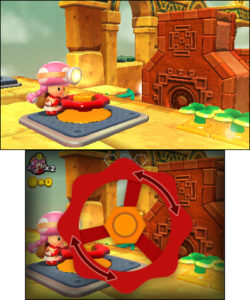 Gyroscopic controls are also included, and now they can be enabled and disabled at will, unlike the Wii U version. Pixel Toad, a later addition updated via amiibo, is now available almost immediately. It’s a fun little hide and seek extra, especially if you bought the Wii U game at launch and never bothered to update it. Completionists will find it a real draw, and this game already offers a good deal of content for the 100% crowd.

The game box prominently displays on its cover how this port features new courses based on Super Mario Odyssey. While these bonus courses are great fun, I wish there were more of them.  Their inclusion comes at the expense of the 3D World courses, which have been disappointingly cut and remain Wii U exclusive. The Odyssey amiibo line let you unlock these handful of new courses much quicker, although you can still access them by beating the game. The regular Toad amiibo, meanwhile, gives you an invincibility mushroom which lasts the duration of a course. 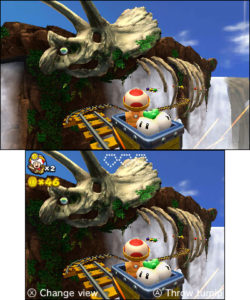 From 3D World minigames, to his own starring role, Captain Toad is rising in the ranks of Nintendo greats, along with Toadette and the Toad Brigade. I just wonder what is next… a port of Super Mario 3D World, or an Odyssey-filled Treasure Tracker sequel? In any case, nearly four years later I still find myself “ready for adventure”! If you missed this game on Wii U (and far too many did) don’t let it pass you by again. Captain Toad: Treasure Tracker is great on any Nintendo system. Don’t take my word for it, try the demo for yourself.

If you missed this game on Wii U (and far too many did) don’t let it pass you by again. Captain Toad: Treasure Tracker is great on any Nintendo system. Don’t take my word for it, try the demo for yourself.