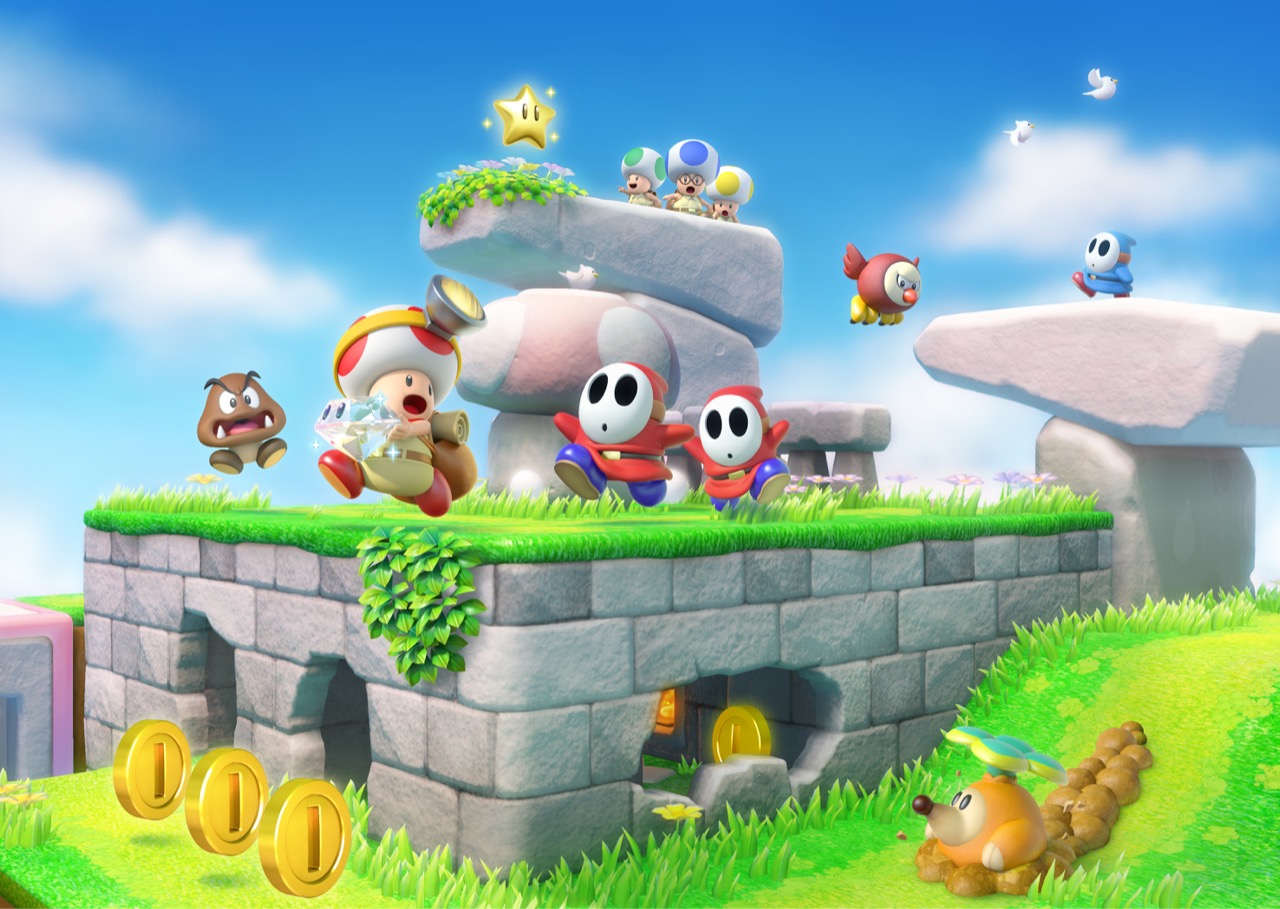 Captain Toad: Treasure Tracker was one of my favorite games on the Wii U. What began as a mini-game in Super Mario 3D World turned into a great, fully-featured game in its own right. Let’s take a look at how the game translates to the Nintendo Switch.

The gameplay in Captain Toad is all about using the game’s camera to find hidden nooks and crannies in each course. Perspective is key in finding all the hidden gems (the main collectible in the game)–there are three in each course. The game also tasks players with certain challenges in each course. Sometimes this means finding a golden mushroom, or not being seen by Shy Guys. Once a course is complete, players can then look for a hidden 8-bit Toad somewhere in the course. Not every course is the same. Some even feature epic boss battles for Captain Toad to conquer. There are also coin challenges that will pop up so there really is quite the variety from beginning to end. Now that we know a little about the game, let’s take a look at what sets this version apart from the Wii U edition. 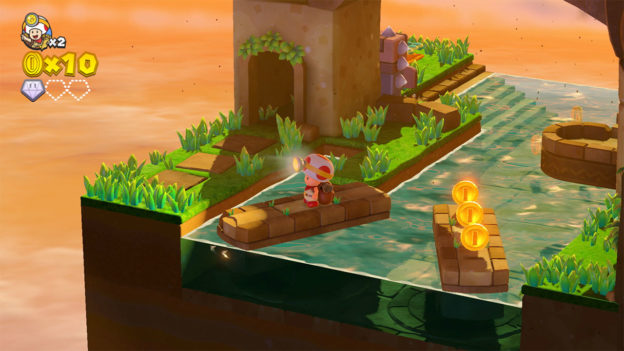 Right off the bat, the biggest advantages for the Switch version over its Wii U counterpart have to be the upgraded resolution and added portability. Now we can play the game wherever we want and it looks great in 720p (handheld mode) and 1080p (docked mode)–some of the lava courses look worse in handheld mode but otherwise, it’s pretty solid. The Switch version also contains some new courses from Super Mario Odyssey. However, these new courses come with a price–all of the bonus Super Mario 3D World themed courses have been removed. While this isn’t a huge deal to me personally, it’s something to be aware of when considering purchasing the game. 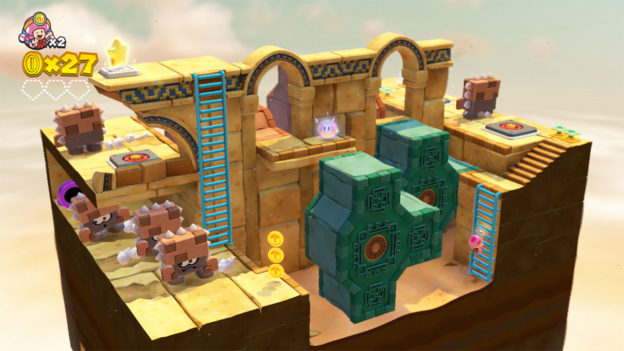 Visuals and content aside, the biggest disappointment I’ve had in the Switch version of the game has to be in the controls department. When playing two-player co-op for instance, each player has to play with an individual Joy-Con. There’s not an option to play with two Pro controllers or two Joy-Con grips. This wasn’t a huge issue, but the controls for 2-player co-op could be troublesome with only the single Joy-Cons for each player. Player two is tasked with using the motion controls in the right Joy-Con to turn gears in certain courses. Unfortunately, the motion controls didn’t always perform well. Katelyn and I made it through those courses, but it wasn’t as intuitive as it should be. Player two can also shoot turnips or hold enemies in place. 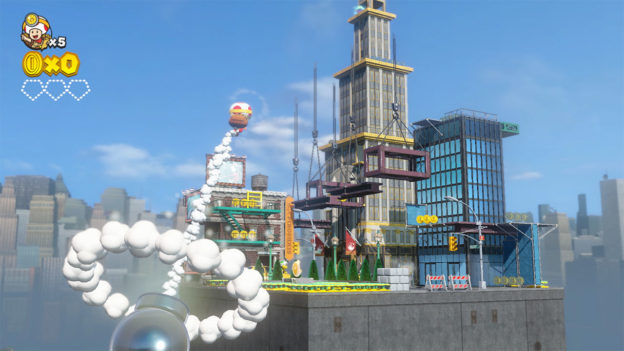 Now, if you’re playing solo, this isn’t really an issue and, in handheld mode, those gear courses can be easily done using the Switch’s touch screen. I honestly think the Wii U has the upper-hand for controlling Captain Toad especially in these courses and in courses containing the movable, glowing platforms. On the Wii U, you simply tapped those platforms to move them. If you’re in docked mode on the Switch, you have to use the motion aiming in the Pro Controller or Joy-Cons to interact with those platforms and it just isn’t as efficient as the Wii U GamePad. 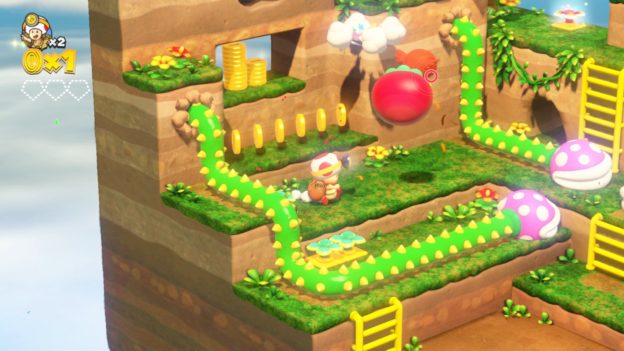 Controls are really my biggest complaint but, overall, the game is still fantastic and worth playing. The worlds are vibrantly-colored, the courses are fun, and there is plenty of challenge in store for every type of player. If you’ve been looking for a relaxing puzzle-platformer to play in between your other Switch titles, you won’t find a better one than this.

Controls are really my biggest complaint but, overall, the game is still fantastic and worth playing. The worlds are vibrantly-colored, the courses are fun, and there is plenty of challenge in store for every type of player. If you’ve been looking for a relaxing puzzle-platformer to play in between your other Switch titles, you won’t find a better one than this.