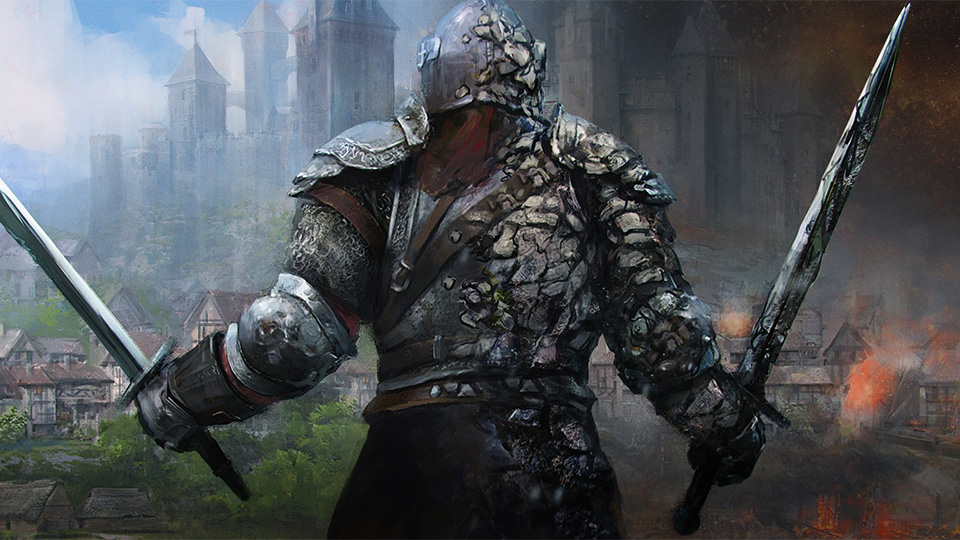 Editor Update [June 8, 2018]: Castle of Heart received a major update after this review which addressed several of our concerns. As such, we have changed our original score and highlight the updates below in italics.

Castle of Heart is a bit of a misnomer. A Nintendo Switch-exclusive from 7Levels, this 2.5D platformer has no heart, or at least not one it wants to share with the gamer. It’s sadistically difficult, but do the rewards outweigh the frustration?

Our hero is a knight who—because he allows his love for a woman to interfere with her sacrifice—is turned to stone. In fact, his whole village is turned to stone, because that’s exactly the type of thing video game sacrifices are supposed to prevent. The woman’s love for him brings him back as a living statue, but no such luck for the villagers; they all remain dead, and the knight doesn’t care. He just wants his lady back. Stone in love, as they used to sing.

So, off he goes on the type of platformer adventurer you’ve played many times before. 7Levels adds some new twists here, though, and your reception of them will be determined by your level of patience. 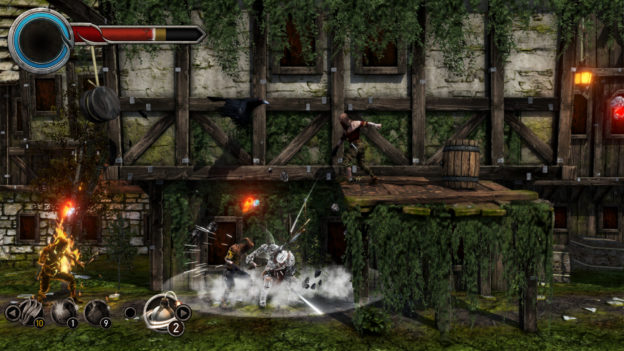 Most notable of these is your condition. Being nothing more than stone with a human heart, your health deteriorates even when you’re not taking damage. This is exacerbated by the brutal attacks of the enemies you face almost right away. Castle of Heart gives you one easy level to get used to the game mechanics, and then immediately gets very tough.

But wait, it gets even worse. Not only does your health drain constantly, but when it drops to a certain level you’ll lose an arm. Yes, that’s right, when you’re doing poorly and getting close to death, the developers thought it would be a good idea to take away one of your weapons and make the game even harder. Why so angry, guys?

So, in order to complete a level you’ll need to constantly replenish your health. This is done by killing enemies and finding red health bottles (orbs?) hidden in boxes and barrels and in hard to reach places. That’s fine, except that defeating enemies rarely gives as much health as you lost attempting to fight them, and because the health drops so rapidly you’ll often spend more time reaching the bottles than you’ll replenish by getting them. 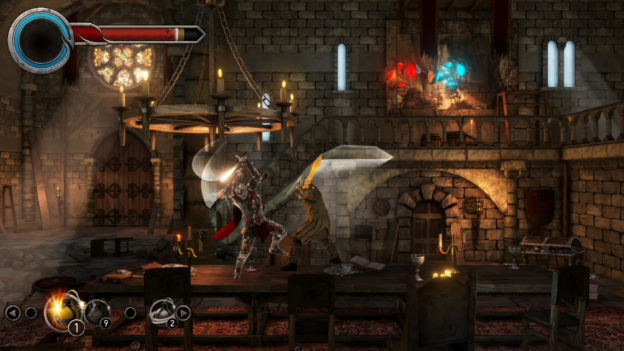 Part of this is due to the methodical controls. Combat and movement aren’t clunky, necessarily, they’re just slow (you’re made of stone, after all). There’s a rhythm you can get into for fighting, blocking and dodging, and learning how specific enemies will attack can make the proceedings easier to get through. However, so much is happening onscreen at any given time that this rhythm is hard to maintain. Between fighting multiple enemies and avoiding/utilizing environmental hazards, the gameplay usually descends into chaos. It’s often better to avoid fights by jumping/rolling past enemies and just hoping there’s a box around with some health in it. At the least, make sure you pick up a projectile weapon such as a spear or bow and trying to take out enemies before they reach you.

To address the difficulty, Castle of Heart now provides an “easy” mode that lowers the difficulty level, more quickly replenishes health and is more forgiving in battle. In addition, “normal” mode does a better job of indicating when and where to use your secondary weapon, improves character control and balances combat.

Scattered throughout the levels are various events that you see sliding down ramps at such sudden speed that it’s difficult to avoid all the traps and obstacles along the way. The game thankfully starts you back at the beginning of each when you die, so there’s no need to constantly save and reload. Even when you get through them you may want to play these sections again just to pick up everything you missed by not properly timing your jumps. 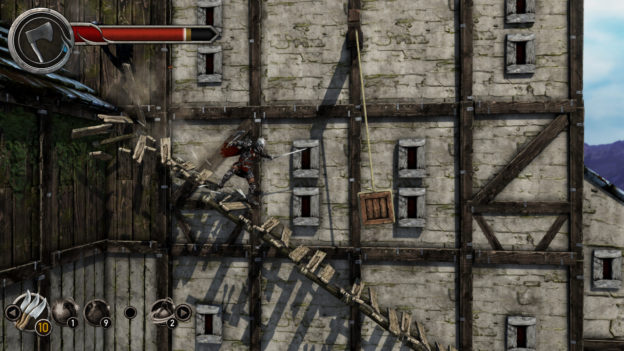 And then there are the boss battles. Just as difficult as you’d expect, I actually enjoyed these more than the levels leading to them because the reward was more immediate and gratifying. That, and they’re just exceptionally cool. 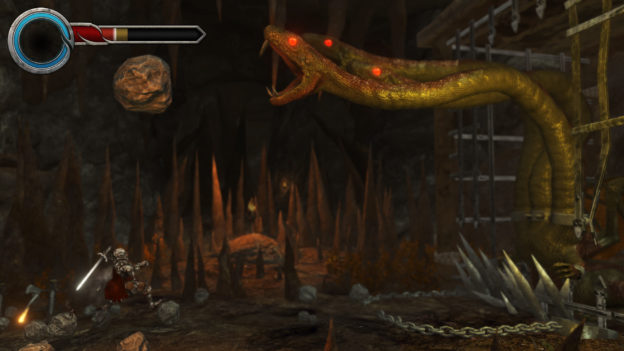 Visually, Castle of Heart is a feast in both docked and portable mode. I preferred to play the game docked where the environmental details/lighting and changing weather conditions are easier to appreciate, but the game doesn’t suffer on the smaller screen of the Switch itself. Reaching a new environment to explore ends up being one of Castle of Heart’s greatest rewards, in part because it means you actually survived the previous level. There are 20 levels in all spread out across four environments, and it’s going to take you a while to get through them. 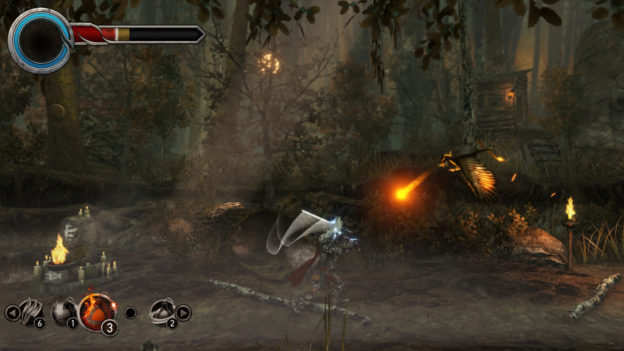 The developers at 7Levels make no bones about the fact that this game is hard. Like old platform arcade games, it seems designed to get you out of the way quickly so the next kid with a quarter can step up. But therein lies the appeal. I complained to my son about the game’s difficulty, to which he replied, “That’s because you suck at games like this.” That opened the challenge, and suddenly he and I were both forcing our way through it to try to best the other. Well, at least for a while. Then he gave up and I returned to my slog.

Although I originally recommend Castle of Heart only to those who are up for an extreme challenge or who have something to prove to their punk children (or punk parents), with the updated version I can recommend it to anyone who appreciates a good action platformer. Easy mode is still challenging enough to prove rewarding, and it allows you to appreciate the game’s visual splendor without too much frustration. If you’re up for a supreme challenge, normal mode is still brutally difficult, but not as unfair as the original release.