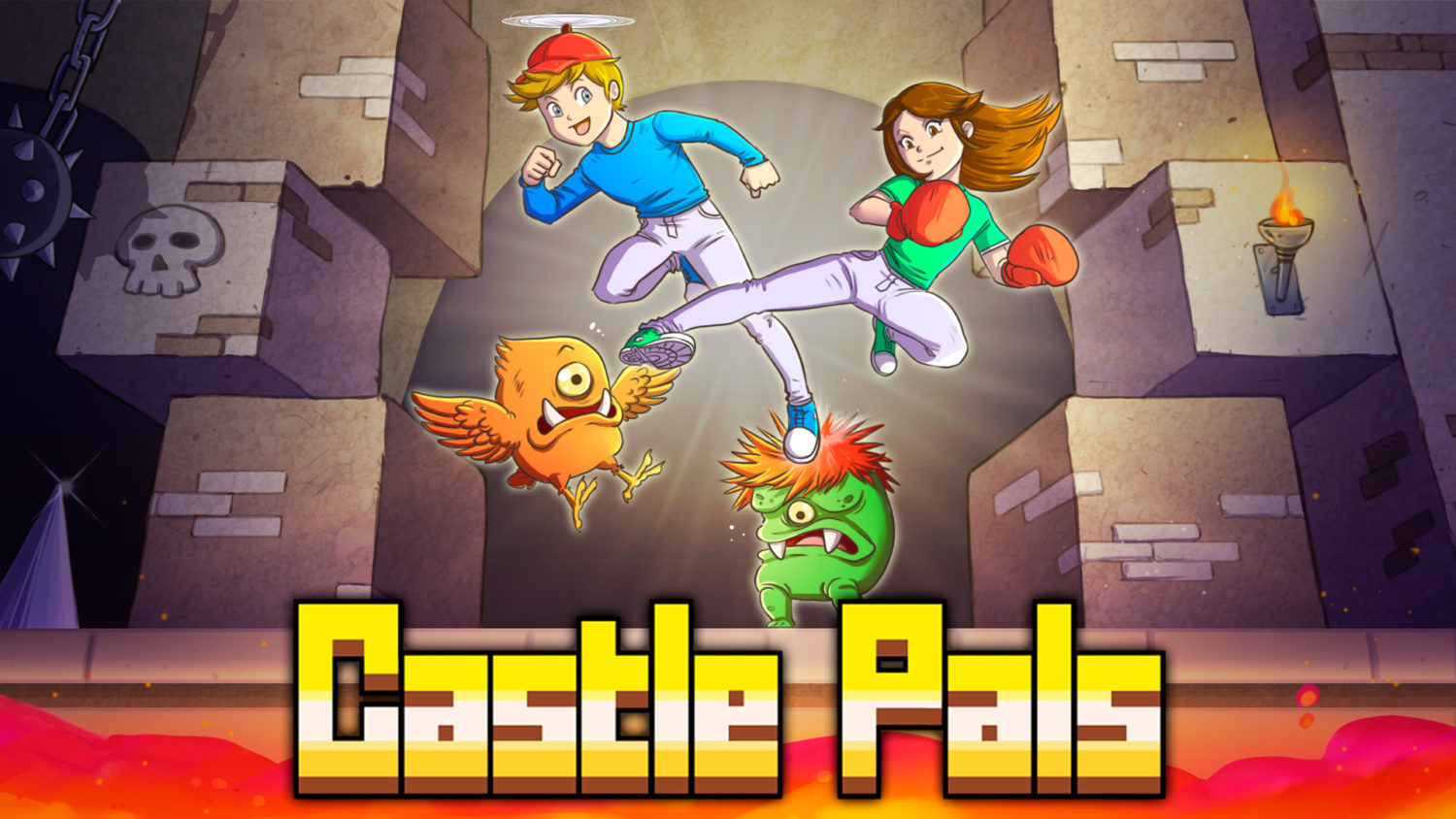 Castle Pals is an arcade platformer for the Nintendo Switch. It originated as a game for smartphones, and it sees you play alternate roles through a dangerous castle. Does it hit the spot, or would it have been better left where it was? Thankfully, while the premise isn’t new, it’s a fun journey with some ingenuity of its own.

The game’s simple story sets you up as one of two protagonists: Kylee and Owen. Rather than choosing your character, you play as both, alternating between the two from one level to the next. This cleverly allows levels to be designed specifically for each character, who sport their own unique powers. 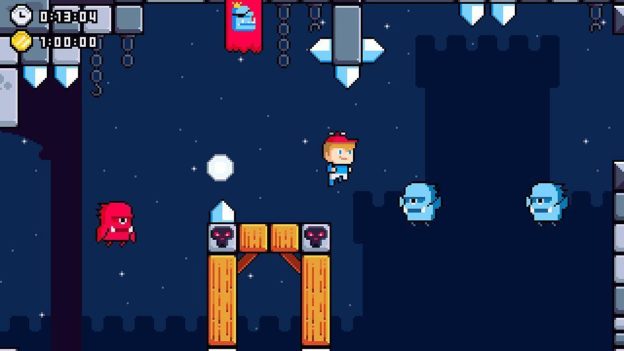 Kylee is the fighting type, brawling her way through enemies by punching and kicking. Owen, on the other hand, has a handy helicopter hat that lets him soar across dangerous areas or reach great heights gracefully. Both can also jump—handy for platforming and bopping enemies on the head, Goomba-style.

There are three “Acts” in the game, which is simply a way to segment the levels, though there’s no difference in environment or music between each one. Each Act comprises 12 levels, giving you 36 to conquer. If you can manage to find all three jewels scattered somewhere across these 36, you’ll also unlock a further 20 Lost Levels, giving you 56 altogether. 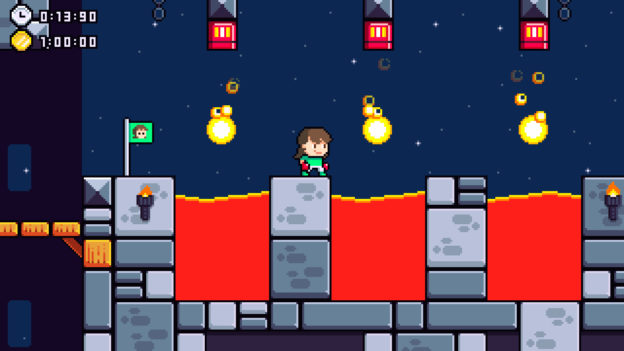 Each level is locked until you complete the one before it, forcing you to retry until you get it right. This could prove frustrating for anyone less skilled in the art of platforming. The difficulty ramps up steadily as you progress, though it’s not the most difficult platformer I’ve played. Levels are fairly short and repeat plays allow you to learn the patterns. The numerous deaths highlight the game’s mobile origins, since dying leads to a very quick respawn at the beginning (or halfway point, if you’ve reached it). This creates a quick and addictive gaming experience that inspires a strong “just one more go” incentive.

Additionally, each level is timed, with a set time to beat also on display. If you come in under par, you’ll receive a gold medal, providing another little incentive to replay. 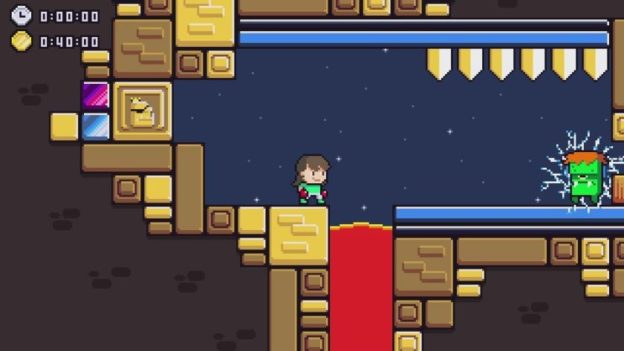 There are plenty of pitfalls to avoid during levels, including spikes, lava, monsters, and lasers. Some levels also have multiple paths or gates that require a switch block to open. These switches are occasionally out of reach—or even the wrong color—which provides some simple puzzle moments as to how to make it through. It varies the gameplay and adds to the overall concept. Individual elements might not be particularly groundbreaking, but it works well together. Coupled with the fun character mechanics, it gives the game a fresh feeling.

The simple graphics are quite nice in that retro 16-bit way that we love to reminisce about. It’s a colorful and vibrant game, with cute sprites that capture the comradery of two pals adventuring through a castle, complete with big smiles on their pixelated little faces. The audio is suitably cute, in a slightly dramatic you’re-in-a-dangerous-castle kind of way. For some reason, the sounds of lasers and other obstacles reminds me of Commander Keen. Ah, the ‘90s.

Castle Pals uses clever character and level designs to create a somewhat fresh-feeling platforming experience. The short and sweet levels are meant to be completed quickly, and it’s certainly fun while it lasts.