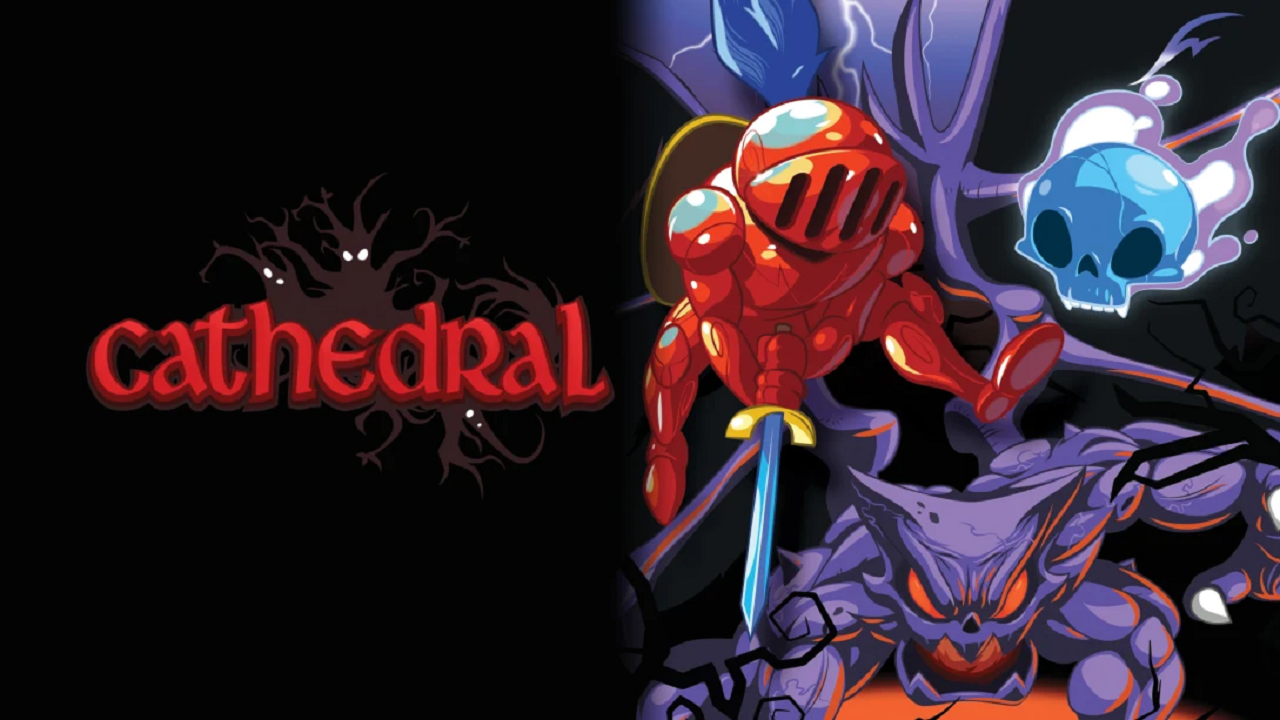 Cathedral is an action-adventure platform game. Let’s take a look at how Cathedral stacks up to other action platformers on the Switch.

Players take control of a knight in red armor, which they can name whatever they would like. Much like Link, the knight does not say much, which may cause frustration to other characters within the game. I’m not sure if it was intended, but it does result in some slightly humorous situations. In the beginning, you start in a cathedral in which they’re given one directive to escape. Then as you explore the first several rooms, you complete the tutorial.

As you explore the cathedral and pick up various helpful weapons and upgrades to your armor, you get past different obstacles and solve puzzles. Eventually, you come across a spirit who will help you along your way. You find different charms along the way that give the spirit different abilities, such as telepathy.

As the exploration of the cathedral, woods, and surrounding towns and cities takes place, they collect gold by defeating enemies. The gold is used to purchase items in shops, and when you die, you lose ten percent of your gold.

While you’re exploring, you may come to what feels like many dead ends. However, as you progress through the game and grab other items, the more accessible the dead ends become.

As you make it through the game, characters will give you side quests. The side quest usually earns you money or equipment to make your travels easier.

At times getting to a certain and finding a dead end could be a bit frustrating. It was always exciting when you finally found the power-up that would allow you to pass through. As you reveal more of the map and more errors to explore, there’s a way to mark the map places you would like to return to if you do not have the current ability to pass. I’m also acting as a very good tool to access when you’re not 100% sure where you need to go. Rooms that have not been discovered are often very noticeable. Maybe you need to complete the next to further access more areas and to advance the story.

Cathedral felt a little bit difficult but not too much that you would feel overwhelmed without trying again. At no point during playing did I run out of money due to deaths. On a more positive note solving puzzles always felt rewarding. It kept you encouraged to continue to want to go further.

Cathedral is a welcome addition to the Nintendo Switch library. It was a lot of fun solving the puzzles and finding my way around the cathedral and surrounding areas.

Cathedral is a welcome addition to the Nintendo Switch library. It was a lot of fun solving the puzzles and finding my way around the cathedral and surrounding areas.