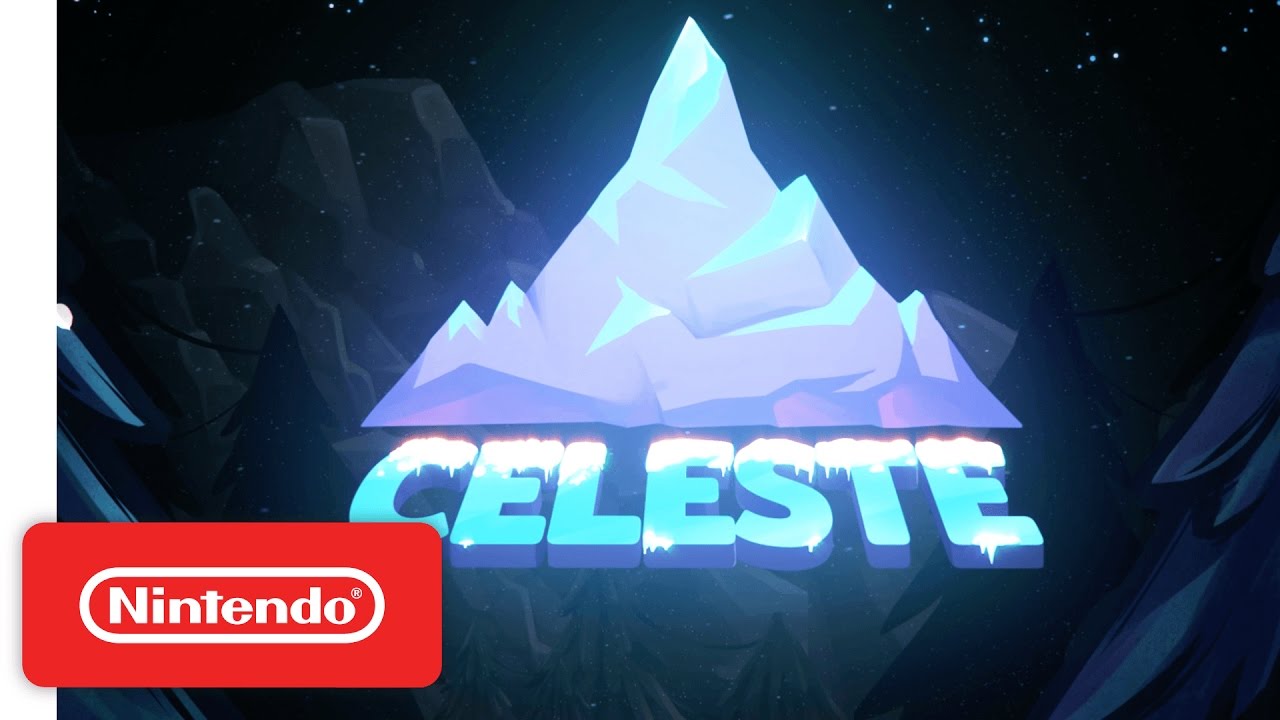 Celeste is an action platformer from Matt Makes Games. There are many similar titles already on the Switch, but where does Celeste stack up? Celeste does a great job separating its name from the crowd. It’s effective at telling a fun and entertaining story, and also does a great job of mixing the retro style of gameplay with modern controls. The platforming adventure pulls these great qualities into one making for one great adventure.

The story is told through the progression of the game, Like any game, it has cutscenes that help tell the story. The major part of the narrative is actually told through gameplay. During the gameplay, the level of difficulty helps tells the story of Madeline’s urge to climb Celeste mountain. Completing the challenge gives that satisfaction of what Madeline must be feeling, thus telling more of her story.  Something about this game made me want to make sure she reached her goal. 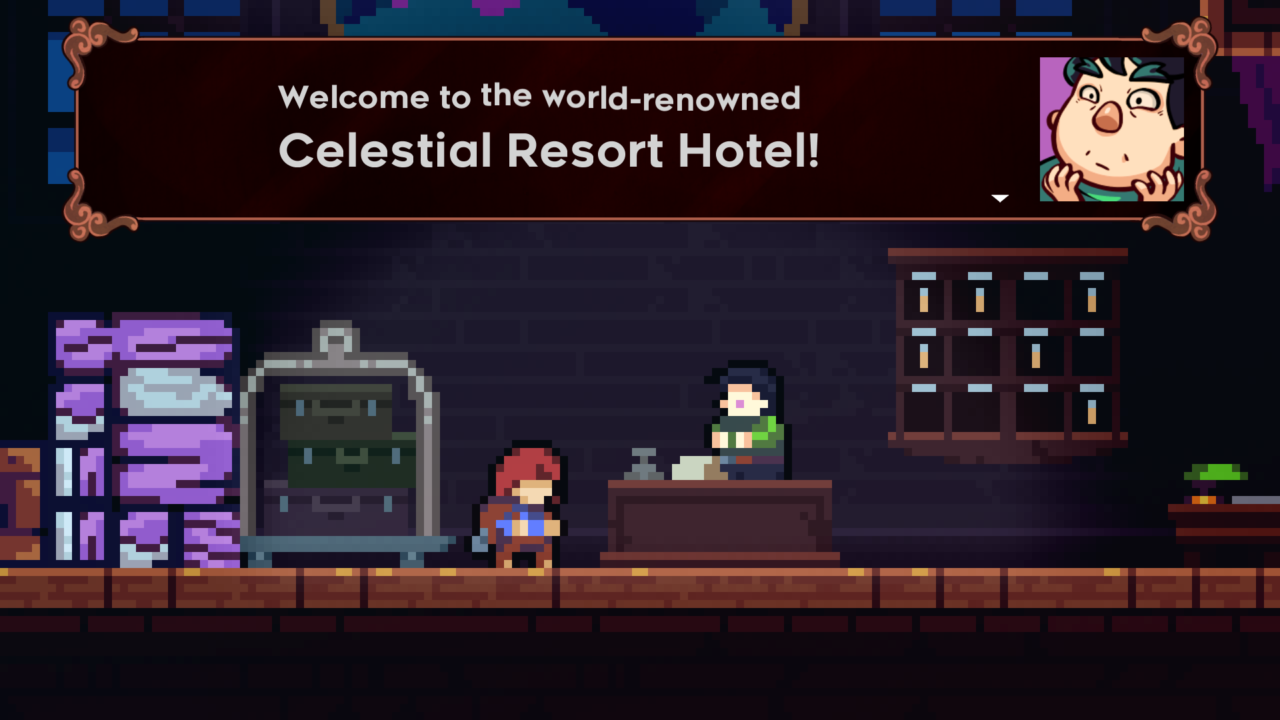 You play as Madeline, a young girl with has an uncontrollable urge to climb Celeste mountain. She made a promise to herself that it is something she wants to and will do. As Madeline progresses her way up the mountain she soon may learn she is in for more than she bargained for. Along the way, Madeline meets up with non-playable characters: Theo a photographer, Granny who lives on the mountain, and Mr. Oshiro, a ghost that lives in an abandoned hotel on the mountain, whom at times she seems less than impressed with. As she traverses up the mountain Madeline develops a different relationship with each of them. She will also meet up with different parts of herself, and eventually forced to face her inner demons. To avoid any further spoilers I will leave it at that.

If playing video games has taught me one thing over the years it is that spikes hurt, and it is game over when you hit them. Playing Celeste only reinforces that fact. Be prepared to jump over, around and unfortunately into them as you progress your way through this platformer.  As you control Madeline through the game, you help her along with jumping, dashing and climbing your way across the terrain. 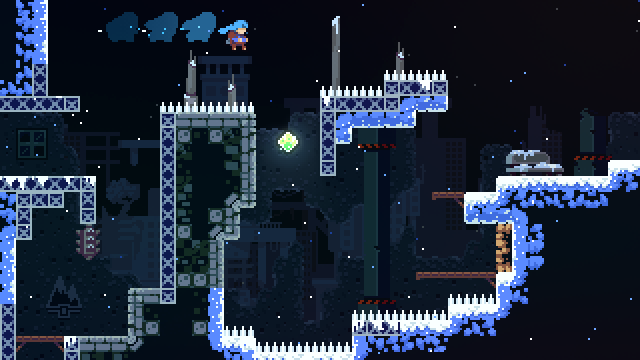 Celeste features an autosave function as well as the option to save and quit. The save and quit option allows for players to pick up right where they left off. This feature was especially handy for stopping the game without having to worry about getting back to that point.

Celeste also offers an assist mode, but when selected the developers kindly warns that part of modifying the game’s rules reduces the difficulty. However, it also reduces the integrity of gameplay as well. There is something extremely rewarding about being able to play a game and complete a jump or multiple jumps that you did not think was possible. You may also find a secret along the way.

During my experience playing, I died many, many times, some of those moments were a result of my own dumb mistakes. Other times it was due to my lack of platforming skills. Aside from dying I can not count how many times I thought to myself “this is my favorite part of this game.”  Although the game has a retro look to it, the controls have a more modern feel to them. When I jumped or dashed Madeline always landed where I expected her to. 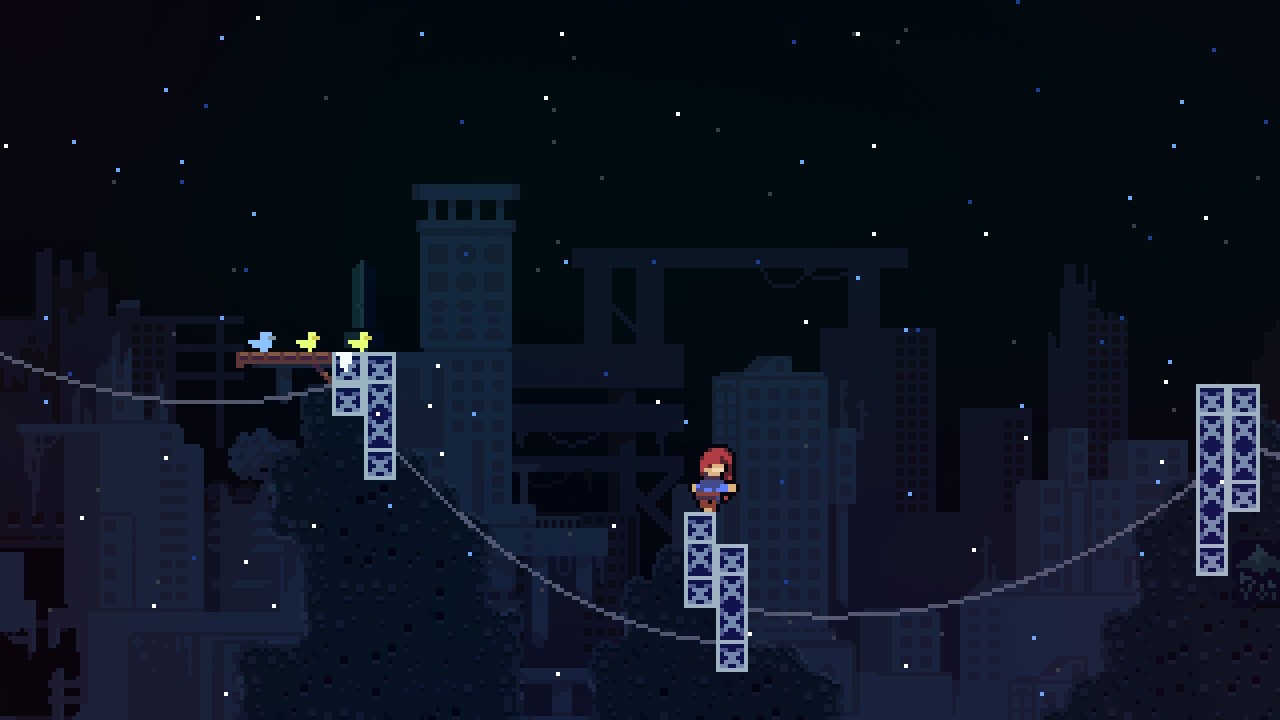 Normally in my reviews, I don’t mention the music of a game, but this time I feel the need. The music just made the story feel complete. Something about it linked to the character and gameplay and story.  Nothing about it added stress to the game but rather more of a soothing flow to the game that at times felt like it was setting a tone or pace for the platforming.

During my play-through there were some rooms that I had missed, which lead to slight frustration. Luckily, once a level is complete you can go back and replay it. During gameplay, you’re given the option to collect strawberries, but those are more for bragging rights than anything else. If you want to collect them all you can go back and try.

I have played many difficult platformers in my life, many of which felt overly difficult and in the end I lost interest. There was something about Celeste that kept bringing me back for more. Whether it was the feeling of “look what I can do” or “I know I can do this” or the reward of feeling accomplished when making a difficult jump. Through it all, I never lost interest. I just kept trying until I was able to complete a stage. There was something about trying again and again that felt like part of the game. The search of what was going happen next in the story also kept me going. Since complaining is fun for me, I wish I could find something to complain about in this game, but I can’t.  Gamers who enjoy a difficult but rewarding platforming experience should definitely check Celeste out.

Gamers who enjoy a difficult but rewarding platforming experience should definitely check Celeste out.