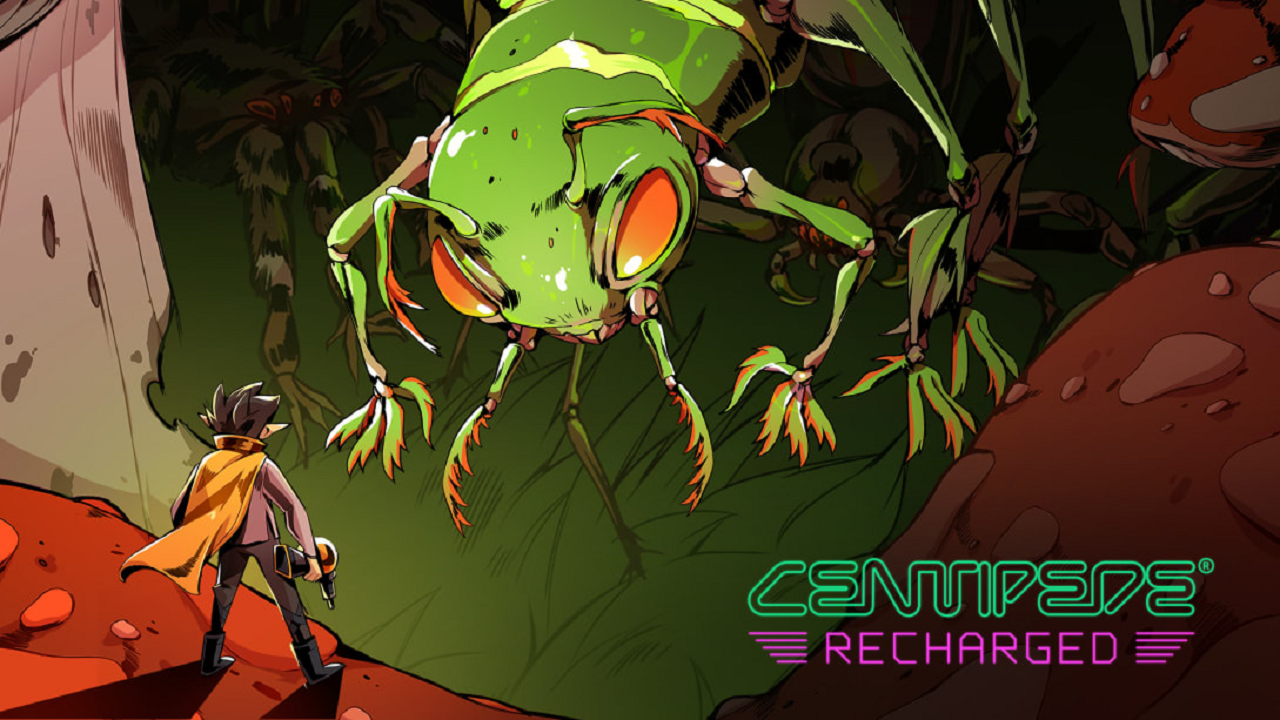 Eh, somewhat. But the game doesn’t make a good first impression. If you select options as your first choice, the game will crash. Every time! It’s easy enough to avoid once you know about it, but how did something like this get past the testers in the first place? It needs a patch ASAP.

This Recharged version delivers more options overall (once you can access them without the game crashing). Inverted controls, vibration strength, a screen-shaking graphic effect, and tweaking the audio are among them. My graphics suggestion is to make sure the “Immersive mode” isn’t enabled, as it will limit your screen view. My audio tip is to lower the SFX volume and better appreciate the music, which adds some welcomed punch.

Odd glitch aside, you’ll be pleased to hear that Centipede: Recharged plays well. More importantly, it’s fun, especially in co-op. But this shouldn’t be surprising. The original Centipede went neck and neck with Donkey Kong during the imperial phase of the arcades. It’s a classic, and it holds up for sure.

Recharged has over a dozen fun powerups to help you with the insect swarms. What it doesn’t offer, inexplicably, are any dip switch settings. Do you desire the default three lives of the arcade original? Alas, you only get a single one (except in co-op, where you can revive if your partner grabs a powerup). Want to toggle the difficulty or earn extra lives? No such options are happening here. Why?

Thankfully, specific challenges are a great addition. They’ll task you with goals like “destroy 20 scorpions” or “survive 90 seconds without destroying a centipede.” These can be tackled both solo and in co-op. Achievements are on hand, too, such as reaching 2,000 points without missing a single shot, as are leaderboards. They add longevity to a game that’s already highly replayable.

Centipede: Recharged is fun. But the question remains, why does it not have options that were present 40 years ago? Throw in some bugs—not the in-game kind, the glitchy kind—and missing options, and you have a game that has an uphill battle justifying the launch price jump to $9.99. This reimagined version doesn’t go as far as expected.

When all’s said and done, though, Centipede is so classic that it’s almost always enjoyable on any system, and the same is true here. I hope Atari tries harder with future Recharged installments, but I can’t deny that this mixed version is still fun. If you have someone to play co-op with, grab the game and hope for Millipede: Recharged to follow. 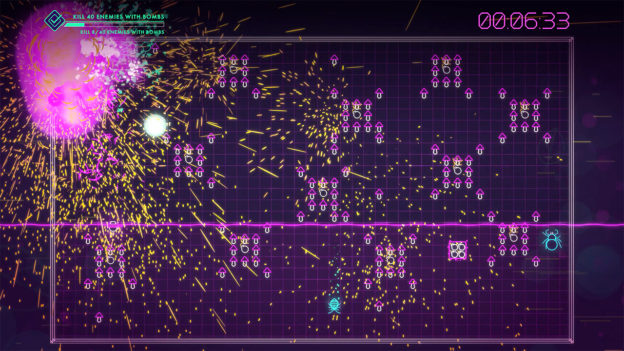 When all’s said and done, though, Centipede is so classic that it’s almost always enjoyable on any system, and the same is true here. I hope Atari tries harder with future Recharged installments, but I can’t deny that this mixed version is still fun. If you have someone to play co-op with, grab the game and hope for Millipede: Recharged to follow.