Chaos Code: New Sign of Catastrophe is a 2D fighting game for the Nintendo Switch. If you’ve ever played a fighting game before – from Street Fighter to SNK Heroines – you’ll know exactly what to expect. It’s a shame that this title doesn’t perform as well.

From the outset, there’s nothing unique about Chaos Code. You’re presented with the usual array of fighters from which to choose before being thrown into a series of bouts until you reach a boss character. Fights are composed of three rounds, with special moves to master, combos to pull off, and a special meter that fills so you can pull off even more powerful moves. Yawn.

OK, I’m being a bit harsh, but this is nothing we haven’t seen before. Thankfully, the actual gameplay isn’t too bad. Fights are fast and fluid, with a colorful manga-inspired version of Japan as the background. It’s a shame the screen is chopped off on either side with your character’s list of moves – handy, sure, but isn’t this something that should be made optional? Especially since moves are also available via the pause menu. Unfortunately, there’s no way to toggle off these large sidebars, creating a much smaller area in which to fight. 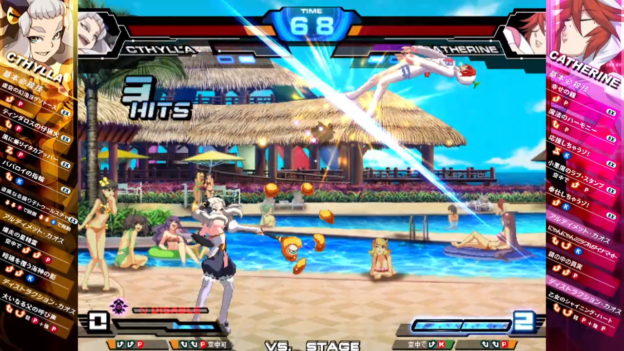 There are several modes to choose from. Arcade Mode is basically a story mode, albeit with a very limited narrative. Each fighter you choose presents a basic, one-line story before beginning his or her journey to the boss. There’s no progression during stages and no reason given as to why you’re fighting other random characters, not until the final boss. Fighting games aren’t known for their strong stories, but it would give me something to work with.

Other modes include your usual Vs. mode for two players – CPU or human – to bout it out. There’s a practice mode to hone your moves, a survival mode consisting of one-round matches until you can’t take any more hits, and a mission mode with 50 fights to win based on various conditions. Maybe you can’t jump, or your opponent is super strong. This is actually a fun idea, which soon becomes ridiculous – in one mission you can’t jump and your opponent can kill you with one hit. It’s basically impossible for all but the most skilled of fighters.

It’s important to note that none of those modes include online play. For some reason, each mode mentions “offline play” in its description, which made me think I’d find one with online play eventually. Why mention it if they’re all the same? 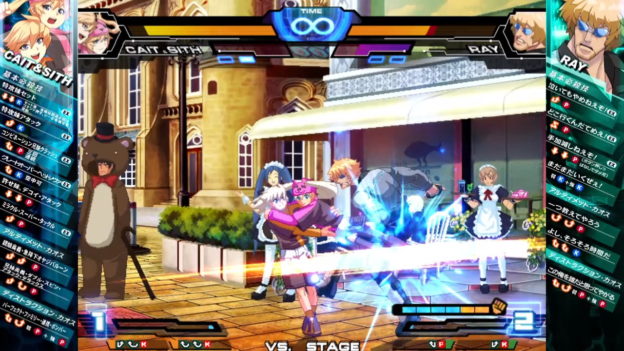 There are many other user interface issues to bug nitpicky gamers like myself. For instance, typos and grammatical errors litter the text. I’m assuming the game was translated from Japanese, but there’s no excuse for such poor quality – especially considering how old this game is. The original came out in 2011 in Japanese arcades, but the first home-platform version surfaced in the US in 2013.

Speaking of languages, I hope you speak English or Japanese – preferably both – since there are no other language options. Despite all on-screen text displaying in English, the characters themselves shout at each other in Japanese – without subtitles. Maybe it’s not important, but some of the banter is quite lengthy – why don’t I know what they’re saying? It could be pertinent to the lack of story I mentioned. 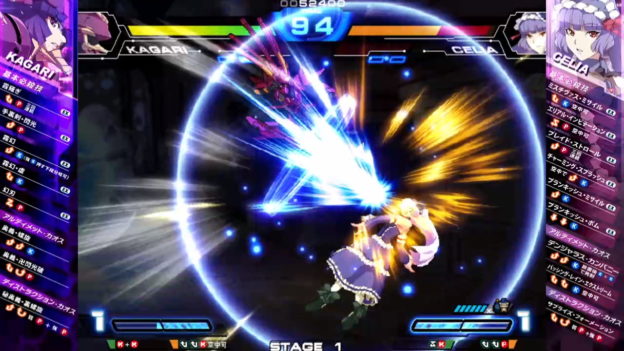 My favorite confusing moment was when I checked out the main menu, looking for some language options or button configurations. There’s a “How to play” section that looked promising. Instead of actually telling me how to play, it provided a badly formatted history lesson about what the “chaos” in “chaos code” actually means. Oh, there’s the story!

Here’s another example of a user interface issue I found. When you fail to beat an opponent, you’re shown a “continue” screen, much like any typical fighting game. As it began counting down from 10, I pressed the A button to continue. Nothing happened. There are no on-screen instructions, but maybe this backwards game likes a B-button input here. Nope. Y? X? Double nope. Even L and R were useless. Finally, I pressed the + button (because, why not?) and the countdown stopped, the screen faded, and I was ready to continue on my path to victory.

My button issue was solved, but what would you expect to happen next? Maybe you’ll get to have another crack at that boss who just beat you? Wrong! It’s back to the beginning, right to the character-select screen, to do it all again from round one. I refuse to believe this is how “continuing” works. 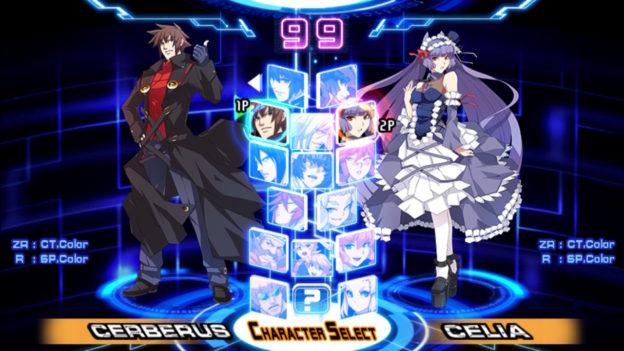 One thing in this game’s favor is the price. At just $9.99, a hardcore fan might be tempted to give it a go, despite everything I’ve mentioned. If you don’t care about bad grammar, standard combat, lack of online play, and other user interface issues, give it a go. If you want to play a better fighting game, check out almost any other fighter out there.

Overall, Chaos Code: New Sign of Catastrophe is an average fighting game. While the gameplay isn’t bad, the many user interface flaws, lack of online play, and sheer generic nature of the game make this one hard to recommend to anyone but the fiercest of fans.

Chaos Code: New Sign of Catastrophe is an average fighting game. Although the gameplay isn’t bad, there are too many other underlying issues that keep me from recommending this title. Try another fighter instead.