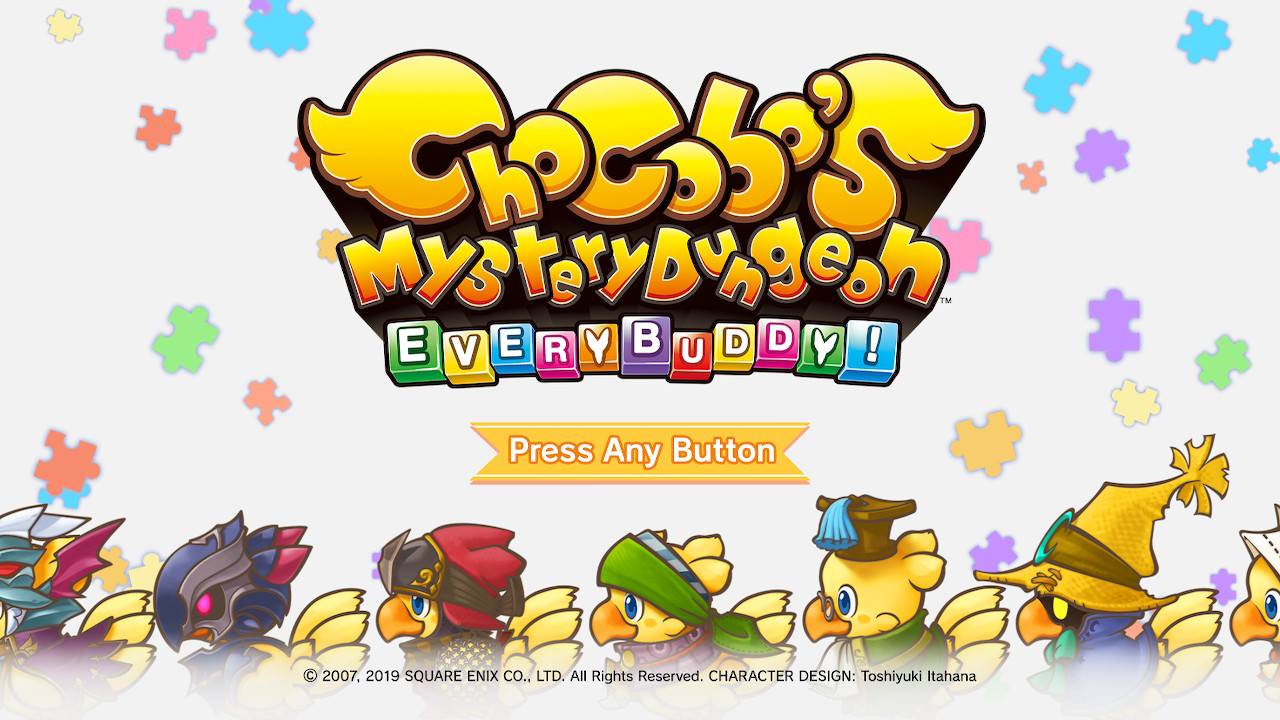 Chocobo’s Mystery Dungeon EVERY BUDDY! is a role-playing dungeon crawler from Square Enix on the Nintendo Switch. While the story of this game is pretty linear, the mystery dungeons add a lot of depth to the gameplay. No two playthroughs are ever the same and between bringing buddies and changing jobs, there are various ways to play too. 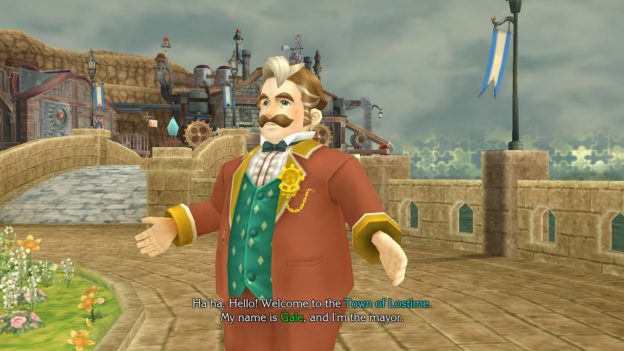 It took a while to get the game to start. Maybe I’m impatient, but I felt as though the loading screens were much longer than any other game. Not to mention, the beginning of the game is riddled with cutscenes. However, once you get through the first dungeon, which serves as the tutorial, the story truly begins through cutscene after cutscene.

Chocobo and his human partner, Cid, are thrown out of the dungeon they were exploring (the tutorial dungeon) and end up in the Town of Lostime. The catch about Lostime is whenever the bell rings and you hear it, people forget what they were saying and doing and lose some memories.  They meet Mayor Gale, Shirma and her Aunt Stella and discover the bell can’t be heard from Aunt Stella’s farm. She and Shirma allow you to stay with them.

This is where the game gets a little weird and the story totally lost me.

An egg falls from the sky and a human baby hatches from it. Shirma takes it upon herself to take care of him. Except, he’s able to go inside people’s minds when they forget things. Being only a baby, it’s up to Chocobo to go in their minds and get the baby back all the while clearing their minds and giving their memories back. 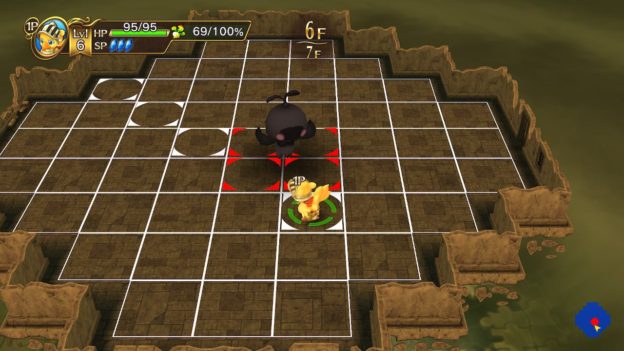 Going into their memories are, of course, the dungeons in the games. If you’ve ever played the Pokemon Mystery Dungeon games, then you’ll be familiar with how the dungeons work in this game. Each floor is randomized with enemies, items, and traps – some traps being good, such as filling your hunger, and some bad such as damaging you a bit.

The dungeons vary in different lengths. The first few being less than 10 floors. The first major dungeon, where the boss is, is about 22 floors with a checkpoint after reaching floor 10.

The floors are easy enough to get through. Your HP regenerates by one with each step you take. You can also hold the A and B button down together to regain health, though it counts as steps. So, while you’re not moving, enemies can move and sneak up on you while you’re healing.

Throughout the dungeon, you’ll earn experience points as you battle enemies and eventually level up which will increase your HP and SP, for special attacks. JP, Job Points, will also appear so you can level up and change your current job.

Chocobo starts off as a Freelancer though I changed him into a Knight the moment the job was available. Enemies also drop BP, which stands for Buddy Points. The more you gather for a specific enemy, you’ll be able to eventually bring them on an adventure with you for them to help. 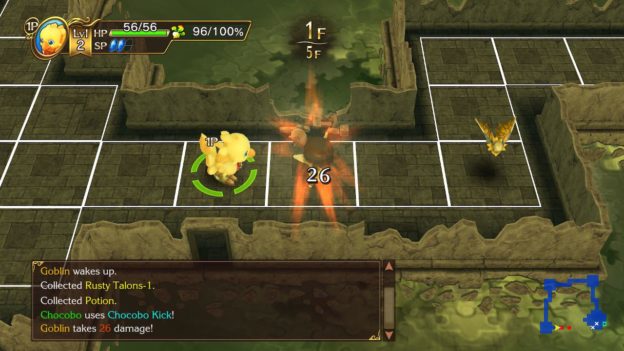 Chocobo only has a limited amount of pocket space. So, whatever you pick up in the dungeon, you need to use or get rid of if you can’t hold anymore. Some items, such as armor are always around while other items, such as food, are rarely around. This can be annoying when you’re in a dungeon with a lot of floors because you quickly run out of food. Once Chocobo gets hungry enough, he’ll start taking damage from fatigue.

Once you enter a dungeon, you can change your job or go straight to a certain floor (if you reached the checkpoint). You can’t decide which buddies can come with you, you have to make that decision before entering the dungeon – this is something I learned the hard way. You can also can’t organize your items. You have to do that at the storage shop in town beforehand.

I wish you could decide once you get in the dungeon, or give you the choice once you reach the checkpoint, so you can clean out your inventory a bit. You just have to decide what’s important and what’s not. 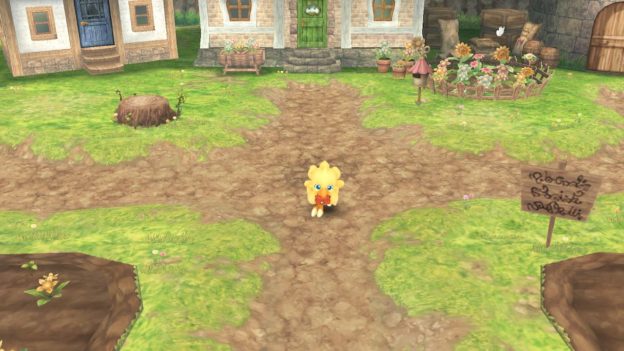 Other than meeting new people and bringing their memories back, I felt as though there was no point to being in town. I would have been happier with the game just hopping from dungeon to dungeon. As you clear people’s minds, they say something in between each floor. This, I assume, has to do with the story, but none of it makes sense. I didn’t get to know the characters well enough to understand their stories or to even care about them.

Chocobo’s Mystery Dungeon EVERY BUDDY! is interesting, to say the least. I loved the dungeon gameplay, but I could have done without the story and even some of the characters. The story was odd and wasn’t executed well even though the mystery around Lostime was pretty cool. However, the cutscenes were so long, and even though the voice acting was pretty good, I found myself wanting to skip through the text just so I could get back to playing.

Overall, Chocobo’s Mystery Dungeon EVERY BUDDY! is a fun game to play, though the story and some of the characters could have been done better.