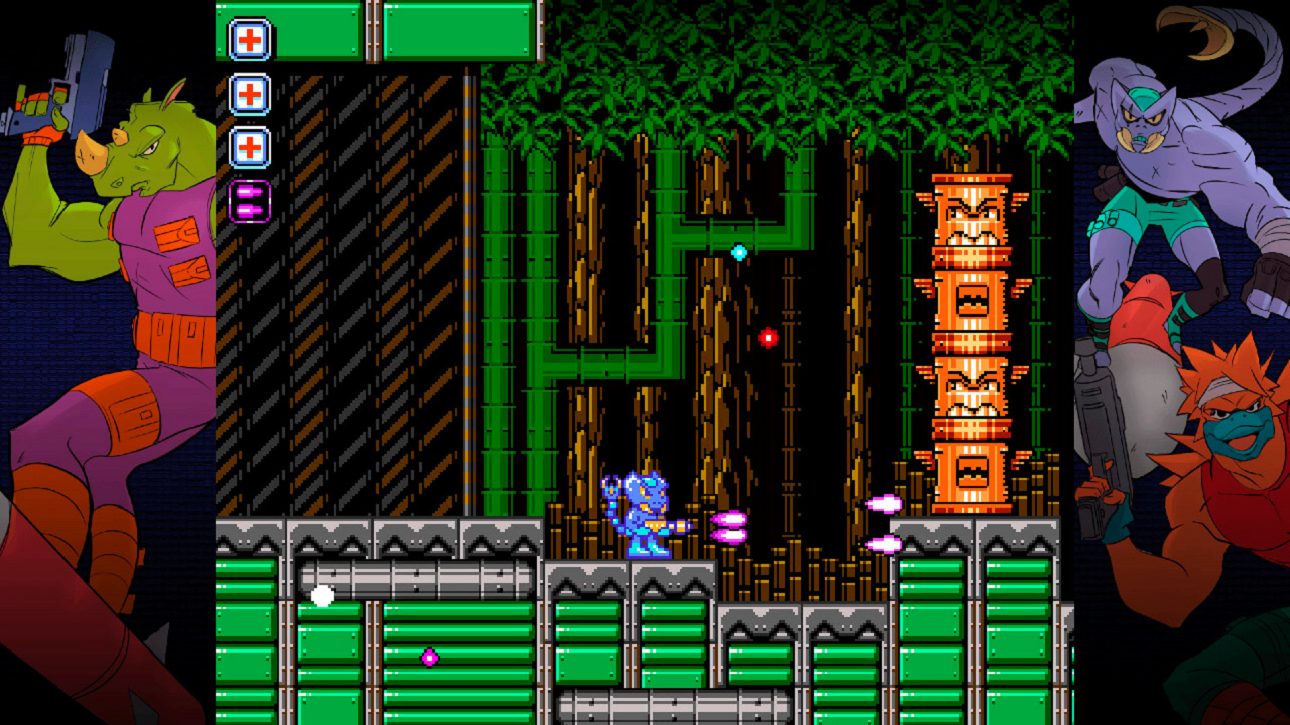 A “love letter to classic 8-bit run-and-gun action games and 80s cartoons”, Clash Force succeeds in capturing the spirit of those but comes up short in a few key areas.

An invasion of evil forces calls for you to save the day! I’ll forgive the plot because a run-and-gun platformer like this doesn’t need much story. The enemies are mostly robotic, not unlike the type you’d see in a Mega Man game, so they work well here in Clah Force.

The controls are as uncomplicated as you might expect. Still, the game includes an optional small tutorial level for you to get acquainted with them. Curiously it omits that you can hold down the right triggers for continuous shots. I discovered that on my own, but whoever did the tutorial dropped the ball on that. 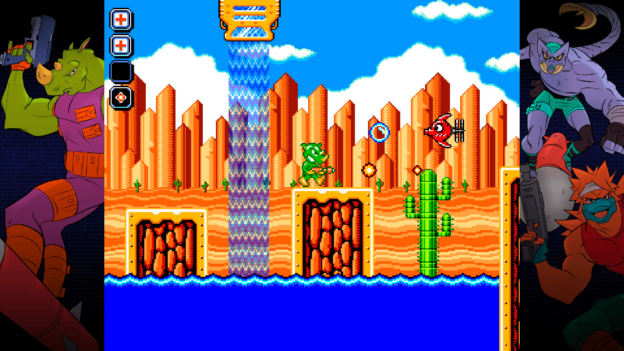 Three difficulty choices are offered – Normal, Hard, and Expert – but I was hard-pressed to notice much of a difference between the first two. The challenge doesn’t so much ramp as it does ebb and flow. The ease of many of the stages could make seasoned players grow bored. Conversely, being 100% linear could frustrate when you hit a difficulty spike.

There are no checkpoints within a stage, but they aren’t terribly long, and you do have three hearts. Optional shield power-ups and weapon bonuses at the end help Clash Force in limiting the type of annoying difficulty that many 8-bit games had.

I played until stage 17, where cheapness finally does breakthrough. This stage is loaded with enemies you can’t destroy, which doesn’t much fit the rest of the game up to that point. The placements are cheap as well, with the worst enemies positioned near weapon power-ups. 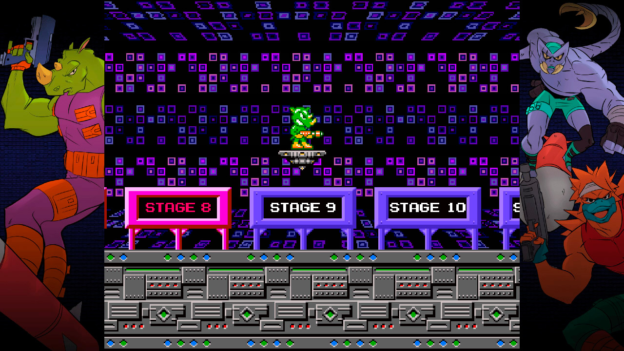 Had there been co-op, I would’ve plowed through the last few stages. But this games lacks any multiplayer. Not every game needs co-op, but Clash Force seems like it really should’ve had it, and it’s absence is absolutely worth calling out.

Clash Force looks great for the style it’s aiming at, and the music is appropriate and robust. The controls are tight too, but each character controls identically, with nothing unique to note. Another opportunity missed.

Minus co-op, with some late cheapness and lack of character diversity, knocks Clash Force down several pegs. It’s certainly not a bad little release, but if you’re looking for a higher quality title from Spicy Gyro Games with more meat on its bones, I highly recommend Polyroll instead.

Minus co-op, with some late cheapness and lack of character diversity, knocks Clash Force down several pegs. It’s certainly not a bad little release, but if you’re looking for a higher quality title from Spicy Gyro Games with more meat on its bones, I highly recommend Polyroll instead.