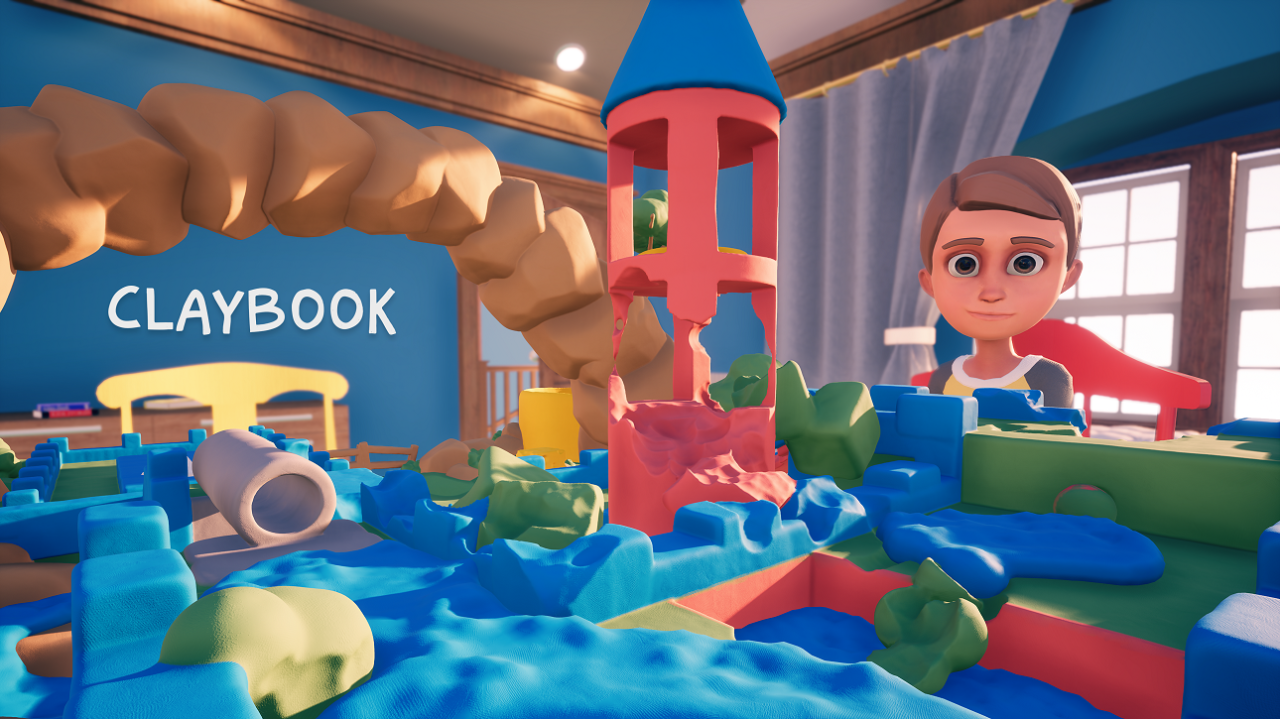 Claybook is an interesting game, one that’s hard for me to classify. I guess I’d consider it primarily a puzzle-platformer. Yet a large emphasis is on tinkering and creating with the clay, while also enjoying other players creations. I suspect the latter is what will ultimately sell the game, or make it a pass.

In the role of a kid playing with clay, you might think the game would make you feel right at home. Yet each level, or book as they’re referred to, has clock restrictions that prevent you from taking your time. And this is a game you’d want to take your time with, for a few reasons. 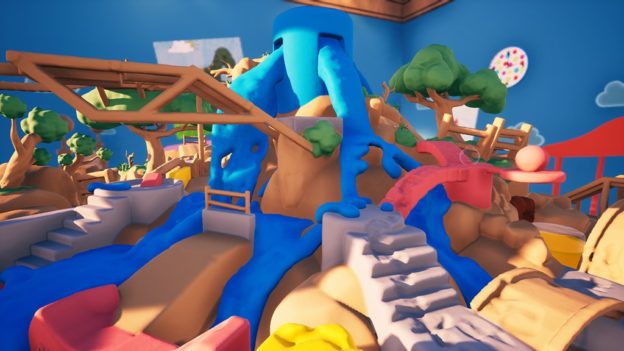 One of these reasons, and on the plus side, is that Claybook has a very nice, unique look. Rolling around and taking in the sights might wind up being a waste of time gameplay-wise, but I’ve enjoyed the presentation that has its charm. The accompanying music can’t match the visuals (it’s pretty forgettable) but aesthetics are no real concern of mine, outside of the fact that your need to keep moving means not sitting back to take everything in.

What is a concern is the controls. The time limit reminds me of the seconds being lost while I seem to wrestle with slippery controls that I can’t fully get a grip on. Interestingly, my review code came with a five-page player guide. So be aware, a pick-up and play experience this is not. 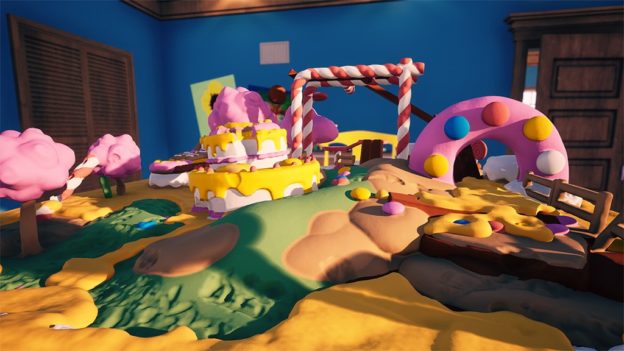 What often would happen too, at least initially, is I’d end up wrecking essential parts of a level, forcing myself to rewind or restart entirely.  Having my ball of clay deform the floor to the point of inaccessibility makes me wish tighter in-game borders were in place. “Every inch of the environment can be shaped and molded.” But perhaps, a slightly more conservative approach would be more advantageous.

There’s also a question of physics. Earlier I commended the graphics, and while that is still true, the physics can put a damper on them. Seeing blobs of clay floating in the air or bizarre reactions from the piece I’m rolling about can lead to a quizzical pause. 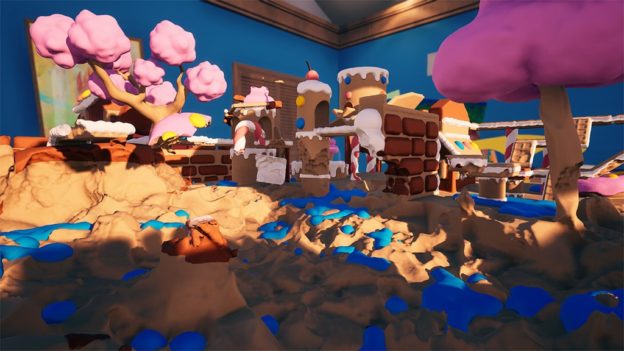 Now let’s talk about the camera for a minute. The camera can also prove a graphical determent as it can lead to visual glitches. Extreme background flickering is but one example. The camera is pretty clumsy and loose, and its struggles make me wish I had more time within each level to go at my own pace.

What I’d tend to do is just enough to advance to the next level – the game is linear. I had no real interest in shaving seconds to compete in leaderboards. These can be a positive, but in this game, they feel misplaced. Keep an eye out for the occasional “leaderboard not available” message to pop up too.

Now if you can get past a surprising learning curve and some unintuitive design you can create your own levels. I’m quite grateful for those who’ve been able to embrace this aspect, as I have somewhat enjoyed checking out the simpler user-generated content. There are several dozen levels, with more likely to appear soon as this is a recently released Switch title.

Claybook is admittedly ambitious. It’s also quite a nice looking and unique game, with commendable user features. Yet it struggled to command my attention, lacking elements to maintain interest beyond a few minutes at a time. The community creations do help here to an extent, but the overall experience needs to be tightened, and perhaps reigned in a bit.

Overall Claybook wasn’t what I expected, and my feelings are mixed. While Claybook is not really for me, since so much of the game stems from creativity and enjoying community creations I can’t give it a bad score. But at $14.99, I think the audience will be smaller than I first anticipated.

Claybook is admittedly ambitious. It’s also quite a nice looking and unique game, with commendable user features. Yet it struggled to command my attention, lacking elements to maintain interest beyond a few minutes at a time. The community creations do help here to an extent, but the overall experience needs to be tightened, and perhaps reigned in a bit.