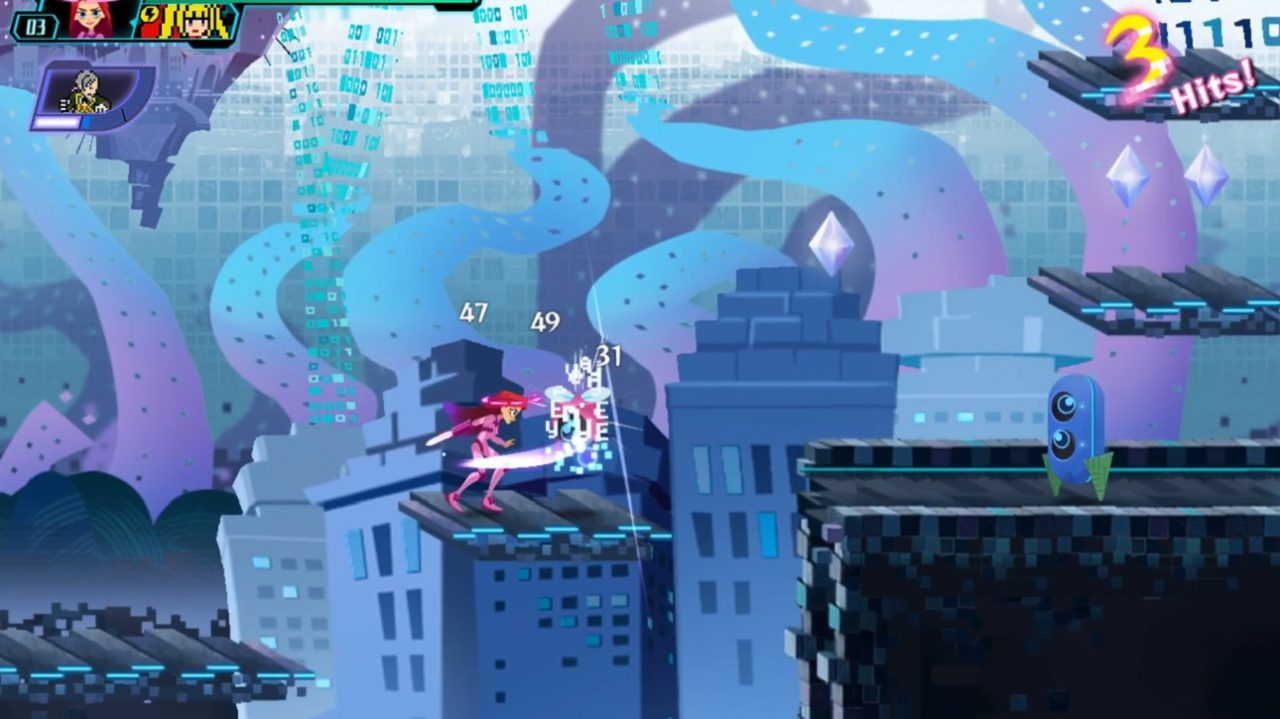 Code Shifter is an interesting title, one I’ve grown to enjoy. It hasn’t necessarily had much impact on me as a crossover – in effect, I only know Arc System franchises from the late ‘80s to early ‘90s – but I like it as a two-in-one games package with a fun story.

“Serious debugging starts NOW, got it?”

The main game presents 2D action, amidst a plot that enthusiast players might relate to. It concerns the Awesome Rainbow Corp software company, and their network being infested with bugs, just before a product launch. This virus sees game code being deleted or rewritten at random, and is a serious threat to having a high-quality release. Enter Stella, an employee who you control around the office, and the code shifter program, which Stella uses to eliminate bugs in platforming fashion. The story is very meta, and I find it quite interesting. 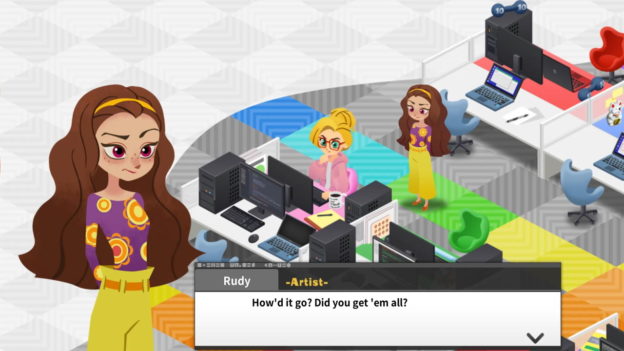 There are some control quirks to contend with, though. Stella walks curiously slow around the office – I’d hate to see players skipping interactions with her team due to a lack of speed. The combat in the platforming could be more fluid too, though this is something you’ll notice more if replaying for S ranks. Of course, a key draw in these parts is the variety of characters on offer.

As I mentioned at the start, I’m not overly familiar with many of the Arc System Works franchises this millennium, but the sheer variety of characters you can transform into (in all their 8-bit glory) has to be respected. The classic look blends nicely into the more modern visual style. Did I mention each character has a unique individual tune as well? There’s a toe-tapping, upbeat surprise if ever there was one. 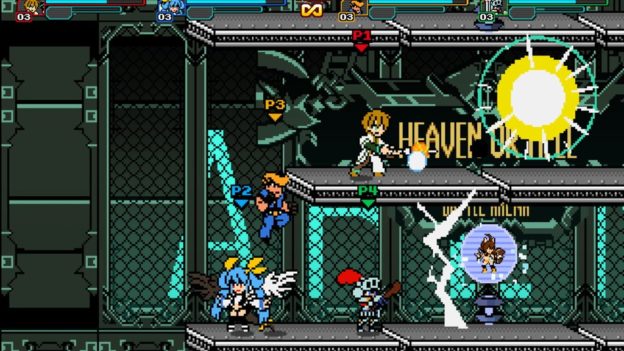 The secondary game is Colorful Fighters, bringing some platform brawling for up to four players. It’s limited in terms of options, but is entertaining, even when played solo. Get a group together and you’ll have another party game for consideration (in small bursts), played either in elimination mode or strictly for points. As I mentioned, the options are few – and the vast majority of characters have to be unlocked – but it has a bit more care than you might expect from an “extra”.

Considering the fun I’ve had despite my finite experience with most of these franchises, how much more so will those who are studio fans be entertained? The enjoyable story has made me keen to help enthusiastic Stella eliminate every last bug. 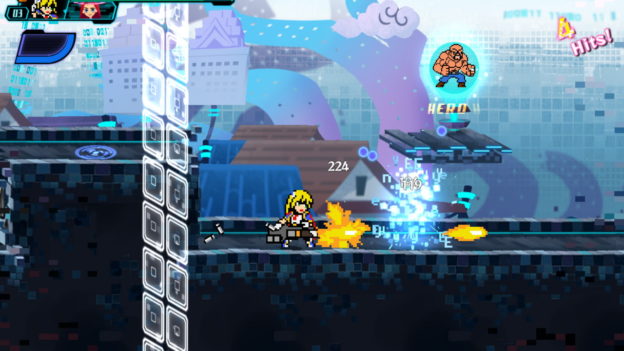 Those who are more curious than ardent might want to wait for Code Shifter to go on sale. Maybe 30 percent off, as $19.99 is a bit higher end for a platforming-type game like this, even though the quality is generally high.

With an enjoyable story, the novelty of changing between a large cast of characters, and a fun extra game mode, Code Shifter makes up for its shortcomings with many ideas successfully carried out. Bright, colorful, and energetic, Code Shifter is worth a buy for studio fans.

With an enjoyable story, the novelty of changing between a large cast of characters, and a fun extra game mode, Code Shifter makes up for its shortcomings with many ideas successfully carried out. Bright, colorful, and energetic, Code Shifter is worth a buy for studio fans.