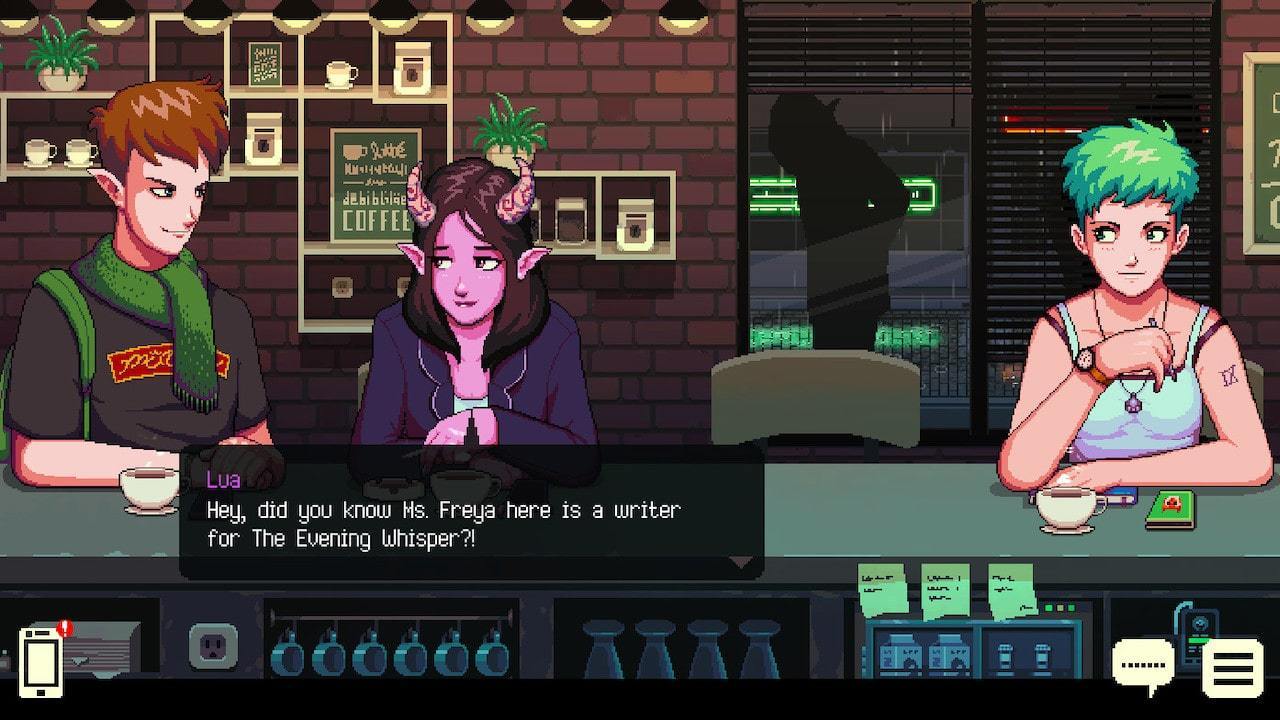 If you’re looking for a relaxed game, Coffee Talk is the one. Set in a present-day Seattle coffee shop, full of characters straight out of an urban fantasy, Coffee Talk lets you to be the barista of a late-night storefront in the city. 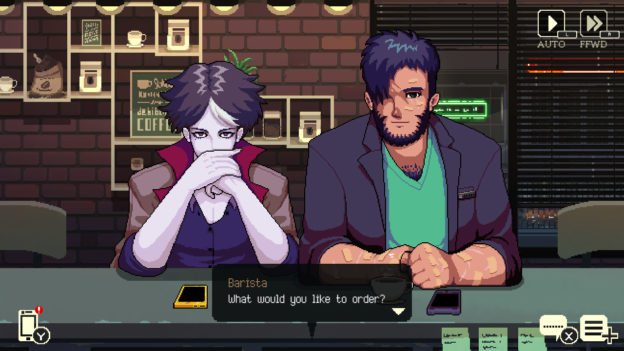 As someone who lives near Seattle, and goes into the city often, Coffee Talk got the vibes of rainy nights in the city right. The game is set to the slow rhythms of orchestral and nu jazz, with a slightly pixelated animation style that’s charming and more detailed than an 8-bit game.

Coffee Talk acts like a visual novel with the way dialog panels appear. Yet, despite feeling like a first-person game, your character doesn’t receive many options for interacting. Which is odd since conversations are a big part of the game’s premise. Most of the dialogue is predetermined. Still, despite not being able to choose talking points, the conversations are funny and entertaining between your character and your patrons. The drink orders are where the magic can happen. The interface is easy to navigate for fulfilling orders, and in the event you get a patron who wants a little latte art, you’re given the chance to doodle and steam your way to a masterpiece. It’s simple, but it’s fun! 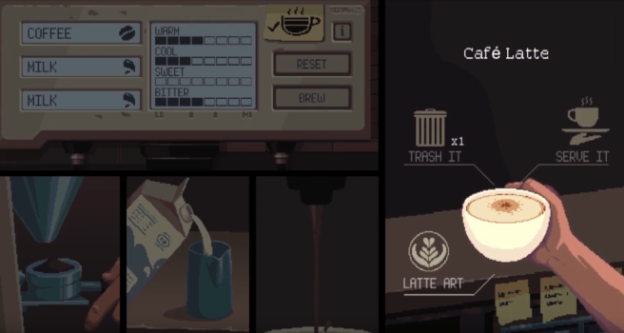 Overall, Coffee Talk has an easy user interface for toying with your phone or making drink orders. By pressing Y, you can pull up your phone which contains four apps: a social media app, the local newspaper’s app, a drink recipes app, and a music app that lets you change the cafe’s ambient music. Tinkering with your phone paused the dialog exchange. During that time, I was free to explore news stories, change the music, or check out patrons’ profiles between sentences.

The conversations are a mixture of light and serious. The more serious conversations consisted of a variety of struggles such as racism, familial issues, and career fatigue and anxiety. It’s odd to know what struggles actually plague Seattle, but see it transposed into a fantasy setting. Knowing that these issues organically fit in these fantasy cultures and genres adds to the believability of this little world in Coffee Talk. It also didn’t come at the risk of minimizing the real-world issues on which they’re based. Not all of the conversations delved too far into ethics and philosophy, but it proved that many of these fantasy characters experience the same issues we do in our own world. It wasn’t proving a point or making a stance; it just felt conversational and natural. 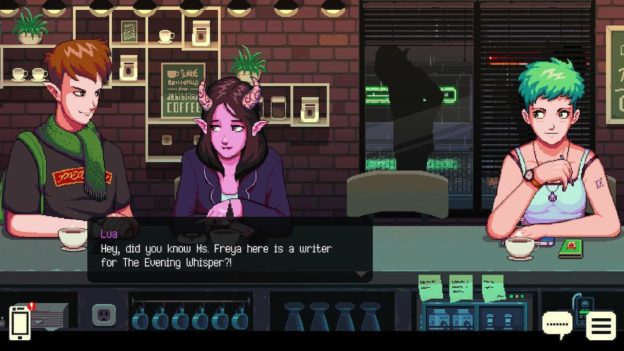 All in all, making drinks for a variety of orcs, neko (cat-like) characters, elves, and other fantasy beings was a fun and chill gaming experience. If the game offered more character-driven choices beyond the drinks you served, I’d be willing to consider this one a unique simulation game. It doesn’t feel like a full gaming experience on its own. However, for something that takes very minimal effort to play, I still recommend it.

Coffee Talk is a fun game that offers entertaining conversation and chilled ambiance. For what it’s worth, the game’s setting and premise require very little from the player, but that also takes away the experience of playing a game. I recommend Coffee Talk to anyone interested in a relaxed time on the Switch, even if the choices you make along the way are minimal.