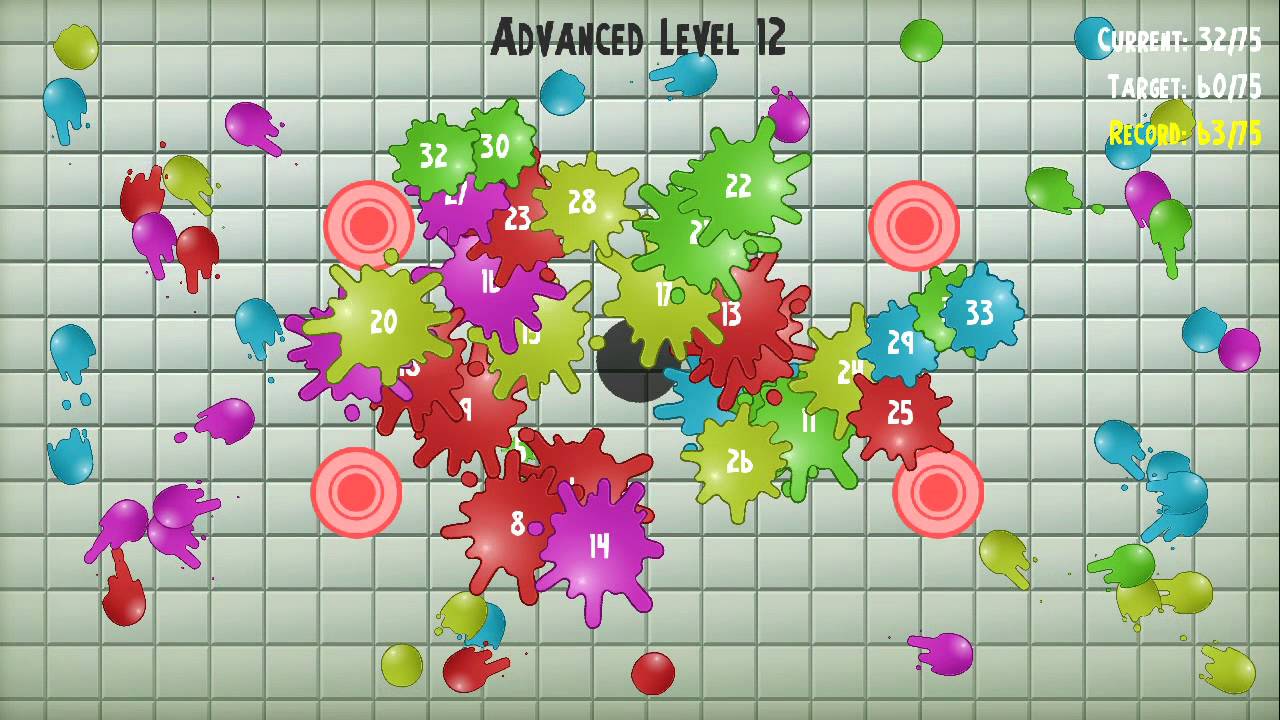 Color Bombs is a puzzle game where you must set off a series of chain reactions using… you guessed it, bombs. However if this sounds any sort of enticing to you, you’re going to be pretty disappointed. The game is very simplistic and repetitive. There’s really nothing to it, and once you’ve played it for about 2 minutes you’ll realize that. 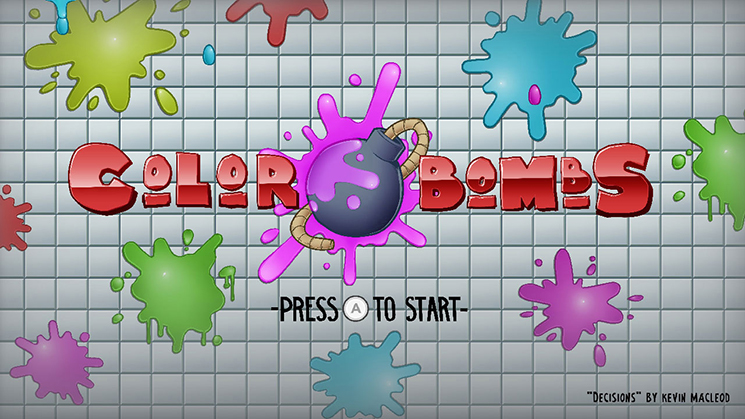 When I say there’s nothing to it, I really mean that. Each level puts the player in an area with a series of different colored bombs. They move around the area and bounce off of the walls. When you press the A button it places one bomb. Wherever you place the bomb it will stay for a few seconds. When the color bombs run into it they explode causing a chain reaction with other color bombs in that area. If you blow up a specific amount of bombs you can progress to the next level. 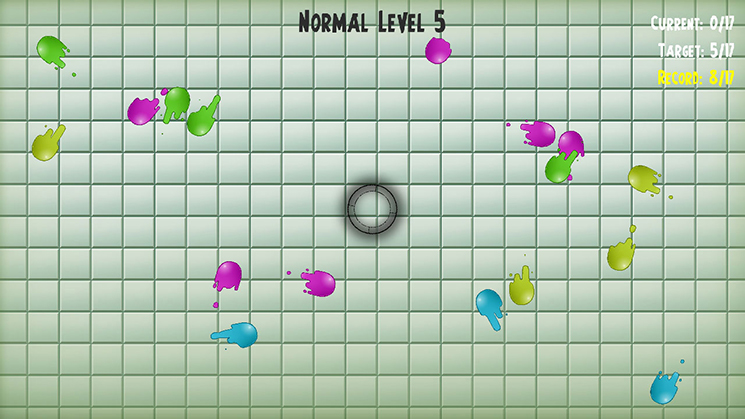 That’s it, you get one bomb to drop per level. If you don’t blow up enough color bombs you can just press A and retry the level. You can move the cursor around with the joystick and drop your bomb where you’d like, but honestly it doesn’t really matter. You could probably drop the bomb in the center of the level each time without ever moving the joystick and probably beat the game. There is no strategy to it. Which is probably what makes it so boring. 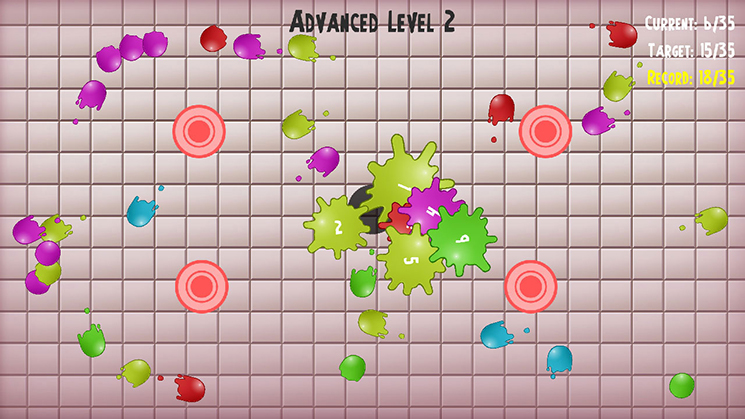 There are some opportunities to beat high scores and what not, but that’s all this game has to offer. There’s no visual or entertainment value in my opinion. There are 60 levels but it’ll seem like you’ve played the same one over and over because of how similar everything looks. As the game goes on, more color bombs appear on the screen… which makes it easier to win. So I cant really even say there’s any kind of challenge as you progress. 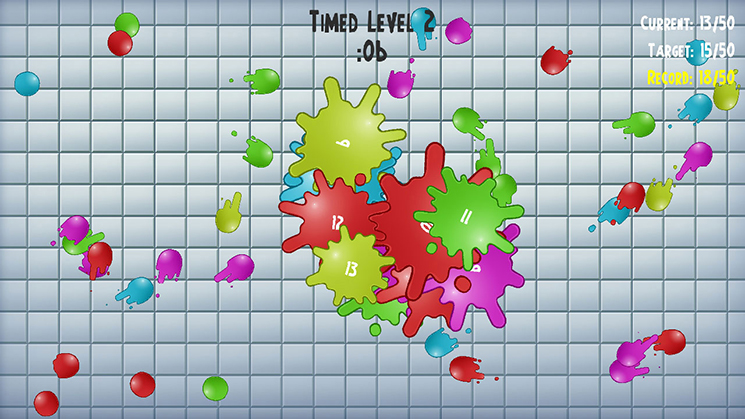 I don’t enjoy giving negative reviews but this one really felt like a waste of time and money. While it may only be $1.49 I would still recommend passing it up for something else. The eShop is starting to get pretty stocked on smartphone type games and this is just another one to add to that list. Unless you’re the laziest gamer ever, steer clear of this ‘Bomb’ of a game.

As with most of these app store quality games, Color Bombs is a game that makes you wonder how you could waste so much time doing absolutely nothing.