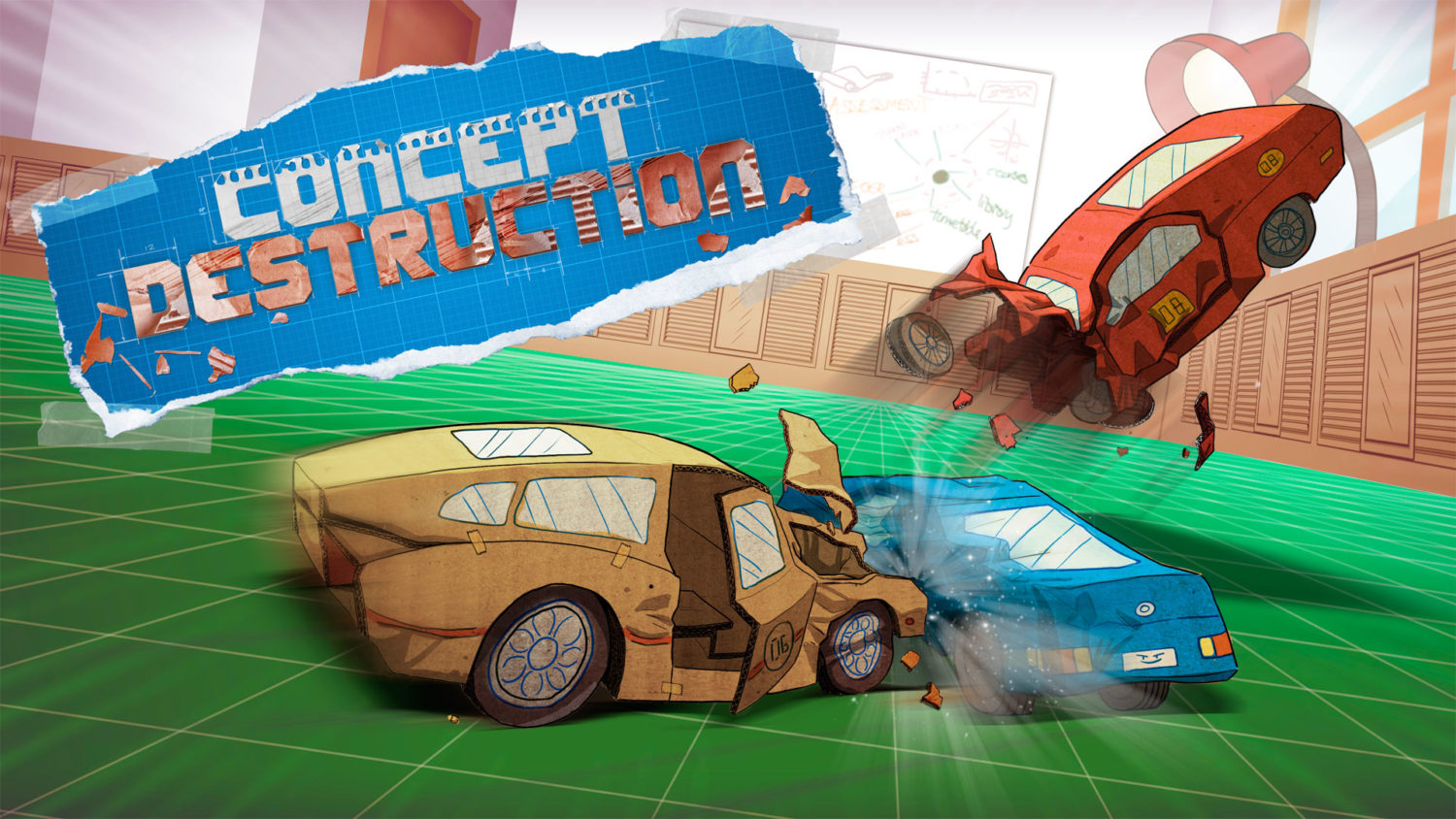 Ever wanted to build motorized cardboard cars to have them compete in a demolition derby? Well, now is your chance in the action-arcade game Concept Destruction. The question is, is the game a smash hit or a total wreck? 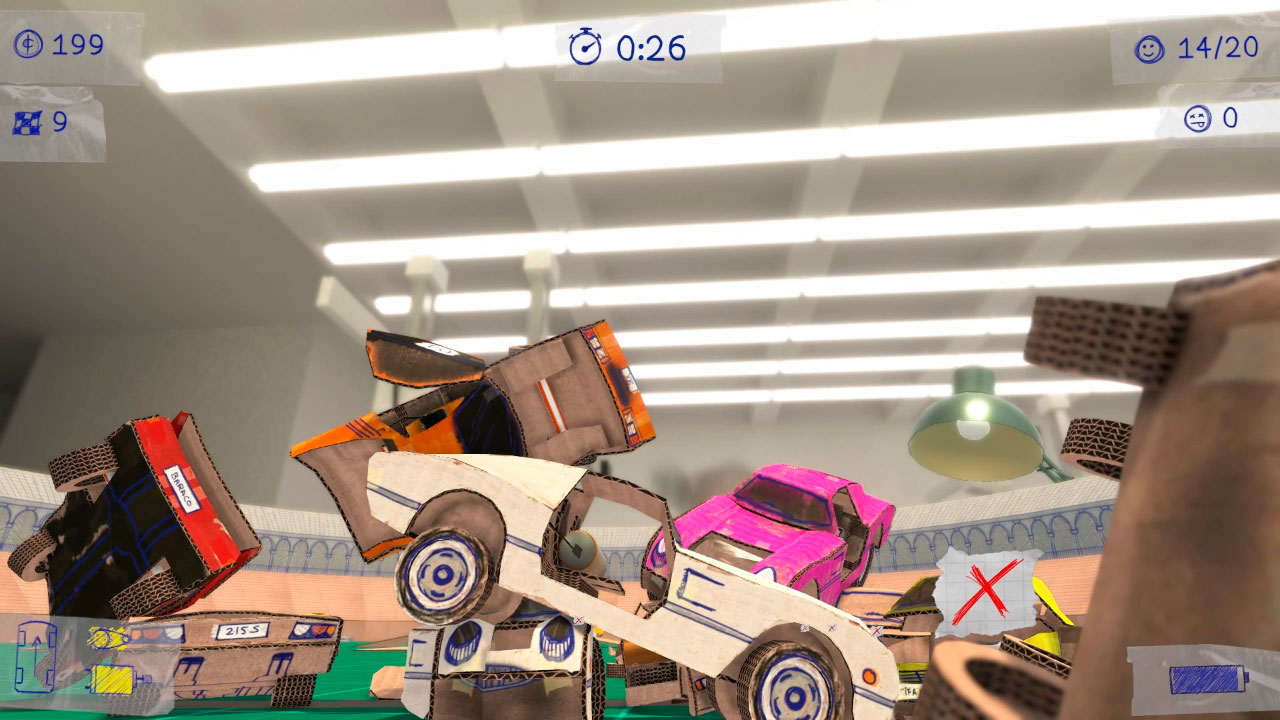 The story goes that you are a car company trying to decide which of their upcoming models is safest to bring into production. To determine this, they make cardboard versions of them and have a demolition derby. Winning all eight of the derbies will determine the model to be put into production.

The rules are simple: you earn points by smashing into other vehicles. Causing a car to no longer be competing on a stage will give you more points. Each match is three minutes long, and the player with the most points at the end – or if your vehicle is the only one left moving – wins. Players can also be disqualified if their car is not moving or does not hit another car for a certain amount of time. If you are in danger of this happening, a counter will appear at the top of the screen. 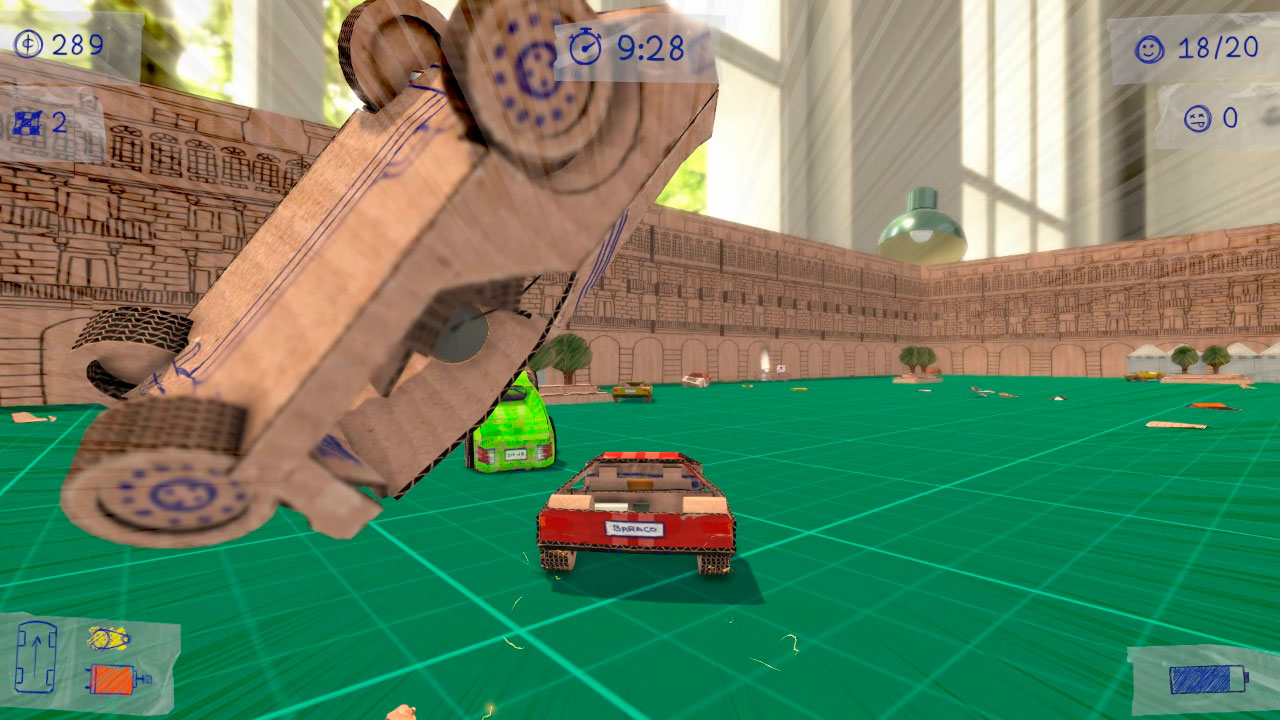 Aside from overall damage to their vehicle, there are several other things players must keep in mind if they want to win, such as the overall health of the engine. Going at top speed to slam into someone may give their car a fair amount of damage, but it also puts a lot of strain on your own engine. Using the boost also puts a ton of stress on your car. I noticed the battery life gets low, but it never fully drained. On the other hand, it can be knocked out of its socket. Tires can also be damaged and, if the vehicle is hit at the right place, even fall off; the result is steering problems.

There is a single-player campaign where cars are unlocked. Points earned in the rounds build up the ability to unlock new vehicles as you earn enough. Unlocking all cars will more than likely take more than one playthrough, considering the score resets at the beginning of each new round of derbies. There is also a survival mode, where players see how long they can last with waves of cars coming.

I really enjoyed my time spent playing Concept Destruction. It has a lot going for it, but also a fair amount could have made it better. Campaign mode felt a bit short; it felt like it was missing something. Perhaps instead of unlocking cars, purchasing upgrades could have been offered instead. Upgrading the car could have really added some depth to the game. It also would have helped fit the story as the overall motive is to find the safest car. Although multiplayer is offered, it is only up to two players. 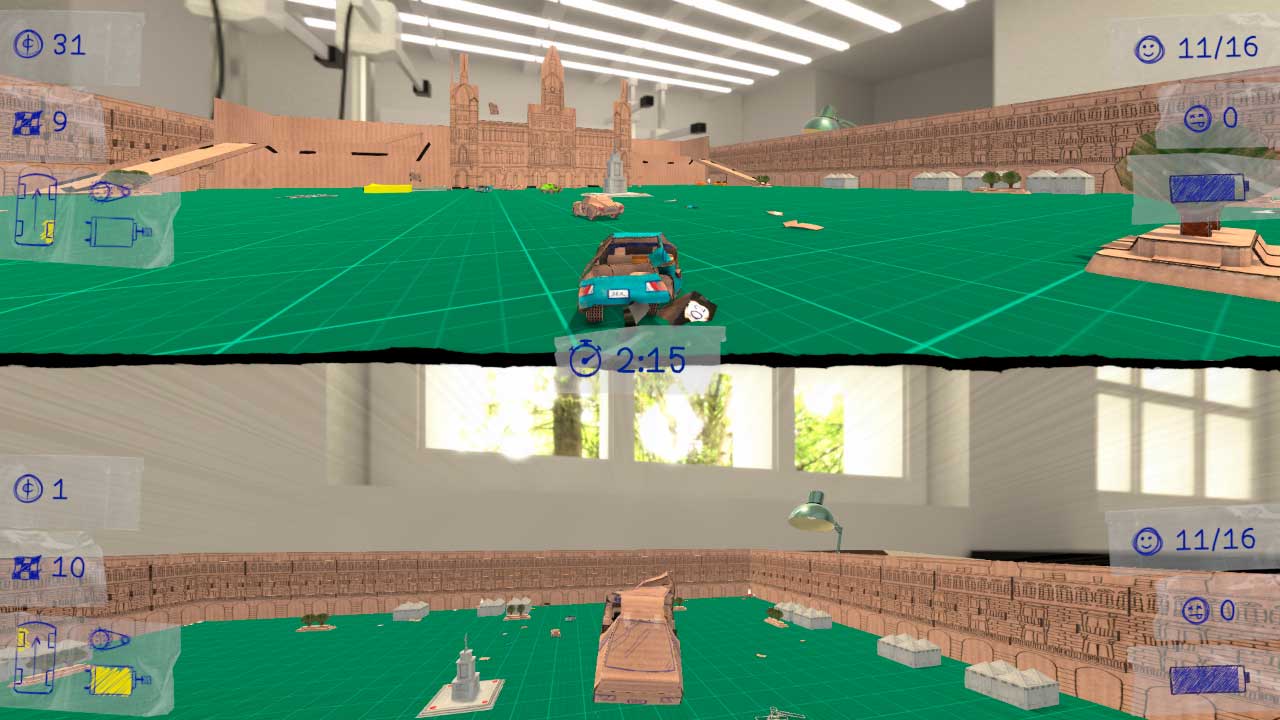 I am also on the fence about the damage. Part of me thinks some of the vehicles could have been more balanced as far as the amount of damage they could take or the vulnerabilities they have. Some cars could easily self-destruct by knocking the battery out while hitting another vehicle. With other vehicles, it was extremely easy to burn out the engine. The other part of me thinks that this is how real cars are, each with their advantages and disadvantages.

In the beginning, I felt that Concept Destruction was kind of bland, but after unlocking several vehicles and testing them out, I started to realize that each vehicle changes the strategy of play. It is more than a drive-fast-and-smash-your-car-into-another-vehicle style of game. It is certainly worth the asking price of $4.99.

In the beginning, I felt that Concept Destruction was kind of bland, but after unlocking several vehicles and testing them out, I started to realize that each vehicle changes the strategy of play. It is more than a drive-fast-and-smash-your-car-into-another-vehicle style of game. It is certainly worth the asking price of $4.99.