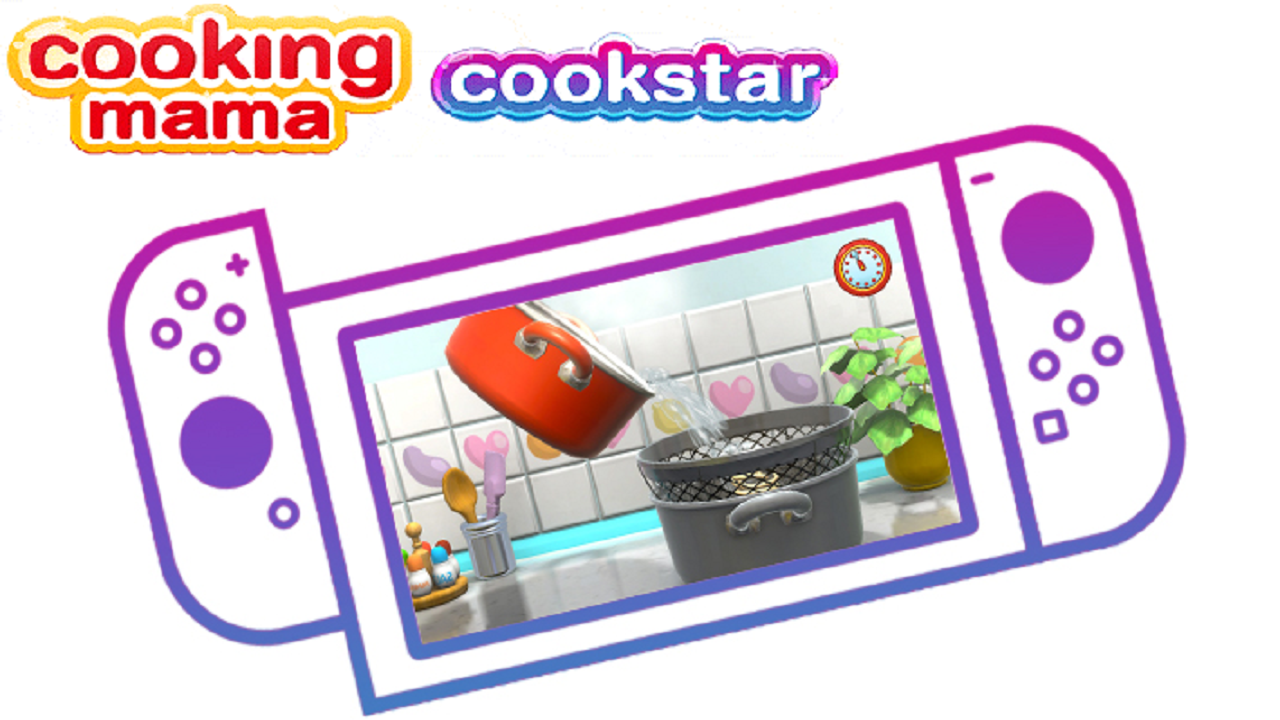 Marking the debut of the franchise on the Nintendo Switch, Cooking Mama: Cookstar arrives with a lot of chatter. Disappearing from the eShop amidst overheating rumors, re-emerging overpriced direct from the publisher only, and now legal disputes with the IP owner, it’s been an interesting road. But that’s all I say about it, as this review will focus on the game alone.

It’s important to note that I have almost no firsthand experience with the Mama games. I am, of course, aware of them, with over a dozen releases in the past 15 years, including sequels and spinoffs. But if you’re looking for direct comparisons to past entries, I’m not the reviewer to help you. 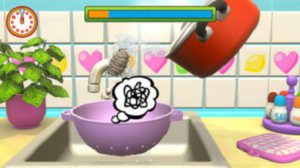 Cookstar has 80-plus recipes to keep you busy, which is more than some past entries. I like learning them (as someone who doesn’t cook much in real life) and feeling the rumble as I chop and interact with the various ingredients. You can take a picture of each final dish and share them on social media, with different filters and angles. It’s kind of cool, making me regret that I haven’t played this game on my Twitter-linked profile. Maybe I’ll restart it. 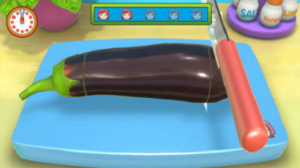 A vegetarian mode is a thoughtful inclusion, though it seems like it could’ve gone further. For instance, a plate of Hamburger and Fries looks almost identical to Black Bean Burger and Fries, except for the patty being slightly darker. Maybe having wholly original plates, rather than minor variants or substitutions, would’ve made this mode have even more of an impact. 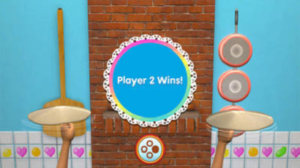 Potluck Party is fun, with a variety of multiplayer games to take part in. Some are only good for a couple of plays, but a few had my wife and I laughing, like Let-go My Waffle, My biggest disappointment with this mode is that there are only two minigames (Pound the Mochi and Fast Food Hustle) that can be played cooperatively, with the rest being versus. I would’ve liked to have seen a better balance.

Unfortunately, there is no touch screen support for any mode during handheld play save a few menu options. That’s not a good decision! However, I’m a bit of a fan of motion controls when playing on the TV. Having said this, I’m glad that they’re optional here. They aren’t the best, and some will be turned off by the thought of practicing with them. Still, they bring immersion and challenge. The latter is in short supply, as this is an easy game. Kids will appreciate that (and likely the motion controls), but older players will want to aim for three stars on every recipe. I think a five-star setup might’ve served better for challenge purposes.

Now, a big question … does this game cause overheating? Not in the half-hour spurts that I’ve been playing it, which also helps to limit repetition – if you want to talk about hot, I can tell you about the time when I played New Horizons until my battery reached one percent. Much like a real-life buffet, I start Cookstar thinking I’ll splurge, but end up stopping after a couple of plates. And that’s okay. 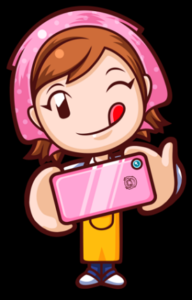 I want to briefly mention the voice acting for Mama. I can’t quite place her accent, but I think it’s fine. I’ve caught wind of some hyperbolic claims, but to any who genuinely think this is the “worst”… well, I guess I played more early to mid 90s CD-ROM games than a lot of other critics. Should the voice performance bug you that much, you can mute it via the in-game settings. Mama’s continued encouragement is a welcome touch as far as I’m concerned. Unless you mess up bad; it’s tough to take her “Don’t worry” seriously when she has flames in her eyes!

While there’s definitely room for improvement and expansion, I can see kids liking this game quite a bit. There’s plenty to unlock, and hearing that you did something better than Mama brings a smile. As someone new to the series, Cooking Mama: Cookstar felt reasonably fresh to me. But vets may find it more so resembles leftovers. Hopefully, the rights holder and publisher can work things out. I wouldn’t mind trying a Gardening or Camping Mama on Switch.

While there’s definitely room for improvement and expansion, I can see kids liking this game quite a bit. There’s plenty to unlock, and hearing that you did something better than Mama brings a smile. As someone new to the series, Cooking Mama: Cookstar felt reasonably fresh to me. But vets may find it more so resembles leftovers. Hopefully, the rights holder and publisher can work things out.