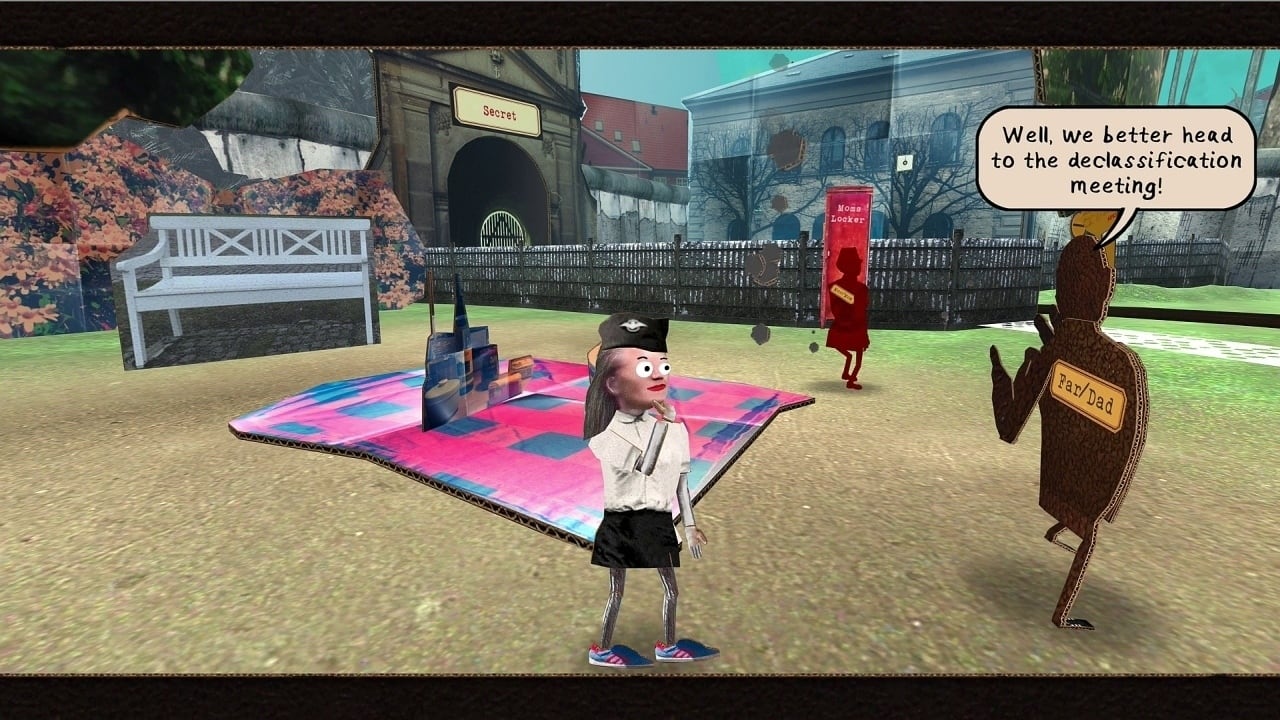 Do a quick web search and you’ll find that Cosmic Top Secret (CTS) actually is a NATO top security clearance level. Down here at the gaming level, you play Trina, or Agent T (sounds a bit MIB, doesn’t it?). As the game plays out, T finds out more about her parents, some of which is rather intriguing.

Right from the start, CTS is a bit, shall we say, eccentric. The visuals drop still photos of real people with oversized, cartoon eyes on cardboard backgrounds. 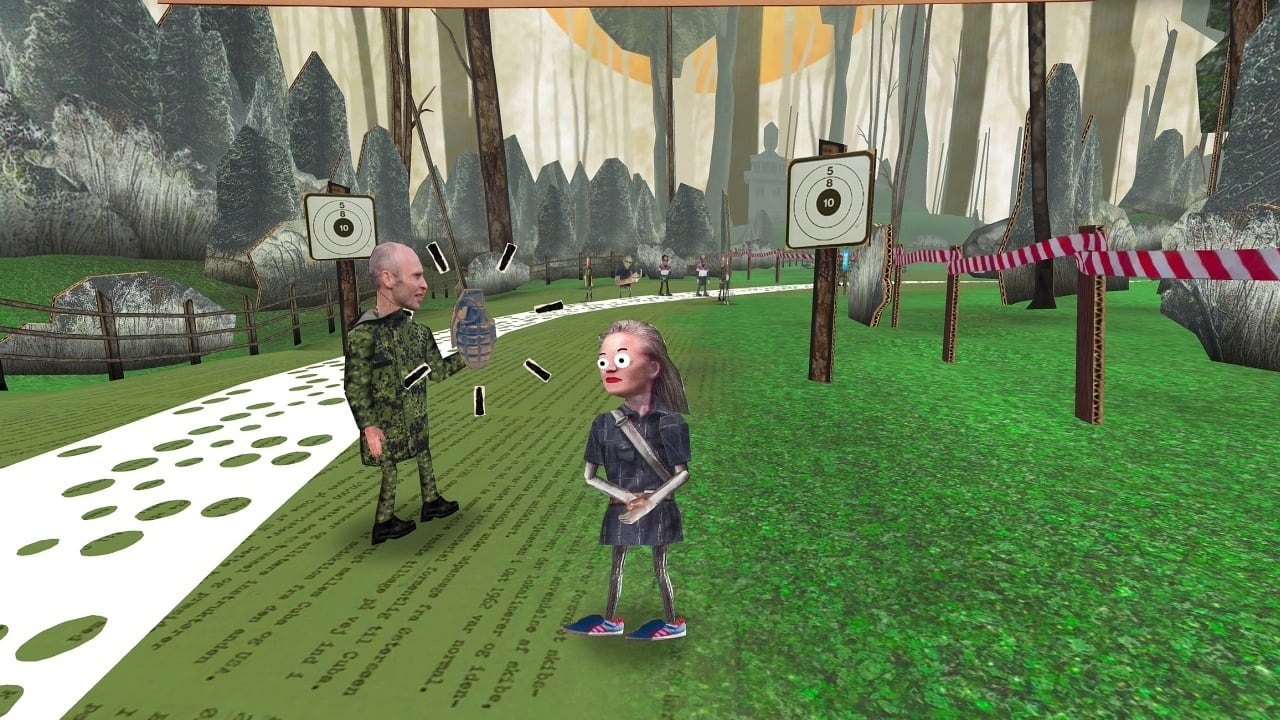 When T starts moving, she doesn’t actually walk anywhere—she curls up into a spiky ball of cardboard and rolls around. The background music is a bit quirky, but it’s quite fitting and somewhat endearing.

There is plenty of dialogue in the game, all of which sounds like real world situations recorded on a cell phone; it’s a bit distant and not the greatest sound quality, but this is a great fit to the overall feel of the game.

The game itself involves navigating the surreal world, looking for information from declassified files, talking to the NPCs, and collecting oddments. Cosmic Top Secret is not an action-packed adventure, it’s more of a detective story. 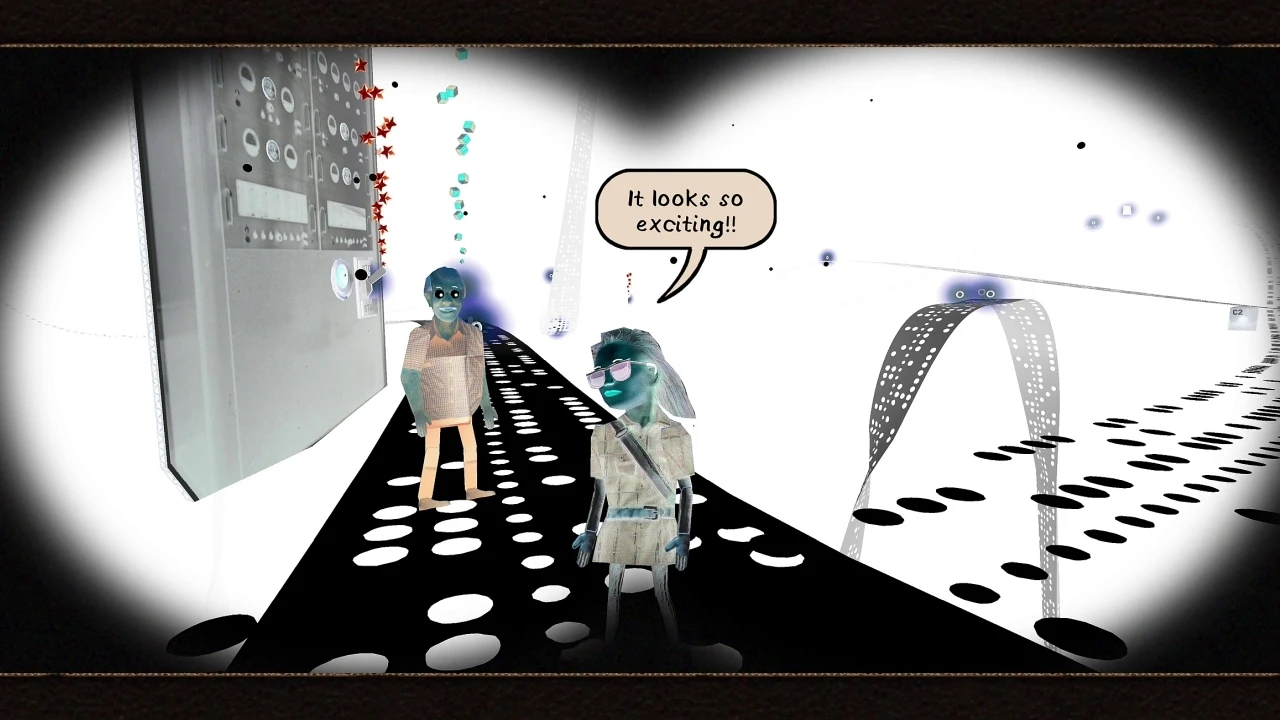 Along the way, conversations with T’s parents ranging from “Did you work as a spy during the cold war?” to “You don’t have your license with you—I’ll drive…”  Some of the dialogue may sound very mundane, but it lends a sense of reality by touching on the ordinary.

While the story may, at times, sound like a very real situation, there are events which are clearly fiction, such as having to chase after someone because they took your dad’s arm. As you gather elements for your dossier, you learn about old projects and your family history. Your parents can’t really tell you much because they have signed contracts to never speak about what they did, but they do encourage you to keep digging. 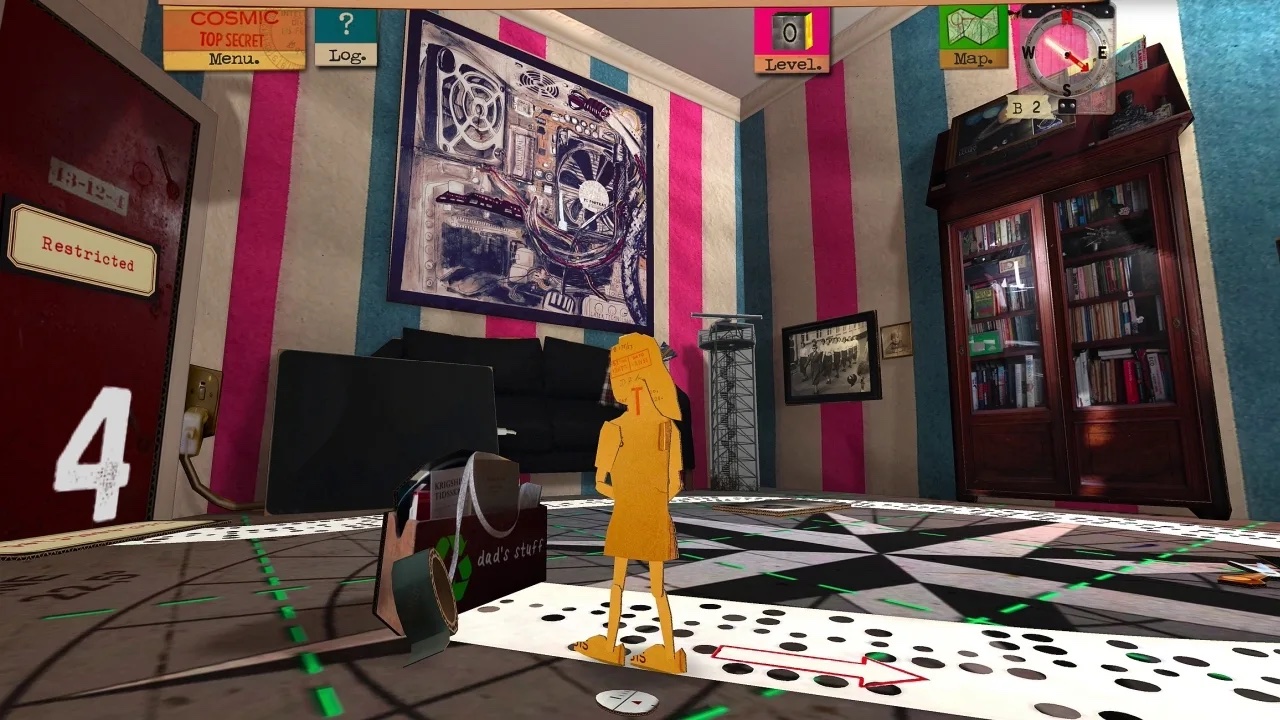 The controls can feel a bit touchy, but the game is pretty forgiving. There are some ramps you have to roll up, but it isn’t too easy to fall off; you have some leeway. The game also will not let you take shortcuts. If there is an area you can’t access or a fence the game doesn’t want you to hop over, you will not be able to roll through it. If you are “jumping,” you will bounce off an invisible barrier. Yes, even though you are a ball when you are moving about, you can still use the B button to “jump” (maybe it should be “bounce”?).

There are some barriers in Cosmic Top Secret which come with a paper target on it. At least to start, you don’t get a pistol to shoot it. However, you do have grenades (even more fun—woohoo!). Don’t worry, the grenades don’t hurt any of the people, they just remove barriers so you can keep rolling along. 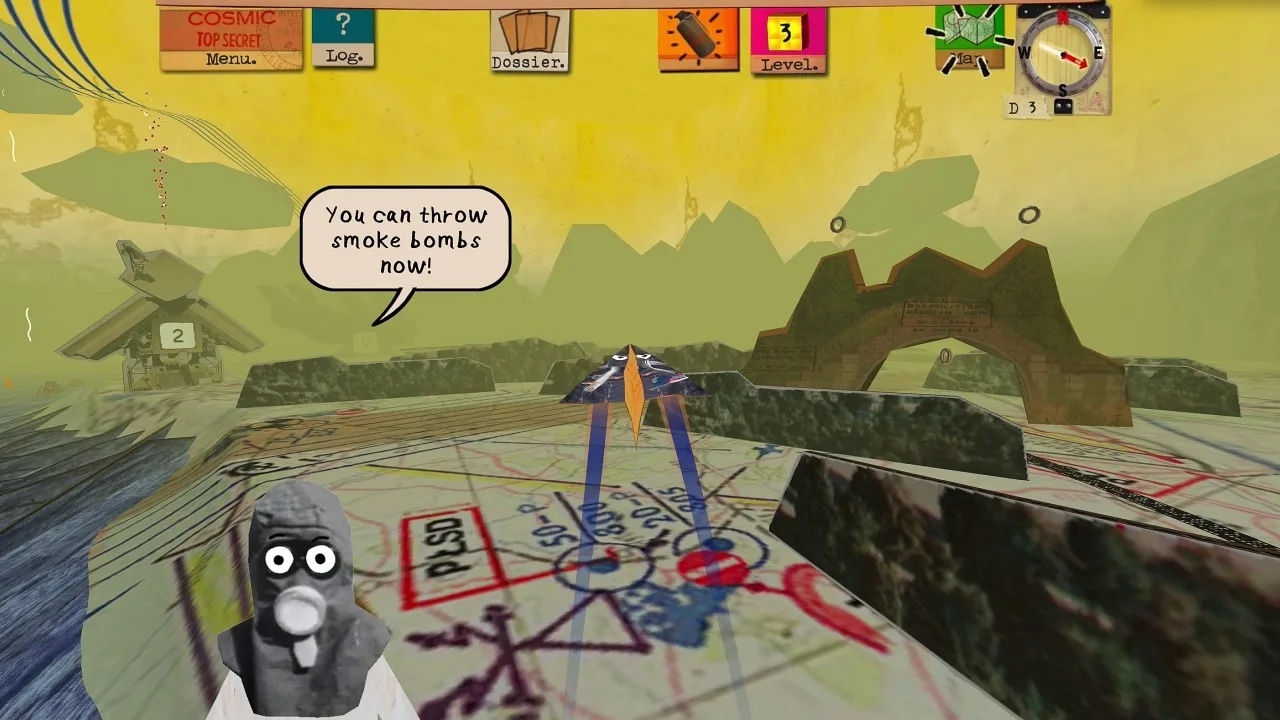 The only real negatives I experienced with this game are that while you are looking around it is too easy to see through the terrain or other elements, and it may be tricky to get yourself aligned for a ramp roll if your back is too close to something (the camera wants to keep “correcting” your orientation). It isn’t tragic, just mildly annoying and easy enough to either ignore or get around.

Some of the events are outrageous and given with such a mundane and sincere delivery that it almost makes the absurd believable. The game is reported to contain real details of some of the people who took part in the Cold War, so you may actually learn some history as well.

Cosmic Top Secret is a fun adventure/puzzle game. The odd presentation may strike some as just being weird, but I think it’s quirky enough to be both different and engaging. If you are geared more toward action games, this may not be your thing. But if you like detective stories, this is a good option.