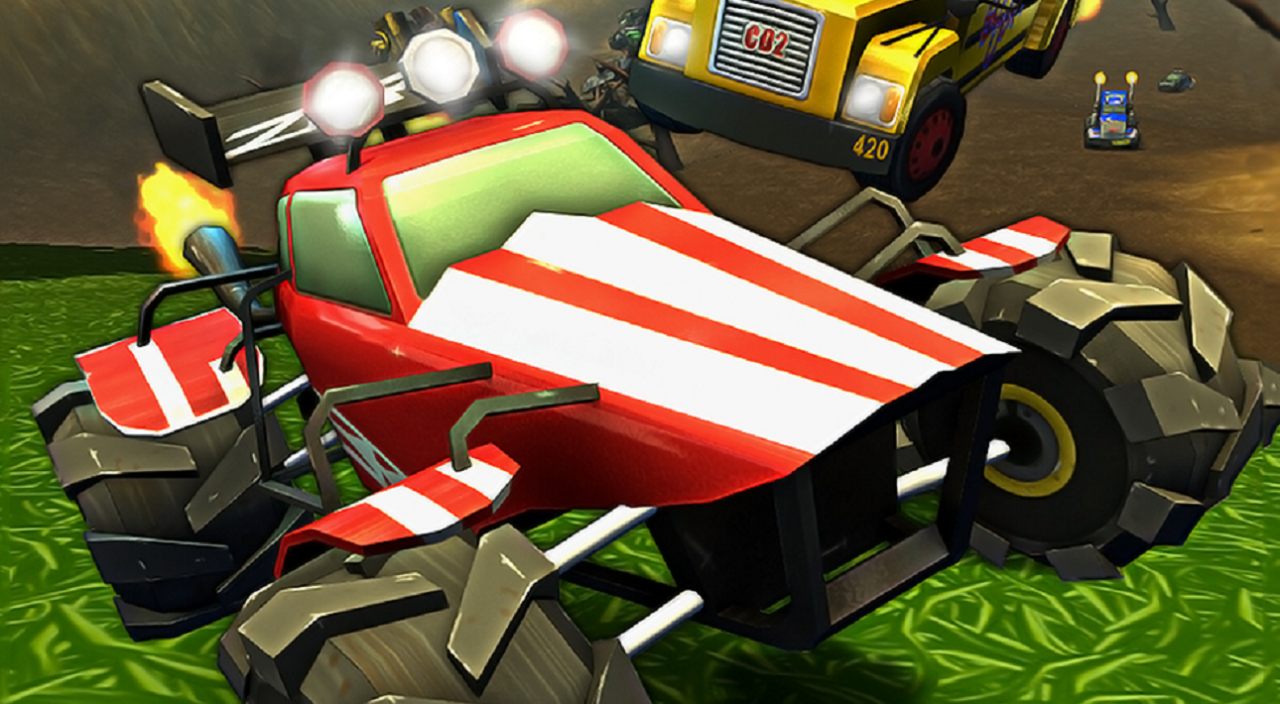 Crash Drive 2 has some sizable issues, yet, amazingly, I’m still recommending it. Chief among these is that it’s a multiplayer game without local multiplayer! But despite numerous missteps where the title feels off, the core gameplay is just plain fun to the point that I’m willing to forgive where it falls short.

Let’s address my main complaints early. Multiplayer issues don’t just stem from being online only, but more in that the online isn’t anything too special. It’s not for lack of activity, as I found a solid number of people every time I connected. It’s more because the activities don’t especially benefit from having others around. Save the King of the Crown event – which is a bit vanilla – all the other modes are ones you can tackle just as well solo. Without having friends in the room to laugh with, engage in trash talk, and more, it just feels rather bland before long, unfortunately.

Another concern is the ratio of vehicles to environments. There are thirty vehicles in the garage to choose from, yet only four main levels (ranging from tropical to snow) in which to use them. I’d have gladly sacrificed several of the more redundant vehicles if it meant a couple of extra areas to explore. It would have given the game a far better balance.

Last but not least, the camera is subpar. There’s only a single view, and it’s a bit tighter on the vehicle than it needs to be. Depending on which event you’re engaged in at the moment, it’s particularly noticeable. It’s also a bit slow to react to the ever-changing directions of your vehicle. It could use some improvement.

Now that my biggest gripes are out of the way, it’s time to talk about why I still recommend Crash Drive 2. I’ve found it very entertaining as a solo experience. The way the developers intended it? Nope, but the way that I’m enjoying it. Each level is solid in size while being fun to explore from one corner to the other. Events are random and pop up with consistency so that there’s always something to do. Collecting coins, finding rings, stunts, and more effectively keeps things lively while keeping you engaged.

There’s plenty of ways to earn cash for buying and upgrading all of the vehicles. The vehicles themselves, though overshadowing the levels, are diverse, and it’ll take you a good while to unlock and max each of their separate levels. The way that they react doesn’t comply with the laws of physics, but it guarantees the action is kept brisk and enjoyable, despite all the absurdity. Even if the camera can’t always keep up with the chaos, I can’t help but smile when climbing walls like Spiderman, or flipping like a rag doll!

On paper, Crash Drive 2 should run out of gas, but with Joy-Cons in hand, it succeeds in spite of itself. It’s not for multiplayer that it’s a success – the lack of local support ensures that – but it triumphs as a solo romp, as there’s plenty to accomplish and laugh at. The $8.99 launch price is fair, making it easier to put the various quirks of this late port in the back of your mind as they’re overtaken by fun content.

On paper, Crash Drive 2 should run out of gas, but with Joy-Cons in hand, it succeeds in spite of itself. It’s not for multiplayer that it’s a success – the lack of local support ensures that – but it triumphs as a solo romp, as there’s plenty to accomplish and laugh at.