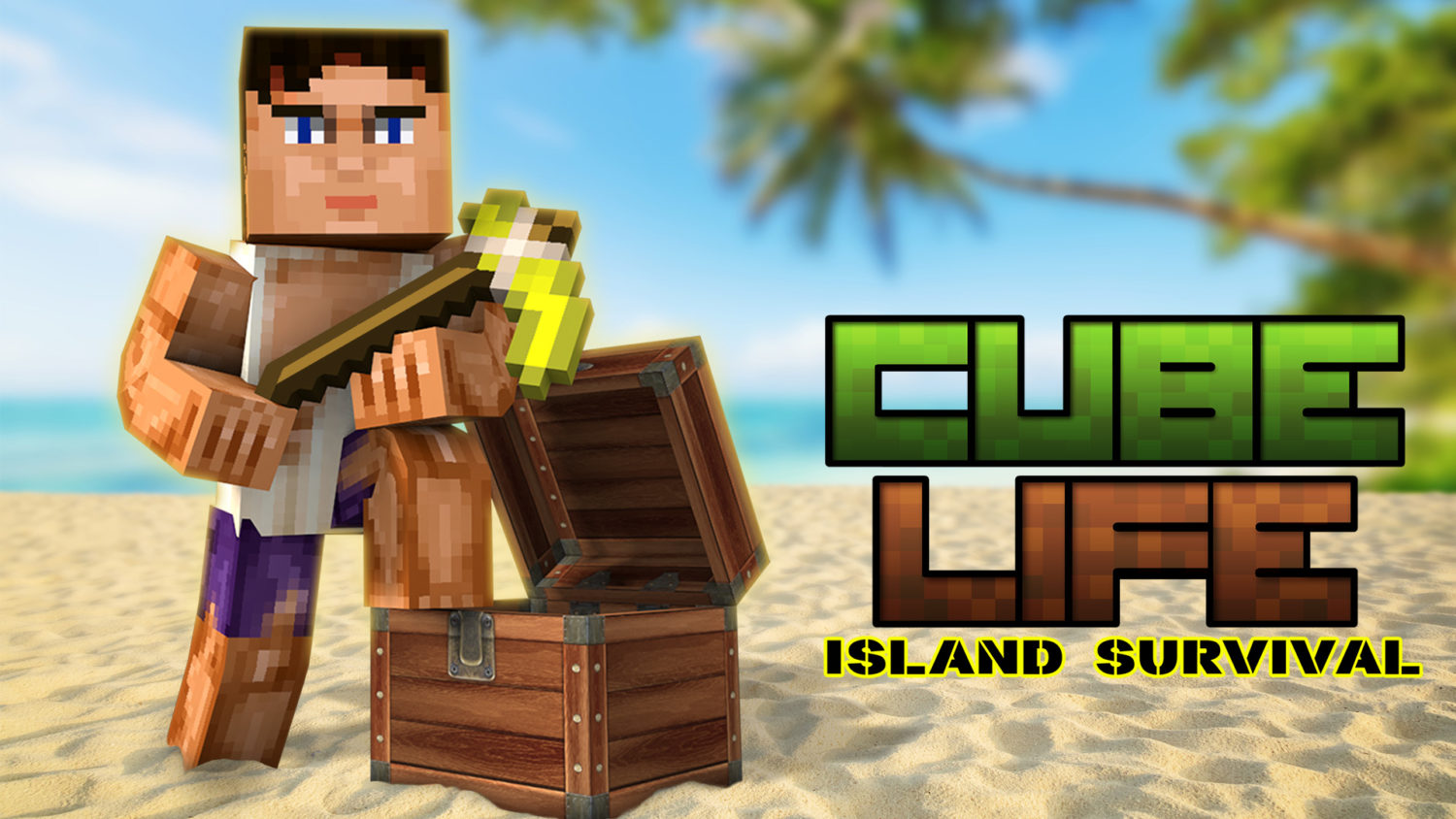 Cube Life Island Survival was first released on the Wii U back in June of 2015; reviews were mostly negative due to its many bugs.

Players have referred to it as a Minecraft clone, although the developers tried to set it apart from the more popular franchise. Cube Life Island Survival has since received updates and has been ported to the Nintendo Switch, so let’s take a look and see how this game stacks up.

I’ll be honest I didn’t play the Wii U version of the game. I wanted to until I read the average-to-low reviews. That said, I’m not sure what improvements would have been made from the Wii U version to its current form.

Players take control of a male character who seems to have it all, until one day he is in a shipwreck and finds himself stranded on a deserted island. Now it is up to the player to maintain his health as they explore the island’s game world. 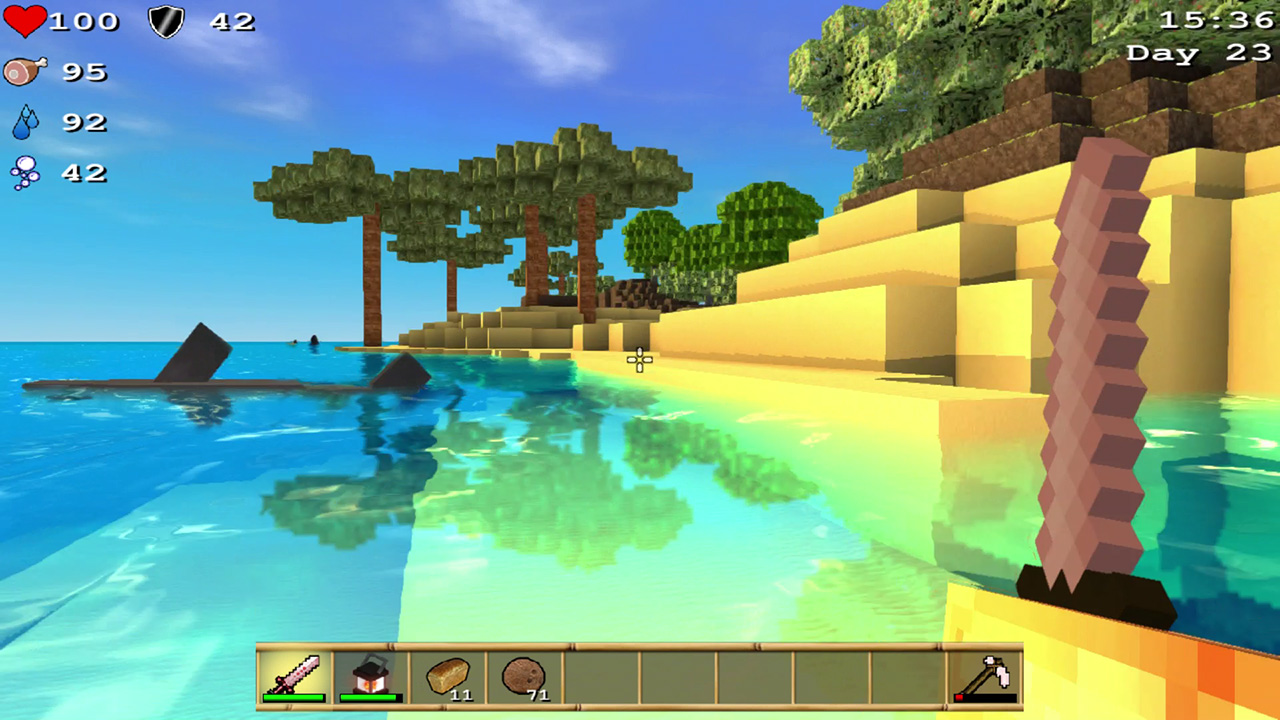 On the island, wildlife such as pigs and chickens can be found. Chickens can be used for food; pigs, on the other hand, can be befriended and will attack anything that attacks you. (This comes in handy when the cannibals attack you at night.) 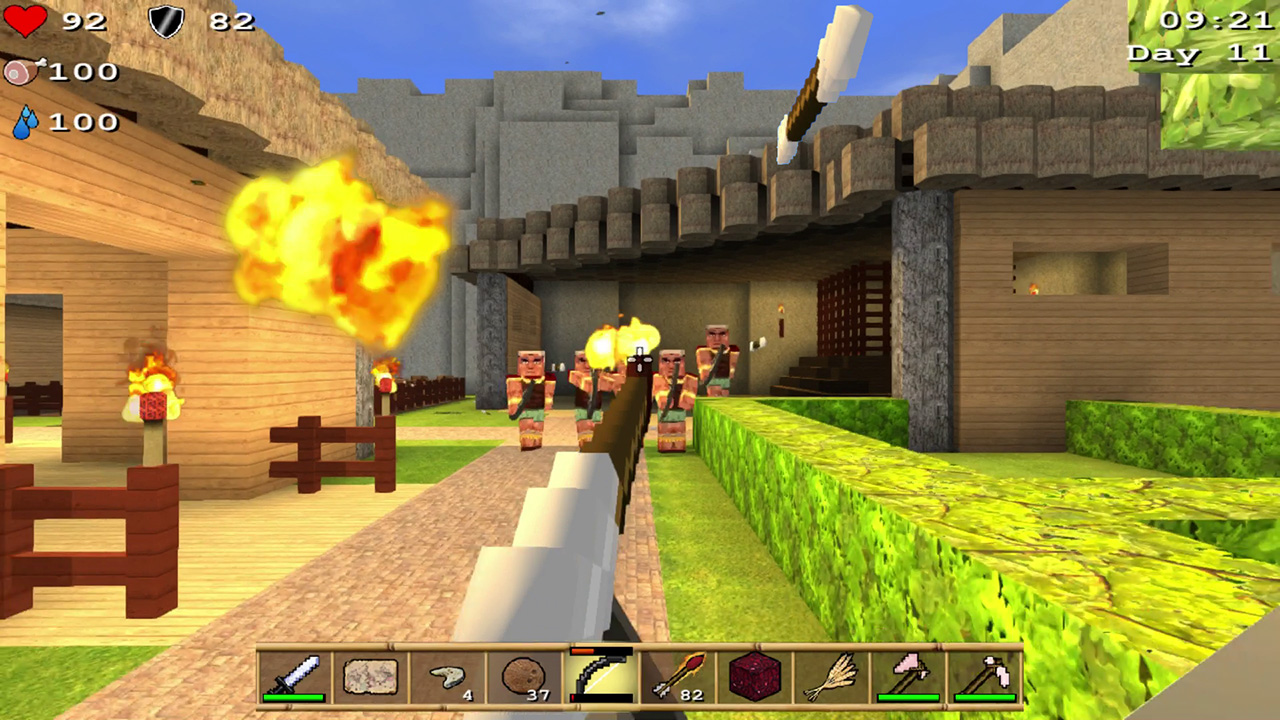 Crafting seemed a bit off at first, but once you got the hang of it, it did become relatively smooth. You had to drag material to the crafting section then it would show you your options for what could be crafted with the right materials. Hints of what can be made are given as you do collect different items. This was actually somewhat helpful. Players still struggling to craft items can open up a crafting guide with further instructions on crafting.

A creative mode allows players to build what they want and explore the game outside of survival mode. With the creative mode, you can pretty much have any block and piece available to you at any time without having to craft it. You also don’t have to worry about health or taking care of the character. 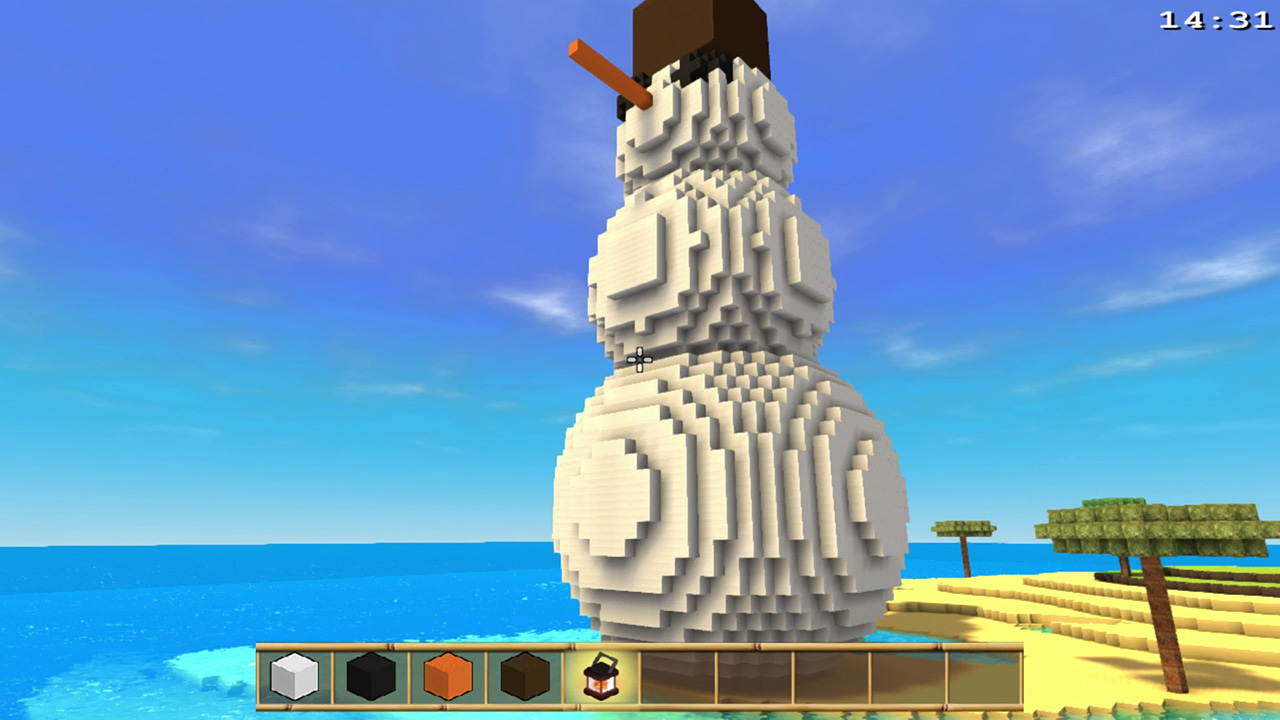 As previously stated, many compare Cube Life Island Survival to Minecraft, and rightfully so. They both offer both creative and survival modes. Both are centered around crafting and building. Minecraft allows players to hold two tools at once, whereas in Cubelife, only one. Cube Life’s survival mode offers a story, whereas Minecraft does not.  Minecraft has an auto-generated world whereas in Cube Life Island Survival you have the same map every time.

However, I do have a few complaints. Finding food was overly difficult, especially in the beginning. Killing a pig didn’t guarantee it would drop meat. When you did find food, unless you’re able to cook, it didn’t fill your hunger bar by much.

Another complaint is if you accidentally hit the button to drop an item while in the mining underground, those items will be lost.

As well, the reach and range of the character was a bit far—while convenient, it just seemed unrealistic. Dropping an item felt more like throwing it. Instead of lightly tossing an item, it was as if he was trying to throw a pass. This is a frustrating quirk when items disappear quickly after being tossed off-screen, or in the event, you have to turn away from it.

While Cube Life Island Survival isn’t terrible, it still isn’t the best. It does its best to separate itself from Minecraft, but it could still use more work. Unfortunately, there are more well-polished games in this genre on the Switch. However, for players looking for a game in this style of gameplay, the $14.99 being asked is a fair budget-priced choice.

While Cube Life Island Survival isn’t terrible, it still isn’t the best. It does its best to separate itself from Minecraft, but it could still use more work. Unfortunately, there are more well-polished games in this genre on the Switch. However, for players looking for a game in this style of gameplay, the $14.99 being asked is a fair budget-priced choice.