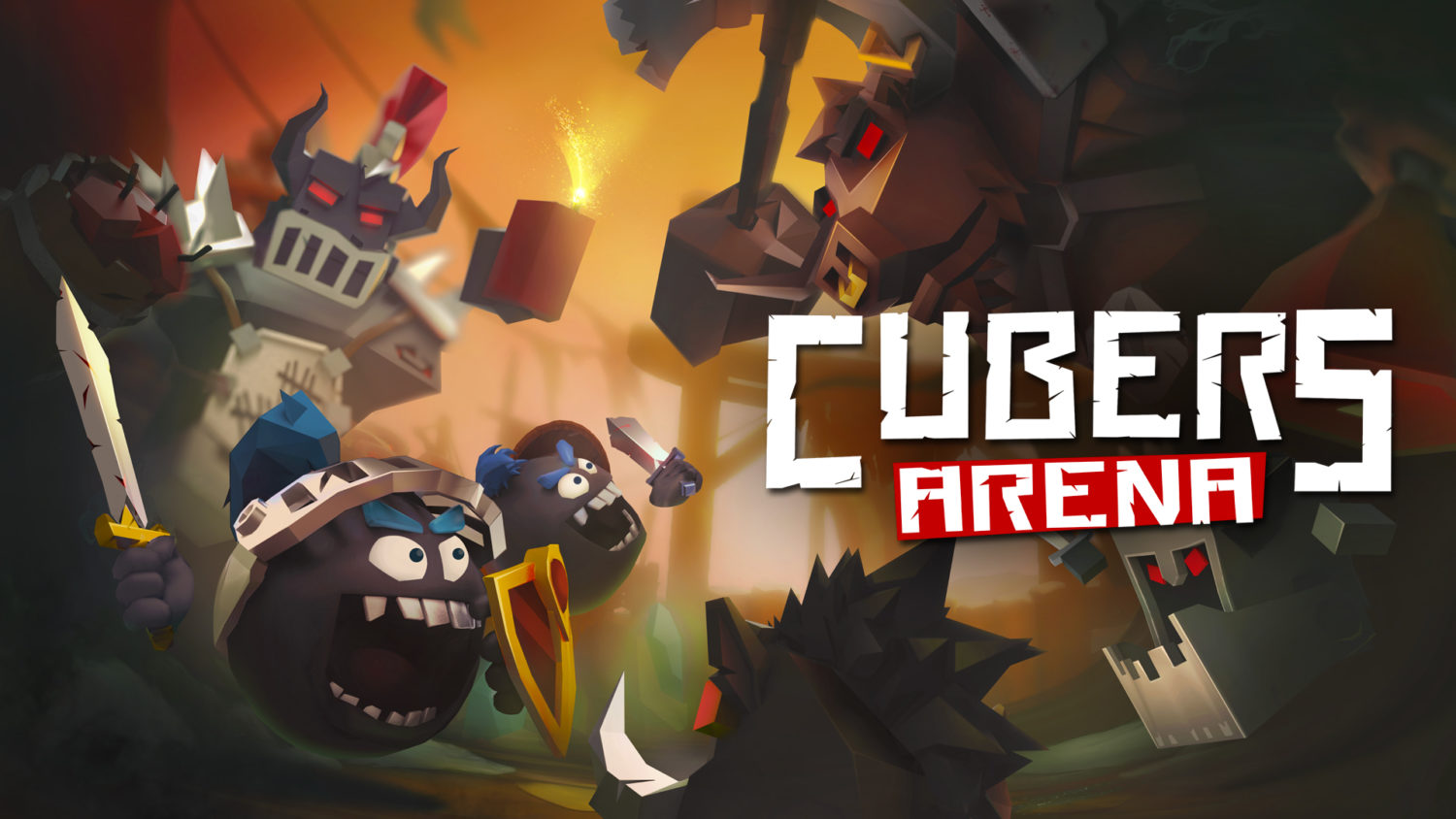 Cubers Arena is an action, arcade, fighting, roleplaying game. Does this game hack and slash its way to the top of your Nintendo Switch must playlist, or does it fall over disarmed and defeated? 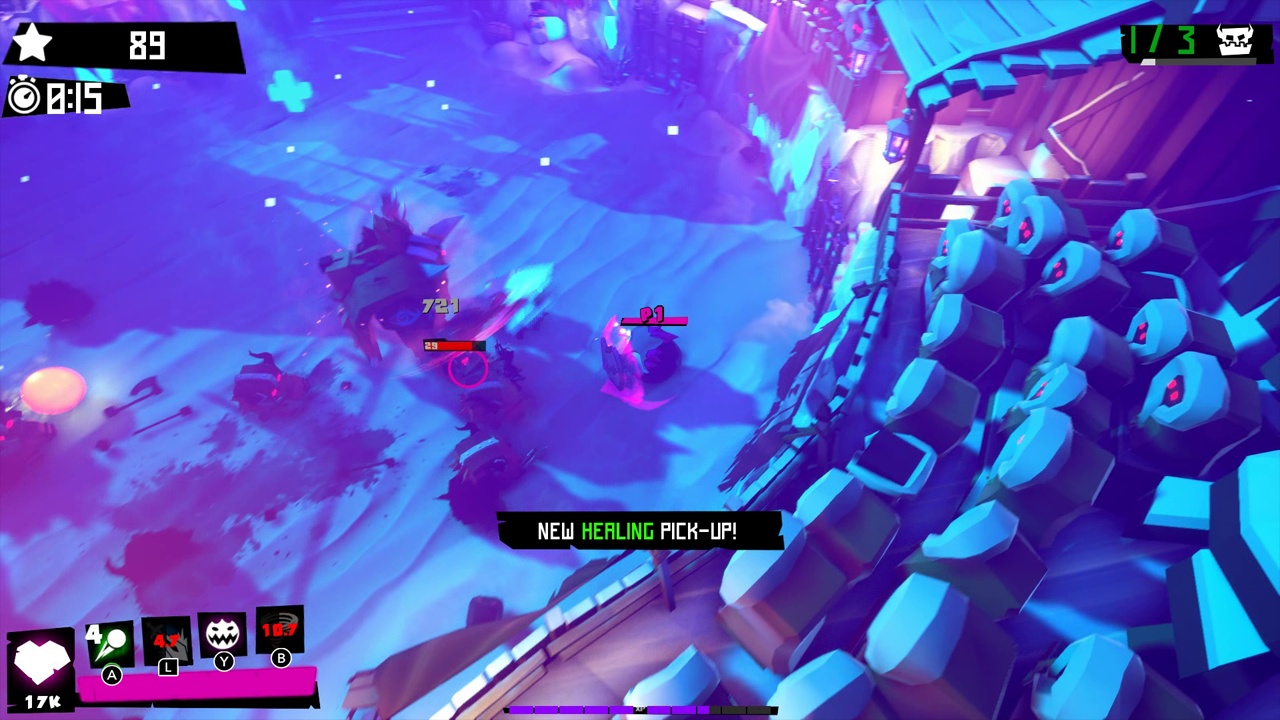 You play as a creature named Baller who was sold by your family. You’re in a gladiator-style arena where you’re battling a few waves of enemies, which also serves as a tutorial. Once you complete the tutorial, you’re deemed worthy enough to see Garoth. Garoth is the leader of everyone, running the gladiator arena. He will grant you your freedom if you battle in—and survive—his gladiator matches. Garoth introduces you to Edin, Xardis, and Solus. Edin will sell you weapons, while Xardis is who you see if you want to add a gem to your weapons and shields. These gems provide enchantments such as critical damage, defense improvements, bonus goals, and other perks. Solus is who you see if you want to purchase a skill.

Levels are broken down into waves of enemies. As you defeat each wave of enemies, the inside of the arena changes slightly. In some battles spinning blades emerge from the ground, which can be used strategically if you lure enemies into them. Your opponents range from rats to heavily armed warriors. During the battle, power-ups such as extra strength, extra health and speed boosts appear within the arena. These are helpful, but they usually spawn in the middle of a hoard of enemies or just to the side of a spinning blade that was almost impossible to reach without getting hit. Making matters worse, there is an enemy that spits a neon green acid at you which just also happened to be the same color as the health. With so many enemies on the screen, it’s easy to mistake the acid spit as health and walk right towards it, which quickly becomes annoying and frustrating. Each level has a star system that ranks how well you did—three stars being the best. With all the grinding, it would seem easy to earn the three-star rating. However, I am not sure how many times I replayed a level and never earned three stars. 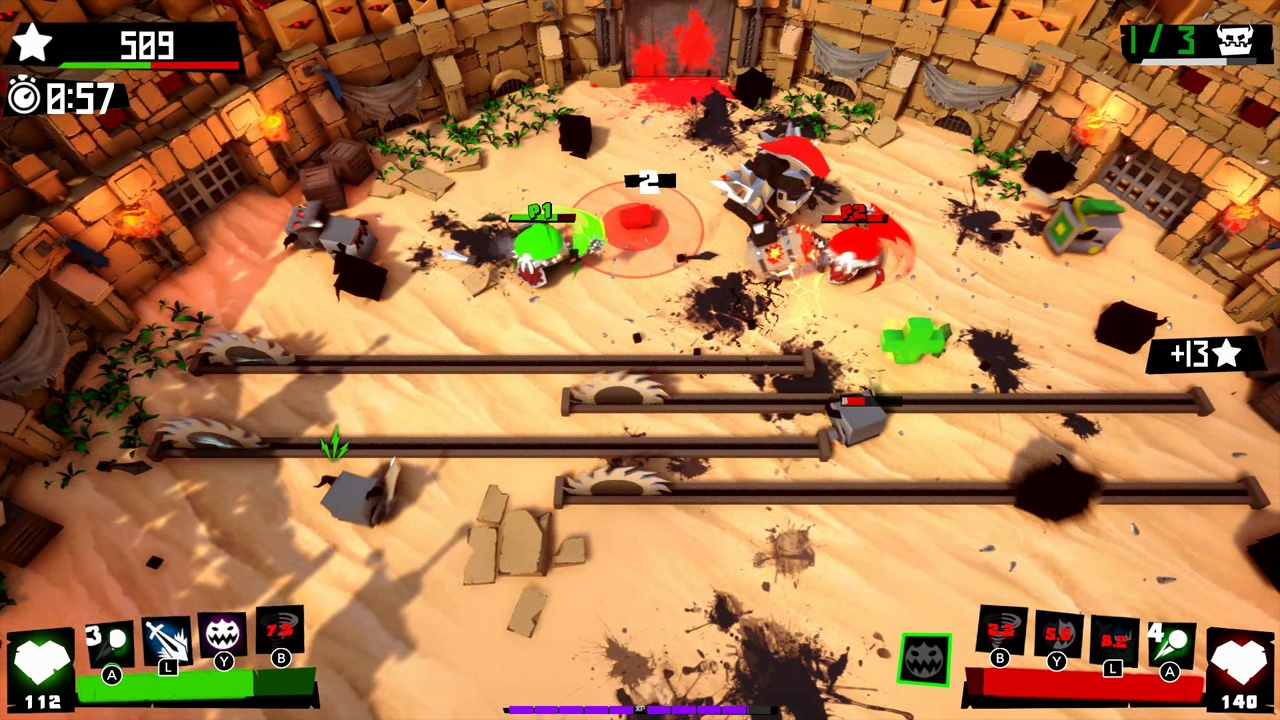 Sometimes levels—no matter how hard you try—just seem impossible to complete without having to go back to the previous level and win it a few more times. Defeating enemies in a battle that allows you to collect money, gems, and experience. All of this can be used to upgrade your character. While the level system was a nice addition to this game style, it still didn’t add too much to the game’s overall feel. It could arguably be a negative point because it is such a grind to level up. Having to grind to reach the specified level to purchase a skill or weapon became monotonous. Sometimes, having reached the destined level, you still can’t afford the power-up and or weapon. This leads to—you guessed it—more grinding. Don’t get me wrong; I’ve played games where grinding is necessary, but in this case, it’s in the same boring arenas with the same boring characters over and over.

Considering the bland character designs, everything seemed to run smoothly with no hiccups along the way. It should be noted that you can turn off blood or change it from red to black in the beginning for those who may want to play with a younger crowd.

Cubers Arena offers slight customization of Baller; you can change the color of his hair. This felt like an afterthought, considering how bland Baller already is. The addition of customization didn’t really add anything aside from the ability to tell the characters apart in co-op. 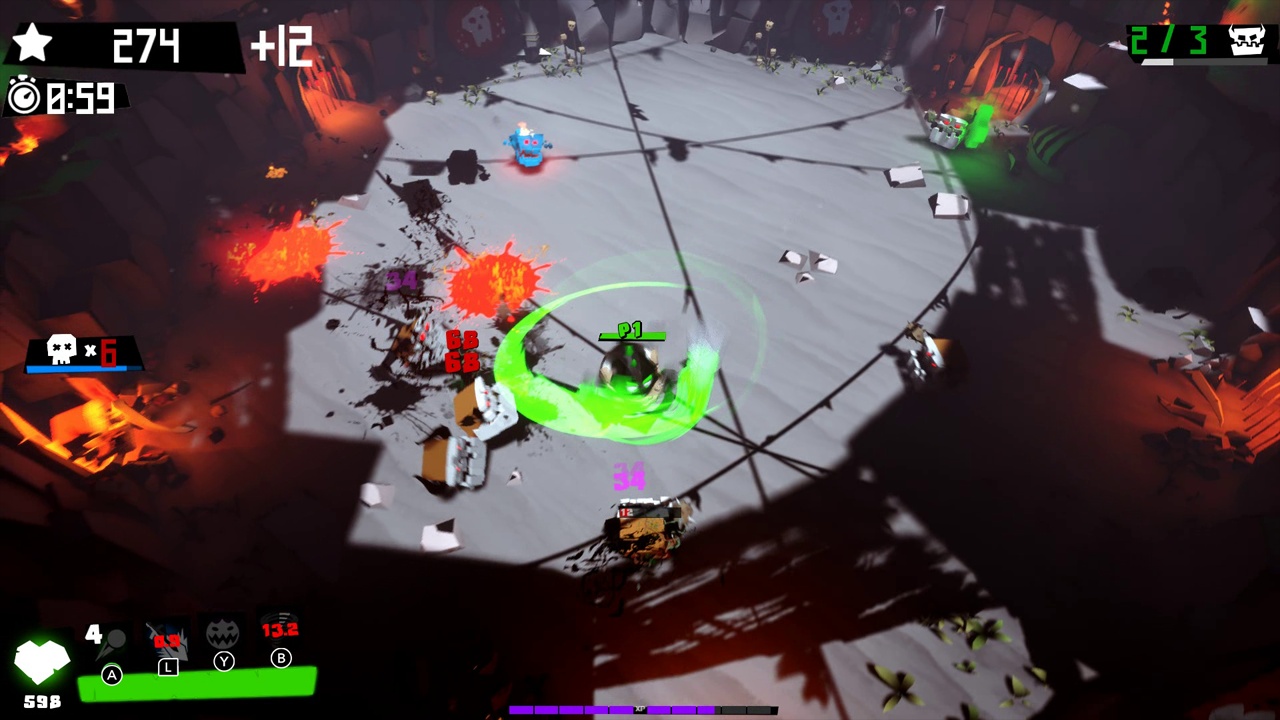