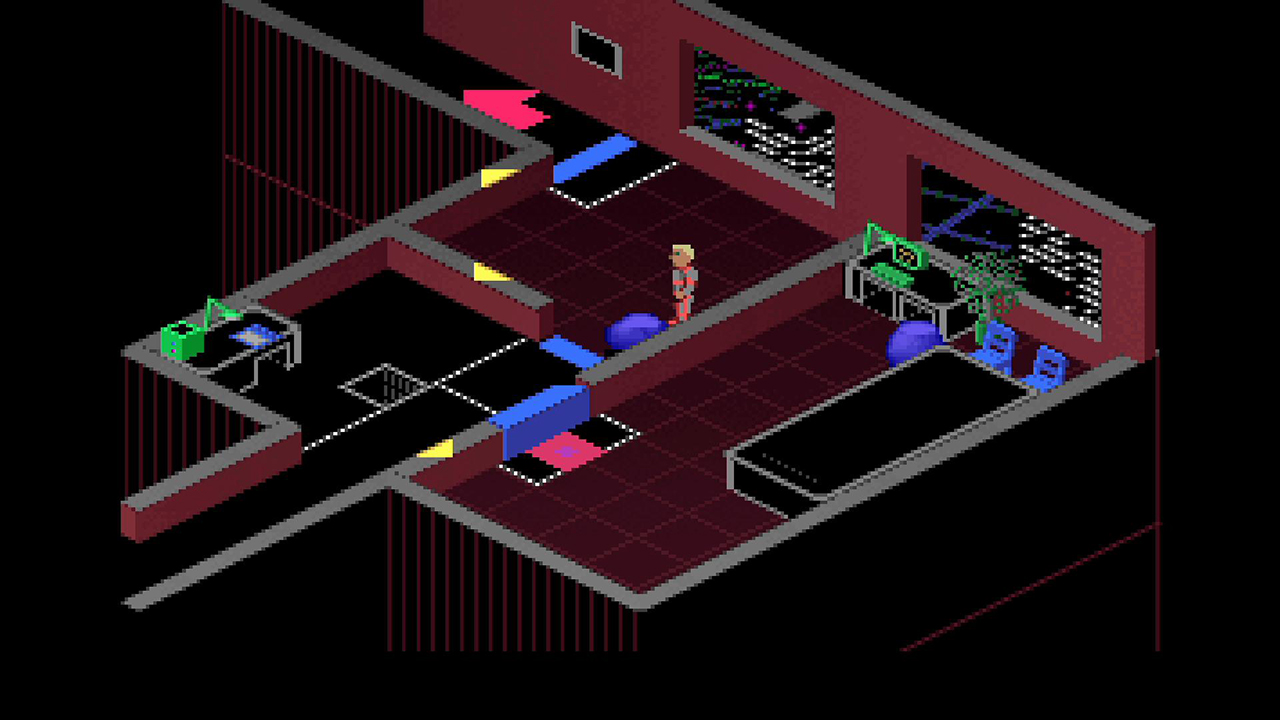 An Amiga and home computer classic, D/Generation was a popular early to mid 90s game. This “Original” version has now found its way to the Nintendo Switch, evidently by popular demand. The HD update (which is also available on Switch) has not been met positively. Given that I’m a retro gamer, I prefer D/Generation’s initial pixels to the odd polygonal changes. Visually it holds the test of time for me, but does the gameplay?

You take on the role of a courier, tasked with delivering a crucial package to a scientist in a large lab. Quickly, you find yourself locked on the 80th floor, and in the midst of a biological outbreak. Working your way upstairs, your goals are threefold: complete your assignment, rescue trapped employees, and escape.

Rescuing trapped employees provides you with extra lives and the occasional key bit of information. You’ll need the lives as this game is tough. That said, the employees often don’t seem like they want to cooperate, either running straight into danger or hanging back when the coast is clear. The information they provide help expand the story some, as do computer terminals. However, especially in the early goings, the story leaves a lot to your imagination, which isn’t a bad thing.

The game is presented from an isometric perspective, as you move from room to room looking for the elevator to advance.  On top of bioweapons on the loose, the security system is on the fritz. Thankfully, your primary laser weapon has unlimited ammo to be used on the threats that you can’t avoid and must be eliminated. You’ll also use your laser to solve puzzles, for example ricocheting it to open a locked door.

Earlier, I mentioned that this game is tough. This is no overstatement. D/Generation reflects its early 90s time period. The gameplay has some trial and error, and lives are limited. Some of the challenges are more cheap than smart too. Going to free a trapped person sitting by an elevator only to have them transform and decapitate you is nothing to write home about. There were also a couple of situations where I got stuck and had to restore my game. The limited save system is probably the game’s biggest handicap, only allowing you to save by floor, not room.

Aesthetically, D/Generation has little music, mainly sound effects.  These add some suspense (when they don’t annoy) but some sporadic tunes would’ve helped, then and now. The visual highlights are some nice really animations and colors. The presentation is quite atmospheric. Each room feels fully realized, and I especially like how the windows give a sense of height as you peer down on the lights of a cyberpunk city.

D/Generation: The Original frustrates while it intrigues. If you’re up for an, at times, cruel challenge, this game will keep you hooked. I do think $14.99 is high when compared to other retro offerings on Nintendo Switch, though. This game is a classic, but this port is pretty bare bones. 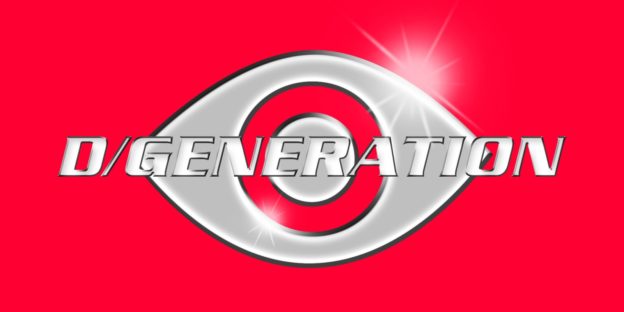 D/Generation: The Original frustrates while it intrigues. If you’re up for an, at times, cruel challenge, this game will keep you hooked. I do think $14.99 is high when compared to other retro offerings on Nintendo Switch, though. This game is a classic, but this port is pretty bare bones.