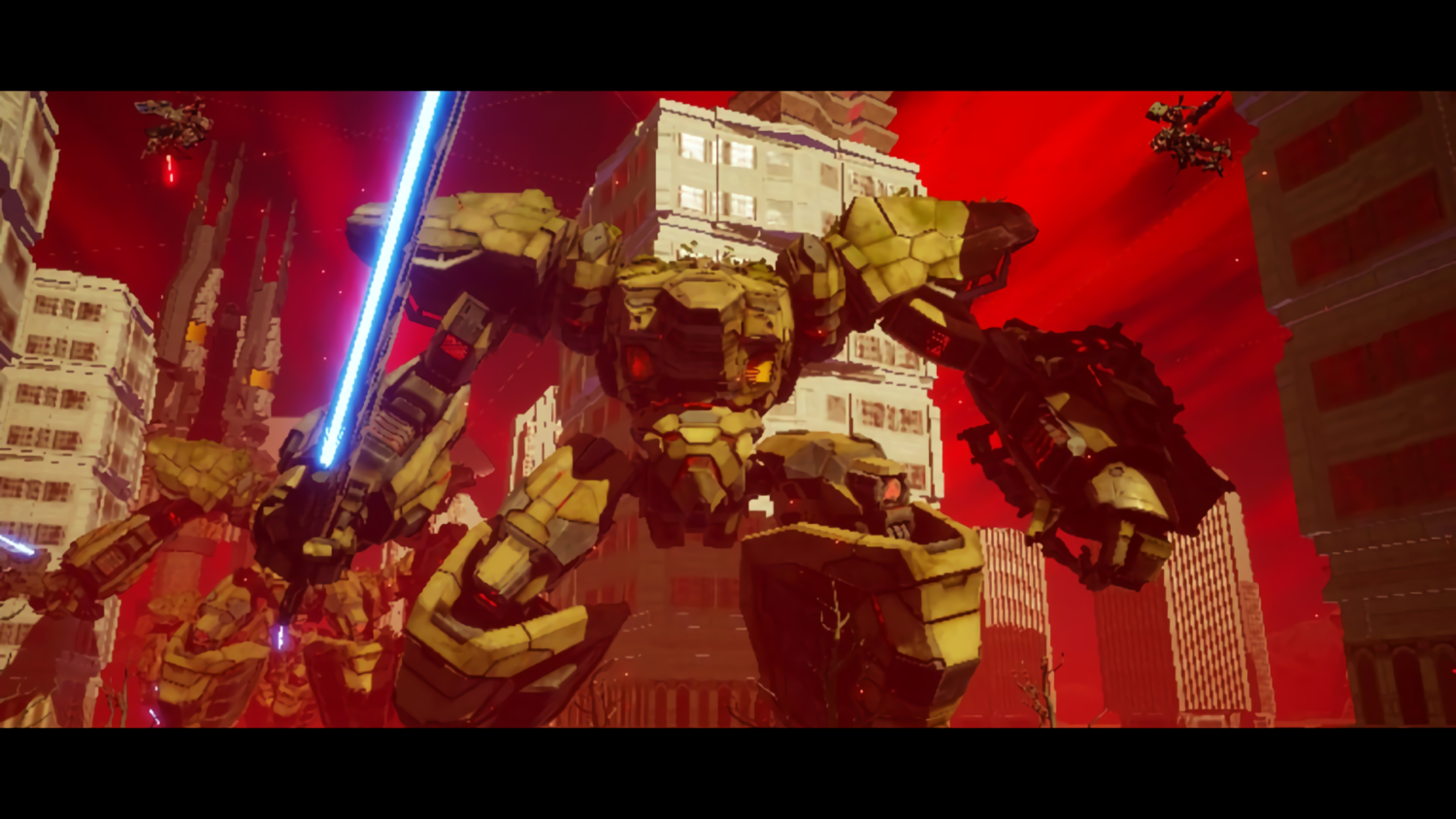 DAEMON X MACHINA is not my usual type of game. I love cyberpunk and mecha universes, but I don’t always reach for them. Still, I’ve been a fan of shows like Voltron and Transformers, as well as the game series Mass Effect (which, for some reason, only had the third title published to the Wii U). But when I saw DAEMON X MACHINA, I wasn’t sure how much I would be into it, and I’m still wondering if it’s enough. 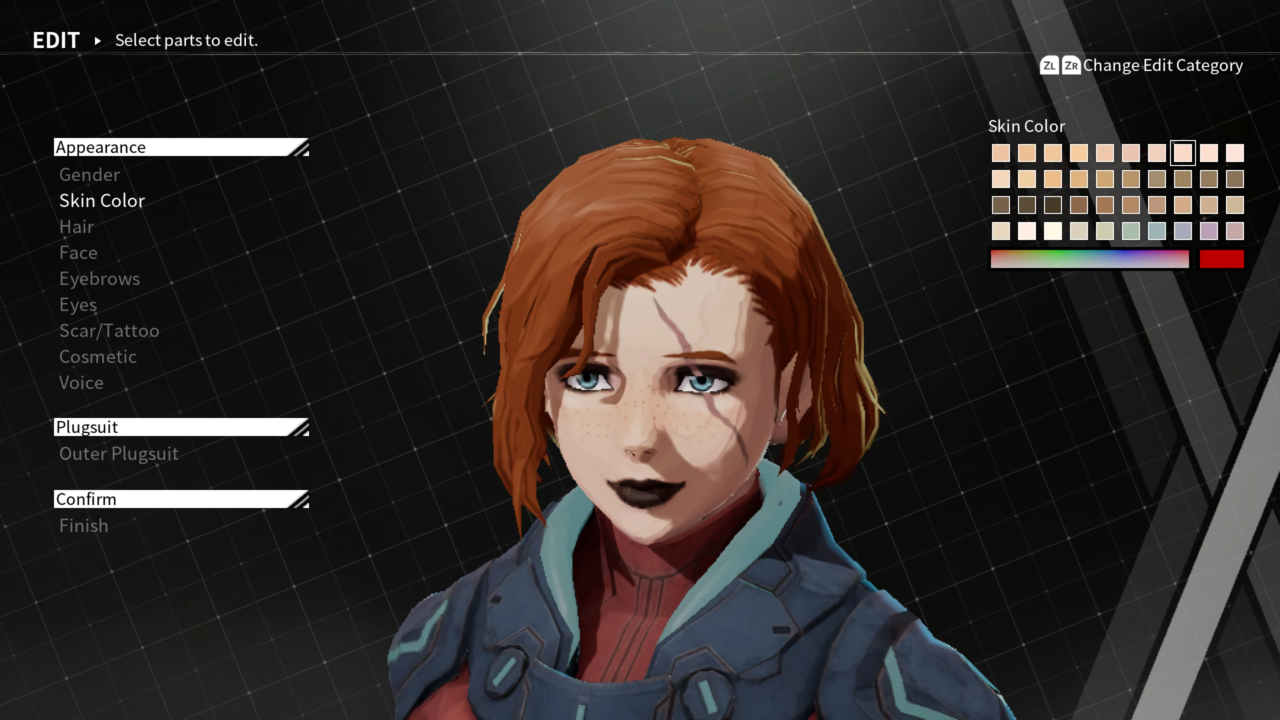 DAEMON X MACHINA is an anime-style combat game. You play a soldier, linked to a fully-equipped combat robot, instructed to battle AI that have risen up after the moon fell and threatened mankind’s survival. The world of DAEMON X MACHINA is somewhat of a wasteland. Even with the technologically advanced base you work from, and the suits used in combat, most of the world seems damaged and desolate. Admittedly the story didn’t feel like there was much of one. There is a setup for the reason why you’re fighting the AI, but not much else worth noting about it. It’s enough to let you know what your place is as a mercenary (called “Outers”) on the battlefield.

You’re taken to a character creator screen after the first expository story setup. I was happy to make a character who looked as close to me as I could manage. There’s something really rewarding about either inserting yourself into the universe, or just building out a character you really love. DAEMON X MACHINA’s character creation was surprisingly robust for a game you can carry with you on the Switch. Perhaps I was underestimating what the developers were trying to offer its audience, but there were at least 20 different head shapes, and each aspect of your face and hair was customizable in shape and color. You even got the chance to change the colors and patterns on your armor. It may not be the sliders and scales you see in other titles, but it’s still an easy to use system that allowed you to configure a totally unique character. You can also equip different weapons to each part of your Arsenal, the robot mech you battle in, to change up your combat style. From long-ranged weapons, to melee swords, I found it really easy to build up a flying armory this way, but in the end it didn’t feel as if the extensive options provided to me were necessary for the story. 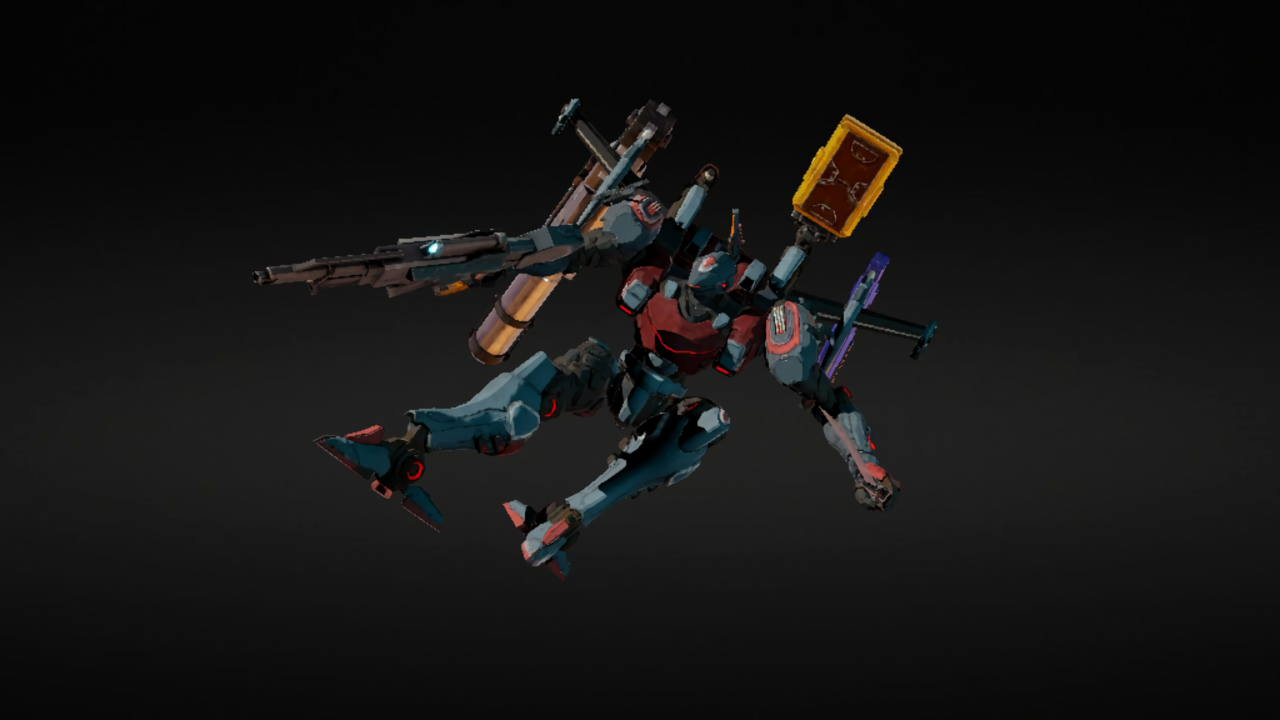 Once actually in battle, the world lit up with color and explosions, but the battles felt imbalanced. Enemies were easy to take down, with the target lock was automatic, making it almost too easy to take aim and shoot the Immortals (the name for the enemy AI). This adds some approachability for players who aren’t as accustomed to the dynamics of more complex mecha games, but it scales down the difficulty for those of us who are more familiar with the genre. Flying around and gliding across the sand felt fluid, and the actual combat was easy from a mechanical perspective, making for really smooth and well-designed gameplay. However, even with the amount of enemies that would swarm you in hordes, nothing felt challenging because nothing posed a real risk to your win-rate.

The second storyline battle you jump into is to take on two Immortals the size of buildings. When you hit an enemy you’ll see numbers fly off indicating damage taken. However, there are no visible HP bars that I could find, so determining how far along I was in taking them down was difficult. After what felt like a lot of monotonous shooting, two NPCs appeared out of nowhere and blew them up. This didn’t feel like a sequence and cut scene I triggered as an act of my own strategy. If anything, it felt undeserved and underwhelming. This became a recurring theme with later missions. I thought at some point the mechanics would scale with how well you did throughout the game, but it never seemed to change enough to feel as though the threat of the Immortals was something your character was a necessary participant in helping overthrow. For a story built around a struggle, it seemed like the conflict was more an annoying infestation of Immortals than something that could kill off what was left of mankind. The multiplayer missions were more or less the same, just with the option of playing with friends or online, and because of this, I didn’t feel as though I was gaining anything from the multiplayer missions that I wouldn’t have gotten from the solo ones. If you enjoy the cash payloads from wins to put towards more equipment and customizations, it does offer much bigger ones than the story missions, but since none of it afforded me any advantages in a game already scaled to my benefit, it seemed like a waste of in-game currency. 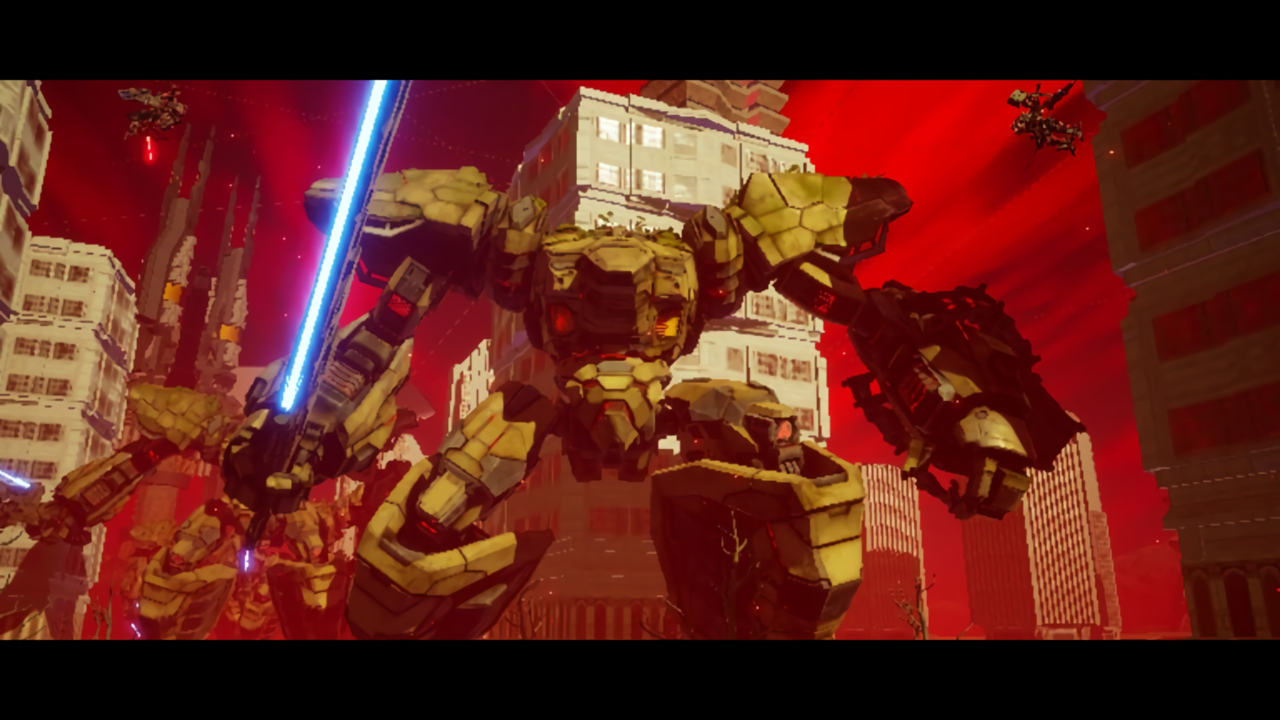 DAEMON X MACHINA is a good stepping stone for a Switch exclusive that could make for an intriguing mecha game. Its bright colors and animation style renders your character beautifully into each scene and the combat system feels good. It almost isn’t a terrible game for someone who wants the aesthetic of mecha in a game that’s easy to play. However, it’s lack of fulfilling story or risk and reward in missions made for a lackluster gameplay experience for seasoned players.