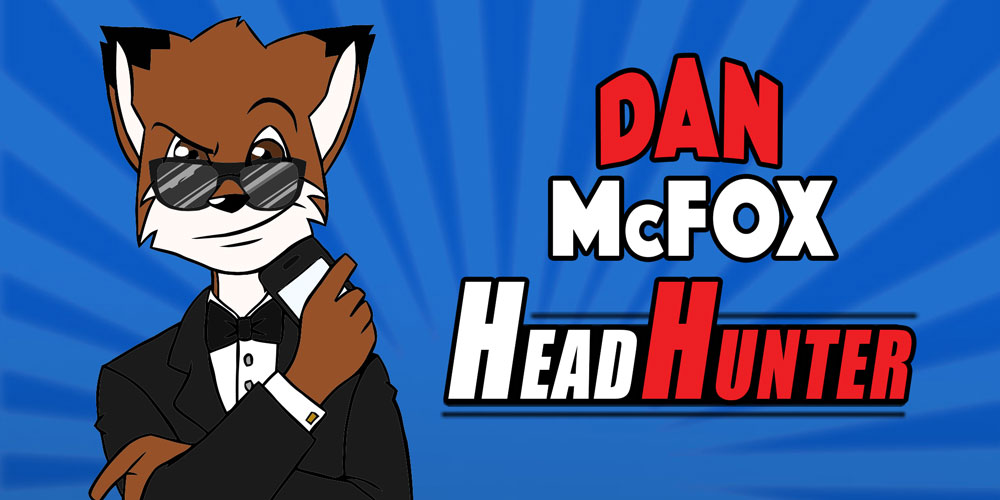 Dan McFox: Head Hunter is an interesting little title, and at first I was pleasantly surprised by the simple yet fun premise.

The basic concept of the game makes it very easy for anyone to pick up and play in short bursts, with no need for a tutorial or backstory. Instead, you’re greeted by some kind of spy-fox named Dan McFox, who needs your help finding criminals. McFox rounds up the criminals and asks you to spot the guilty party based on descriptions, like four with red hair. It’s basically a cross between Guess Who and Mii Finder (from Wii Play, remember that?). 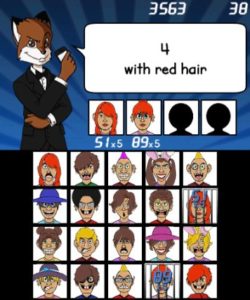 There are 60 levels in the main game, each with a number of rounds to work through. You won’t be able to proceed to the next level until the current one is complete, with at least a one star rating required to pass a level.

Up to three stars are acquired upon completion, with speed essential to gaining a higher score. The star rating could keep perfectionists coming back to attain that ultimate score.

As mentioned at the outset, this game is fun in short bursts. It’s a refreshing puzzle game with a unique concept, and some fast and frantic touch screen action is there to be had, but it ultimately becomes repetitive. The thing is, the original concept is fine, but there is very little variety to keep this one from getting old very, very quickly. And although you can revisit levels to try to beat your score, the levels are exactly the same each time, meaning you can easily learn the patterns and gain 3 stars for every level, if you really wanted to.

Unfortunately there’s also a lot of room for improvements, namely the graphics, audio and general glitches.

The graphics are very basic, I’d actually say they’re quite awful. Dan McFox looks OK, but there’s certainly no 3D at all, and the faces used in the panels are just plain ugly. That doesn’t necessarily stop it from being a decent title, but it just detracts from any kind of appeal.

The music is interesting, sounding a little like a pianola in an old West saloon. It actually fits in OK with the game, but the sounds the criminals make when you find them is odd, to say the least. The females make a pathetic “nooo” sound, it’s a little cringe-worthy. or maybe it’s meant to be funny? I’m not quite sure what the developers were going for here, but again it detracts from the experience, rather than enhances it.

Finally, and probably the main deterrent from this game is that I was able to consistently crash it by being too fast. In a game where speed is the key to high scores, this is definitely a bad omen. The screen simply freezes, though the music continues playing, and the only way to reset is via the Home button to restart the game.

Overall, I definitely found some short-term enjoyment from the game, initially having fun finding faces in the crowd. The odd sounds and ugly graphics are off-putting, but ultimately it’s the repetitive nature of the game, and the fact that it crashes, that let it down. Some further development could certainly improve this title.

A fun concept that’s initially well-received, but not executed particularly well. Improved graphics, sounds, and bug fixes could make this title much better.