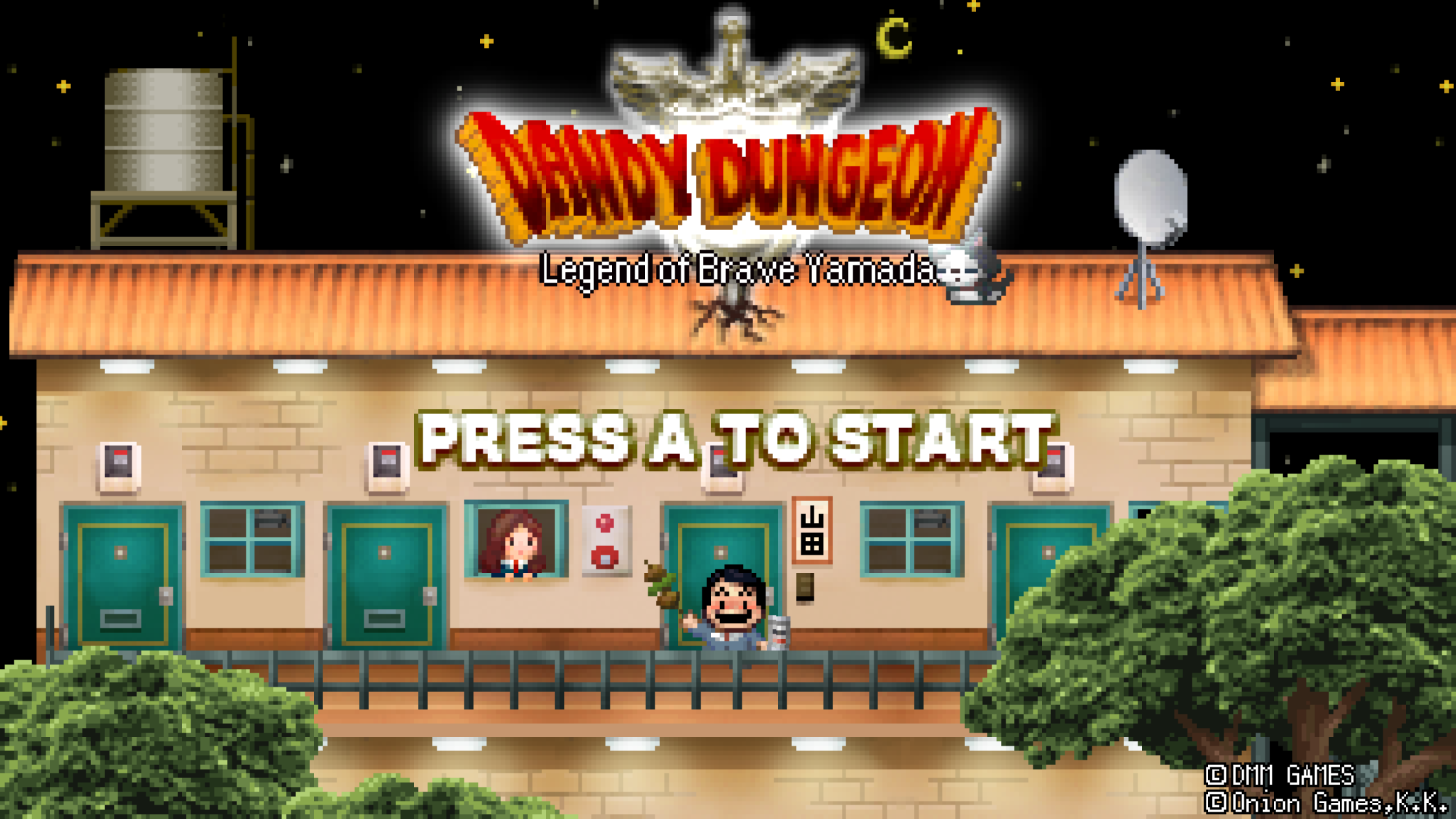 When was the last time you picked up a game that made you laugh out loud? “Dandy Dungeon ~Legend of the Brave Yamada~” was that game for me. 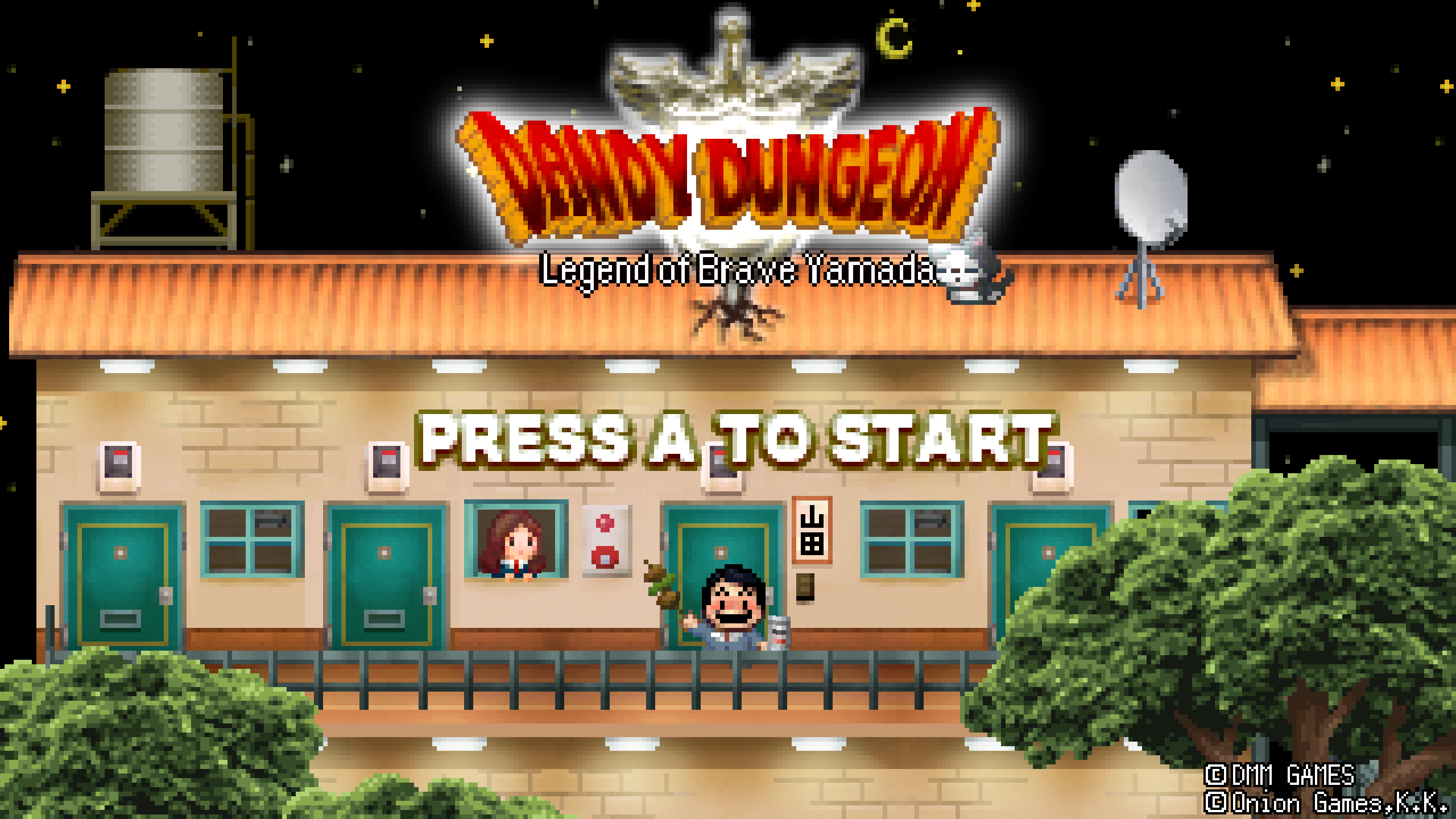 “Dandy Dungeon ~Legend of the Brave Yamada~” is a retro-skinned RPG that breaks the fourth wall, imports you into a game inside of a game, and unravels the story of one man, Yamada, trying to create his dream life.

What is his dream life, you might ask? It’s to work at home being a great game designer and win the hand of the girl of his dreams. Pretty relatable, if you ask me.

Every morning, this bouncing 36-year-old man strips down to his boxers and spends all day coding on his computer to make the game he wants—not the game his bosses at Empire Games, Inc., make him play. Yamada is a man of taste, and he doesn’t want to be held back by their structure and boring corporate ideals. Or excess clothing. 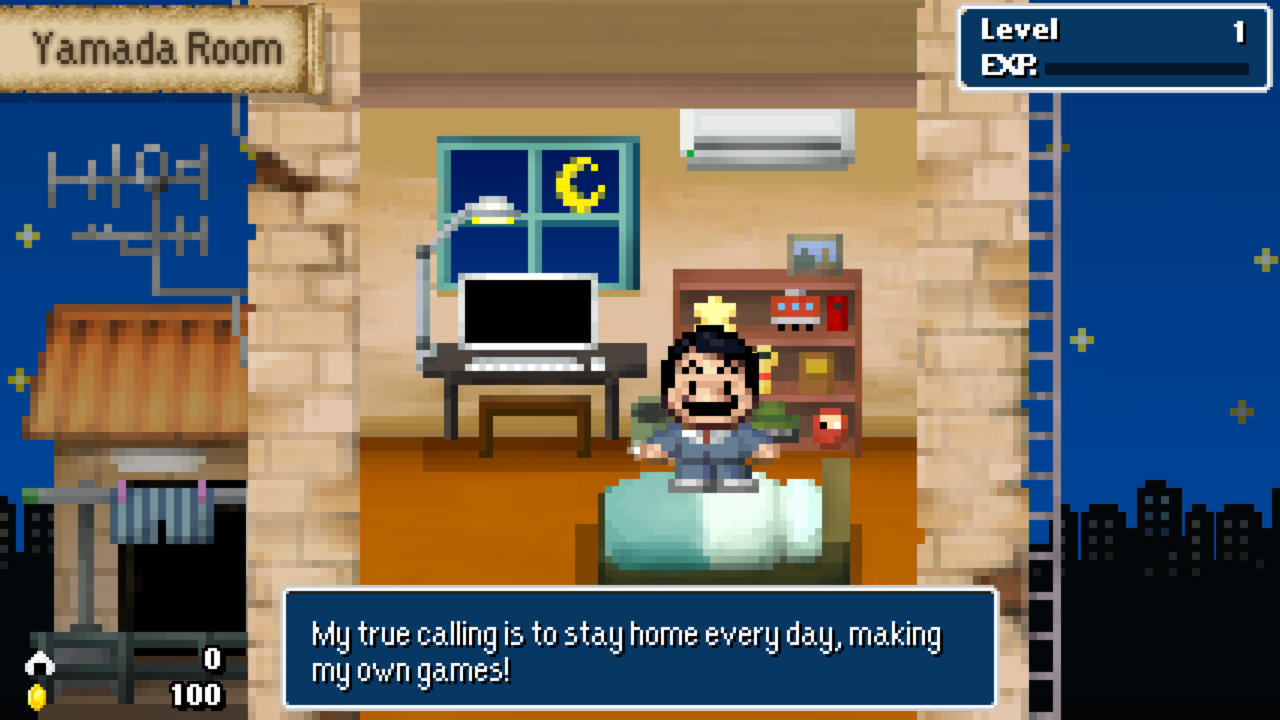 “Dandy Dungeon ~Legend of the Brave Yamada~” is a unique blend of classic gaming with a peculiar voice-over element that comes into play at the start of each level. For a game of this style, you’re more likely to expect the sound effects that mimic voices, or a midi-based soundtrack. Instead, you’re met with, presumably, Yamada’s voice, humming victory songs as the level begins. It was dorky, funny, and catchy.

As you playtest Yamada’s ever-evolving game as his coveted debugger, the boxer-clad Yamada earns XP. This made me both invested in level progression and Yamada’s real-world goals.

Throughout each debugging quest, players are asked to draw a line through a dungeon floor to lead your character to the exit. This can be done by the Joy-Con or touchscreen when in handheld mode—which is a callback to its original smartphone form. As “hero Yamada,” you collect treasure, gold, and other items which you can later equip and upgrade. The game feels authentic to a dungeon-based RPG pulled from the 8 or 16-bit era. It’s the perfect balance of simple mechanics and puzzle-solving. 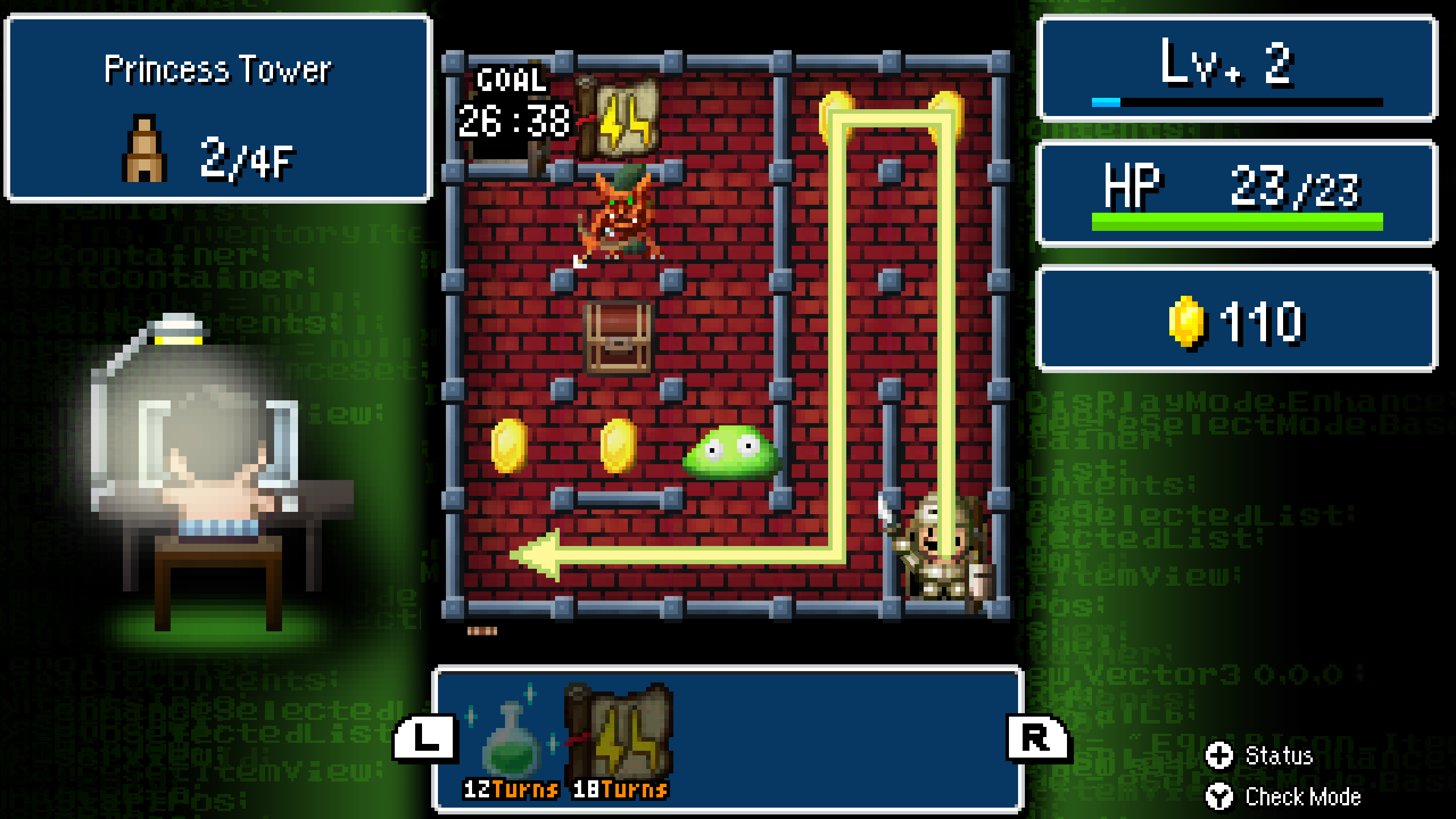 Ordinarily, I would try to bring a valuable critique to my reviews, but I am at a loss for ways in which “Dandy Dungeon” could have been improved. The story carries you along seamlessly. And rather than lose its appeal by simply moving you between Yamada’s story and the levels, you’re provided game upgrades with each new phase in the story to bring in something new with each level.

“Dandy Dungeon ~Legend of the Brave Yamada~” could have survived as a title without the overarching story of who Yamada really is. The fourth wall element of a man asking you to be his debugger—while you witness his game evolve, as he brings in elements from his life—took the idea of a “passion project” to an entirely new level.

I can’t recommend this title enough to RPG fans looking for a layered take on story-telling and humor. Handheld or docked, the Switch gains so much from having a title like this one in its library.

“Dandy Dungeon ~Legend of the Brave Yamada~” is hilarious and fun! Anyone in the family can pick this game up and have a good time. This game is best played by lovers of humor and RPGs.