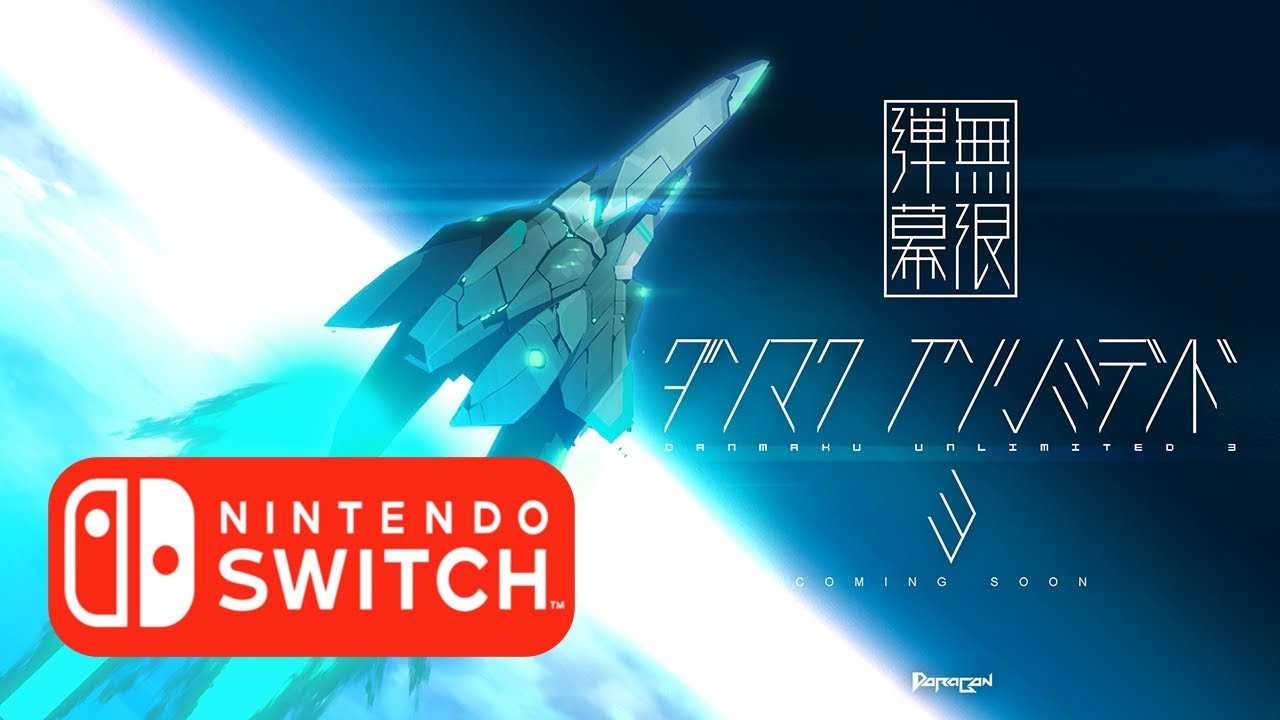 Danmaku Unlimited 3 is an action game, commonly referred to as a Japanese shoot ’em up bullet hell game, from developer Doragon. With a wide range of shoot ‘em ups already available on the Nintendo Switch, how well does this action-packed game hold up? 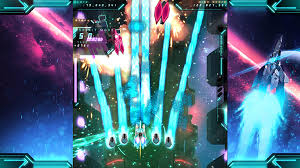 You control a small fleet of airships with one central larger ship that holds the main core. On each side are two smaller drone ships. Each ship shoots its own individual beam.  You can also have all of the drone ships combine to create centralized beam. The larger beam attack is more powerful however it causes your fleet of airships to slow down. You can switch back and forth between attack patterns at anytime. You also have access to bombs, which damages all enemies and clears all bullets that are caught in the blast. In spirit mode, the bombs will automatically fire if the core of the ship is about to be hit. When the core of the ship is hit it explodes and when you lose all of your ships it’s game over.

Flying close to bullets will graze the core of the ship, which adds energy to the trance meter. When full, the trance meter for a brief period of time makes your attacks more powerful. This trance mode also causes enemies that are destroyed to become gems. Collecting the gems adds to your score.

Gameplay is centred around destroying enemies and trying to gain a high score. When an enemy is destroyed their bullets remain but only as “spirits.”  Spirit bullets are harmless but collecting them also adds to the trance meter. When the trance meter is full pressing the bomb button will enter trance mode. (it will auto by default when playing in spirit mode. ) When in trance mode the weapons of the ship become more powerful and all enemies bullets will turn into gems. Gems add to the graze counter and have a large effect on scores.

The two modes offered are Spirit and Graze system. Spirit mode is more for beginners as it allows for the enemy bullet spirits to be collected. Graze system is more of a true mode for players with experience in the genre. One of the biggest advantages is that it offers a wide range of skill levels, allowing for players who may need practice to build their way into becoming an expert. The development team did a great job of designing for multiple skill levels. Spirit mode has difficulties ranging from Easy to True, whereas graze mode only has two difficulty settings, Hard and True.

Weapon formations are unlocked by completing tasks. Once unlocked you can combine the shooting and beam to fit with your strategy. To defeat levels, weapons are not the only thing players will need to focus on. The memorization of where enemies and their bullet patterns is always a great idea. At times during the bullet storms it felt much like looking through a kaleidoscope, which can be a bit hard to memorize. There is only five levels within the game, to master. Although five stages my not seem like much depending on the difficulty setting each stage has more enemies, which makes if feel different in it’s own right. 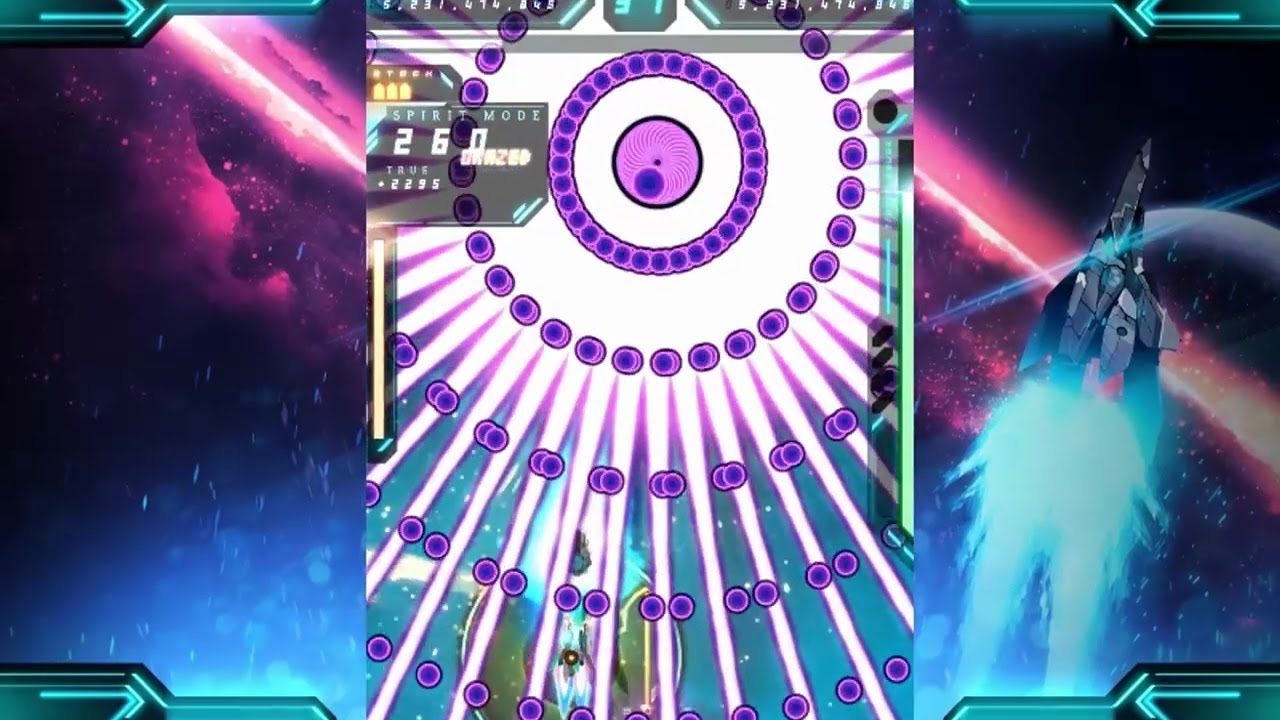 As far as story goes, it’s not very deep. At the start of each game the words “Arise from your slumber Valkyrie; justice to those who bring malice” appears briefly on the screen, which is all the context you need to get shooting apparently.

Having never really experienced a game in this style before, it certainly was a positive experience. After several attempts I started to really enjoy the game. Each playthrough I seemed to get slightly better. The more I played the more engrossed I found myself in it. Questions like, can I get a little bit closer to that bullet next time? Is it really worth the boost in score and the charge of my weapons? Playing Danmaku Unlimited 3 was an absolute privilege. I certainly look forward to future titles.

Each playthrough I seemed to get slightly better. The more I played the more engrossed I found myself in it. Questions like, can I get a little bit closer to that bullet next time? Is it really worth the boost in score and the charge of my weapons? Playing Danmaku Unlimited 3 was an absolute privilege. I certainly look forward to future titles.