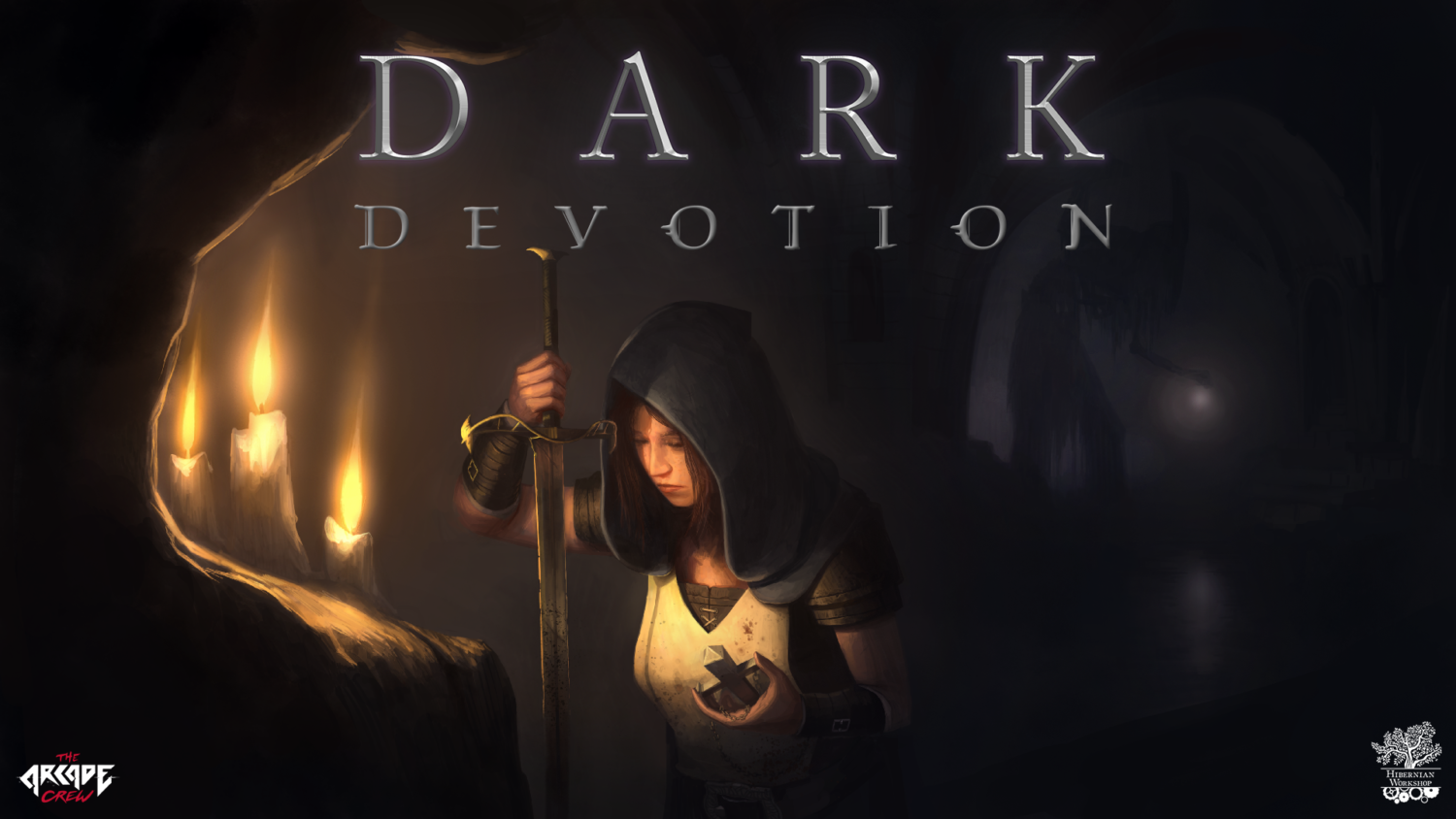 Dark Devotion is an action-adventure platformer for the Nintendo Switch. You play a Templar knight who must put her faith to the test. The term “roguelike” is tossed around a lot these days; with its high difficulty level and restart features, Dark Devotion also finds itself in this category, with a smattering of other influences thrown in for good measure. Although it’s not my favorite genre, Dark Devotion is a fine game overall, if you’re into that sort of thing. And if you’re ok with dying a lot.

It’s a great-looking game, with a gloomy aesthetic that suits the dark religious story. As a side-scrolling platformer, there are some neat effects, whether it’s the blacksmith who forges your weapons before a run, or the dreary NPC knights who almost fade into the background. Interactions with these characters are done in a subtle way that feels very natural. 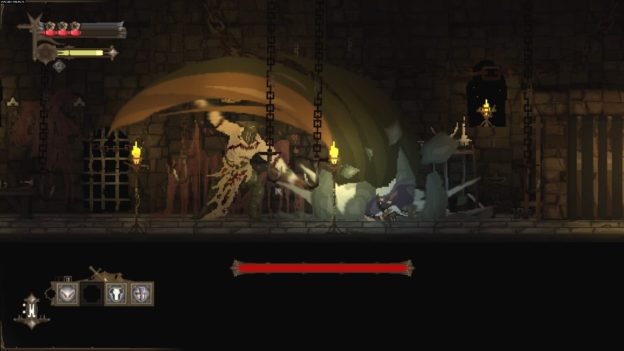 The beginning opens with a run through a temple, ending in a boss fight. This not only introduces us to the character, it also serves as a simple tutorial. But it’s not until after this level that the story truly begins.

Did I mention the high difficulty? True to its roguelike formula, this is a punishingly hard title. After the tutorial round, you wake up in a new area without any weapons. After collecting a basic sword and shield from the forgery, it’s off to the Ancient Dungeon. 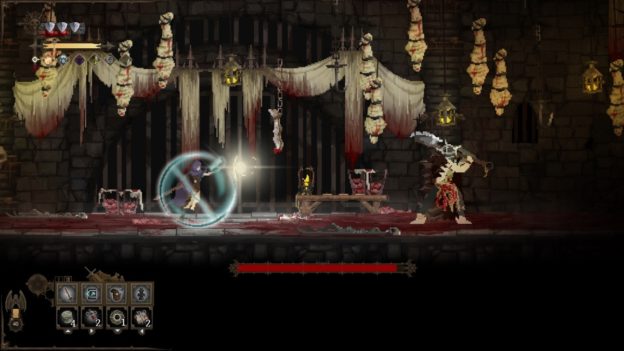 The 2D platforming style of running and slashing your way through a gloomy dungeon is a nice change of pace from the usual top-down approach to roguelikes. Having said that, something seems a little askew. The controls work well in theory, though weapon slashes seem slightly delayed, which doesn’t help with that high level of difficulty. It could also be related to the game’s subdued look; precision timing is harder in the dark. Given the high death rate, I assume this is the point.

Unlike other roguelikes, the levels in Dark Devotion aren’t procedurally generated. This gives you a chance to learn the best way to tackle the labyrinthian tunnels. Despite this, be prepared to die repeatedly as you make your way through, respawning weaponless at the temple. Most of the items you collect on your run are not available to you once you die in those tunnels. This is a true test of patience. 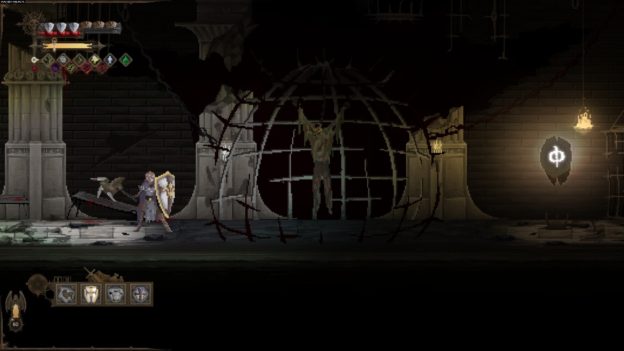 Another unique feature is the faith-based system whereby you gather orbs of light as you defeat enemies. This becomes an essential method of progression, whether the faith points are used to open a door or heal yourself. These types of strategic moments create a more interesting game.

Overall, Dark Devotion is well-represented and should appeal to fans of punishing titles. The subdued graphics and atmospheric sound suit the story’s darker and somewhat depressing tone and help to bring the game to life. The platforming is refreshing, although slightly clunky, and the convoluted story can be confusing or boring at times. Unfortunately, the game will alienate itself from many players due to its high difficulty level. I personally found it too difficult to enjoy, but this can be par for the course with roguelikes. So, if the thought of numerous deaths piques your interest, this is certainly one to check out.

While Dark Devotion certainly adds a few novelties for a roguelike, it maintains a high difficulty level that can be off-putting. It looks lovely, though some iffy controls and sometimes convoluted story detract from the overall enjoyment.