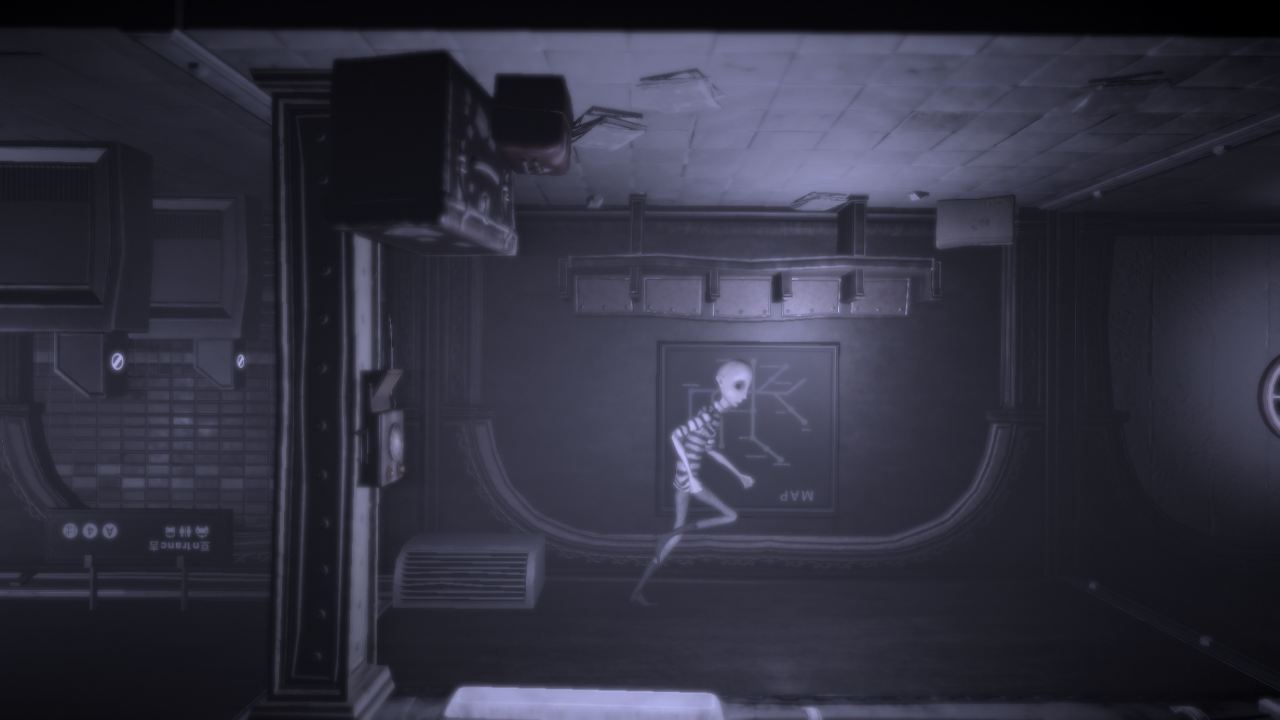 In the game DARQ, you follow a young boy named Lloyd who seems trapped in a nightmare loop. Your objective is to help him wake up by exploring his dreams and solving puzzles. These puzzles start off pretty simple, and of course get harder as the game progresses.

When first starting DARQ, you appear in a house in which your only option is to sleep. As you lay in bed, it looks as if Lloyd’s body ascends into his dream world, which starts out as an empty room. Because the game gives you no instructions and no dialogue, it can be confusing at first to get started, but the controls are explained in the settings if you need help figuring them out. They’re pretty basic and easy, but I did have trouble with them in some of the puzzles. For example, in one time-limited maze, the control stick wasn’t very accurate. I had to use the D-pad after trying multiple times and failing.

I thought the art style of this game was super cool. Since it is a horror game, the visuals are creepy and interesting to look at, especially because of the way Lloyd gets around. He can walk around and use wheels and levers to change rooms, and it’s quite fascinating to watch. 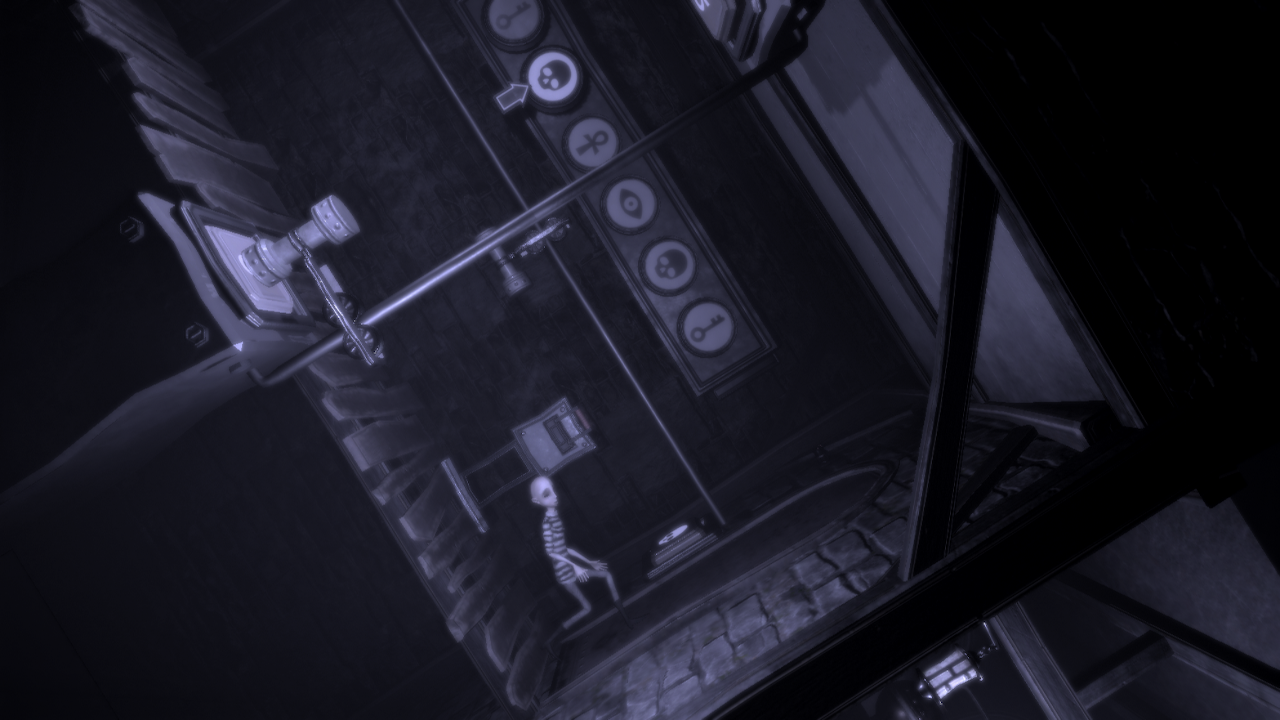 Anything you can interact with lights up, so you aren’t really able to miss anything, which is helpful. The different chapters each have a new setting, so exploring each different area was fun. The puzzles are mostly physics-based, requiring you to play with gravity and rotating rooms to reach your goals.

The monsters you run into (or, more accurately, try to not run into) remind me of Tim Burton’s art style. Lloyd himself would fit right into any number of Burton’s movies. 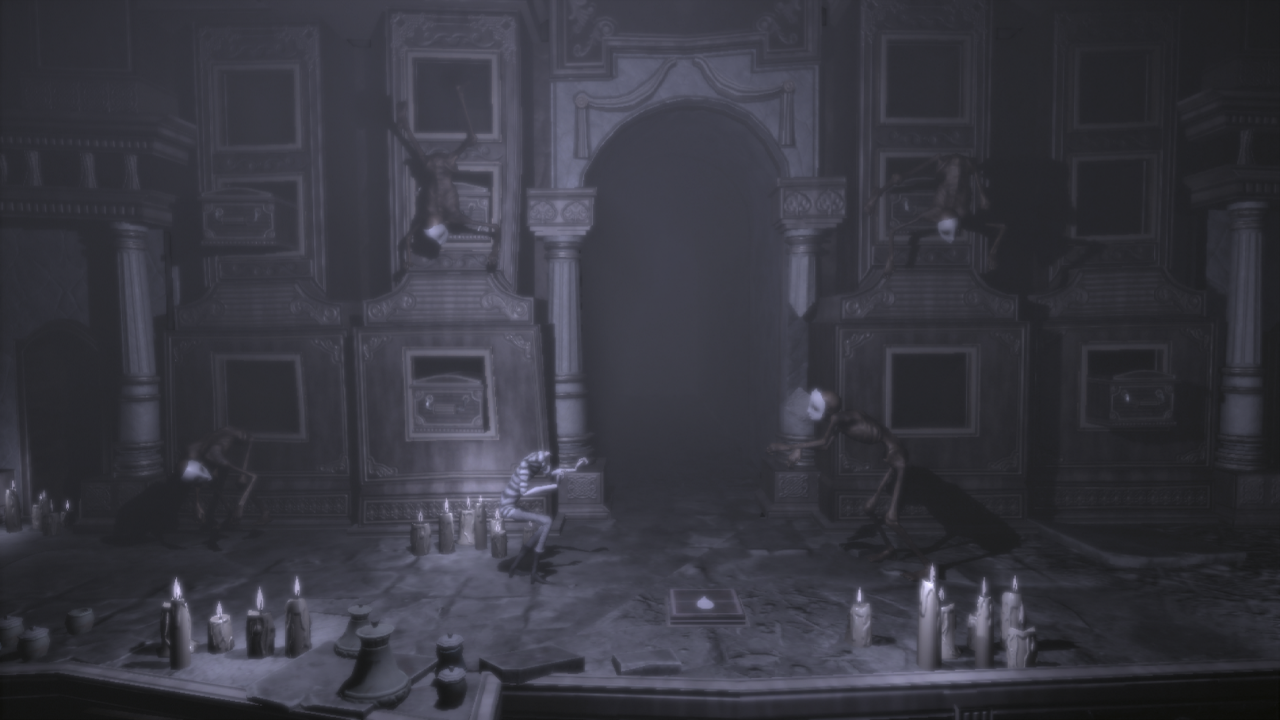 The graphics could have been a bit cleaner, however, as there were a couple times when the monsters looked like they were floating when they were supposed to be walking, and they also could’ve moved more smoothly.

While DARQ does have a lot of good qualities, I also found it quite confusing at times. There wasn’t any real story, and most of the game was up to your interpretation. Adding on to that, each level had hidden papers called Dream Journals. I thought these would give some sort of story or explanation on what’s happening, but I couldn’t find any option to read them.

I was also somewhat disappointed that DARQ wasn’t as scary as I hoped it would be. The jump-scares did get me a couple of times, and the suspense builds nicely, but I never found myself genuinely worried or frightened throughout the game. 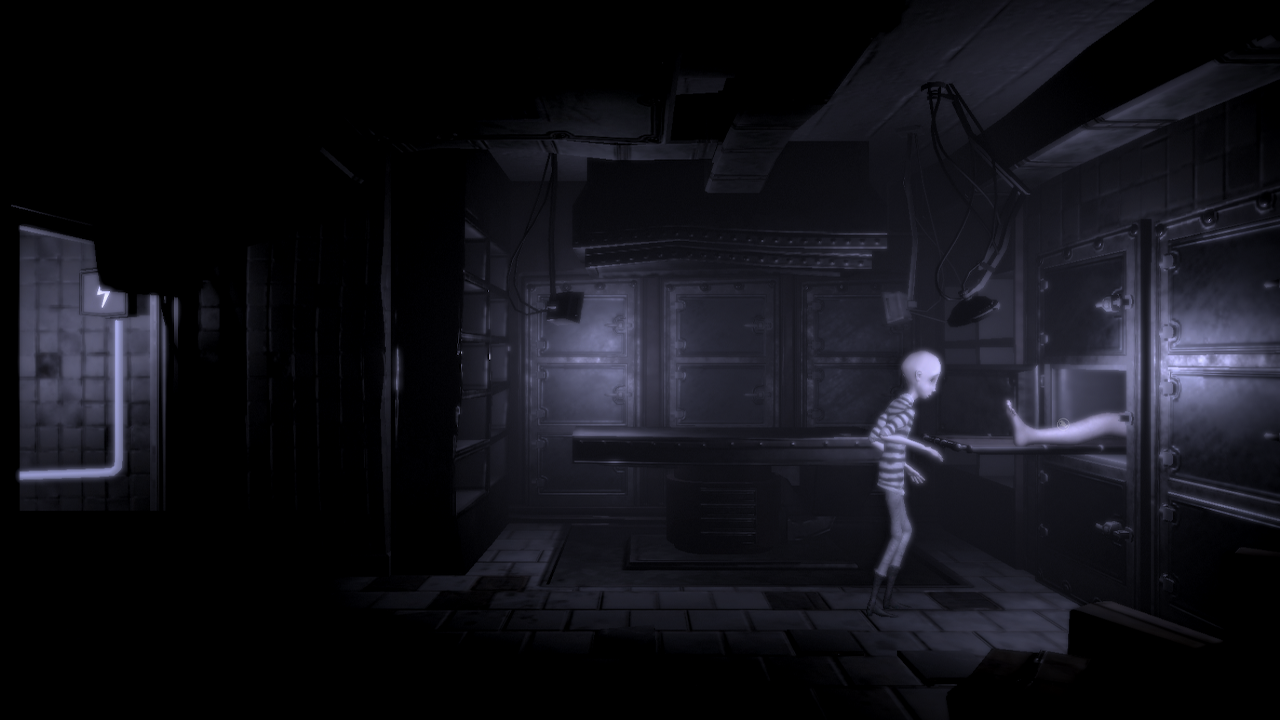 However, even without Lloyd explaining his feelings, I did feel bad for him as he went through nightmare after nightmare, and jump-scare after jump-scare without a break. This adds to overall weight of DARQ. It’s cool that I was able to understand the emotion of the game and repetitiveness of Lloyd’s struggles even without obvious indicators of what he’s feeling.

Your skill level with puzzle games will most likely determine how long it takes you to finish DARQ. I finished in under five hours, since there are only six chapters. This doesn’t seem long enough for $20. Thankfully, this complete edition extends the experience with two full DLC packages of puzzles and mysteries.

DARQ Complete Edition is a dark puzzle platformer in which you must help a boy named Lloyd navigate a seemingly endless loop of nightmares. Its lack of story and solid scares may disappoint some players, but it’s a solid pick-up for those seeking a quick, creepy gaming experience.