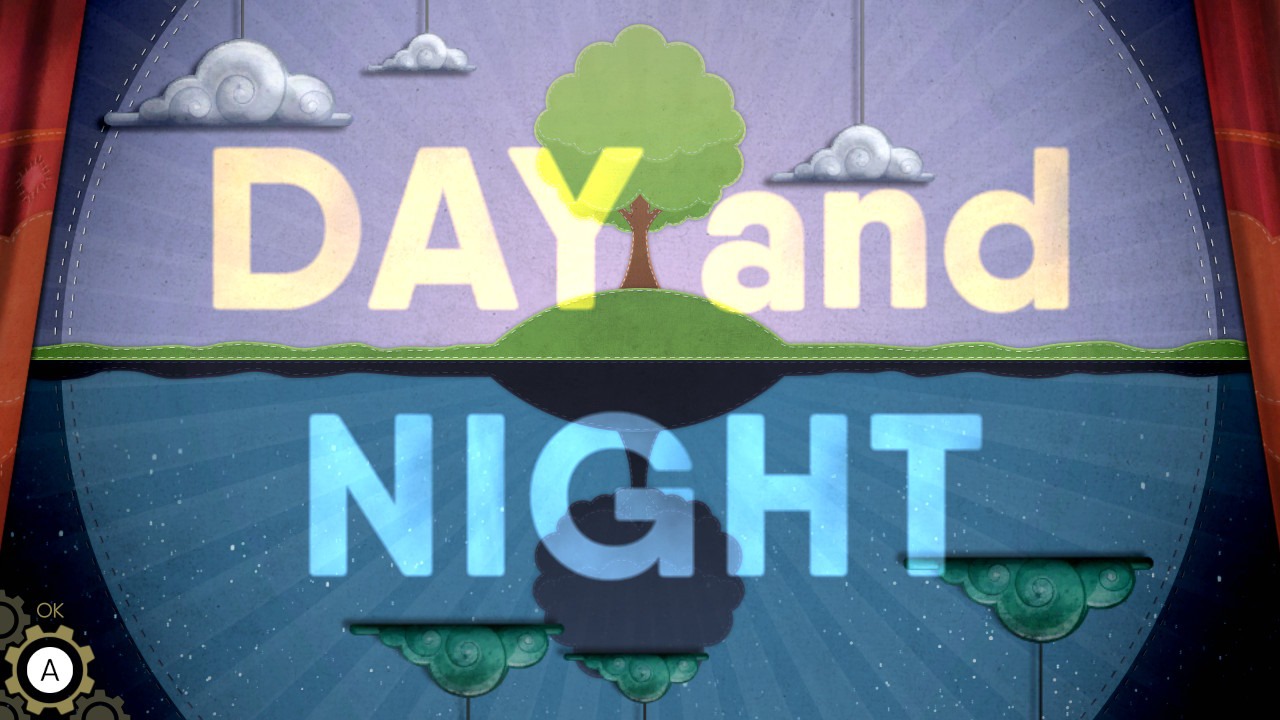 Day and Night is a puzzle game that reminded me of Pokémon Puzzle League mixed in with Tetris. With the added day and night mechanics of the game, this is a unique twist on a classic puzzle. 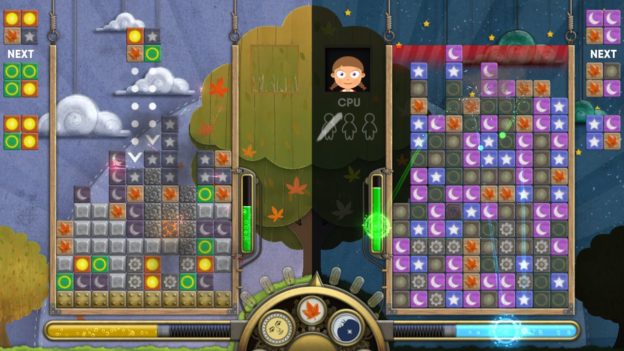 Before you can do anything, the game throws you into a mandatory tutorial, or “rehearsal,” as it’s called in the game. Day and Night is set as a stage play where a bunch of kids perform various plays, also known as the puzzles.

The tutorial character explains how to play. You need to match four of the same blocks together and they must be touching for you to clear them away. There are day blocks and night blocks and only the day ones can be cleared together and only the night ones can be cleared together. When it’s day, only the day blocks are turned on. So, if you have night blocks on the board, they become grayed out and they more or less get in the way. The yellow meter at the bottom of your board will change the time. You fill it up as you clear blocks and once the meter is filled, day will become night or night will become day.

Then you go head to head with the CPU in the tutorial. Once you defeat them three times, you can finally begin the game. 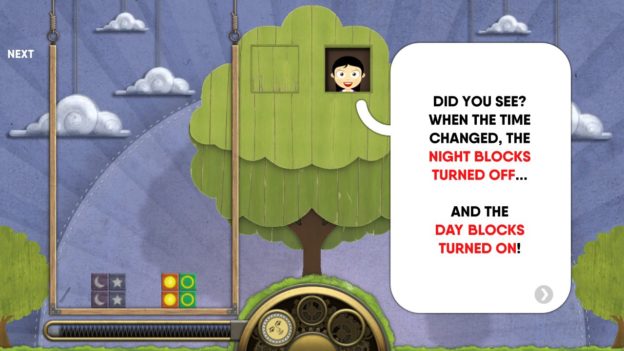 The puzzles are jam-packed with mechanics. Depending on the CPU difficulty (easy, medium, hard, or harder), there’s a lot going on with the puzzles. Aside from the day and night blocks, there are also seasonal blocks. For example, the spring block, when cleared, plants a seed on your opponent’s board which grows over time, pushing their blocks up toward the top. Once your blocks reach the top, you lose.

Despite everything the puzzles can do, the game can get a bit repetitive. Thankfully, there are a lot of modes to keep you occupied. Apart from rehearsal, which you can play at any time, there are four other modes. The simplest two are versus, which is one-on-one play with a friend or a CPU, and survival, which is an endless puzzle mode. Both modes are self-explanatory as you work on your puzzle skills through these modes. 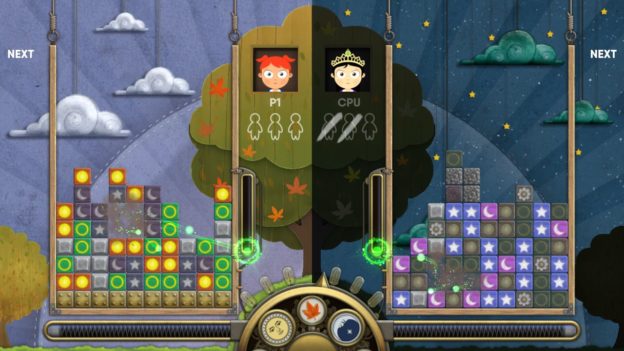 Another mode is the story. Here, you go head to head with three different CPU characters. Since Day and Night is set as a stage play, the story is set up into chapters with the kids telling cutesy stories that don’t have anything to do with the game and each of the three “acts” is a puzzle battle.

Lastly, there’s a dare mode which is harder than it seems. As I said, the puzzles in the various modes can be repetitive gameplay. There’s no real “main story,” so there’s not a whole lot of meat to Day and Night. The dare section of the game adds a little more to it. These are challenges to solve the puzzles differently. For example, play the game with your console upside down or beat the CPU within a time limit (the main puzzles in the other modes are not timed), or play with reversed controls. There are actually a lot of challenges and it keeps the game interesting. 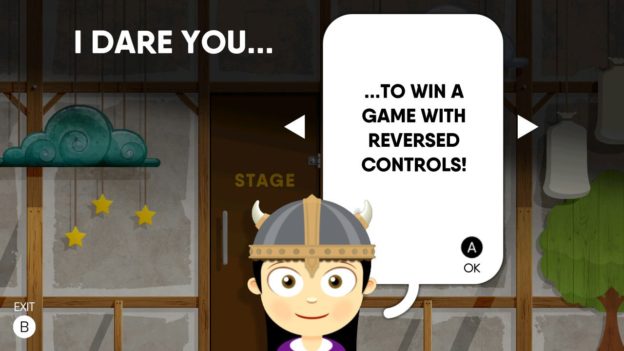 The graphics are cute. The backgrounds and people look like felt and cardboard to me. Mocking a stage play, it made sense. The colors were bright and both day and night looked appealing. The music and sound effects make the game, in my opinion. When a new puzzle begins, the curtain opens and squeaks as though the kids had made it themselves. When they tell a story, the audience claps, laughs, or cheers. It’s silly but it adds some depth to the game.

Day and Night is a unique twist on a classic puzzle game with charming graphics and sound effects. If you enjoy puzzles, this is worth checking out.