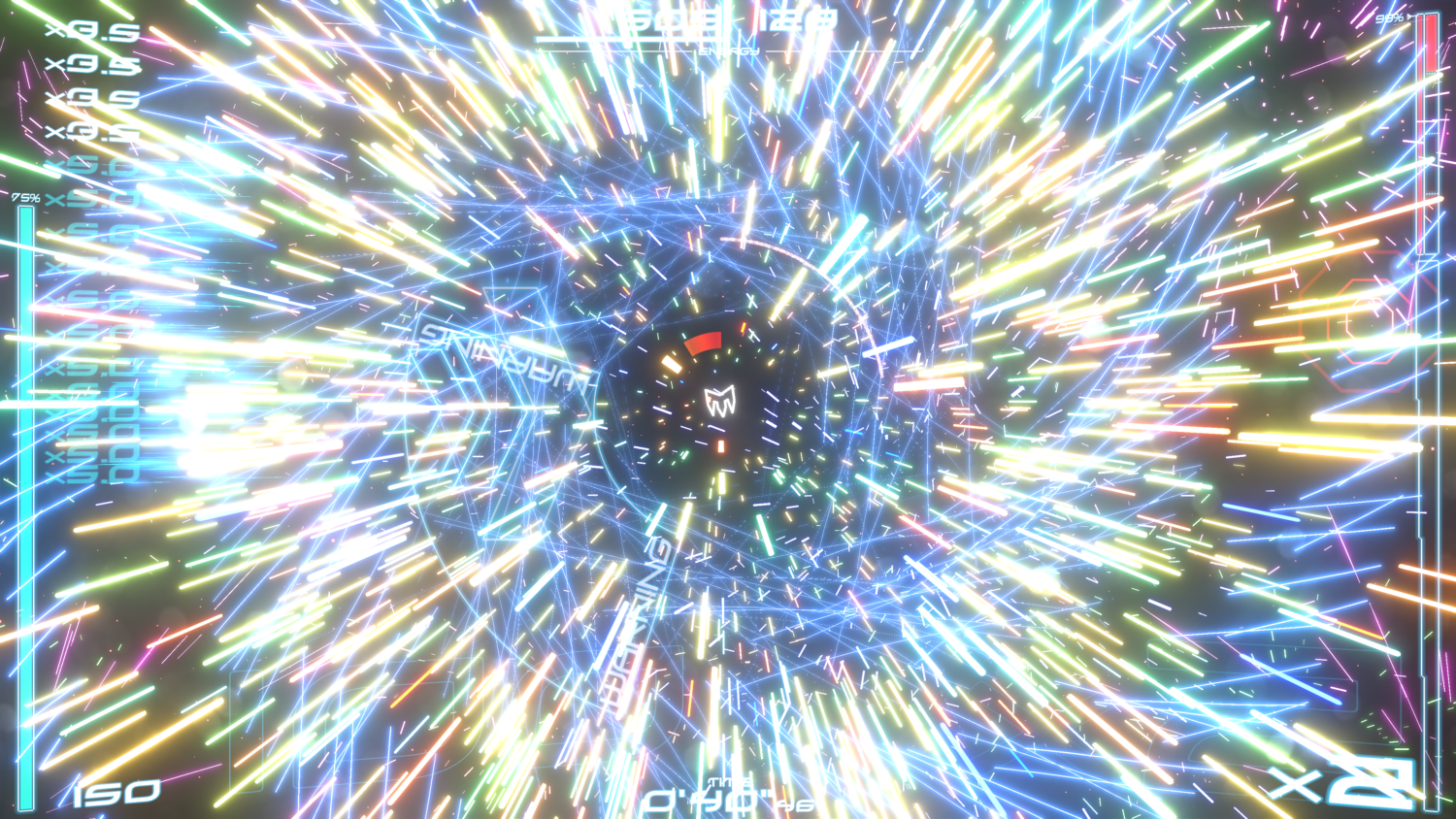 Arcade games used to start off easy. You could get through a level or two of Asteroids, for example—Pac Man, Missile Command—before the game quickly smacked you down then politely asked for another quarter. Debris Infinity is definitely a throwback to that time, but it’s not as forgiving at the start; it wants to kill you right away. Are you and your Nintendo Switch ready for that?

Everything about Debris Infinity screams ’80s arcade, from the simple controls to the vector style graphics to the robotic voice-over. Comparisons to the aforementioned Asteroids are inevitable, so let’s get those out of the way right now. You’re in a small ship in the middle of an asteroid field. You need to destroy them. Eventually, alien ships will join in on the attack. You need to destroy them, as well. 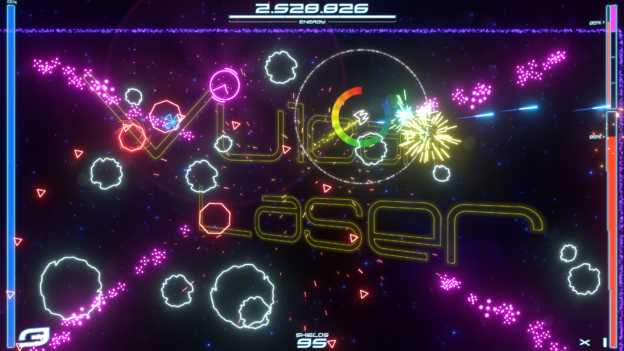 There are some important differences from Asteroids, too. It starts with the controls, as there’s no thrust button here; use your left stick to move, the right stick to fire. You also start off with shields which slowly deplete as you get hit. The hyperspace button to warp out of danger is gone, replaced by a bomb which destroys everything on screen (better) and the ability to temporarily slow everything down (also better). And unlike in Asteroids, you can’t fly off the top of the screen to reappear at the bottom. With Debris Infinity, you’re boxed in; reach the end, and you just have to turn around.

The biggest change, however, is the game’s speed. The asteroids immediately come hurtling at you very quickly, making it impossible to just sit still and fire. There’s also no respite from the attack, no levels to clear. You play until you’re dead, and the game’s designed to make the death come quickly no matter which of the three modes you play: Normal asks you to survive as long as you can, Time Attack ranks you by how much you destroy within a set time limit, and Power Wave extends your game only when you’ve destroyed a wave of enemies in a set amount of time. 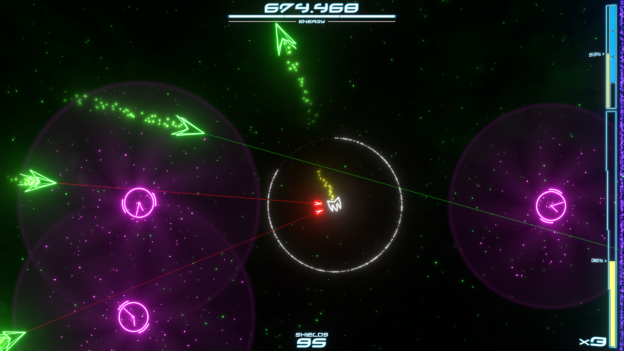 There are two ways you can get through this game with any degree of success. First, you can master the separation of the control stick and fire stick so you’re actually going where you want while firing somewhere else. I couldn’t do that, not at this speed. The second is to bring along a friend. One of the two co-op modes (the other being versus) tasks one player with flying the ship while the other fires. Although it’s hard to communicate directions for each, this method allows each player to focus on one job, thereby easing the process and adding an extra layer of fun.

The important thing about this is that it gives you a chance to appreciate the game’s graphics, which are not entirely unlike a quality fireworks display. The vector-like objects are intensely bright and colorful, and the animation is smooth. 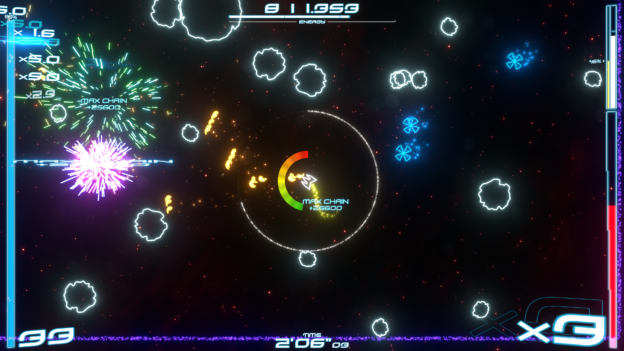 No matter how many objects were exploding at once, the game never slowed down. The different game modes seem to have different color palettes, each of which nicely fills your TV or Switch screen. I will point out, though, that it’s well nigh impossible to follow the action in portable mode.

Although Debris Infinity is very well designed, it does lack depth and longevity. Learning the enemy waves and mastering your approach towards them extends the fun, but to no real purpose other than leaderboard bragging rights. As such, after just a session or two I was always ready to move on to something else. That amounts to less than 10 minutes of game time, which is pretty short even in this age of mobile gaming. But at only $5.00, Debris Infinity will continue to scratch that arcade itch for as long as you’re willing to let it.