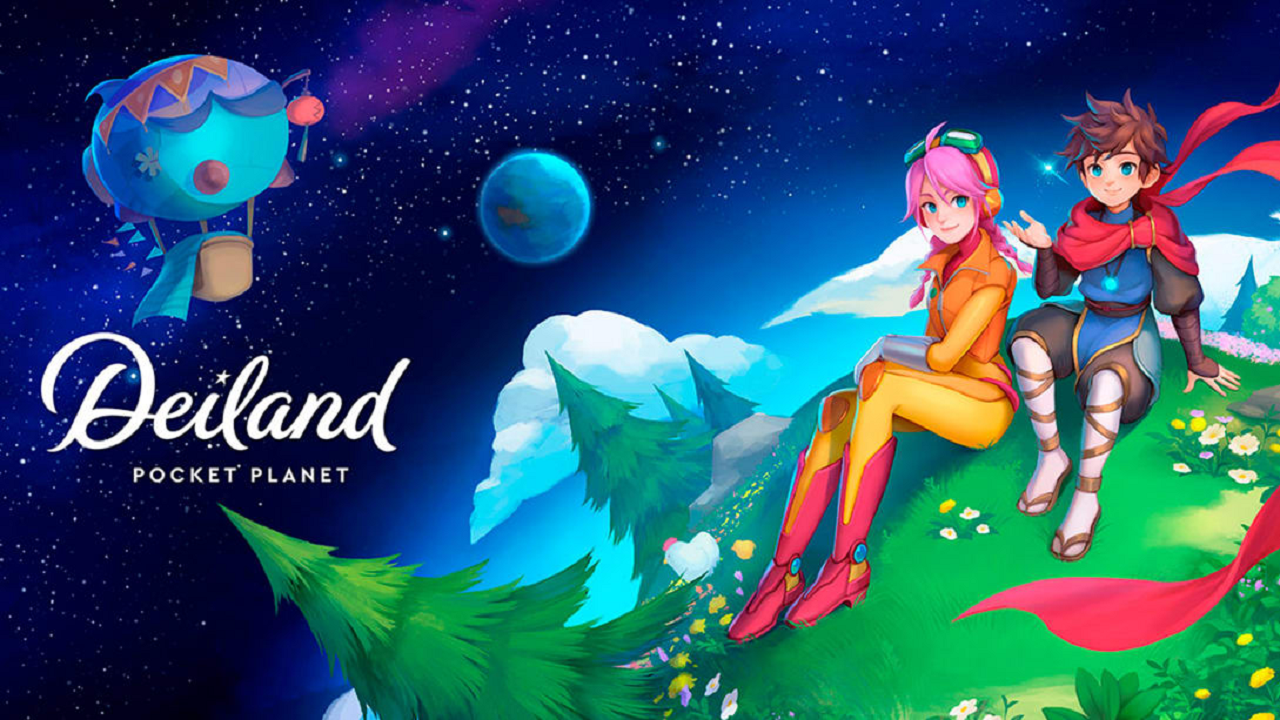 The word “relaxing” comes up many times in the description page for Deiland: Pocket Planet Edition. While that does describe most of the music very well, the gameplay can be more frustrating than relaxing. It will depend on the person, as chores in games like Harvest Moon, Story of Seasons, and Stardew Valley can be fun. But what if those games were only filled with chores? That is what this game feels like.

You play as a boy named Arco who finds himself on a pocket-sized planet called Deiland. He stays there eating berries until a pink-haired woman named Mun shows up. She apparently is an explorer of the Interstellar Patrol. Despite her futuristic appearance, she teaches us how to craft tools for farming food, wood, and stone. Arco shows her a crystal structure he found on the planet, which she scans and discovers to be an ancient Crystal Altar. Then monsters come out of it! Soon after, Mun leaves us to survive on the planet after teaching us how to make a fire. Beginning your adventure on Deiland.

The bulk of the game involves farming supplies or crops, fishing, crafting stuff, and upgrading tools. Once in a while, a visitor arrives to sell and trade goods with and get a chore from. They leave you to try to fulfill their task by the time they show up again, which is random from what I can tell. The more chores you do, the more you can learn about the character and unlock new things to craft. Despite having tasks to do, the bulk of the game involves waiting around for the change of seasons or for visitors to return and craft things for the current chore you are assigned. The busyness made it hard for me to truly relax while playing, despite how calming the music could be. As selfish as it sounds, I wish there were other things to do that didn’t have to do with the other characters.

One of the things I liked was the portrait art, but the 3d graphics are a bit bland. I also liked times when you have to tilt the planet to prevent meteorites from crashing into trees or other important things you place down. The character design is pretty good, and I looked forward to seeing lore being revealed through the conversations with them. The universe seems to be a mixture of sci-fi and fantasy, leaning more towards the fantasy side. It’s reflected most in the characters, including a catgirl, alien chef, and a pirate.

Deiland: Pocket Planet Edition is a game with a promising concept, yet it didn’t really do anything for me. I really wish I liked this game more since it is much like others of its genre that I enjoy. It’s priced at $19.99, which is a bit high to me, but if it goes on sale, I would say to give it a try at least to form your own opinion.

Deiland: Pocket Planet Edition is a game with a promising concept, yet it didn’t really do anything for me. I really wish I liked this game more since it is much like others of its genre that I enjoy.