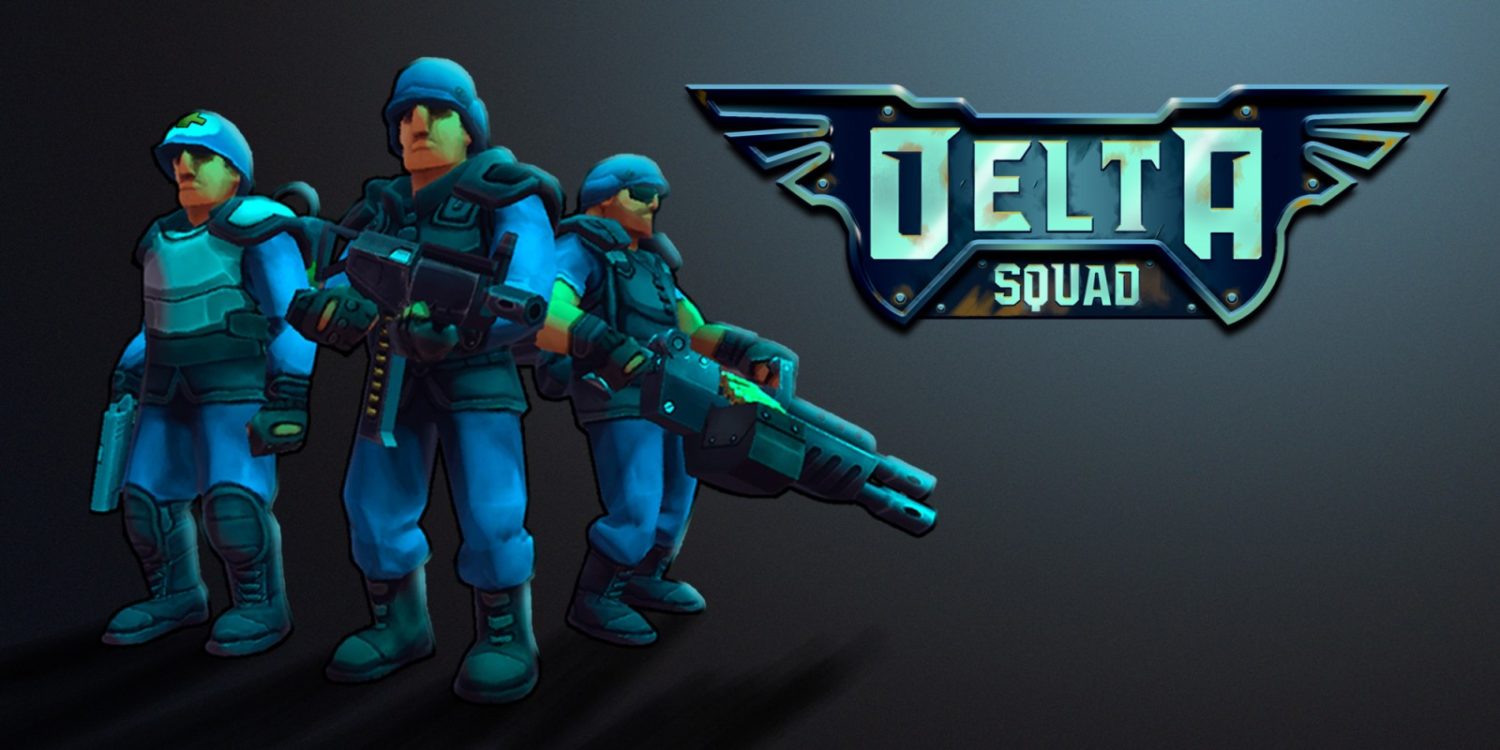 Delta Squad is buried in the search-engine indexes and with good reason. It’s a top-down action arcade game that can be played with up to four players; but be prepared to have a subpar experience.

You play as a Delta Squad; I suppose that’s some kind of special military unit, it is not really explained. Anyway, The Delta Squad is trying to stop General Rumanovsky, who is trying to gain global domination by creating a zombie outbreak. 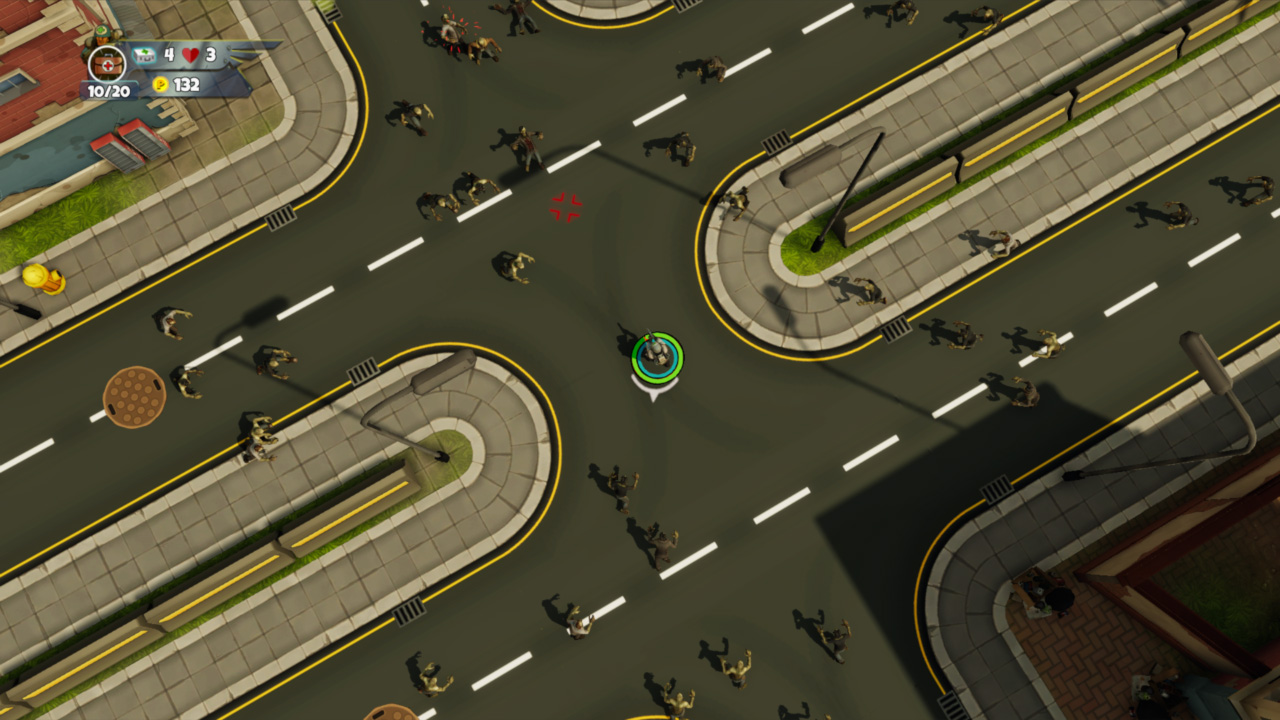 Considering it is a man-caused a zombie outbreak, you would assume scientists would be searching for some kind of cure; nope. The first mission you go into is an already-quarantined town where you must kill twenty-five zombies. Given the outbreak is caused by an enemy scientist, who is being protected by enemy forces, you would still think the goal would be to capture him to help find a cure. This is not the case.

There are five stages, which you can choose to play in any order you want. Each stage has multiple objectives. Unfortunately, they all start with the same one –  to kill twenty-five enemies. The objectives didn’t really get more interesting either. Some examples include locating and destroying communications or another kind of object, or defending this area for a given time – you get the picture. 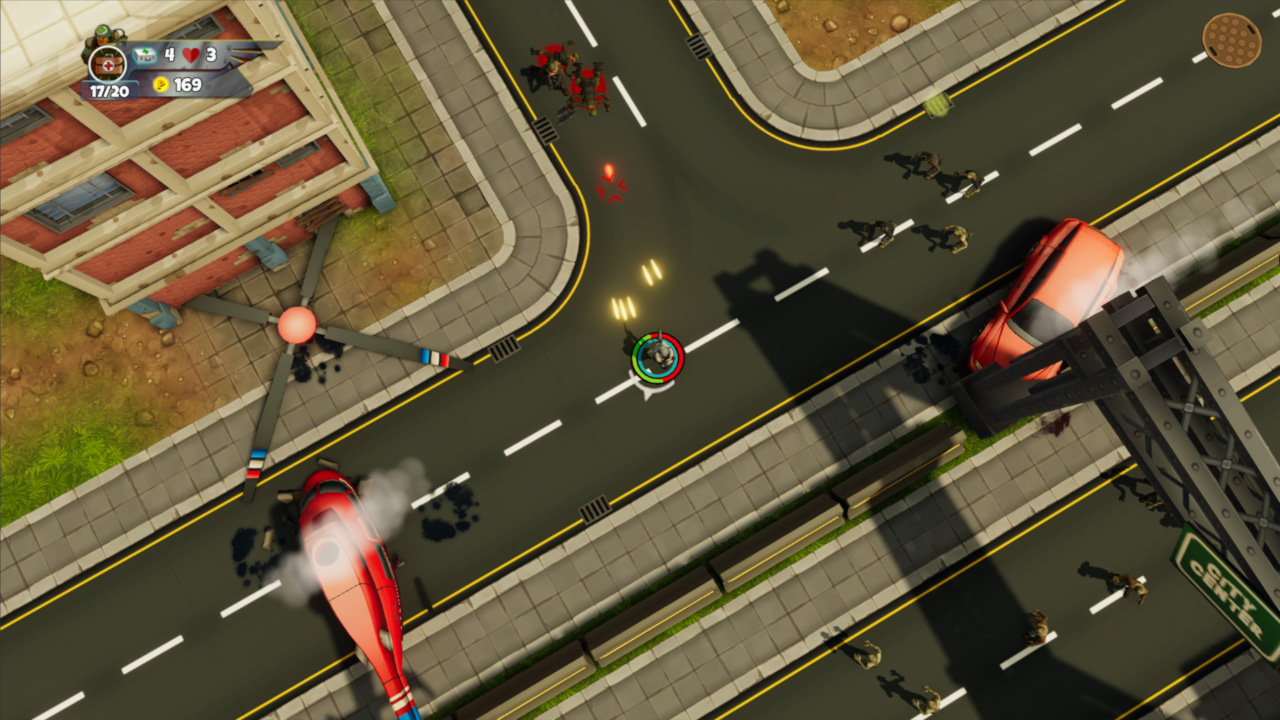 There are four types of soldiers to choose from: infantry, heavy, engineer and medic. Each comes with its own set of stats for speed, defense, and power. They have a main weapon that has unlimited bullets but does need to stop to reload. They also have a sub-weapon with a limited number of uses. Infantry’s sub-weapon, for instance, is a grenade. It’s very easy to waste them as it’s hard to tell how far you actually throw it. Which, in most cases, didn’t really matter as machine-gun turrets are placed close together and, to make things worse, are hard to destroy. If you are lucky enough to survive the turrets you’re usually met with a tank. Defeating stages essentially boils down to memorizing paths and where enemies are going to be, so you don’t waste your more powerful weapons. 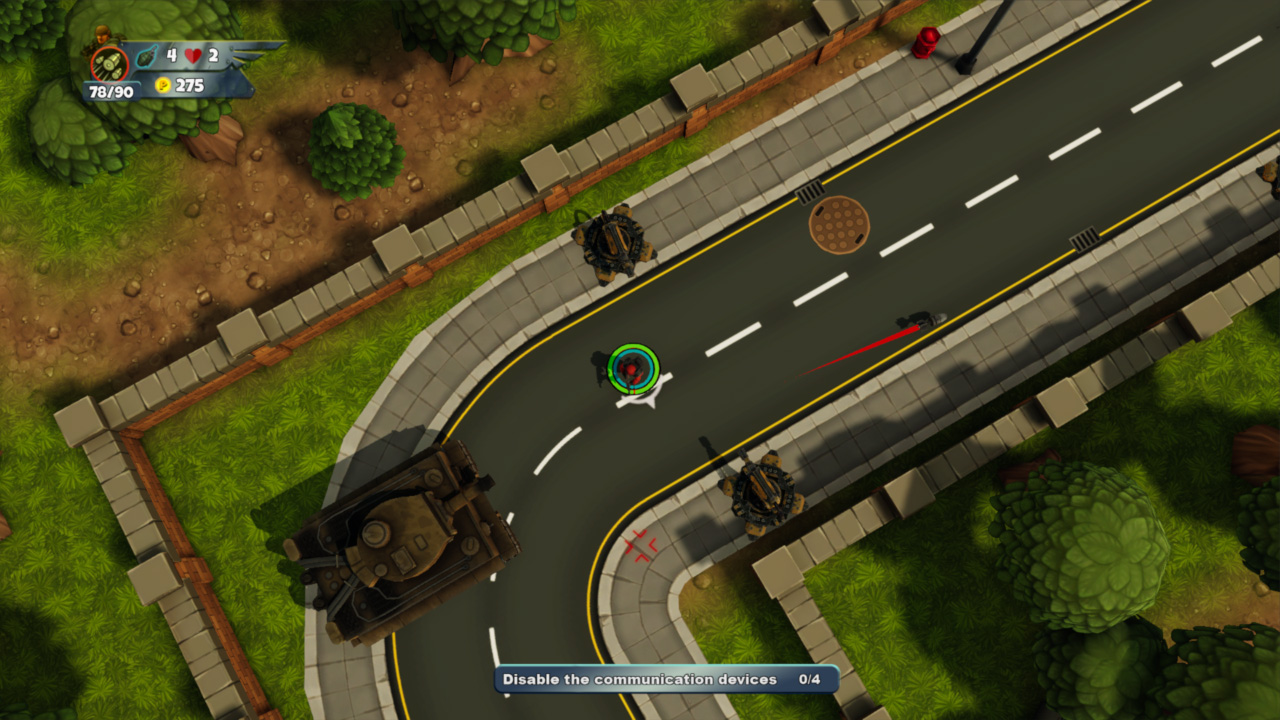 The similarity between objectives feels lazy, especially when they’re all pretty much the same from stage to stage. The stages look very similar; often while playing it felt like I was in the same stage that I had just completed. I also find it amazing the zombies walk alongside the enemy soldiers without attacking them, it just felt like this wasn’t thought through.

One of the biggest errors I found was at one point I had to disable enemy communication. The instructions on the screen read “interact press A.” When I did this, it did not work. After repositioning myself several times, thinking I wasn’t at the exact place I needed to be, it still did not work. I began to press other buttons; it turns out I had to press B. This kind of flaw reeks of a rushed port to the Nintendo Switch.

Delta Squad not only suffers from lack of originality but also overall lackluster gameplay. The repetition in objectives and stage design made me feel like a zombie myself. Players are better off sinking their $5.99 elsewhere.

Delta Squad not only suffers from lack of originality but also overall lackluster gameplay. The repetition in objectives and stage design made me feel like a zombie myself.