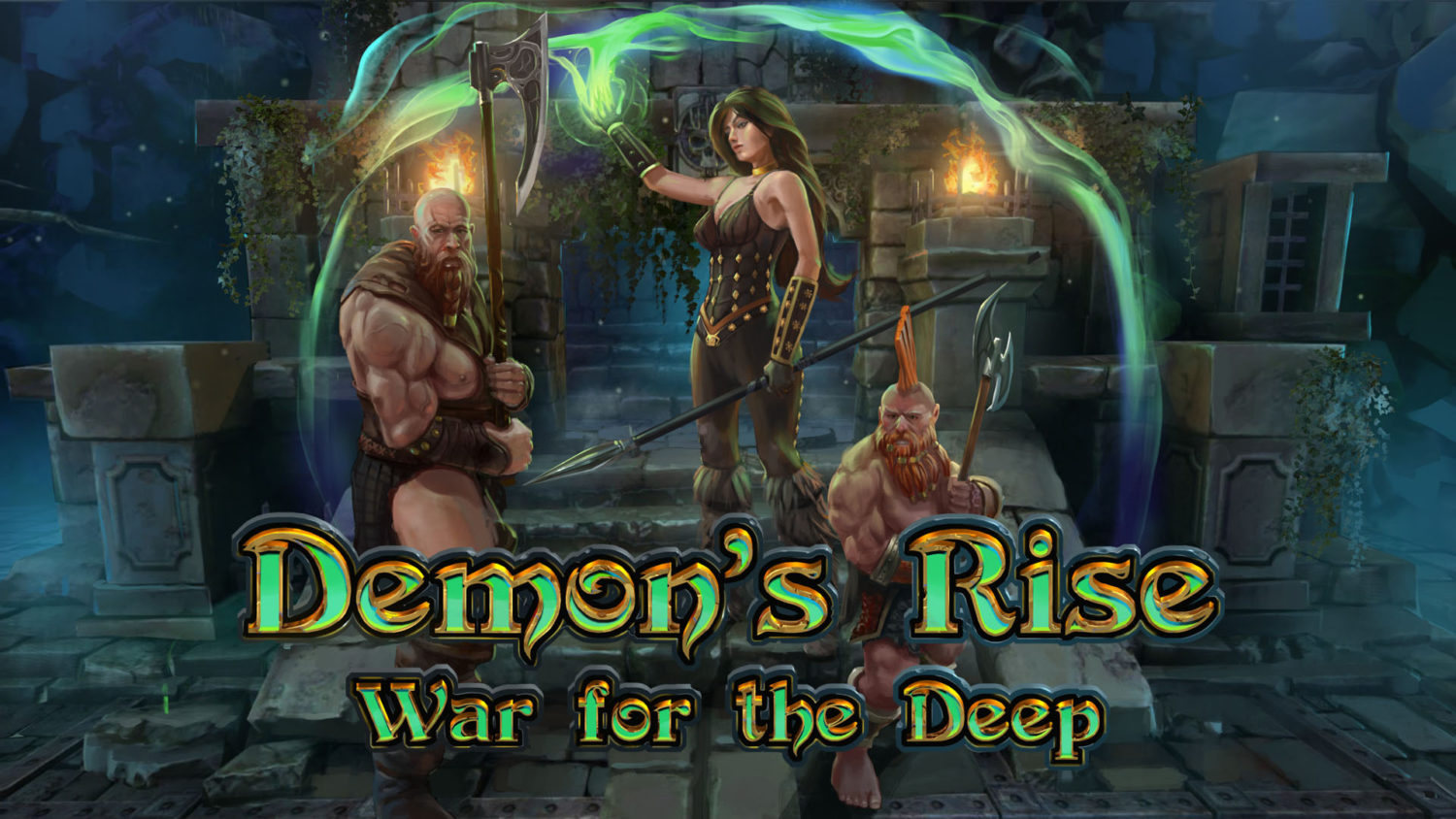 Shall we explore the bowels of Angor?

On your way down the dungeon dive, make sure you don’t get run over by any demons on the rise. Demon’s Rise – War for the Deep is a turn-based dungeon crawl RPG with lots of character and equipment options. Let’s take a look around the game world, shall we?

When you start a new game, you get the option of creating your own “warband” or selecting one of four preset teams. Once you have your team ready, you can get started with your quest, patrol the ruins, buy some supplies, visit the tavern, manage your stuff, or go through the tutorials. 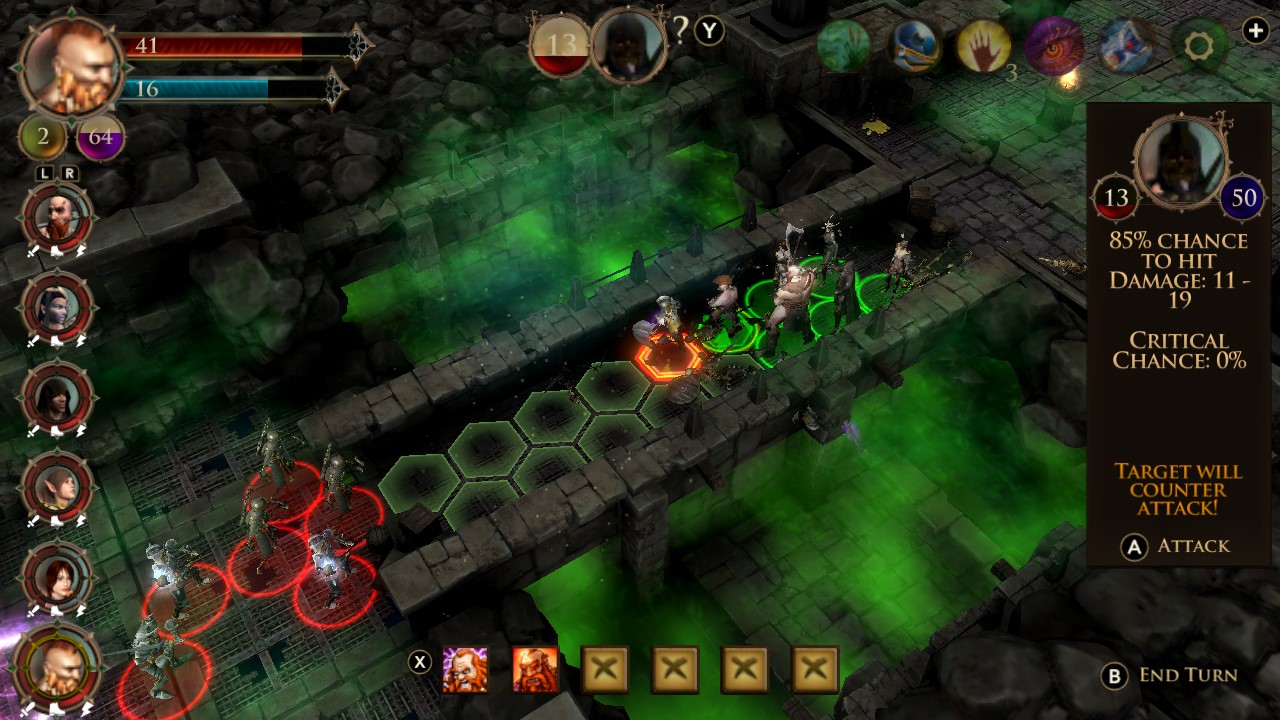 There is an oddity to watch here; tutorials are called How To Play and the option is not part of the menu in the middle of the screen. The good news is all you have to do is hit the X button to get to the How To section. The tutorials are only moderately helpful.

Generally speaking, the graphics and overall art are good. There are some slight irregularities with the way the avatar’s clothes move and other little things like that, but they don’t really detract from the game. Mostly, the game looks pretty good and manages to keep things readily visible, even though most of the ambient lighting is on the dark side (it is a dungeon crawl, after all). Demon’s Rise – War for the Deep uses a hex-based movement and facing grid, and it does a very good job showing you movement options for a selected player. The visual effects (arrows flying, fire bolts zipping through the air, etc.) are rendered well and look like what players have come to expect. 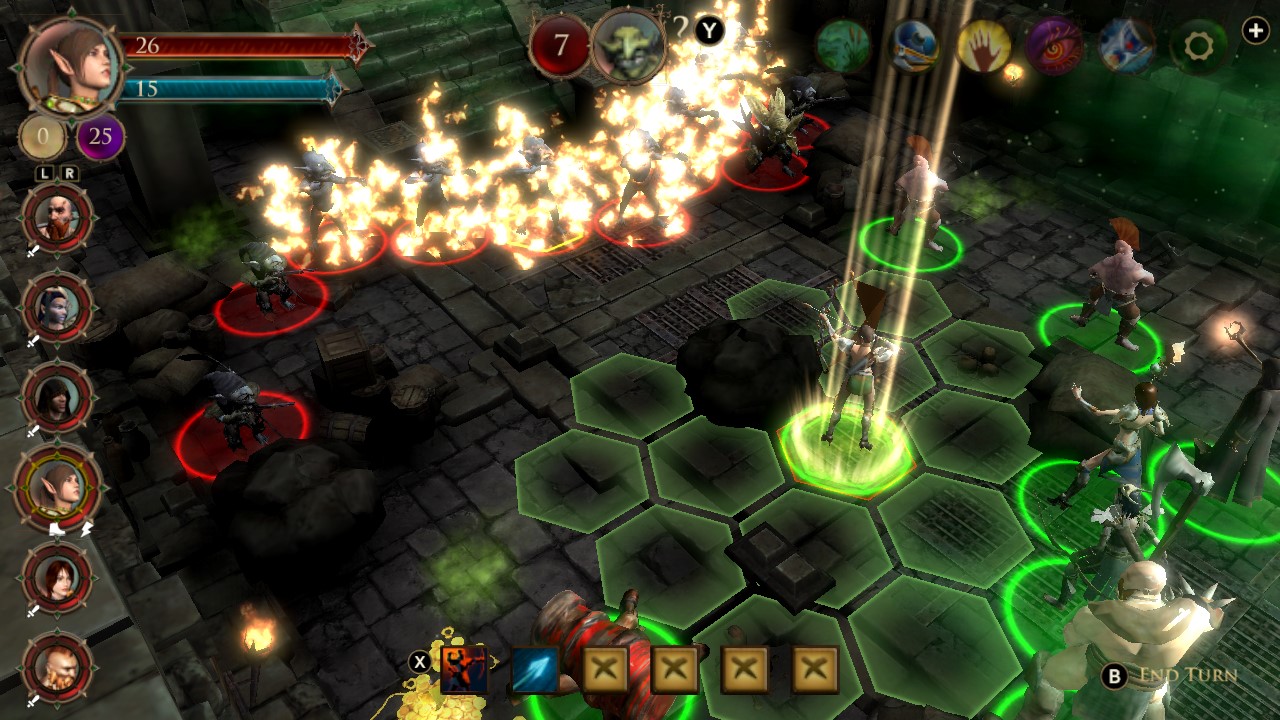 As for the variety of artifacts in the game, you get a pretty wide selection. There is gold to be found as you explore new areas (and take from defeated opponents), as well as objects of interest. You can collect scrolls, armor, weapons, and so on. As expected, you can use these objects or sell them in the store in town. The store also has a selection of items—rings, scrolls, potions, weapons, arrows, armor (you get the idea)—which you can buy to buff stats, offer protection, or heal wounds. There’s an overall plethora of other things to interest the discerning customer with some gold to spend. 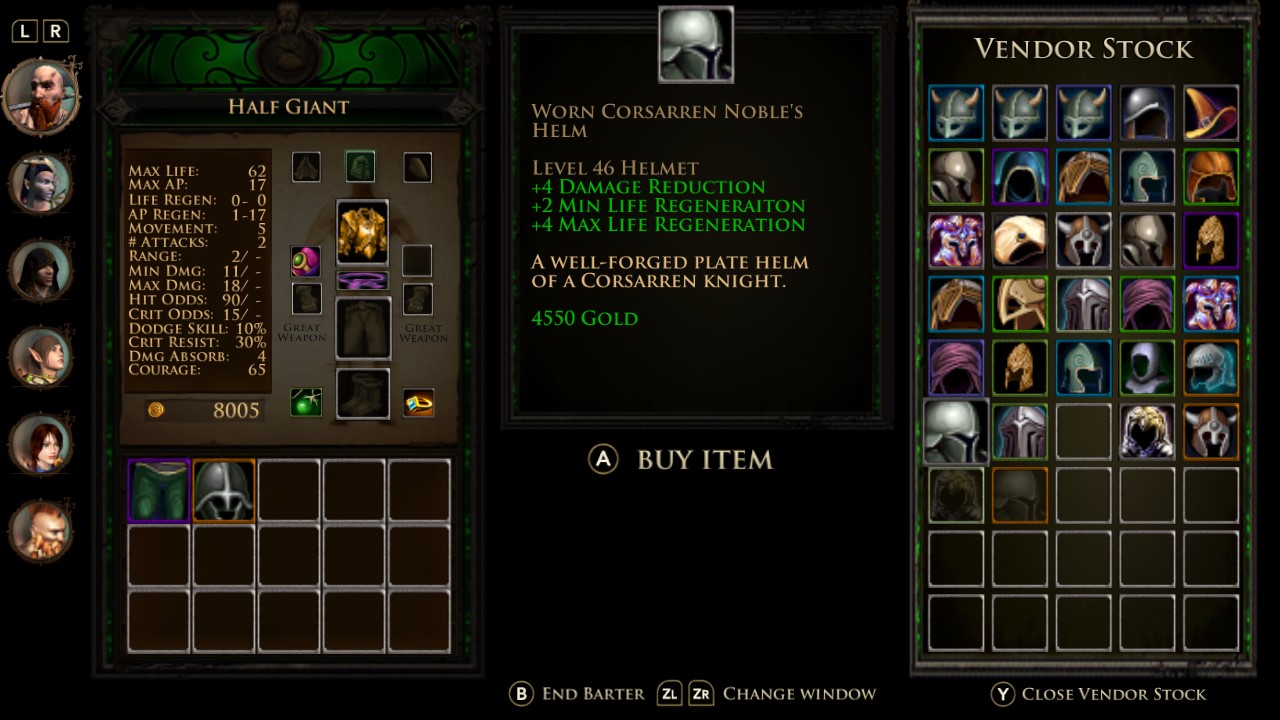 Unfortunately, not everything is as good as I hoped it would be. It begins with something somewhat inconsequential; the narrative text is in all caps. This makes it more difficult to read, especially since the text is pretty small, even on the TV. In handheld mode it’s squint inducing.

Audio is another area where the game falls flat; the sound level defaults are not well balanced, and adjusting the settings only helps a bit. Unfortunately, there is more audio sadness; the dialogue is cheesy, even for inexpensive game standards. I found myself getting annoyed fairly quickly with a couple of the characters in the party just based on what they said and how they said it. Not only is the dialogue canned and cheesy (and not a cracker in sight), but the voice acting is not appealing. The sound effects are likewise often grating, and in some cases the sound effects do not align with the action. Lastly, the background music is disappointing. There are a few different themes and some variety in the instrumentation (even if it’s all synthetic) but the music is only clichéd at best, and the loops are short enough to get annoying quickly.  In some places, it was almost as bad as a skip on a vinyl record. 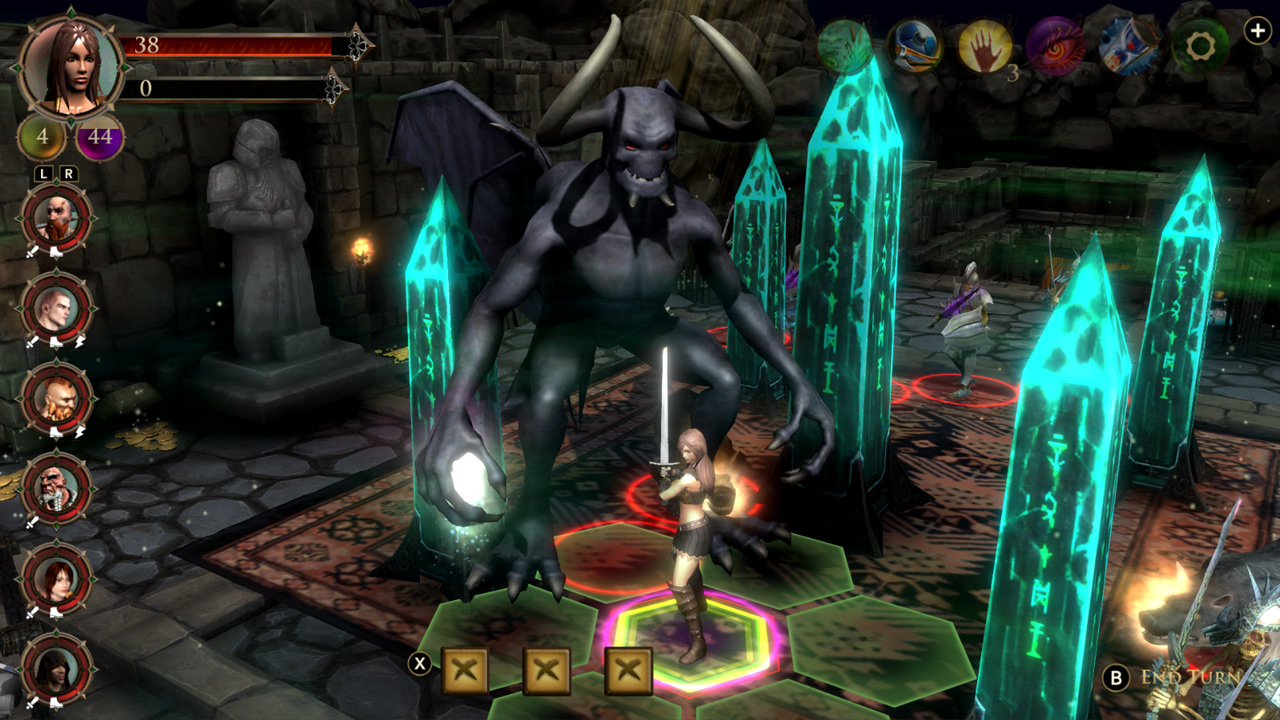 The last area of disappointment involves the visual presentation. You can use the JoyCon and the A button to select a character to move, or you can scroll through the characters using the L button. If you use the L button, the screen will center on that character. If you use the JoyCon, the camera view does not change. This means you can select someone, move him forward and not be able to see more than one hex ahead of you. Even when you use L to select someone, the camera behaves the same; the camera is static and doesn’t follow you so you can’t see more of the area you are in until the next character is selected or the round ends. I had too many rounds start with a party of six characters crammed in the back of a hallway and, even if you rotate the camera 180 degrees, I couldn’t really see all of the members of my team. This limitation of the camera motion and area visibility is aggravating, and it significantly diminishes the gameplay experience.

All that said, the game sells for only $6.99. If you think you can put up with the “quirky” nature of this title, its 85 levels and 50+ run-time are more than enough to justify the cost.

When I started playing Demon’s Rise – War for the Deep, I really wanted to like the game. Unfortunately, there are too many little bad things stacked up to really get into this one.