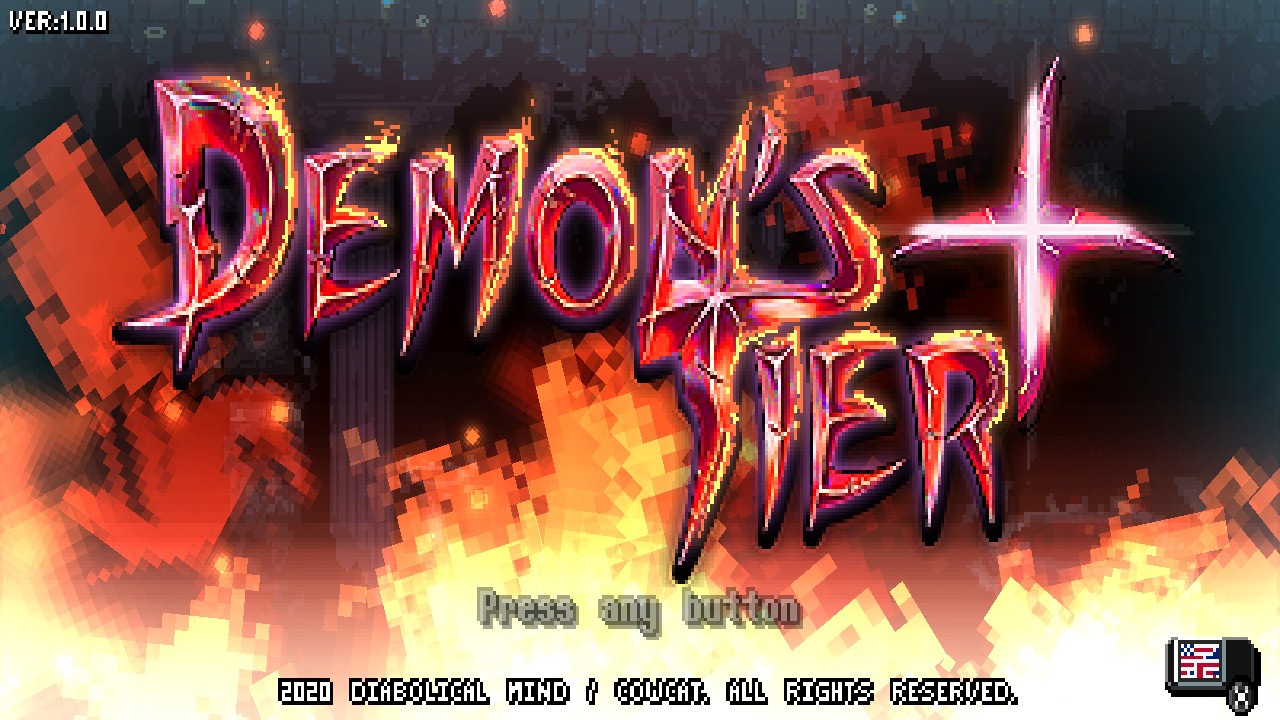 Demon’s Tier+ is a roguelike dungeon-RPG adventure game from COWCAT. With twin-stick shooting mechanics, eight characters to choose from, local two-player co-op, and randomly generated dungeons, this game has a lot to offer. 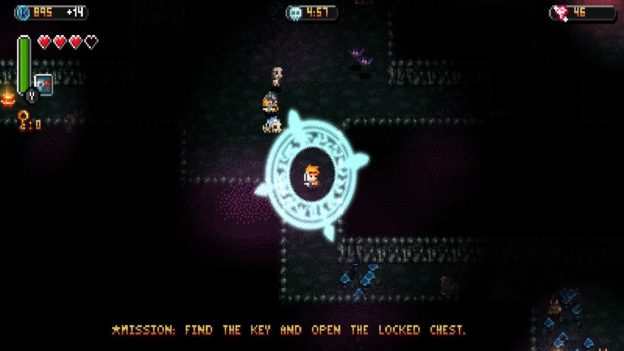 King Thosgar has unleashed demonic beings, and it’s up to you and your companions to save the world. I’ll admit, the story doesn’t do much for me. The game would have been fine without story elements, and the character banter in between parts of the dungeon.

There are eight characters to choose from, but you start with the Knight, who quickly became my favorite because I had to spend so much time as him. The other characters—a cleric, archer, and mage, just to name a couple—need to be unlocked. By unlocked, I mean you need to buy them using D-tokens, the in-game currency. They cost between 5,000 and 100,000 D-tokens. 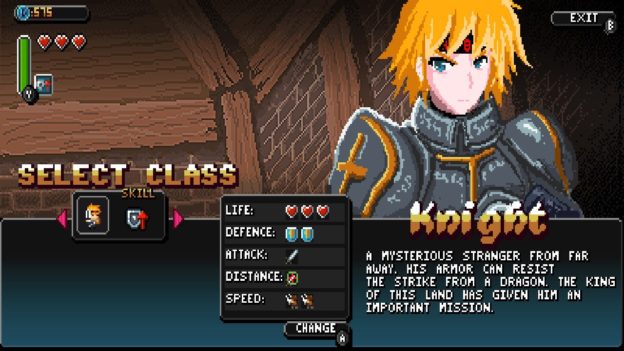 It took me a while to earn enough to unlock characters. Even then, I only unlocked the mage at 5,000 D-tokens because I also wanted to buy health potions (3,000 D-tokens) and other items. By the time I got the mage, I decided to stick with the knight because that’s who I was used to.

There are 15 randomly generated floors within the dungeon. Each floor has a door allowing you to move on, but you need to complete that floor’s mission before the door opens. These missions can be defeating all the enemies on the floor, destroying all the exploding barrels, or opening all the treasure chests. 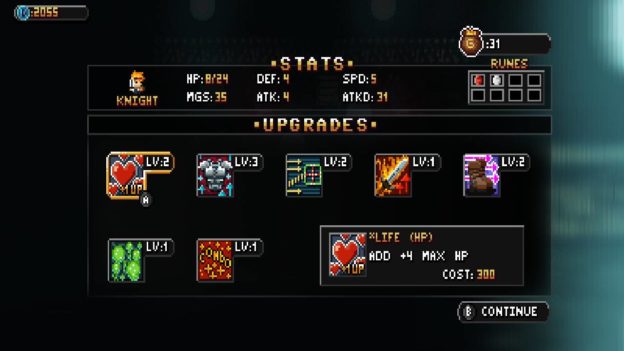 It sounds easy enough, but there’s a lot going on during each floor. First, they’re pretty dark. It’s hard to see, and while I don’t mind that extra challenge, I wished I could see just a bit further. Sometimes enemies saw me before I saw them, which meant life or death depending on how much health I had left.

Each floor is also timed. You have five minutes to complete the mission before the Reaper appears. He’s immortal, and you can’t fight him. Plus, he’s huge, so he’s hard to dodge. And especially in the beginning when your speed is low, he’s fast. If you can make it to the next floor, great. If not, use an escape rope to make it back to the village. 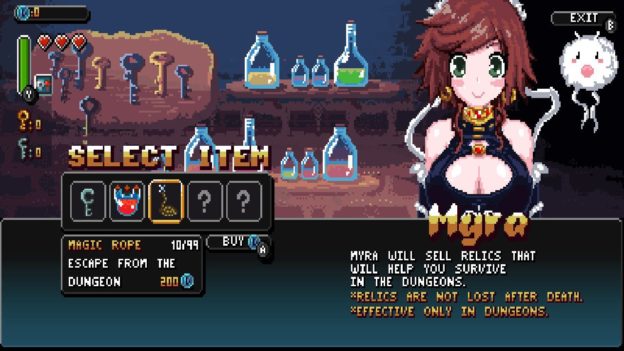 The game starts you off with ten escapes ropes, but you have to buy more after that using the D-tokens. When you escape, you keep your D-tokens but lose everything else. This means you lose your gold and your stats.

Defeating enemies and opening chests give you gold. In between floors, you can spend gold to upgrade your stats such as defense, attack, speed, health, and more. Apparently, these stat upgrades are useless unless you’re able to play the entire game in one run. Considering you need to escape to spend D-tokens on items and other upgrades, I give a lot of credit to anyone who has defeated the game in one run. 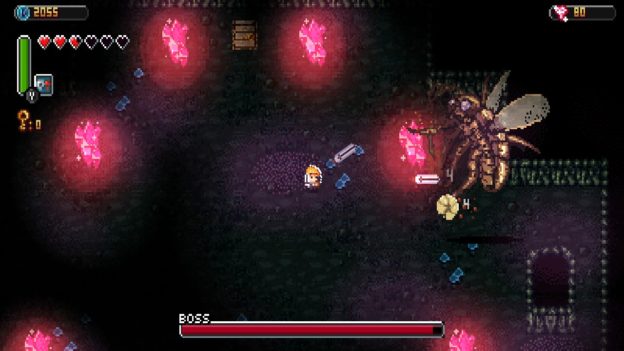 With that said, if you die in the dungeon, you lose absolutely everything. Your stats, your gold, and even your D-tokens. Then you need to start at the very beginning of the dungeon. You can find your tomb again and destroy it, allowing you to gain your money back, but if you die deep in the dungeon, it’s sometimes not worth it.

The two-player mode is fun, but it doesn’t necessarily make the game easier. My sister tried the game with me, and going through the floors was easier with an extra hand. However, we needed to split the gold we earned to upgrade our stats, which meant we both had fewer upgrades in between floors. 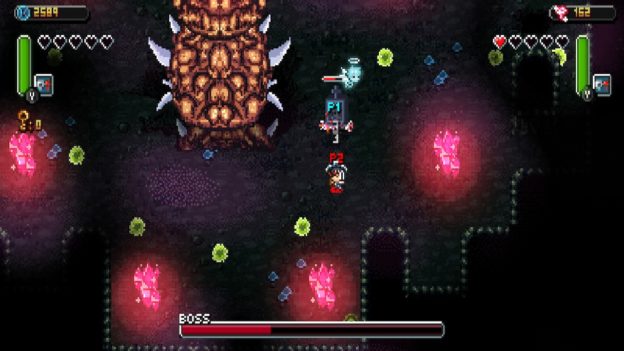 In addition to that, the bosses were different and were harder than the bosses when playing in single-player mode. The good news is that when one of you dies, the other can destroy the tomb and bring you back to life as many times as you guys die.

So, the two-player mode was more fun than playing alone, but it didn’t necessarily change the difficulty level.

You’re going to put a lot of hours into Demon’s Tier+. The death mechanic is unforgiving, so rage-quitting is definitely a thing. I had to stop for a while at times and go back to it later. Yet, the game itself is fun. It was a difficult challenge, though I don’t know if I can see myself going back to the game. I feel as though the unforgiving death mechanics and how expensive items and other characters were, for 15 floors were unbalanced.

Demon’s Tier+ is a charming dungeon-RPG with unforgiving mechanics. With perseverance and a friend, getting through the dungeon is possible.