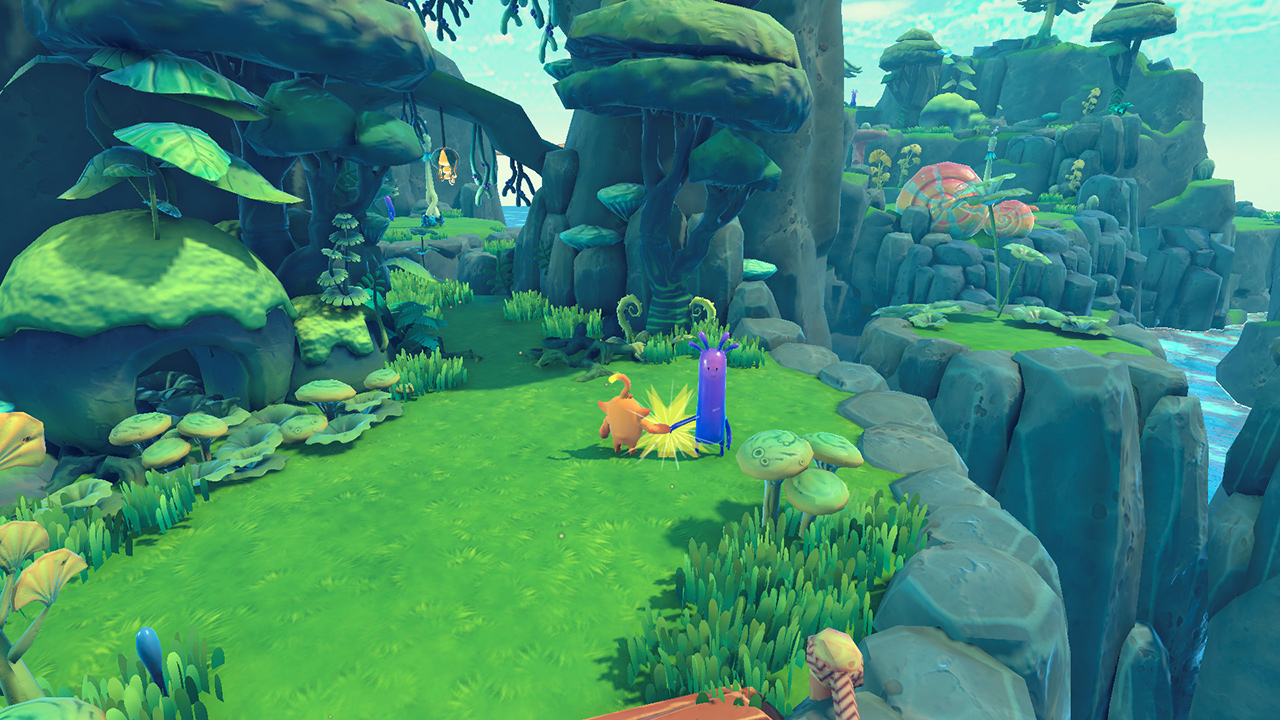 By Kirstie Summers  •  9 months ago

With the concept of friendship baked into its core mechanics, Derpy Conga is an adorable game, no matter what angle you look at it.

The game takes place over a series of alien planets populated by cute creatures stranded on islands. For each level, you have to explore the island on which you have crash landed. You collect scattered friends, creating an increasing conga line, and lead them to safety.

The premise is adorable and lends itself to some interesting game mechanics. As the string of friends grows, it gets harder and harder to control. The difficulty is evidently part of the fun. The conga line gets increasingly chaotic and, just as you get the hang of it, further challenges are introduced. There are obstacles to be moved, chasms to leap over, lamps to light and various other classic puzzle game hurdles that take on a new strategic layer in Derpy Conga. 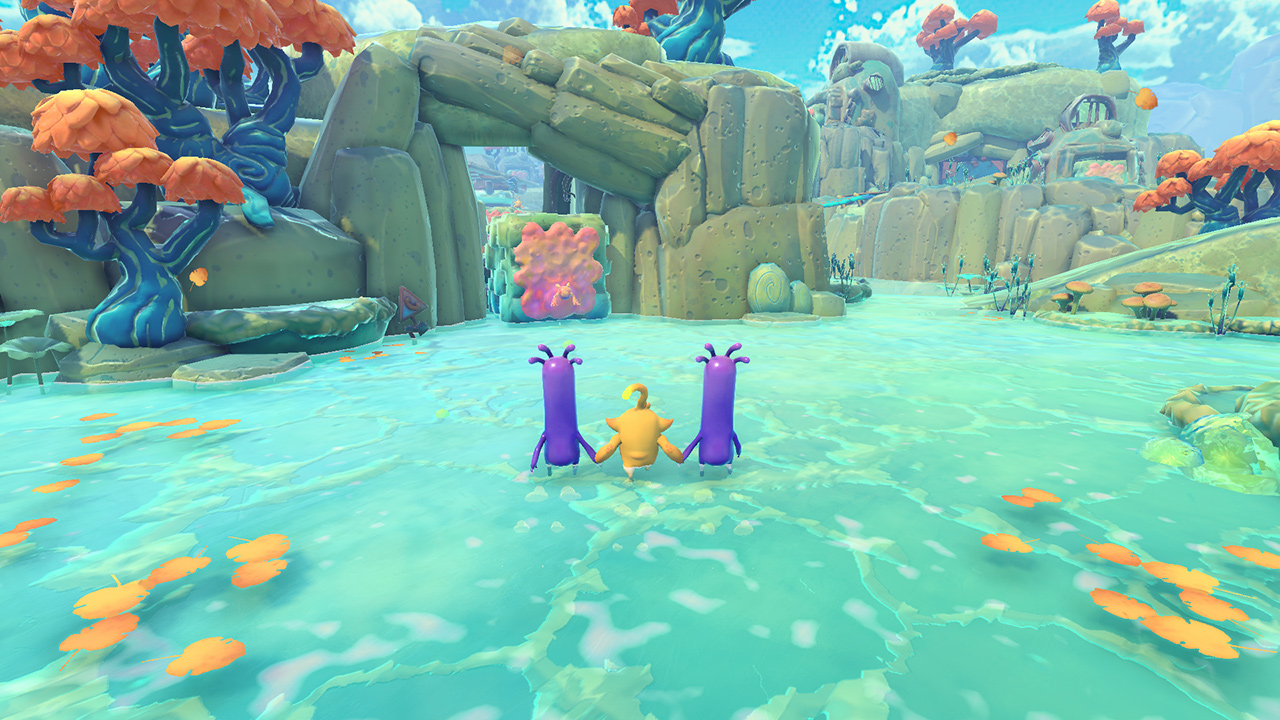 The slightly frustrating elements feel like they have been integrated purposefully, but they could use work. You need some skills that cross the line into being almost too annoying.

There are some minor changes that could be made that would make it a lot easier to immerse yourself in. At one point, I had to restart a level because I pushed something I needed into a corner I couldn’t get it out of. The yellow glow on the head of the alien you control blends into the orange of its fur, so you can lose track of where your conga line’s centre of gravity is.

In co-op mode, this is harder still, with your second character having a red tip that blends in even more. Co-op mode is great fun, and you can tell that a decent amount of thought has gone into developing it. The way the split screen merges into one when your two characters (or their separate conga lines) connect is fluid. But there are a handful of bumps in key aspects – such as during the cutscenes – that could’ve made the experience more frictionless. 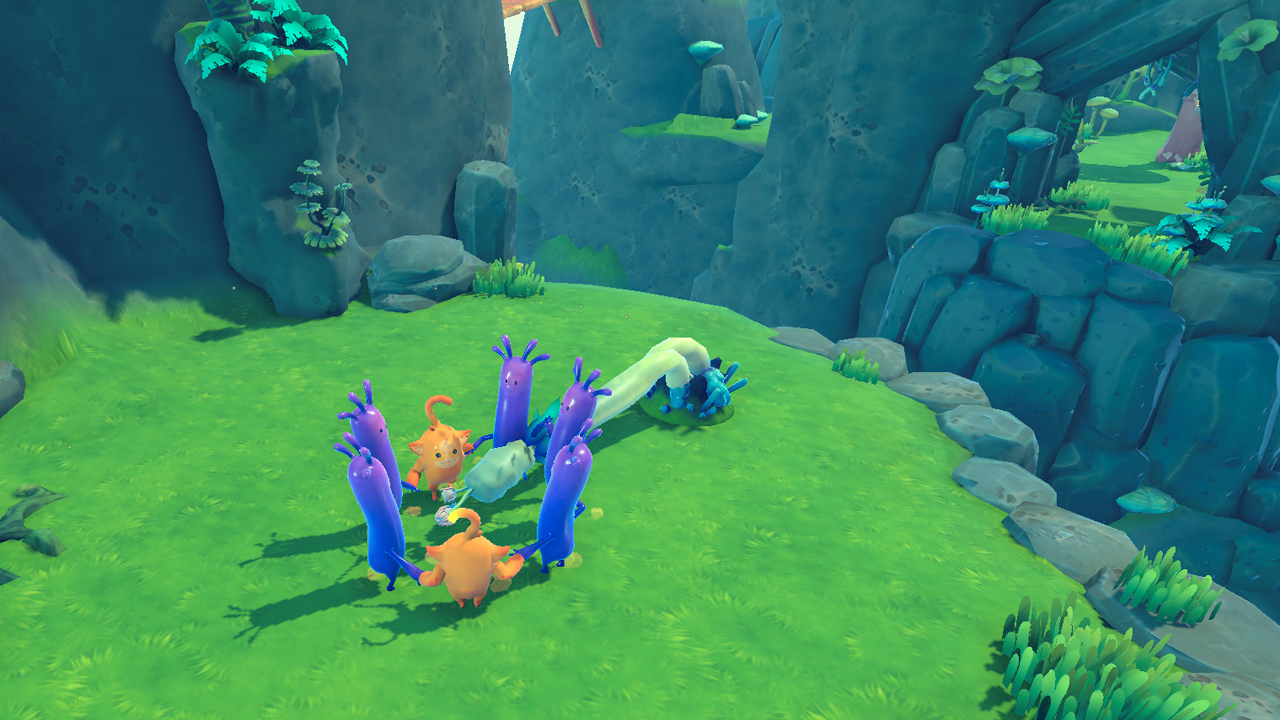 These are far from game-breaking issues, but they pile up to become more irritating than they need to be. Anyone who is easily put off a game by clunky controls will find problems with this game.

However, I personally can’t find it in myself to dislike it. It is an adorable game, both visually and in terms of concept. The alien designs are incredibly cute. The game world is well designed, with classic fantasy elements incorporated into the map. I like that holding hands is a game mechanic that the studio has managed to do so much with.

I even like a lot of the aspects of Derpy Conga that I find most frustrating, possibly because I love the potential in them. The slingshot function, for instance, really tickled me and I felt very proud when I finally nailed it. But a clearer indication that my long line of friends had created the circle they needed to would’ve felt like a vast improvement to the process. 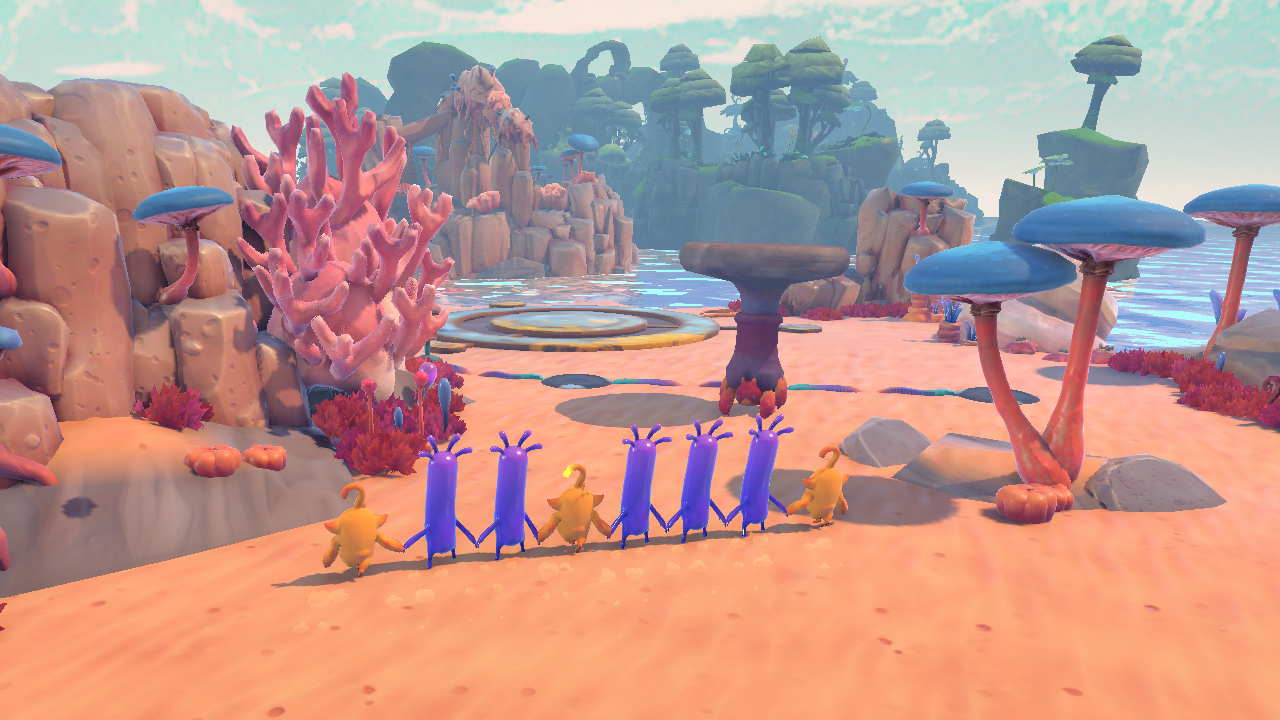 Generally, I think some polish would do this game a lot of good; that a well-executed patch could iron over all the creases. Derpy Conga is far from perfect, but I’ve enjoyed it enough that I’m definitely interested in seeing what’s coming next from the studio.

Derpy Conga is a game that is so adorable in every way that it is difficult to dislike, but needs some polish before it can reach its full potential.