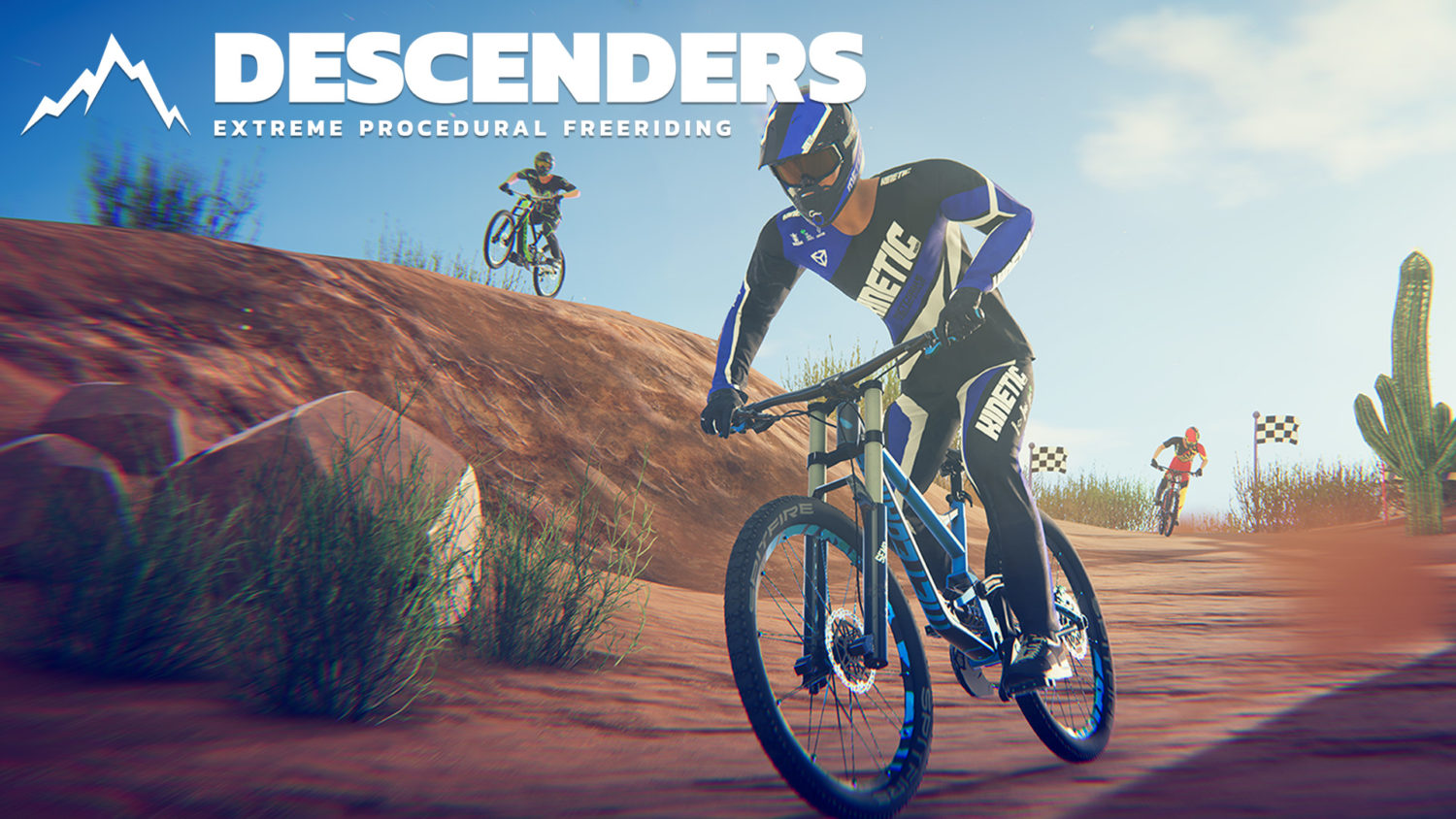 Growing up, all three of my brothers were really into BMX. So I played a lot of Dave Mirra and Matt Hoffman’s Pro BMX on the PS1. While I’ve never been a fan of normal sports, extreme sports is a whole other ball game (haha). Needless to say, that’s why Descenders caught my eye. However, I should have done more research because it wasn’t exactly what I was expecting.

See, Descenders is an extreme sports game, but it’s not BMX. It’s something called Extreme Downhill Mountain Biking. I was a little disappointed at first, not being able to “shred” was a bit of a letdown. But I gotta tell ya, extreme downhill mountain biking is no joke. Descenders is a true challenge to those who want to test their steering, balance, and timing skills. Descenders is equipped with an in-depth physics system so you can almost feel the bike skidding out or the inevitable bail and crash. It was kind of satisfying whipping around a corner at a high speed and then being able to successfully get yourself back in control and ready for a big jump. 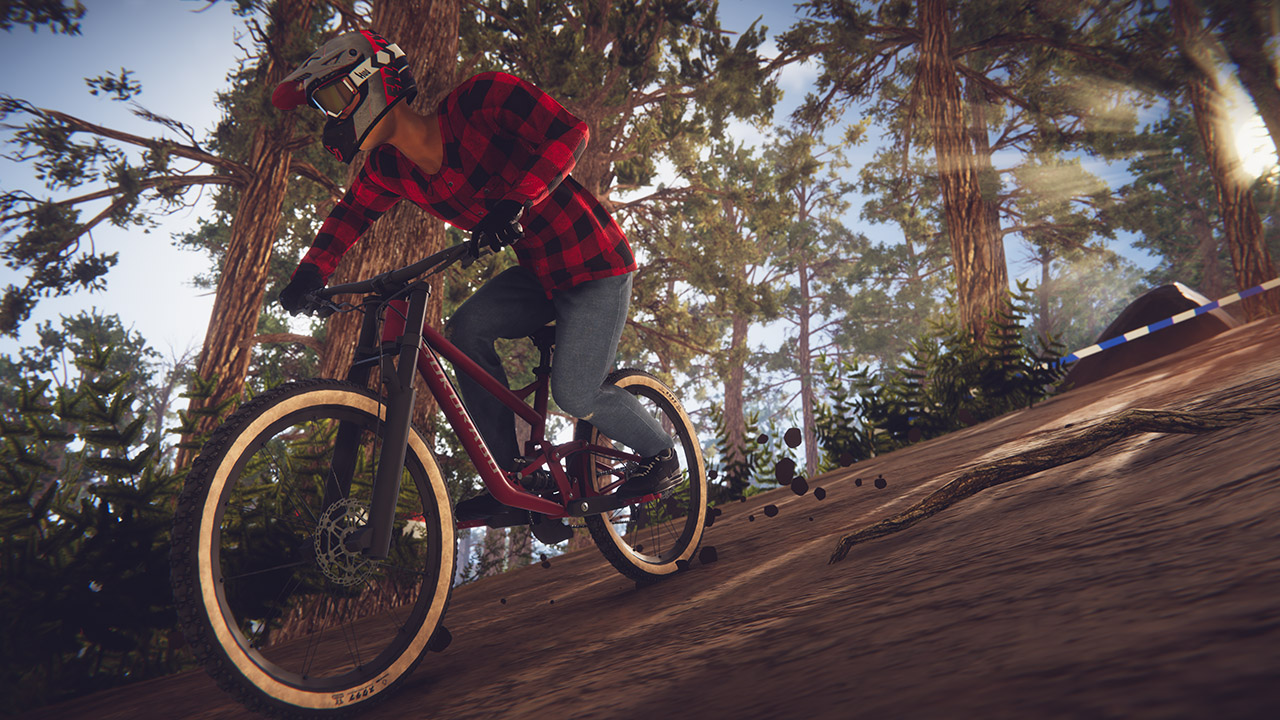 Another really cool thing about Descenders is that the levels are randomly generated so you will never play the same one twice. Levels will vary on three different attributes; steepness, curves, and stunts. Playing the game’s main career mode was probably the most fun for me, and probably the most challenging. In career mode, the player will go through four different areas (each with different settings and environments). However, the real challenge is how you can make it in your career without dying. 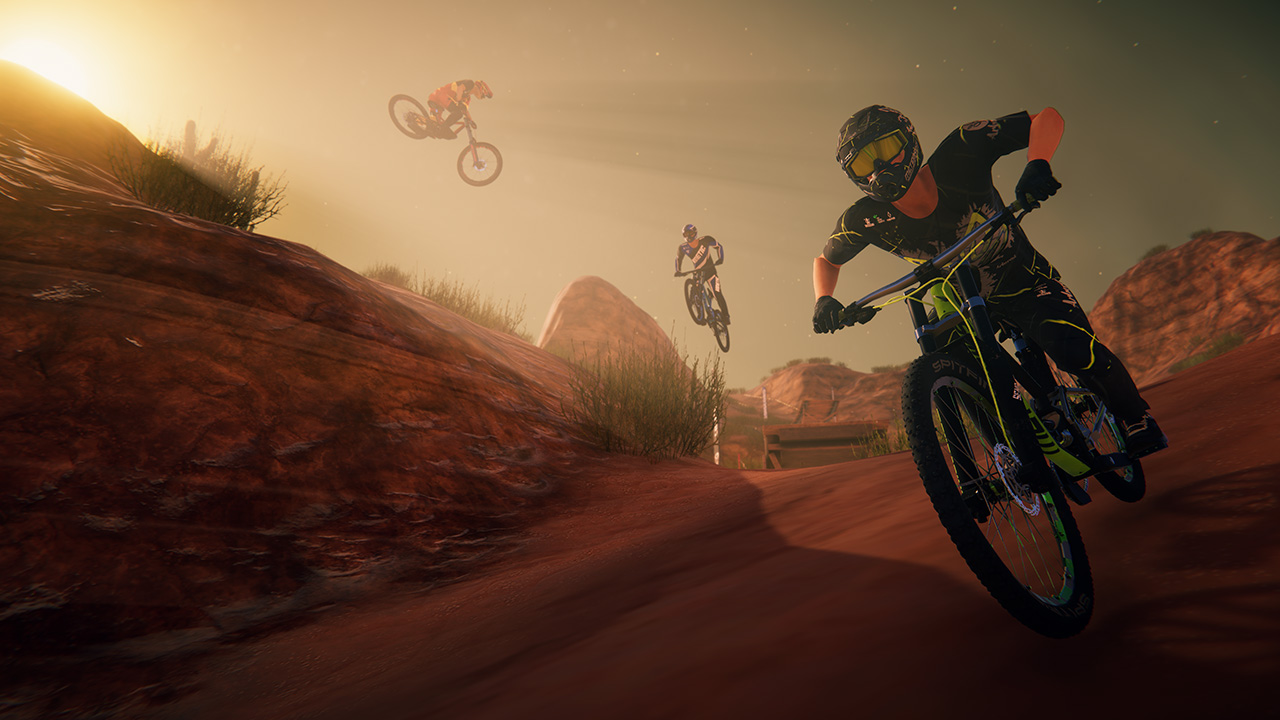 Unlike most of the other extreme sports games I’ve played, Descenders gives you a set amount of health. Once that health runs out, your career is over. At each level, you will receive a challenge, like “reach the finish line without letting go of the acceleration button”, or “Do 2 backflips”. If you complete the challenge before reaching the end you will receive 1 health point. Completing challenges was relatively easy. So I did accrue a good amount of health, but when you wreck or bail on your bike, it usually takes off more than one health point, depending on how bad the wipeout was. You will also gain crew members throughout your career that give you temporary abilities like smoother handling and being able to decrease the amount of health you lose after a crash. 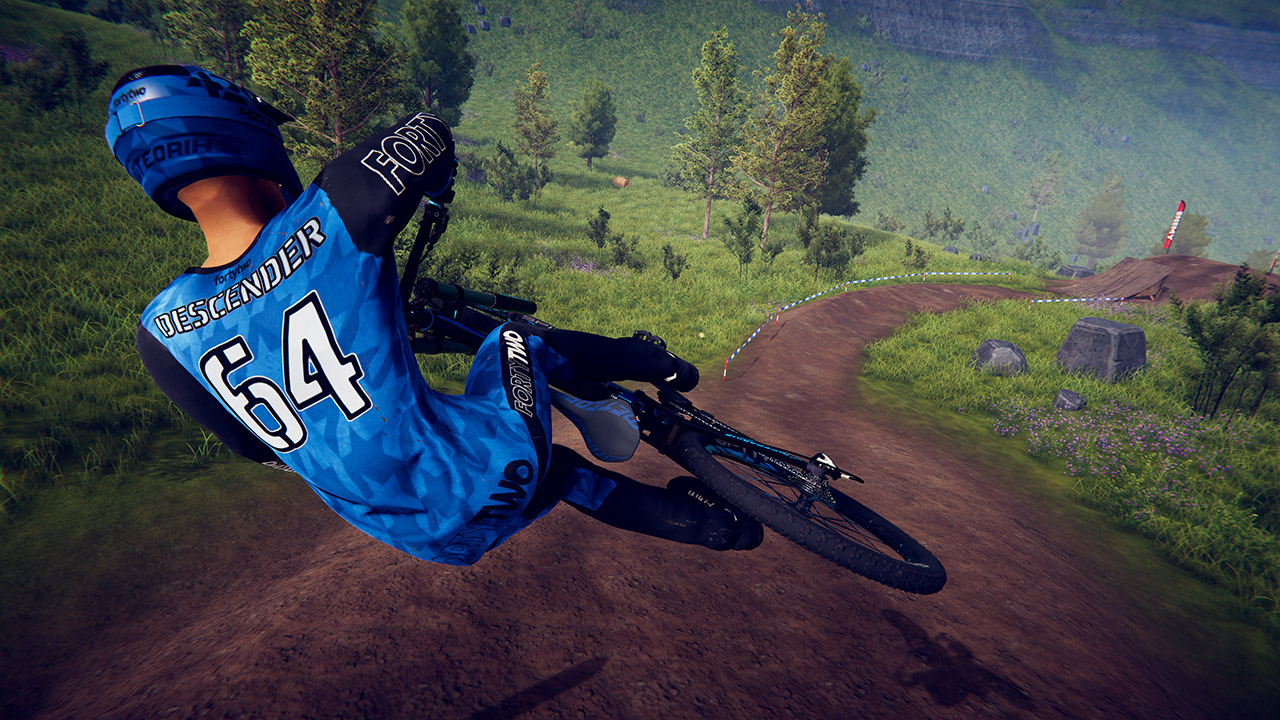 The main objective, no matter what mode you’re playing, is to try to be as fast as possible, don’t wreck, and earn as many rep points as you can. Reputation points are pretty much just an accumulative score that shows everyone how awesome you are. Speaking of “everyone”, if you’re playing Descenders while connected to the internet you’ll probably see some other players riding around in the lobby and even some of your career levels. It’s kind of funny just sitting back and watching someone else bomb on their bike, or, someone who really knows what they’re doing. 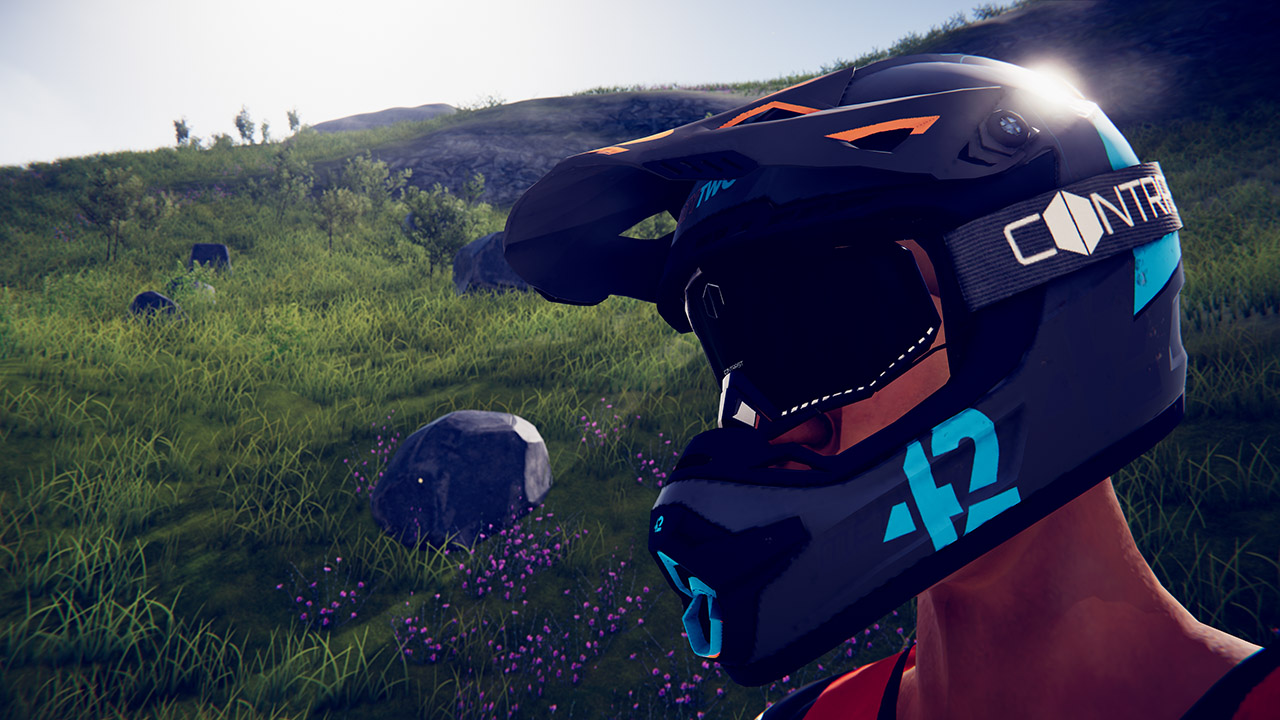 Instead of having a main menu where you pick the mode you want to play, Descenders has a kind of “lobby” or training area where you can practice and ride your bike around, visit the garage for some outfit or bike customizations, or just watch the other players mess around. Aside from career and free mode you can also choose to play in a multiplayer lobby with friends, or play on the 3 bike park levels, which if you’ve ever seen the show Wipeout, that’s exactly what these levels look like. There are tons of crazy obstacles and jumps to overcome. I don’t think I was able to finish one of the Bike Park levels, so good luck with that. But they’re still a lot of fun to play. 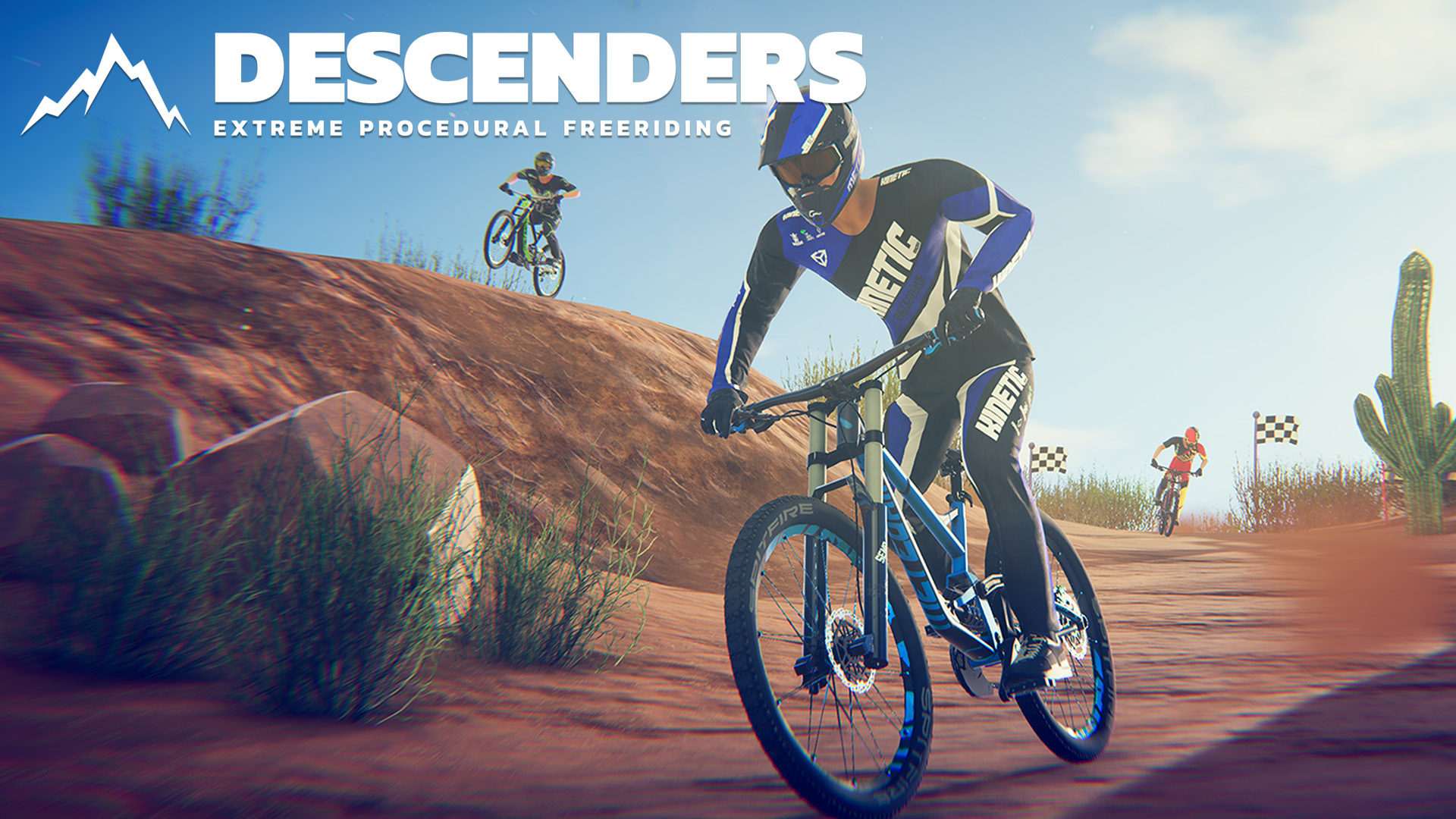 Descenders was not what I was expecting, at all. But it ended up being a really fun, challenging game. Even if you’re not great at these kinds of games, or you have young children that might not understand the goal, this is one that the whole family can enjoy, just for the silliness of riding around and wrecking into stuff with your friends while in the lobby, if anything. I definitely recommend checking it out if you’re stuck in the house or looking for something new to play.

Descenders ended up being a really fun, challenging game. Even if you’re not great at sports games, or you have young children that might not understand the goal, this is one that the whole family can enjoy