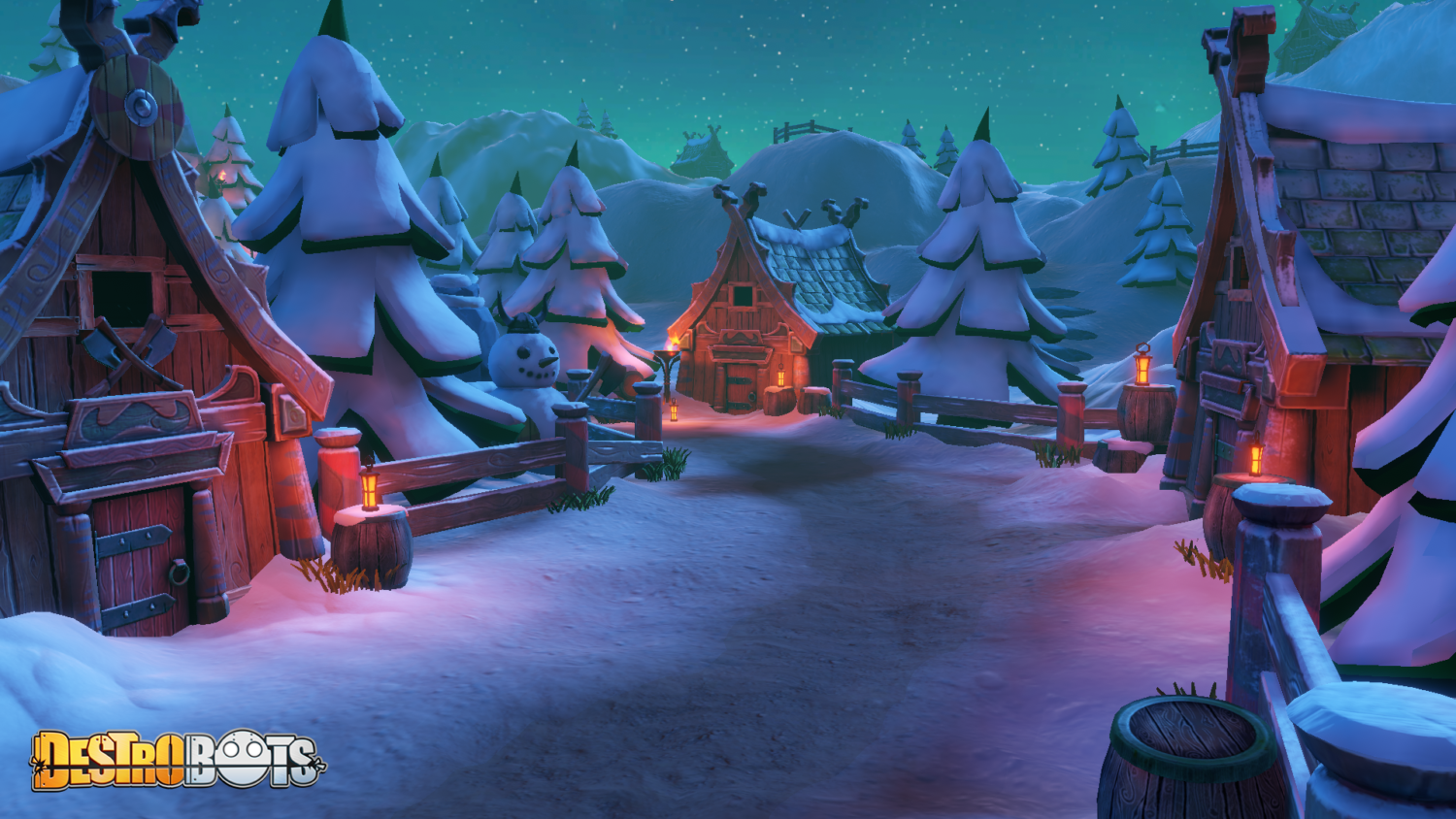 Destrobots is a top-down shooter starring a funky array of little robots. The objective is to dodge and take out enemy robots with a set of melee and long-ranged moves. Each level is designed with a specific theme, such as farmland, a snowy tundra, or a mecha arena. But these levels are contained and don’t extend farther than your screen. 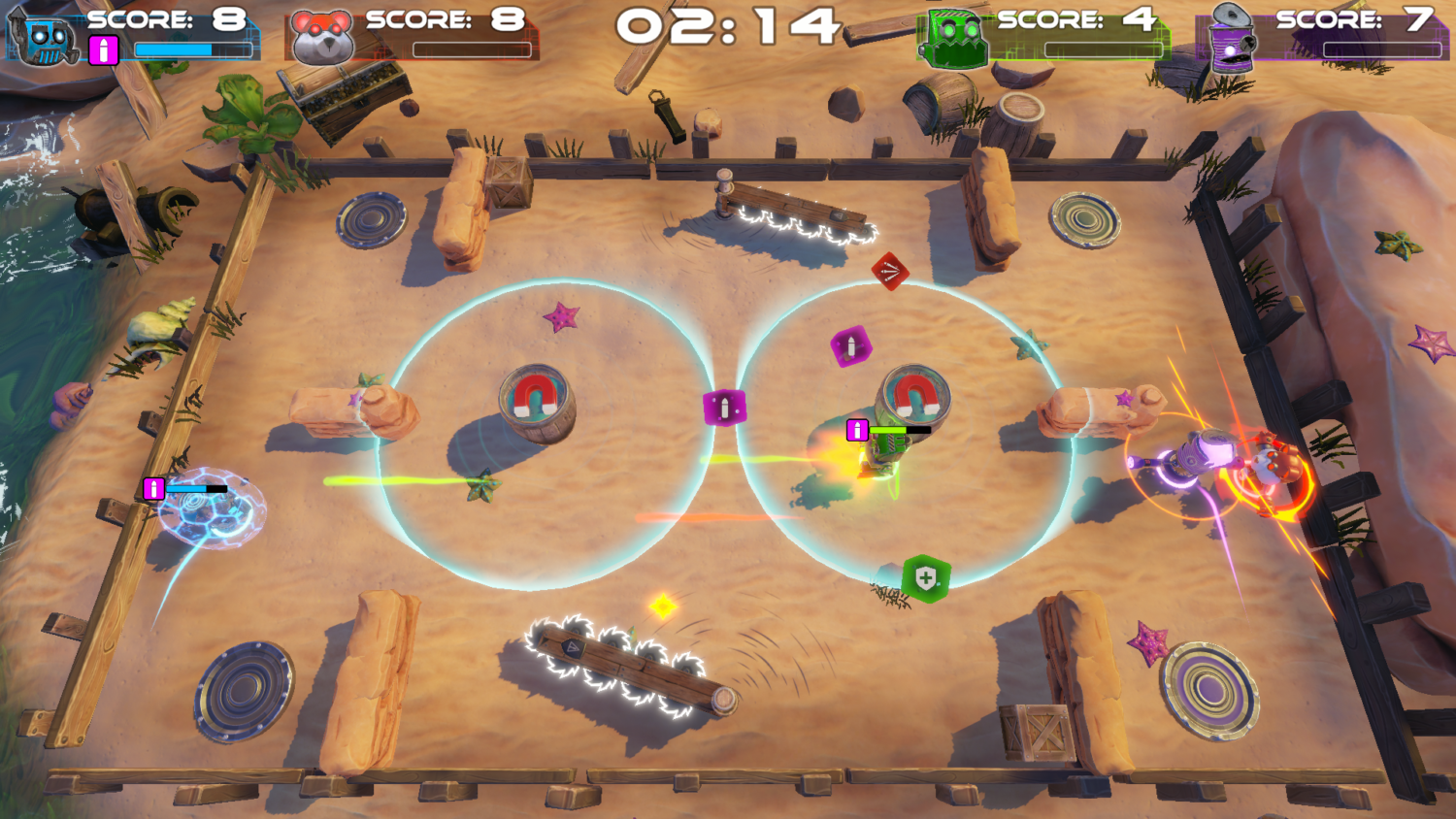 I don’t play a lot of top-down shooters, but Destrobots felt like a nice change of pace from my usual selection. And I was happy I picked this one up. The game offers a variety of local multiplayer options and some solo play. However, it’s clear from the number of game modes provided for multiplayer that the developers really want you to play Destrobots with friends. Still, the single player modes aren’t completely lackluster, there’s just fewer to choose from by comparison—with time, you do eventually unlock other options.

Destrobots is easy to pick up and start playing right away. Like any decently fast-paced title, the gameplay encourages you to use the board to your advantage. Destroying barriers can reveal hidden power-ups, but if you take down too many walls you can leave yourself wide open for an ambush. I liked that with each play I could feel myself getting better at the game, but I had plenty of rounds where I failed after just a few seconds. The game makes it easy to hit “retry” quickly and go again, making replayability an easy motivator for jumping into Destrobots. 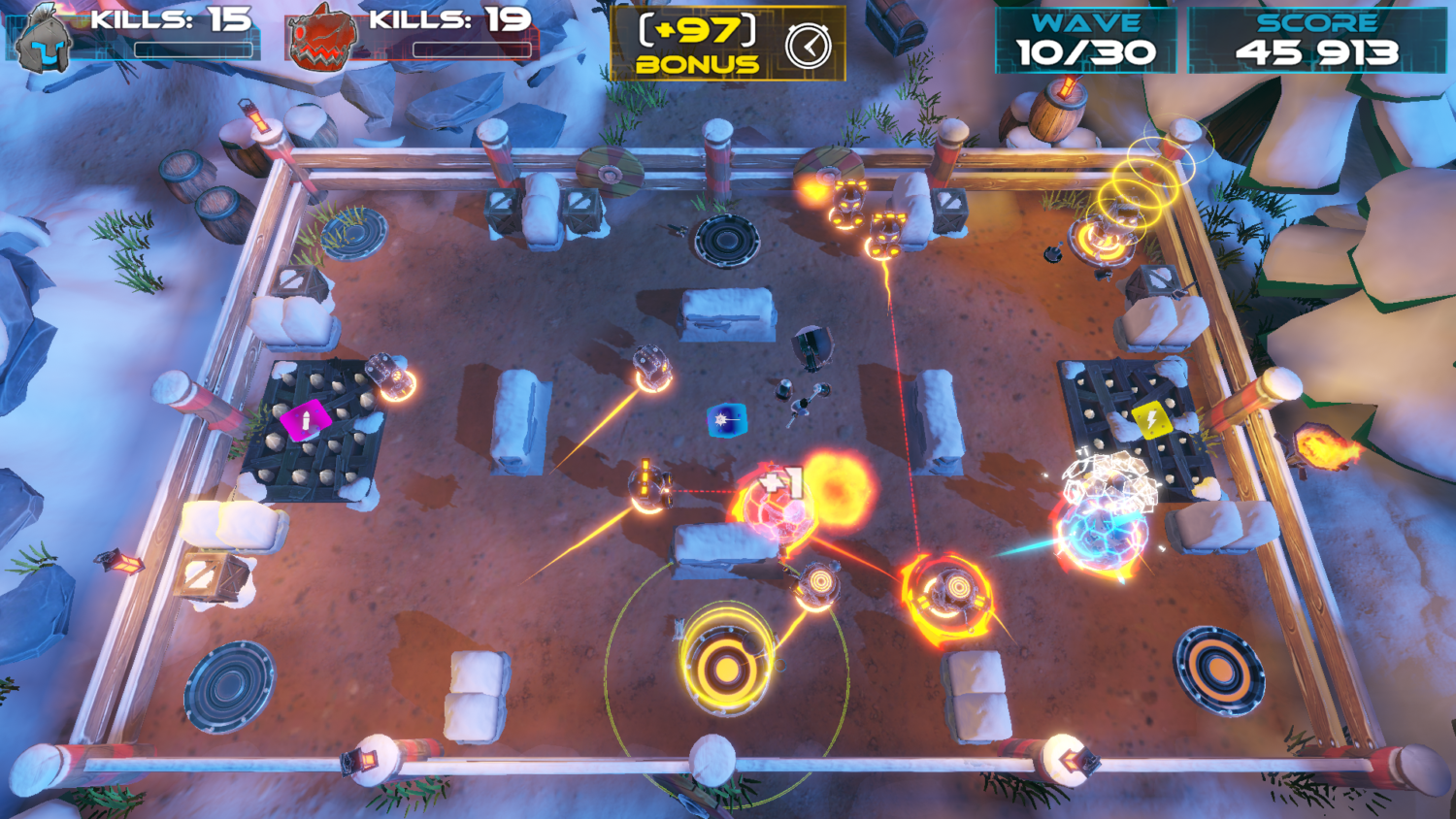 In Horde mode, you go round after round taking on enemies. In the first level, the Farm, there’s a total of 10 waves of enemies. To unlock each stage, you have to complete the rounds. This can be easier said than done when the hordes surround you from all sides, or you accidentally corner yourself in a way that makes it difficult to fight your way out. In Versus you can battle to the death or team up to take on the enemies together.

Destrobots’ main shooting mechanic focuses on using the D-pad to point and shoot where you want your aim to go. This is likely due to the way the game encourages you to whip out the second Joy-Con and hand it off to a friend—which in some ways can limit what controls the game might utilize—but it also reminded me of classic arcade and retro consoles where a directional pad was your primary method of navigation and aim. I liked that method; it made my aim more exact and precise. 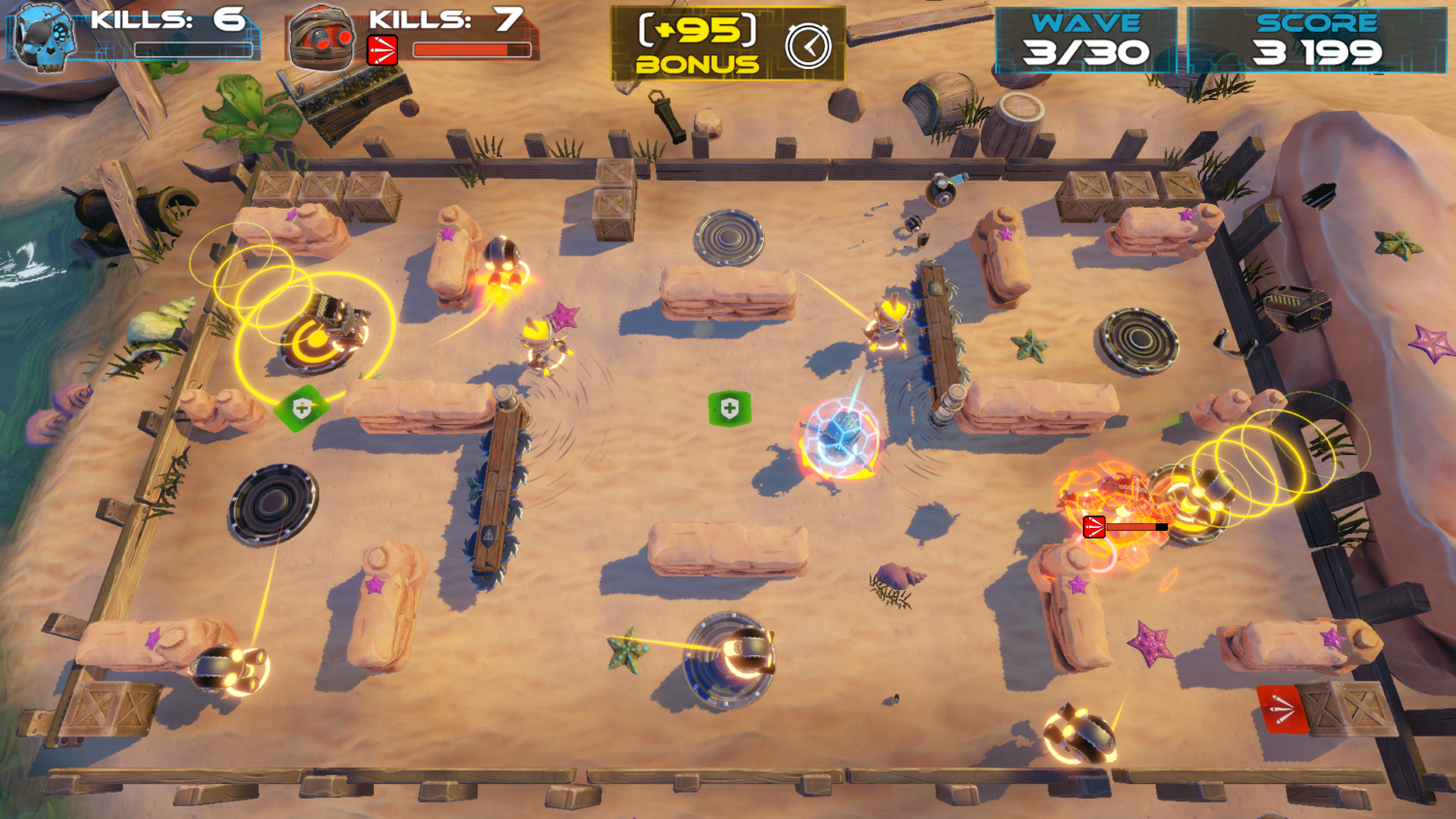 Destrobots is a simple game, but it’s full of replayability. There isn’t much in the way of a story or explanation, and even with unique theming across levels, the objectives are still more or less the same. Destrobots hit the sweet spot in something that doesn’t require a lot of variety to be fun over and over again. If you’re looking for a fun game to play with family and friends—or you just want a fun shooter to kill time in solo mode—I recommend Destrobots.

Destrobots hit the sweet spot in something that doesn’t require a lot of variety to be fun over and over again. Play with friends or on your own!