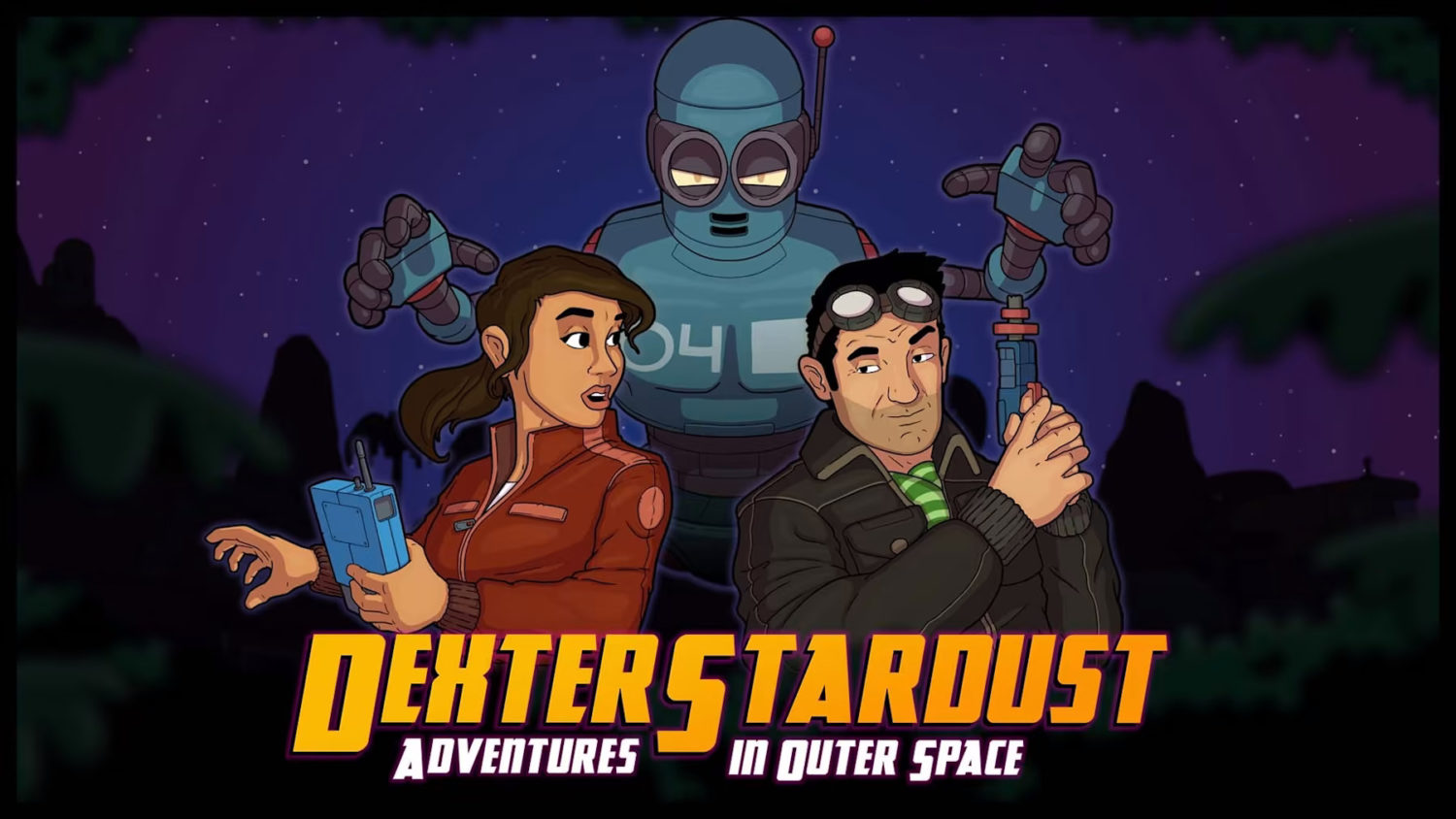 Dexter Stardust: Adventures in Outer Space is a point-and-click adventure featuring interplanetary exploration, killer robots, and … tacos. This gives you an idea of the unique style, which combines sci-fi, action, and humor to present something more like an interactive television series than a game.

Exemplifying that notion is how Dexter Stardust is broken into five episodes, numbered zero through four. Each has a title and intro, complete with a theme song, credits, and casting, just like a real show. The animation style reminds me of Futurama, with bright colors and spacey themes set in the future. Even more impressive is that the entire game is fully voice acted.

The voice acting is great, particularly for the main character of Dexter, adding depth that helps engross you in the action. The humor sprinkled throughout the narrative is spot on, and things move along at a perfect pace. Each chapter ends with an intriguing hook to entice you to play the next episode, just like a successful TV show would. It’s well written, and kudos to developer Jeremy Frys, who wrote and directed the game and its episodes. 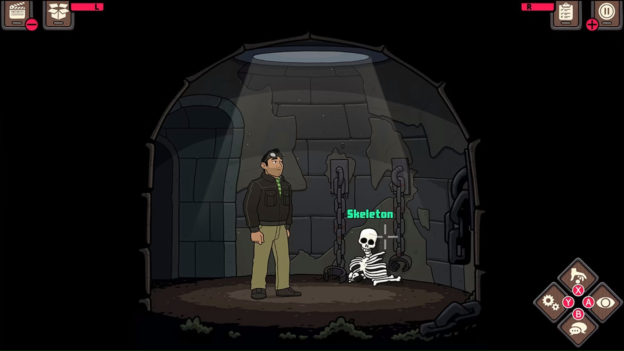 The gameplay is simple. You move the cursor on the screen, with any interactable objects highlighted as you pass over them. You can do one of four actions on any such object: look at, pick up, use, or talk to. Of course, not every item can be spoken to, for example, and Dexter makes sure to point that out in a humorous way.

Speaking of Dexter, this fun-loving character is part and parcel of the game’s enjoyment factor. To use another Futurama comparison, he’s a little like the titular Fry: nice, but not so bright. He’s also not exactly hero material, more like a loveable rogue who just wants tacos. Or burritos. Or nachos. He’s also caught up in a mystery that spans the solar system, traveling from the planet Mars to the moons of Jupiter.

The puzzles are cleverly designed and enjoyable to solve. We found it fun to play as a group, each of us shouting our ideas to the one controlling the action. It was a collaborative way to play and added a multiplayer element that kept us thoroughly engaged. 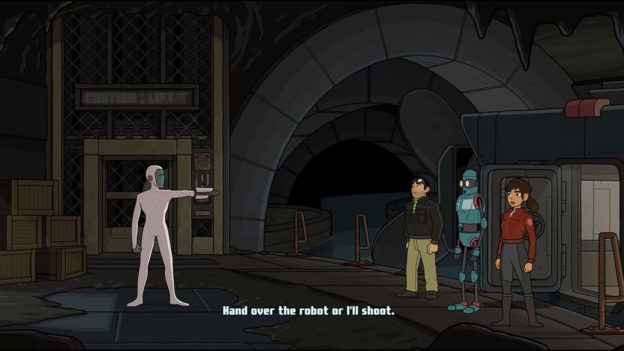 There aren’t too many moments of frustration; and most of these come from missing something simple in the environment, resulting in an “ah-ha!” moment when you finally work it out. There’s an ingenious use for everything. Each of the many items has a purpose that’s fun to discover. Like, why would you need chamomile leaves? Or a yoga mat? The path isn’t obviously linear, with multiple places to visit and revisit as you puzzle your way forward. It adds intrigue to the proceedings and makes you feel like part of the story.

An additional element that adds longevity is a director’s commentary. Each scene has an optional voiceover describing what went into creating it, with some interesting background to the development. It’s a neat treat for anyone looking for even more depth.

Overall, Dexter Stardust: Adventures in Outer Space is a great point-and-click adventure that hits all the marks. It’s clever, entertaining, and a good puzzle game to boot. It’s well written and engaging; I was hooked from the beginning. At only $9.99, it’s easy to recommend this title to genre fans. If you like point-and-click titles, especially with sci-fi elements, check this one out!

Dexter Stardust: Adventures in Outer Space is a great point-and-click game with clever writing and puzzles; I was hooked from the beginning. At only $9.99, it’s easy to recommend this title to genre fans.