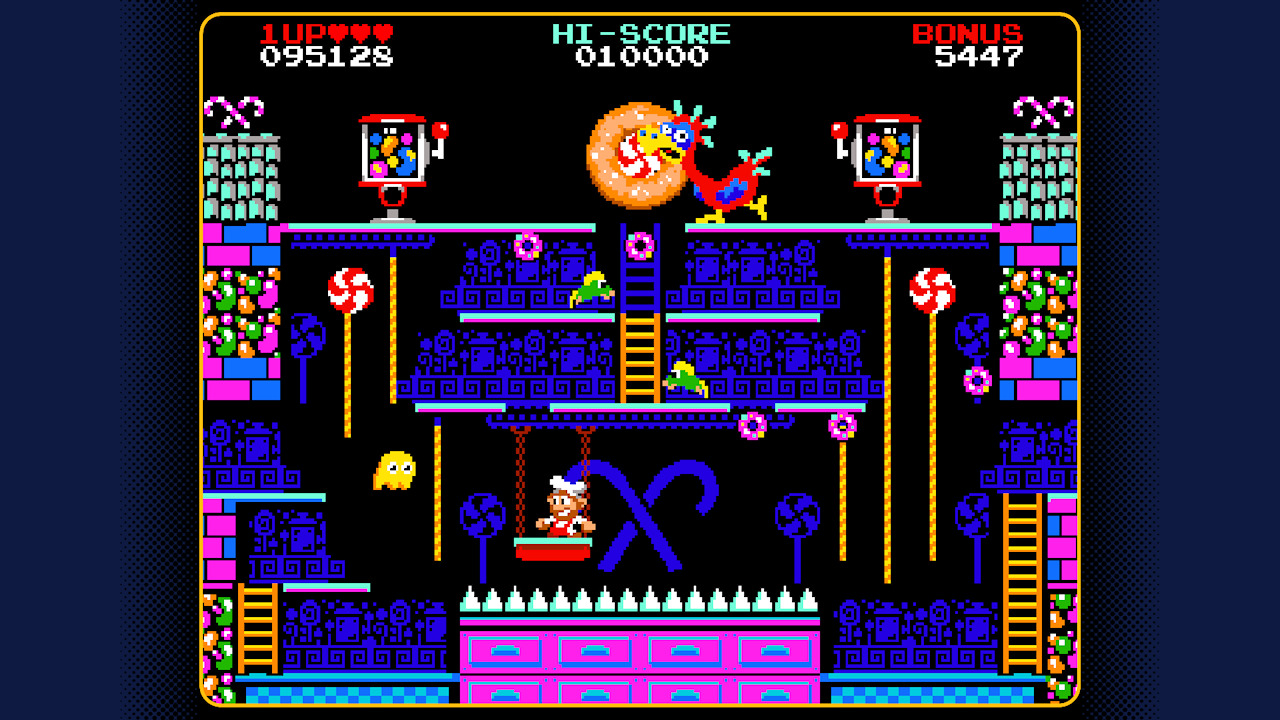 "Donuts. Is there anything they can't do?"

I am totally behind the concept of Donut Dodo. I don’t need to tell you of the countless retro-inspired games available for Nintendo Switch, but most of those are patterned after NES-era games. Donut Dodo aims squarely to provide a new coin-op arcade game experience, and it mostly succeeds. 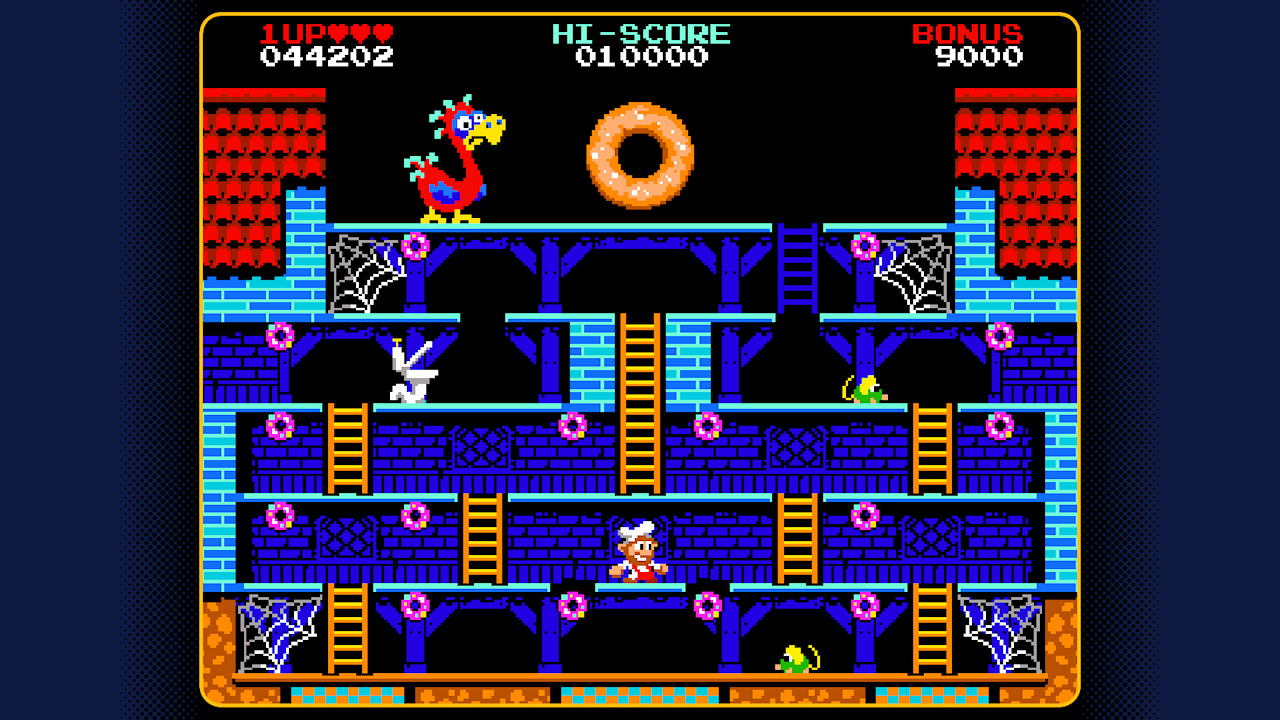 A half dozen different titles come to mind when looking at the screen captures: Donkey Kong, Popeye, Kangaroo, Burger Time, etc. Honestly, Donut Dodo pulls elements from all of them and more, some blatantly. Anyone who spent half an hour in an arcade in the ’80s is going to find plenty of familiar items on even the first playthrough, short as it will be.

The difficulty, you see, is not reminiscent of ’80s arcade games. Back then, the first level or two were designed to give you some confidence so you’d want to drop another quarter after quickly burning through your lives by level three. Donut Dodo provides no false hope.

As one would expect, the point is to clean up the screen. Donuts have been scattered about, and Baker Billy Burns needs to navigate platforms and ladders to grab them all, unlocking access to the prin… no, to the bigger donut. On one hand, it’s good we’re no longer presenting women as objects who need to be rescued. On the other hand, should they be offended they’ve been replaced by a giant donut? Home Simpson thinks not! 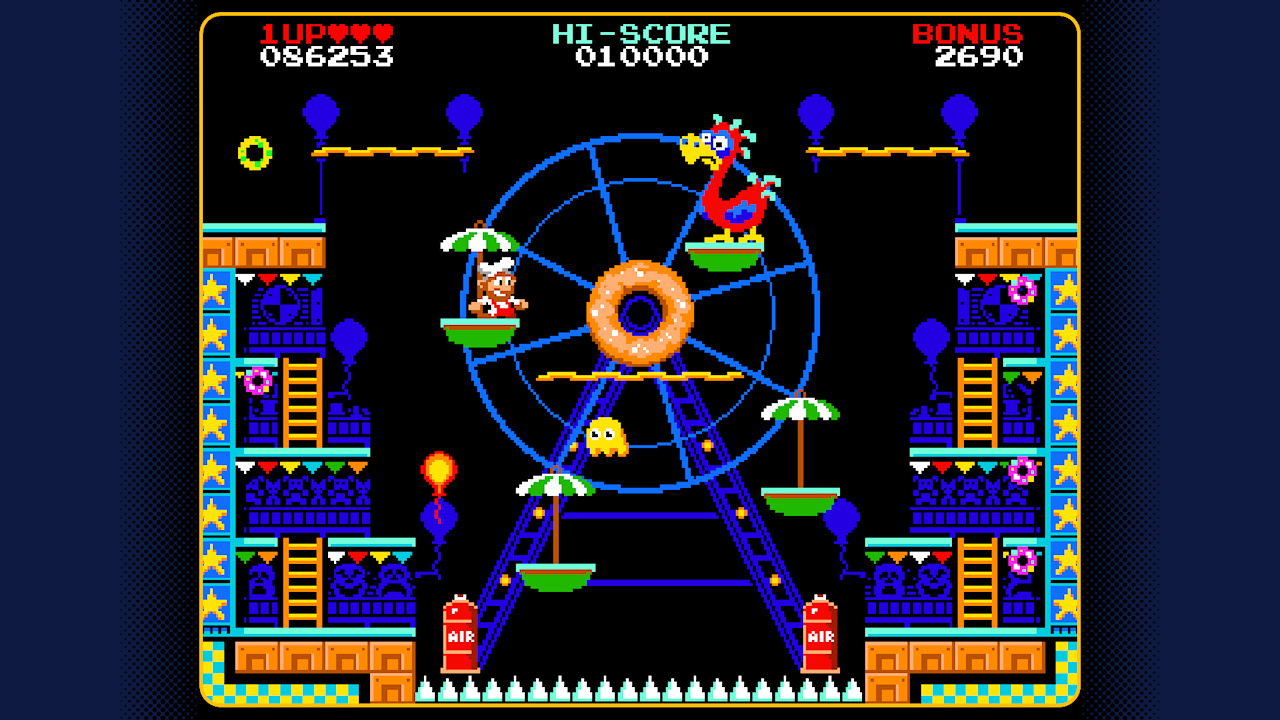 The levels are trickier than I initially expected, complete with traps and walls that prevented me from getting to the ladder I needed. In addition, the speed of the game is much faster than those back in the ’80s. Finally, there are no weapons to slow the enemies down, some of which cannot be avoided by jumping over them. As a result, Donut Dodo is more about strategy than skill. Levels are completed by analyzing and memorizing enemy movement patterns. It took about half a dozen tries before I got past level one, a half dozen more before I worked through level two. Level three was actually pretty easy, but then…you get the idea.

There are five levels in total, plus a bonus stage. This may not seem like a lot, but that’s the way arcade games worked (consider Donkey Kong). Like the games that inspired it, you can’t save your progress. Unlike the games that inspired it, you can’t add another quarter to continue. You can acquire extra lives, but it’s back to the start when you run out. As such, reaching the last screen becomes a giant donut of its own. 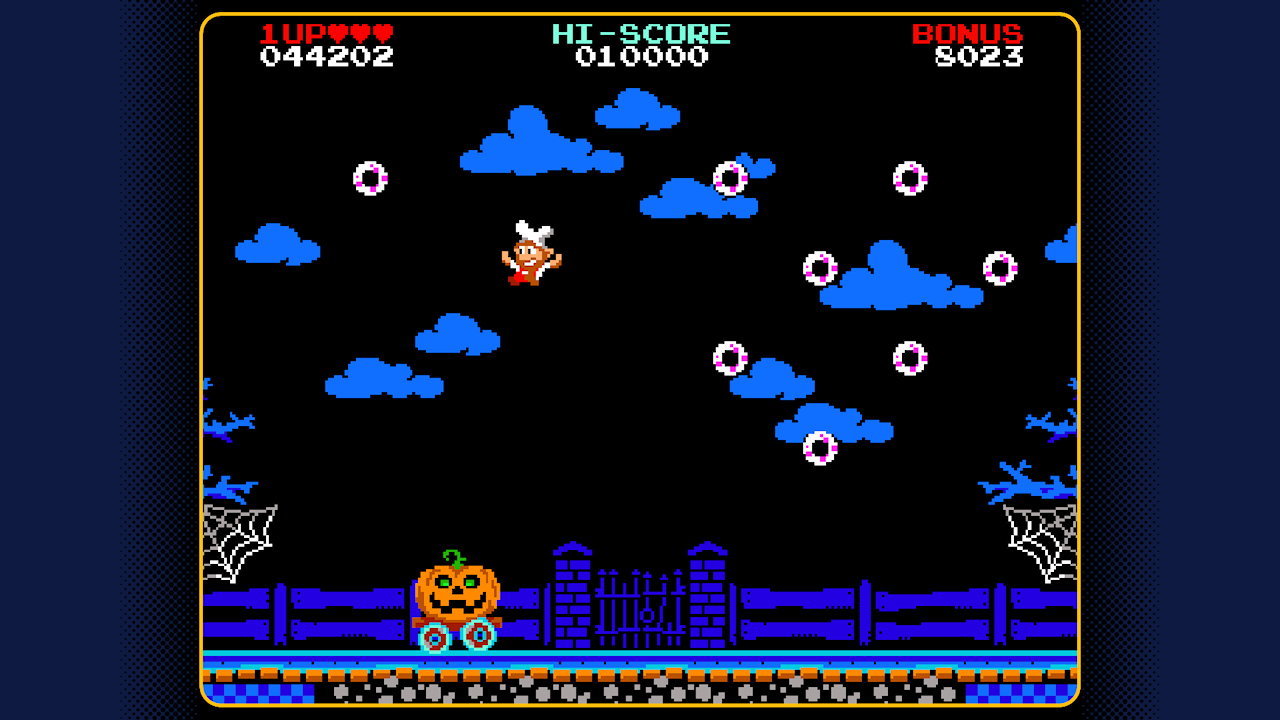 There’s more to chase beyond that. Worldwide leaderboards (three initials only—who’s going to be the funny one who writes ASS?) will give you some bragging rights, and racking up the necessary points will require some strategy. For example, you get score multipliers if you grab the donuts in the order in which they flash. This provides a challenge that’s more fun than simply going out of your way to get the bonus fruit…although those are available, too.

All of the action is presented in basic, bright, 16-bit colors against a black background, fully accented by an original chiptune soundtrack from CosmicGem. It’s perfectly done in that regard. It looks and sounds like a game that would’ve fit naturally between Mouse Trap and Joust, right down to the welcoming screens. 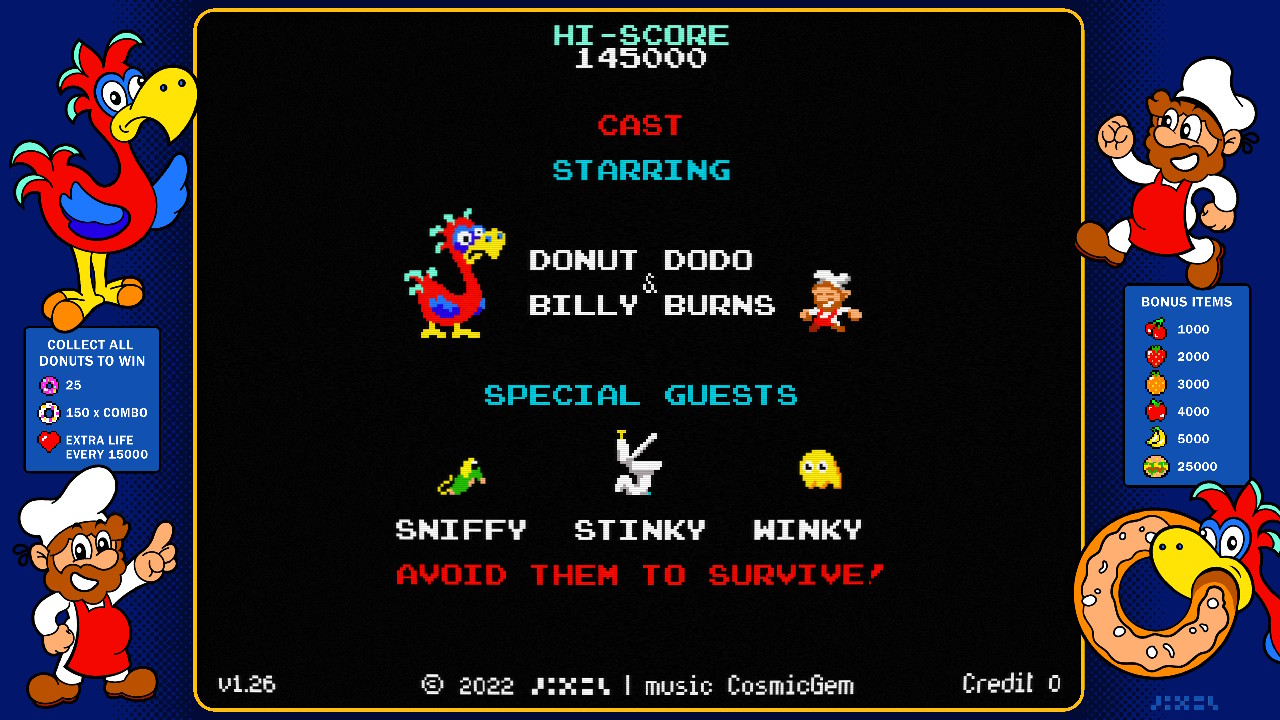 The speed and difficulty are a bit off, but they do increase the game’s longevity and, honestly, the hilarity when you’re watching someone play it for the first time.

At only $5.00, Donut Dodo is well worth the purchase. Playing it in 2022, I felt as if I’d warped back to the Ashland Arcade in 1982, just after some new machines had arrived (but oh no, they replaced Red Baron and Tailgunner!). I can’t say how long Donut Dodo will hold my interest, but it has earned a spot amongst all the Arcade Archive games I play when I’m feeling nostalgic. More importantly, it has me looking forward to the new machines to come.

Fans of classic arcade games should love Donut Dodo, mainly because it gives them something new. It’s not a port; it’s a new game that looks, sounds, and plays like it should’ve been released in 1982. It’s a clever, low-cost addition to your digital arcade.