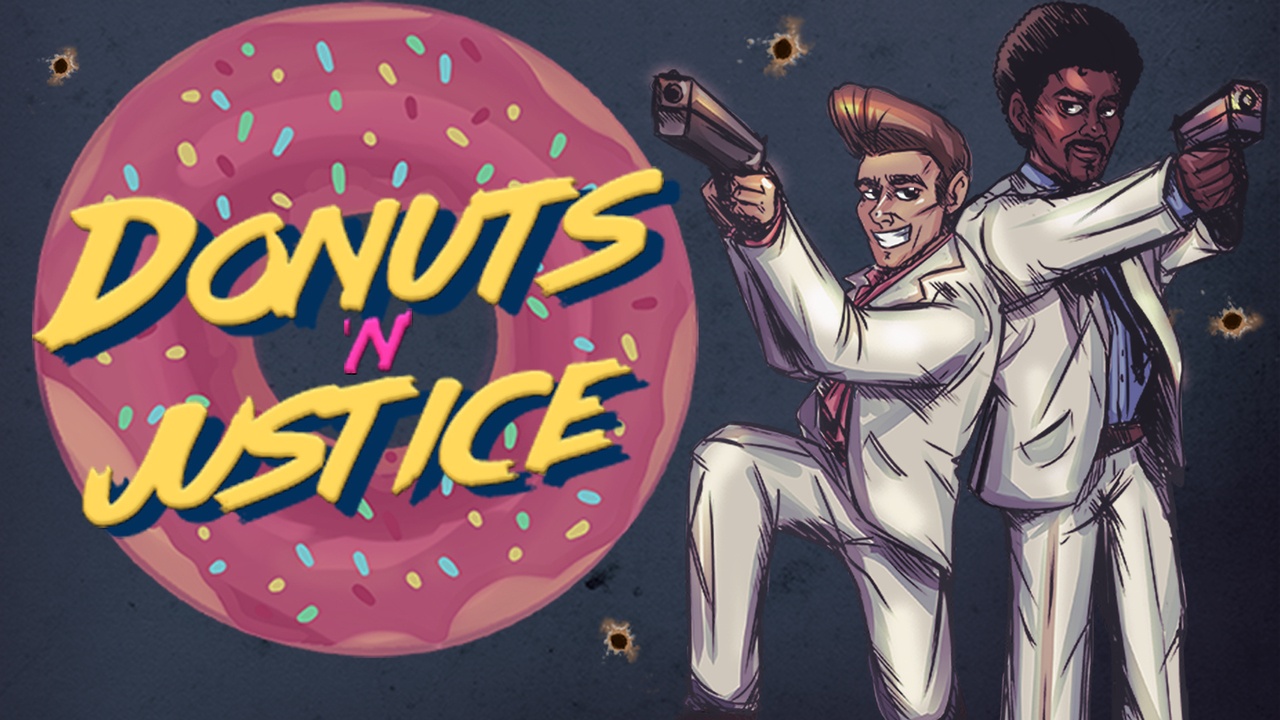 By Kaelyn Daugherty  •  3 weeks ago

Donuts’n’Justice is a game that will evoke strong emotions from some of its players. Some will want to throw their controller into the television. And while this is something I usually can’t stand in a game, it made me want to play more this time. In this side-scrolling action-packed, arcade shootout, you can choose between two playable characters and take to the streets to dish out some justice and, of course, enjoy some donuts.

Donuts’n’Justice is a pretty awesome game at first glance. Two cool guys taking out criminals left and right, with a huge arsenal of weapons at their disposal, and then they threw in my favorite dessert… how could I not like this game? As you blast through enemies, they will drop items like cash, weapons, grenades, police badges, and donuts. Cash is used to buy “hats” that you can equip to gain special abilities, or just to look cool. Police badges are used to upgrade your weapon arsenal; the more you collect, the more weapons you have at your disposal. 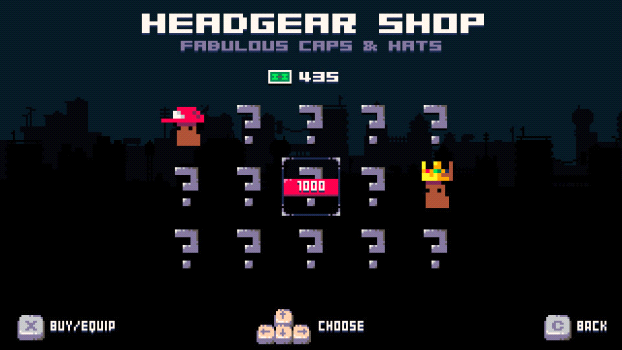 However, weapons are randomized, so you never know what you’re going to get. You could go from a pistol to a flame thrower in a split second, which can get pretty chaotic with how fast-paced everything is. Some weapons are a lot more useful than others, so I would have liked to have been able to choose the ones I wanted to use. It made upgrading less exciting because I never knew when I was going to get to use my new weapon. Having grenades as my sub-weapon was great, though. They kill multiple enemies at a time and can get you out of a jam. 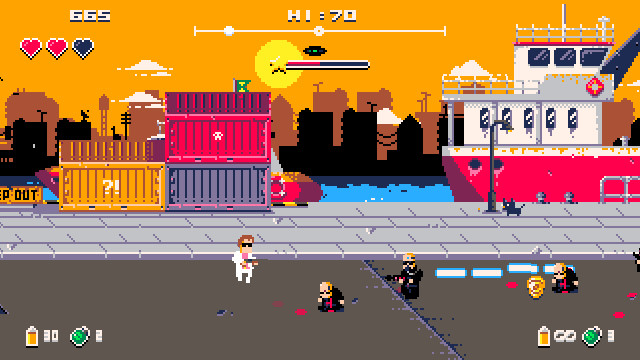 I blew through the first level, no trouble at all. Then I attempted the second level, and I am ashamed to say, I died at least 20-30 times before I beat it. It baffled me how much the difficulty seemed to jump between levels. Each level is also a good length, and there are no checkpoints or anything to lessen the frustration. The donuts you collect from enemies are your only hope in staying alive. Pink donuts refill your hearts, and green donuts slow time for a short period, allowing you to dodge bullets and kill multiple enemies with precision. 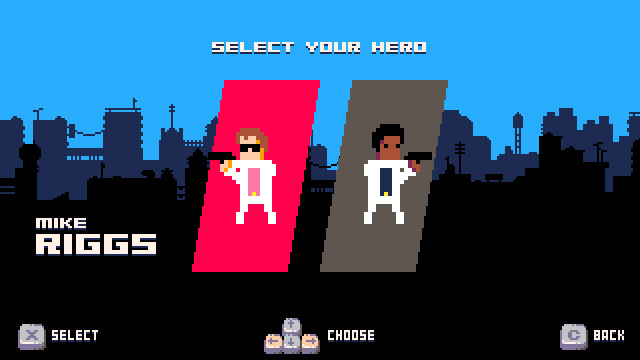 There are also loading screens that like to taunt you by telling you that you can change the difficulty level to “thumbsucker mode” anytime. This mode pretty much lets you fly through the game, giving you more health and making your weapons more powerful. Then there’s “hard mode” which is called “Nuck Chorris” mode. For those who do not recognize that name, it references one of the most powerful men on the planet, Chuck Norris. After trying out each mode, the only difference I noticed was a change in health and power. Easy mode was too easy (literally boring), normal was challenging, and hard was just a little more challenging. 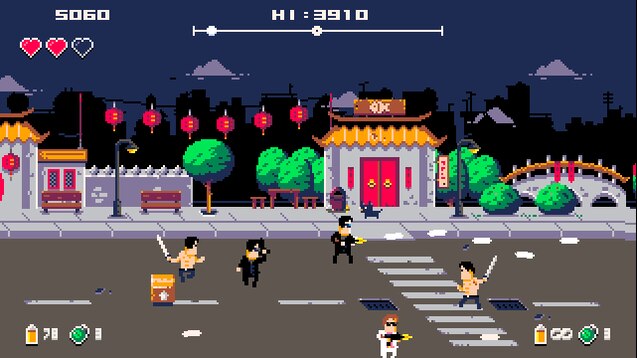 When I finally got the hang of things and felt like I was doing good, the game was over. There were around five levels, four moderately hard boss levels, and after you beat the game, you can do a Boss Run mode, but that’s it. If you were really good at this game, it would take you less than an hour to beat it. I suppose you could challenge yourself and try to beat it on every difficulty or get a high score, but I just wasn’t motivated to do so. However, regardless of the difficulty, or length, or lack of replayability, my girlfriend and I had a lot of fun playing this game. By the way, you can play Donuts’n’Justice with a friend. Which can either make this experience better or more frustrating (depending on your Player 2). 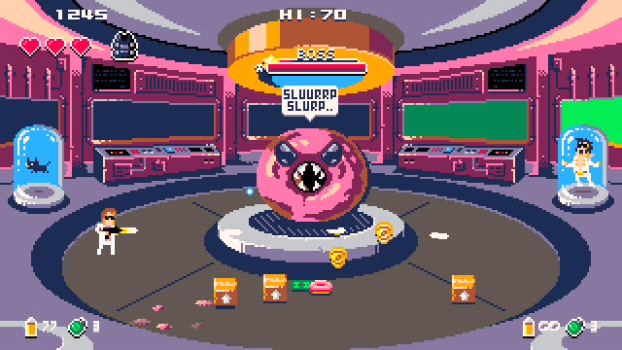 Donuts’n’Justice is a very good little game. It reminds me of a lot of the arcade shoot ’em ups that I played growing up. While it isn’t a game that will go down in history, it’s a good time filler to test your skill and patience. Check out Donuts’n’Justice on the Nintendo Switch eShop for $4.99.

Donuts’n’Justice is short and sweet, literally. Dish out some justice and take out waves of enemies in this 2D, horizontal side scroller. With only a few levels, the game can be completed quickly. But I bet you a donut that you have fun playing it.