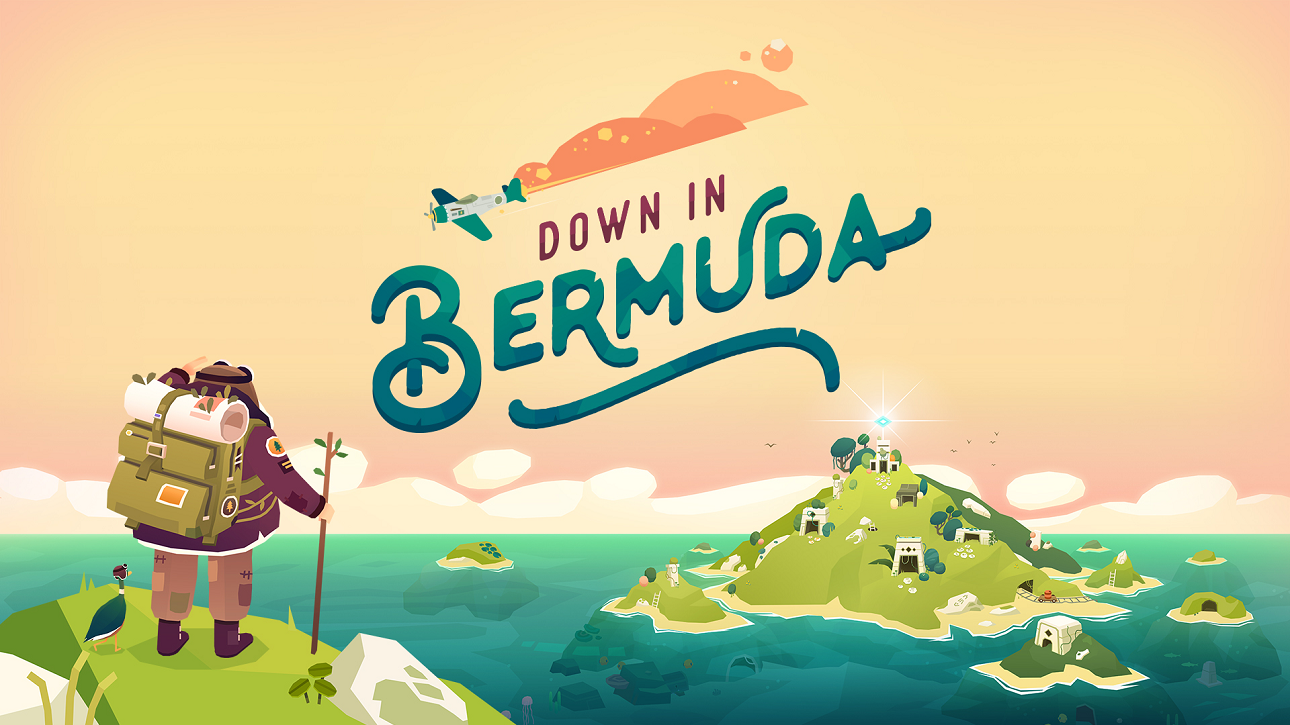 Down in Bermuda is a fun puzzle-adventure with an intriguing theme and a good flow. However, this mobile port is overpriced on the Switch, as it can be beaten in three hours or so.

The game starts with a plane crash before advancing “30 odd years later.” The marooned pilot, Milton, waves to the screen at the unseen player. Yes, you don’t control Milton directly. Often you won’t even see him. Instead, he reacts to what you’re doing on the island level. Which more often than not is puzzles.

The first puzzle is of the sliding tile variety. While Milton says he’s been trying to solve it for years, it took me maybe a minute. Turtle Island acts as a tutorial, with the five remaining islands offering more of a challenge. Not that this is a taxing game. In fact, it can be rather relaxing. But you’ll need careful observation if you want to find all the orbs necessary to advance. The number can vary by island. 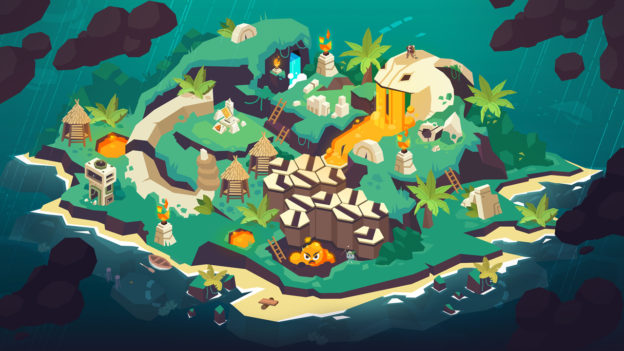 A breezy way to find at least one orb is by collecting all the glowing bits scattered on each island. A few of these are out in the open. If you find the map, it will show you the general area where they are. I suggest not looking at this unless you are truly stumped, as it’s fun searching for these. Some will really have you searching as they are tucked in such a way that you’ll have to slowly rotate and/or zoom in on the screen to find them.

Speaking of, the controls show their mobile origin. In handheld mode, the touchscreen is excellent and intuitive. In docked, the controls are workable. I played this way so my wife and I could take turns controlling, with the other offering puzzle suggestions or finding glowing bits. But neither of us cared for the Joy-Con use much. You can adjust the cursor sensitivity and invert the y axis, but it never quite clicked the way we hoped. 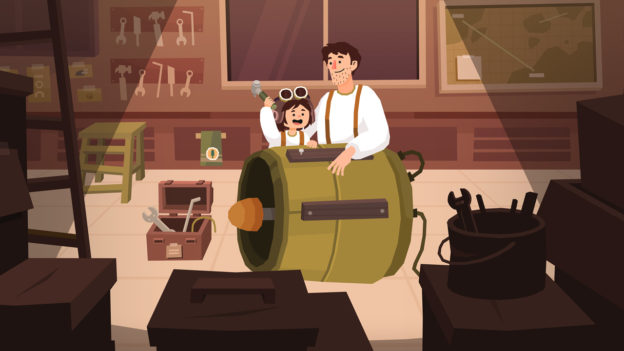 The mobile origins are also exposed in the presentation. While the islands are well designed with no wasted real estate, they won’t wow you visually. On the audio side, the music is good while it lasts, but as it quickly cuts out, most of your time will be spent with just environmental sounds.

While the Bermuda Triangle is always intriguing, this game isn’t driven by plot. Scattered photographs piece together a bit of backstory, but they aren’t essential. The worst you may find is a character referencing something you’re unaware of. Yes, these islands aren’t empty. It makes Milton’s adventure less lonely, even if the characters tend to remain in the background as catalysts for puzzles. The game even allows you the option to play the next island before finishing one, for a welcomed bit of non-linearity. 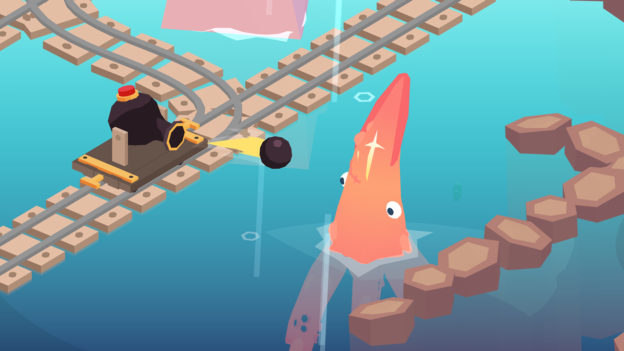 No matter how you play it, though, Down in Bermuda isn’t long. There’s a bit of replayability if you wish to find all the relics. But this is a generally easier game that you’ll soon be done with.

Down in Bermuda is a fun little puzzle-adventure. That said, I beat it in just over three (leisurely) hours. The $19.99 launch price is hard to justify, especially for a game whose mobile origins shine through in both looks and feel. So wishlist this one for a future sale.

Down in Bermuda is a fun little puzzle-adventure. That said, I beat it in just over three (leisurely) hours. The $19.99 launch price is hard to justify, especially for a game whose mobile origins shine through in both looks and feel. So wishlist this one for a future sale.