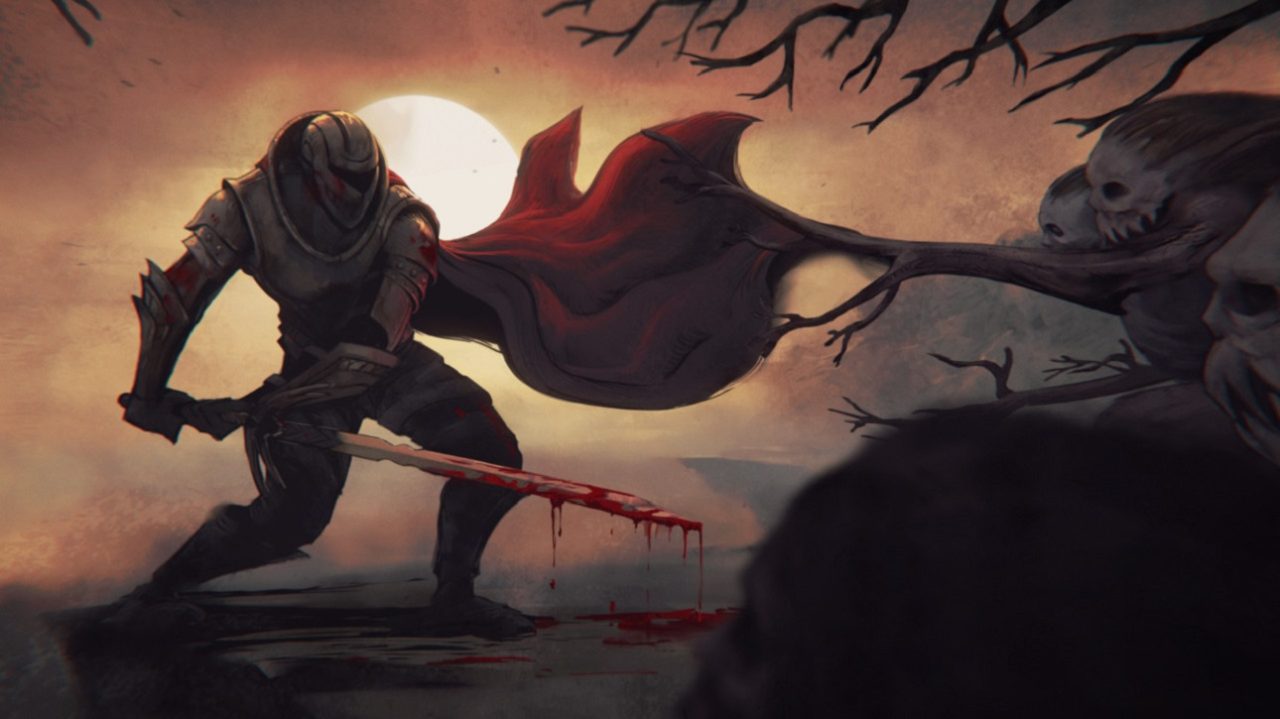 Down to Hell is a game that, unfortunately, lacks originality. It’s been built in a mold we’ve all seen before. On appearance only it looks dark and gothic, similar to that of Dark Souls. When first firing it up my hope was for a side-scrolling Souls-like, with brutal boss battles and interesting environments. You wouldn’t be mistaken for thinking this way, and as it turns out there are plenty of challenging bosses, but the combat feels clunky and the story is bland. 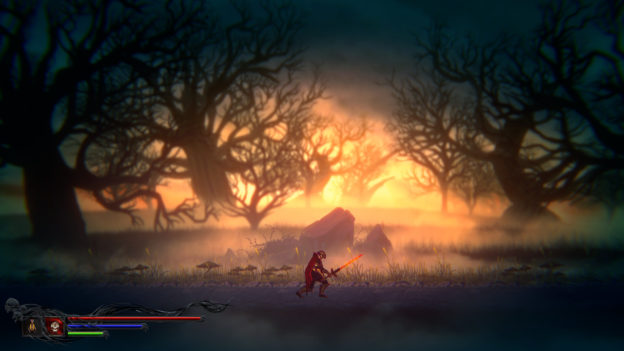 The knight you take control of has no name. His only experience is war and he’s “filled with rage”, at least according to the very stern narrator of the game. Despite being a powerful warrior, he falls within the first five minutes of the game, only to be saved by a mysterious figure. This spawns the driving force of his journey, which is to rescue his saviour, who is taken immediately after helping our protagonist. It’s a pretty simple premise that purely exists to push our unnamed warrior towards more demons to puree. 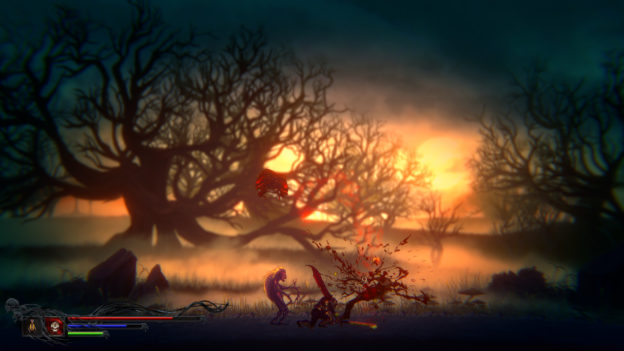 Down to Hell isn’t all bad; there are things to like about it. Most of all is the way it looks — the backgrounds of the levels are stunning. Light is visible in the distance, behind decrepit trees that look as though they’ve been plucked straight from the mind of Tim Burton. I don’t know much about Hell, but the game does a good job of making the world seem bleak and cold, and there’s little life that isn’t trying its hardest to best you. The visuals are accompanied by a heavy-metal soundtrack, which also perfectly complements the hack-and-slash style of the game. Sometimes the reds of the health bar can be lost in the background, especially when playing in handheld. As you progress, the narrator will swing by to add more information, along with an old man who acts as a quest-giver for the narrative of the game. 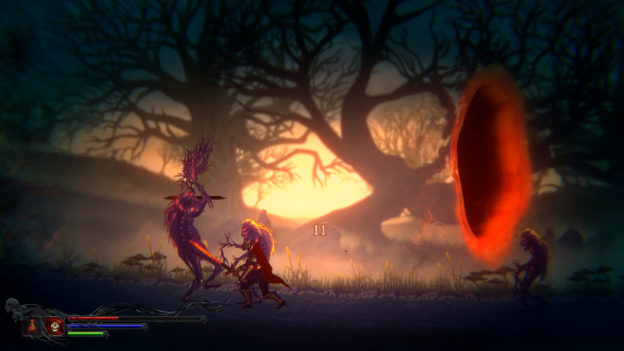 The combat isn’t supposed to be just tapping a button as hard as possible in the hope your foe will fall. Unfortunately, that’s what it is. There’s both a light and heavy attack as well as the ability to use spells. You can also dash and parry — if you can ever time the parry right. However — and this is probably the biggest criticism of the game — it doesn’t really matter what you press, you will find yourself constantly button-mashing against anything. Throughout the entire game, it’s only the bosses that demand you think. But, even the bosses are reasonably easy once you figure out dashing over the top and getting them from behind is consistently the most effective approach. Often it felt like there was a delay between pressing the button and the required action happening on the screen, and this is the case both docked and in handheld. It’s not helped by the fact that enemies often just spawn right on top of you; considering some enemies can kill you in a hit or two, it takes all the fun out of the challenge of losing. 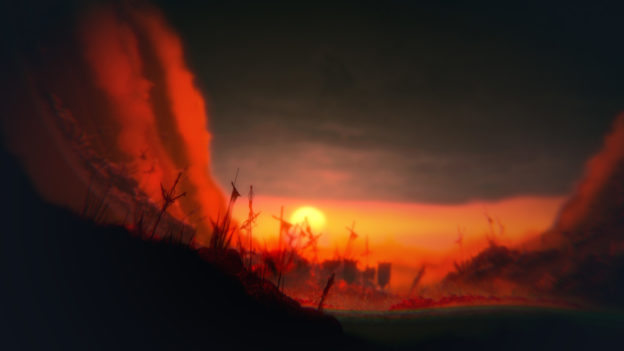 The lack of combat variety is mostly what makes the game unenjoyable. A good story or interesting stage design would have helped, at least. There’s nothing riveting to explore in the world — the backgrounds are lovely but the foreground offers very little of interest. Combining all of this with the dull and unnecessary story, there is very little to offer here. 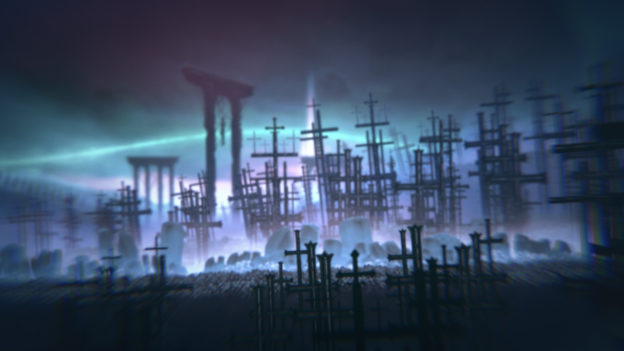 Good backgrounds and a strong soundtrack aren’t enough to justify a game that feels like you’ve played it before. The combat offers little and feels lethargic so, unfortunately, there is very little reason to drop into Hell on this occasion.