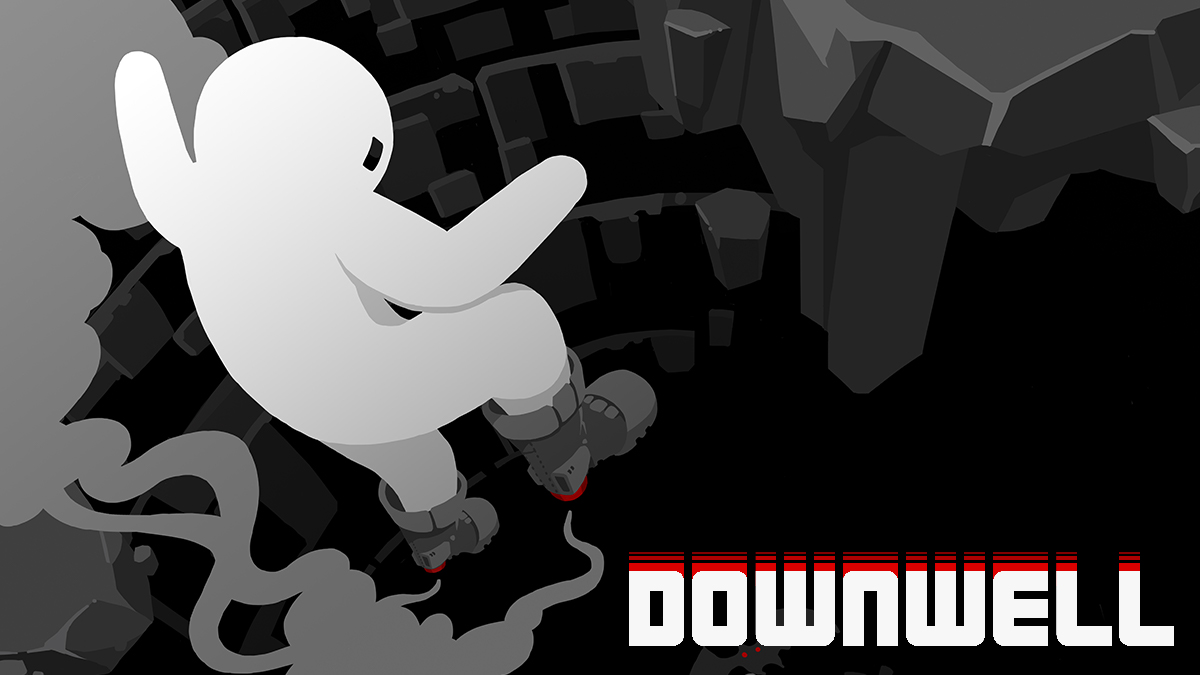 Downwell is an arcade-action game from Moppin. It also delves into platforming territory, albeit with a pretty cool twist: the game is played vertically.

In Downwell, players literally jump into a well, falling down, down, down through a series of randomized levels. Bricks block your way, which you can either navigate during freefall or land on. Sometimes they’ll block your path completely, but your trusty weapon takes care of that. 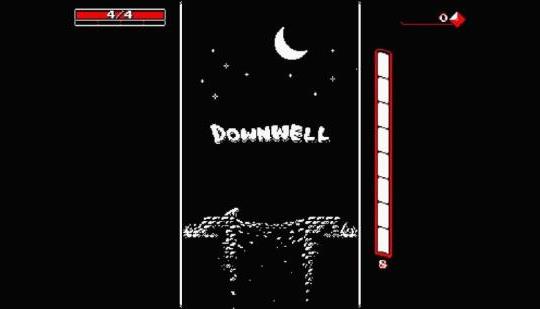 You sport a gun from the outset – actually, they’re gun-boots, which you can fire with the jump button. Landing, while sometimes optional, serves another purpose by recharging your ammo. Playing is a pattern of jump-shoot-shoot-shoot-land-jump-shoot-shoot-etc as you fall, always aiming downwards and destroying bricks or enemies. 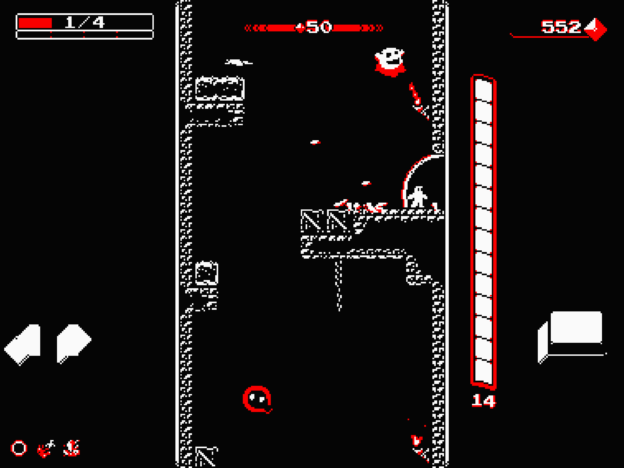 The well is littered with creepy enemies who seem to really dislike your presence. Some resemble animals, like a bat or a turtle. The bat follows you down the well, so he is pretty annoying. Other enemies appear as strange orbs of evil energy. Maybe it’s because they’re red?

This is another interesting feature of Downwell – the simple black, white and red aesthetics. It gives a strongly retro feel that works in its favor. You can also unlock other variances on this color scheme, making the game look like an old GameBoy game, for example. These unlockables come from repeated plays. Thankfully, this is easy to achieve given the addictive nature of the game. It’s a game that’s meant to be played in short bursts. Sometimes these can extend into longer play sessions thanks to a quick death and that “one more time” mentality. 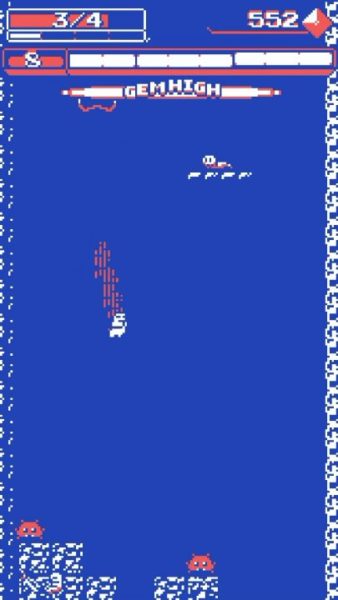 Yes, you’ve been warned: this is a tough little game! You begin with four hearts, but only one life. So after four measly hits, it’s game over and you’re sent right back to the first level. Power-ups, including health and different types of guns, can be found in hidden caves along the way. These are exchangeable for gems, which are collected after disposing of enemies. You can also choose from three upgrades after completing each level. These come in the form of interesting features, like balloons that pop to destroy enemies. 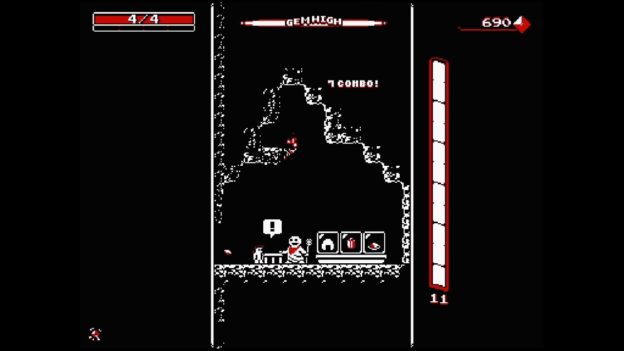 Downwell’s mobile origins are obvious, given the vertical nature of the game. The Switch version can also be rotated – Tate style – in handheld mode, which is a great bonus. The simple controls are super easy. Every button on your Joy-Con does the same thing – jump and shoot.

My criticisms of the game are few – in fact, the only criticism I have is that it’s not long enough. Even still, it’s addictive enough to come back to for short bursts every now and then.

Overall, Downwell is a great little game, with an interesting retro aesthetic and a fun downward-facing twist on the usual side-scrolling formula. At $2.99, it’s a bargain and should absolutely be picked up by anyone looking for a fun alternative to the using platforming fare.

Downwell is fun, addictive and visually distinct vertically scrolling shooter/platformer. It’s tough enough to challenge you without being too frustrating, and will scratch that retro platforming itch in a whole new way. Check it out.