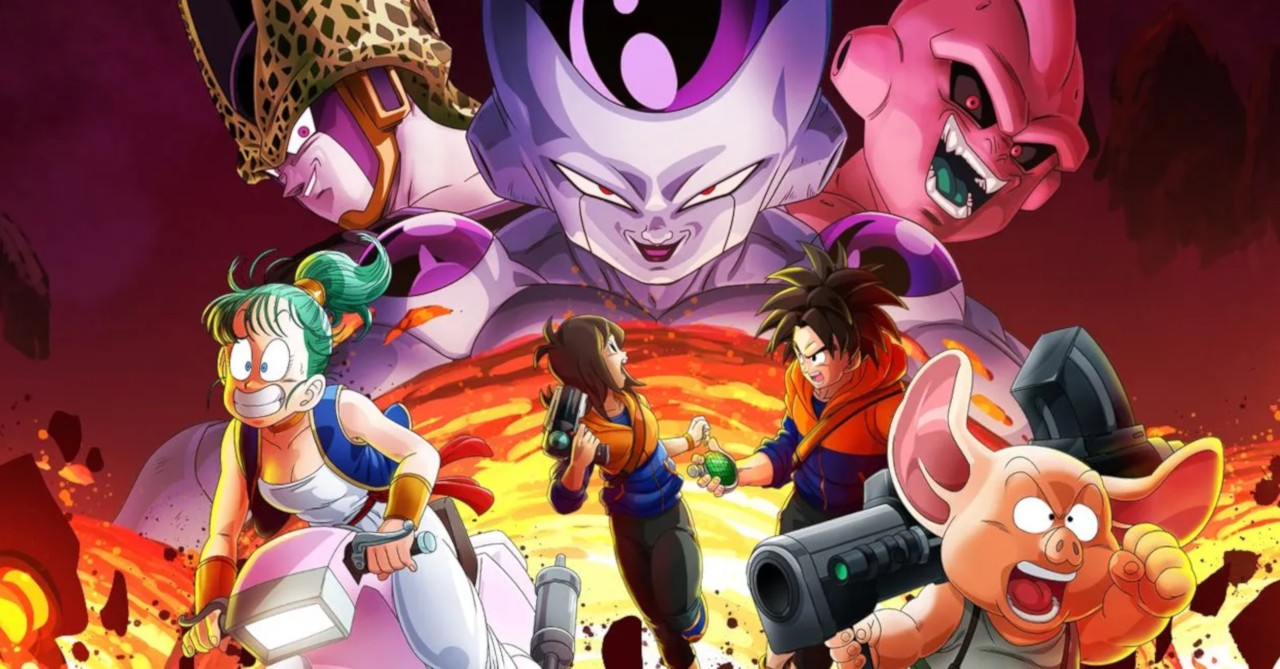 Dragon Ball video games of the past have been held very close to a familiar formula. Whether it be tied to the narrative of the series itself, or a straight-up fighter with the odd RPG element thrown in, THE BREAKERS, as I’ll be calling it in this review, does something completely different. Instead of choosing your favorite fighter or villain and learning the combos and fighting one on one, or two on two, you find yourself as a regular human. As this human, you and six other humans have to survive against some of the deadliest villains in the Dragon Ball franchise!

If you’ve played games like Dead by Daylight or Friday the 13th: The Game, you essentially know what you’re in for with THE BREAKERS. This is an asymmetrical survival game that follows the same formula, except you’re in the anime world of Dragon Ball. For those unfamiliar with this style, you find yourself in a 7v1 survival match, where one big, bad villain (known as the Raider) has a single objective: to take everyone out. The seven are tasked with either escaping through a time machine or using ‘transpheres’ to power themselves up and defeat the Raider. As a player, you can be either the villain or the survivor by setting your preference before jumping in. It took me many attempts to become a villain, but once there, I realized how unbalanced THE BREAKERS truly is. 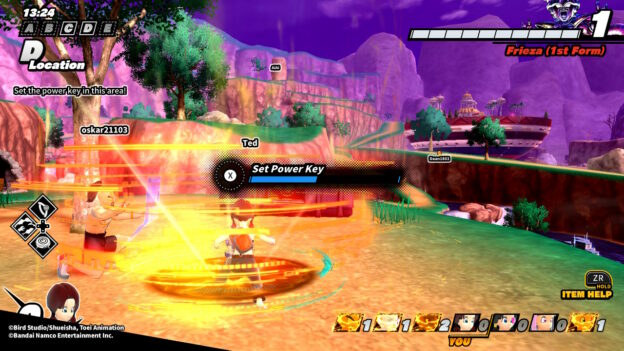 There are a handful of ways in which the seven survivors can win, and pretty easily, too. The most common way is to run around the map and look for ‘Power Keys’. These ‘Power Keys’ can be used to power up your way out of the map and are hidden in supply boxes dotted around the map. There are also a number of ways to keep the Raider at bay. You have various weapons that can be used to shoot at the Raider in order to protect yourself, and you can use vehicles to zoom around the map quicker and use this to hide quicker.

On top of the items you can find within a match, you have abilities at your disposal that you can equip. Using ‘Transpheres’, you can temporarily acquire the abilities of a super warrior—these being the heroes from the Dragon Ball franchise. When activated, you will inherit the warrior’s iconic outfit and find yourself in a brief one-on-one fight with the Raider, being able to use the special move of that hero.

When playing as the Raider, you must hunt the remaining players down before they escape or defeat you. Getting the chance to be a character like Cell, Majin Buu, or Freiza is awesome, but you’ll find out quickly how hard it really is to win as the Raider. You start in a base form and ‘level up’ as certain criteria are met. Each Raider has different requirements to level up, making for a unique experience each time you play as someone new. However, as mentioned before, it’s really stacked against you, and in all of the matches I played, the Raider didn’t win once. 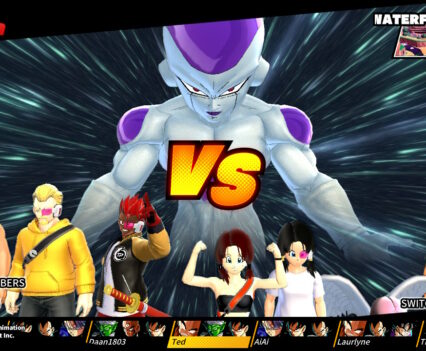 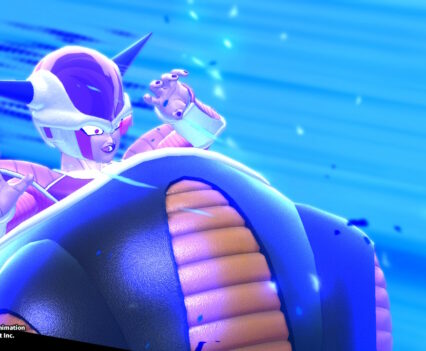 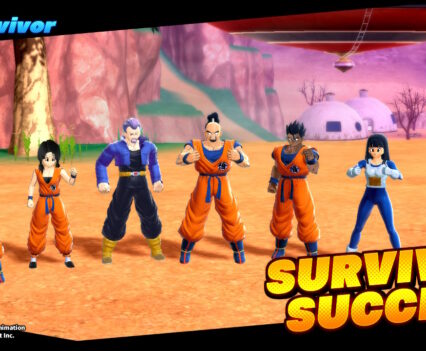 Similar to games like Dead by Daylight, an internet connection is required to play the main mode. Whilst the matchmaking states that it should take no longer than one minute, I found myself waiting far longer than that each time. Given that there is no crossplay means that you are limited to matchmaking with other Switch players only—so take the advised matchmaking time with a pinch of salt. These long wait times, plus the even longer menu management and process to get into a game, make for a poor experience before a match has even begun.

The issues did not stop there, unfortunately. Graphically, THE BREAKERS is unimpressive. Aside from the disappointing visuals—which are on par with the PS2 Dragon Ball video games—there is a lot of clipping, with trees and buildings popping in and out of vision and focus, and many cut scenes will freeze or just skip altogether. This really did take a lot of fun out of the gameplay and overall player experience.

On top of the graphical issues, there are a bunch of minor things that make THE BREAKERS counterintuitive. The menu screen, for example, takes inspiration from previous Dragon Ball games like FighterZ, where instead of a simple, easy-to-use menu, you have a small town where random robots, shops, and billboards are your menu options. This, coupled with the stuttering visuals, makes finding what you’re looking for the first time a real pain.

DRAGON BALL: THE BREAKERS incorporates a niche but successful formula into a similarly successful franchise, which should be a match made in heaven. However, due to graphical and technical issues paired with the unbalanced gameplay and unclear progression and menus, it results in a bit of a mess of a game. It was worth a shot, but I feel as though Dragon Ball should stick to what it knows best.