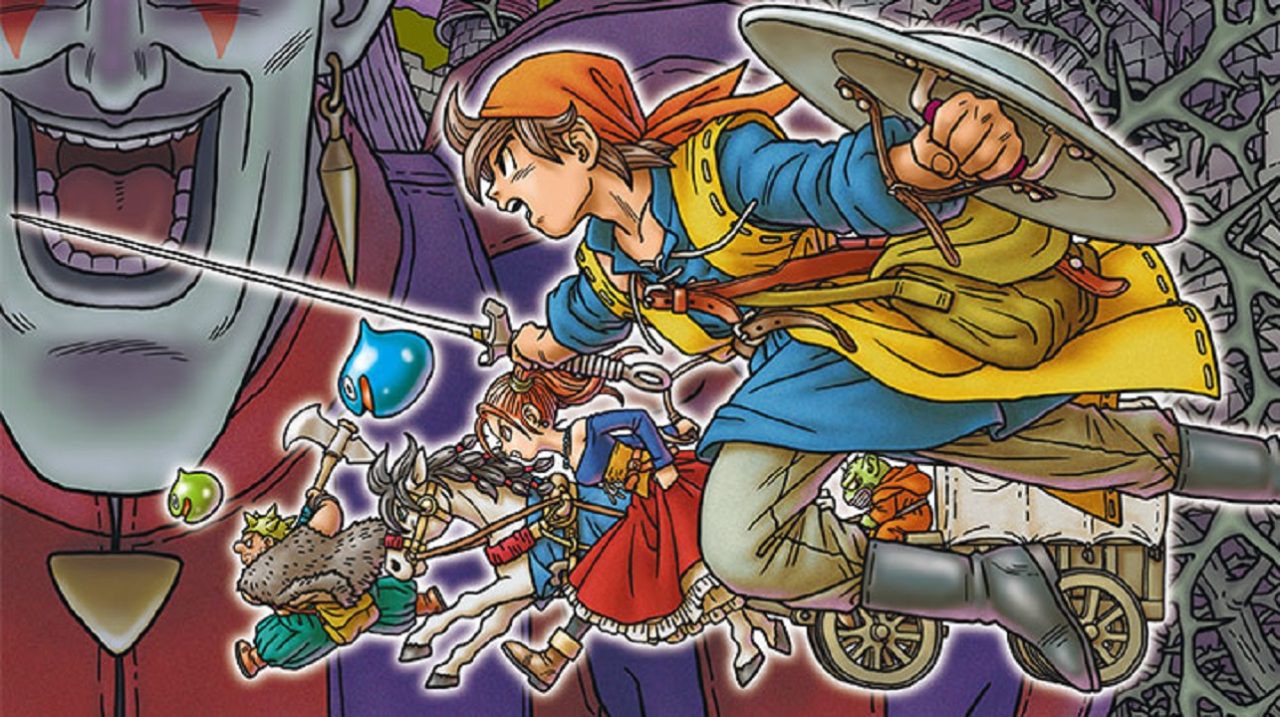 A kingdom in peril

In PN’s review of Dragon Quest VII, Matt Paxton started off by saying it was “a long game, and I mean long.” Unsurprisingly, that quote is applicable here as well. Series fans probably won’t mind sinking plenty of time into this title. For the less familiar, let’s see how Dragon Quest VIII fares on the 3DS.

I should mention that what little DQ knowledge I have stems from early Nintendo Power (Dragon Warrior), and from playing a lot of Fortune Street on the Wii. Fair to say, I’m not exactly up to speed on the universe. The story for this journey starts off by revealing that the king has been transformed; yep, it reminds me of Super Mario Bros. 3. Overall though, I’ve disliked more of the clichéd plot than I’ve enjoyed, for more reasons than space and spoilers will let me include. While humorous in parts, it’s all over the map so to speak; I think I would’ve preferred the time traveling tale of its predecessor, Fragments of the Forgotten Past. However, being originally released in 2004, many will already be familiar with this game’s quirky storytelling.

Writing concerns aside, I must acknowledge that I’ve really enjoyed the voice acting. The Saturday morning cartoon style might not be for everyone, but I’ve found it pretty charming. There’s lots of it too, which contributes to a very strong audio package. It’s coupled with beautiful music, which really shines, even when listened to without headphones. In fact, I’d say the overall audio design might be my favorite element of the game. The music for the entire DQ series makes for interesting reading if you ever get the chance.

When it comes to the gameplay, it is a grind heavy experience, for better or worse. Early on it might not be an issue. Akira Toriyama (a character designer on Chrono Trigger) showcases some silly enemies that will probably make you grin. Seeing enemies, in the field anyway, makes them easier to avoid in open spaces, even with a sluggish camera (which is less inconvenient on a New 3DS with its C stick). But before long you’ll have to start engaging in frequent battles in order to progress, and that’s when the dated design might start to feel like a drag. The lack of any 3D and minimal touch screen support does no favors either. Will you find the more basic elements comfortable, antiquated? Thankfully you can at least quick save, though it’s curiously buried under the misc. menu.

There’s a number of new additions to this 3DS entry. Fans who played the original release will find some new monsters to battle, and characters to control. StreetPass support has also been included. A photography challenge seems to be a sizable addition, one that I admit to only dabbling in up to this point. But I like what I’ve seen so far, and the scavenger hunt does provide a welcomed break from DQ’s main quest.

With no nostalgia factoring in, I’m left viewing Dragon Quest VIII in a mixed light. I have some real issues with it, but I still recognize its quality features. I acknowledge that I’m something of an outlier among the game’s audience. On a system with as many RPG choices as the 3DS, I’m okay with that.