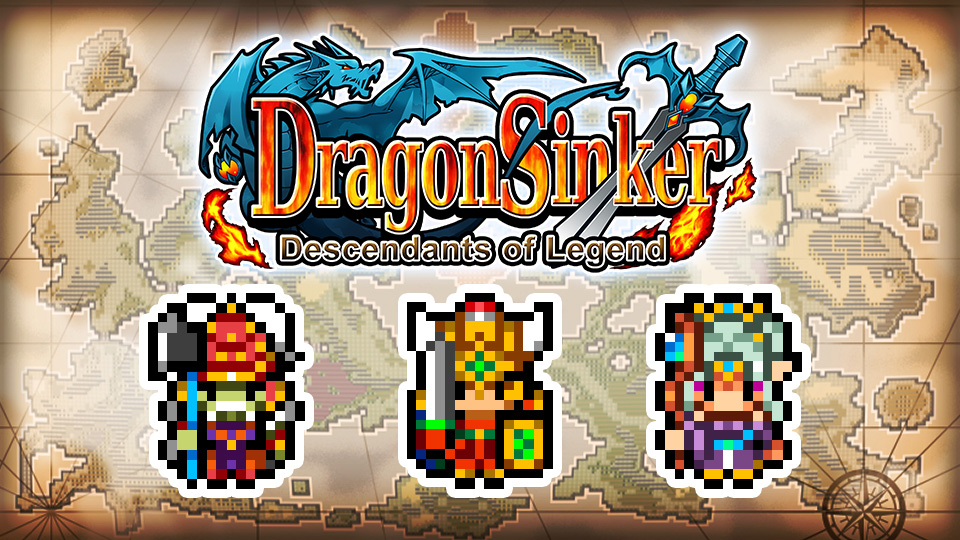 Dragon Sinker is a top-down, retro-style RPG full of both the strengths and weaknesses of the classics it’s likely inspired by. The game is about the quest of a human prince to create an alliance between his people, the elves and the dwarves, in the hope they’ll put aside their differences to defeat their common enemy, the evil dragon Wyrmvarg.

Along the game’s relatively linear journey from town to town, with mandatory dungeons in between, your starting party of two will quickly grow, eventually reaching a maximum of twelve. Completing the few side quests available in each town will earn your party new members as well, which for a game that centers around party management, makes these quests almost necessary in any of the four difficulty settings but ‘easy’. Your party in Dragon Sinker is where the strategy lies. Each character has a race and a job which affects their attacks, their stats, and the stats of the other three members of the team you place them in. You can even change their jobs, giving an opportunity to strategically match different races with different jobs and carefully craft your three teams of four characters. One team fights at a time against up to four enemies in the game’s turn-based battles, but you can swap teams between turns. Of course, it’s necessary to strike a balance in how many options are available to the player for customization and strategy, and that’s why I think it was the right decision to keep equipment management very basic in Dragon Sinker, allowing the player to focus on party management instead, which is deep enough to warrant a bit of planning on pen and paper. 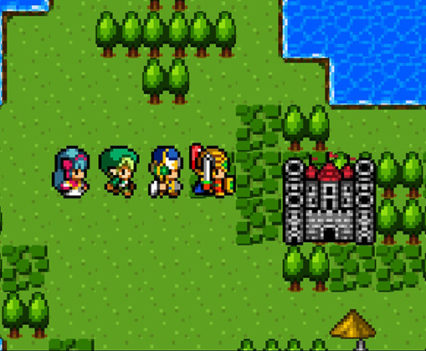 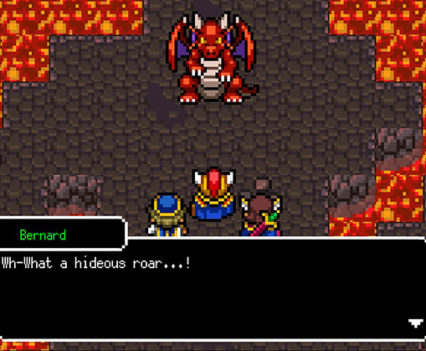 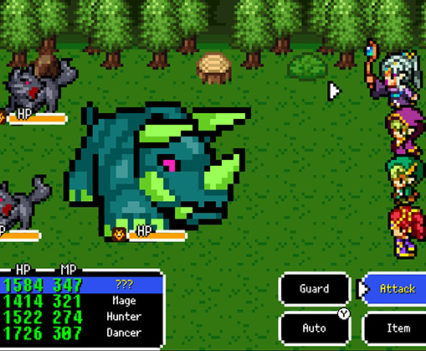 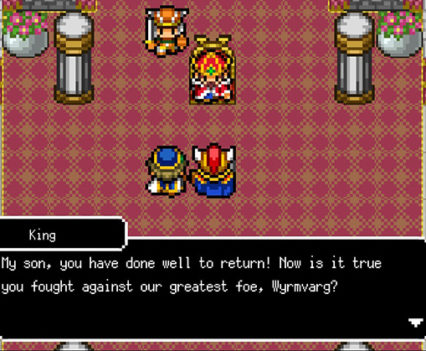 Arguably the most common problem in RPGs is boring and/or insufficient tutorials and Dragon Sinker feels so close, yet still so far from getting this right. The most obvious gameplay mechanics are left to the player to figure out and this works fine, while more complex systems are explained by the ‘help’ section of the pause menu and NPCs if you choose to talk to them. This works well, especially the ‘help’ menu which does a remarkably good job at providing lots of information in as few words as possible, keeping the gameplay disturbance at a minimum. However, this is also where the game stumbles as some descriptions are too brief and leave out important information such as how long an attack lasts. Don’t be surprised if you reach the end of the game and still don’t know how some status effects work.

The 8-bit visuals and music are serviceable and work to set the tone of your current environment, but they don’t particularly stand out. The exception to this is the enemy death animation which is surprisingly unique for the art style and you can look forward to seeing that if you play the game. As with the presentation, the story is also satisfactory, enough to keep you interested in seeing its end and involves character interactions that may make you chuckle or even pause to think on occasion, but if you play RPGs to experience a gripping tale, you will need to look elsewhere from Dragon Sinker.

Strangely enough, the game features a lottery that can be played at any time from the pause menu using in-game currency. It usually produces common items but playing it regularly throughout your adventure will likely net you some rare weapons or even party members that are much stronger than normal. This odd feature can make each player’s experience slightly different and provides spontaneous excitement when you receive a good reward, but crucially, it doesn’t break the game balance. The lottery is entirely separate from the game’s pay-to-win micro-transactions which only exist because of the game’s roots on mobile devices and should be completely ignored on Switch.

A well-crafted RPG experience that trims a lot of the fat and focusses on its solid combat system. If reduced to $10 I would recommend it to anyone looking for a turn-based retro style RPG that won’t take more than 10-15 hours of their time.