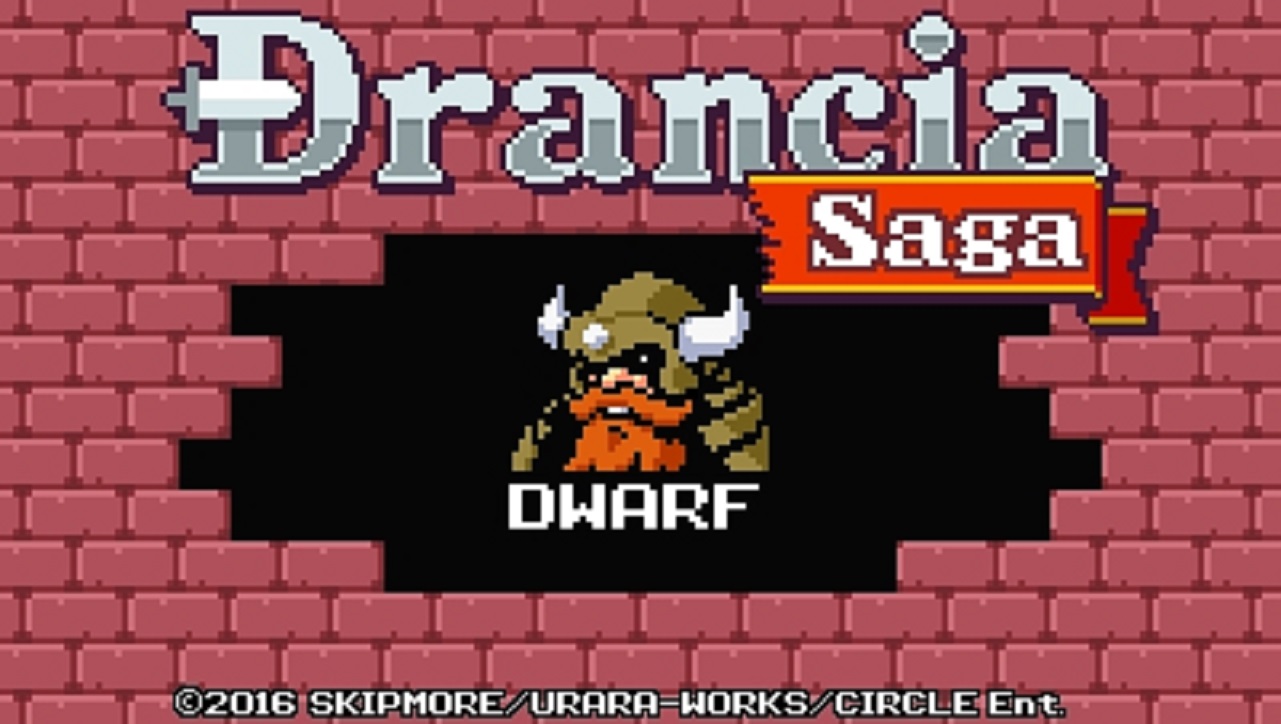 I’ve been playing Drancia Saga intermittently since it released on the 3DS eShop a few weeks back. In short bursts, it’s definitely an entertaining enough way to pass some time. However, there’s no real depth to be found here. But for a release advertised as “simple” are my expectations realistic? Let’s take a closer look at Drancia Saga and see if this game might be your thing.

You take control of a continuously moving character, of which there are many to select. Combating the enemies couldn’t be more basic, as simply making contact bests them. Fallen enemies leave plenty of coins to be collected, so you’ll constantly be accumulating wealth. If you like straightforward action in a fantasy setting, Dranica Saga has your bases covered, at least for a little while.

This game is short… real short.  Your best bet is to have an interest in replaying it over and over with different characters. Besides the initial selection, you can also play as characters from other Circle-published games you might own. I admit it was fun playing as Gunman Clive, but the gameplay stays the same. Drancia Sage does its best to make this interesting – characters have unique stats, and high scores are saved for each – but it only goes so far.

There are a few extras that try to enhance the package. A shop lets you buy items of varying degrees of helpfulness. Increased attack range, health, and speed are just some of the options available to you. The bar gives you access to statistics, and a music mode to enjoy the fine tunes. These are certainly nice, but ultimately they’re rather small additions to an already small game.

Drancia Saga can certainly offer some addictive gameplay in brief stretches, but I reached a point where I just craved more. My desire to replay the game with different characters reached a point where I’d had enough. How many times do I need to beat the same game? While I’m a fan of its classic aesthetics, the game proved a little too simple for me. Which doesn’t make it a bad game, not by a long stretch. But it does make it a game whose mobile origins come to the fore. Five bucks is not bad for what’s offered here, so long as you think you’ll replay it. Just keep your expectations on the more modest side when it comes to Drancia Saga.

Five bucks is not bad for what’s offered here, so long as you think you’ll replay it.