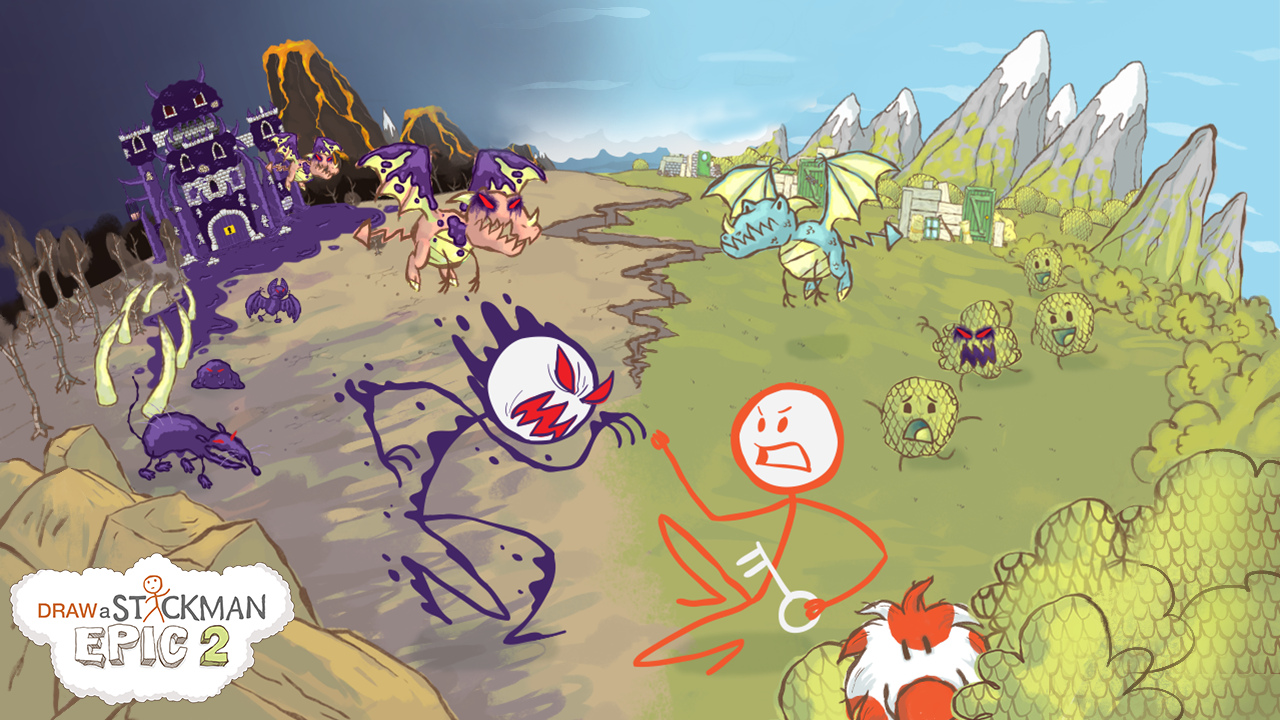 Curiously skipping straight to the sequel, Hitcents has brought Draw a Stickman: EPIC 2 to Nintendo hardware. This review will cover the Wii U build. Creative thought will get you the most out of this puzzler, but the heartfelt adventure should appeal to kids, or any who enjoy a short but satisfying adventure. 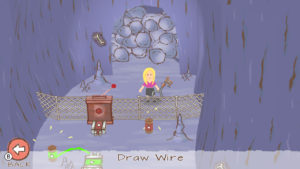 The storybook setting has you out on a rescue mission to save your friends from Evil Ink. It’s not bad, it’s just drawn that way. The tale picks up some real steam the further you progress, though I’ll admit it took a while to win me over. I found my interest waning early, maybe because my creativity doesn’t really extend to the artistic realm. Of course, it’s no fault of the game that I don’t have the skills of an artist.

The “action-packed” segments contributed some to my winding down . Speed just didn’t mix so well with the controls, which are more geared towards leisurely puzzles. Given that drawing is key, only the Wii U GamePad is supported.  When I was exploring the levels, interacting with characters, and solving puzzles, that’s when Draw a Stickman: EPIC 2 shined. 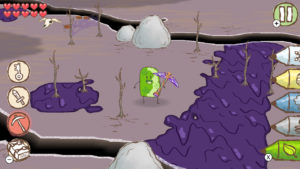 I don’t want to give too much away for spoiler concerns, but one level I really enjoyed had my character basically acting out the old folk story, Stone Soup. How do I get vegetables into this pot? How do I heat it up? These questions, and more, had to be solved by helping out the individual residents of the town. Interacting with them was fun, even if the communications were limited to pictogram animations and one-word exclamations.

Besides drawing the main character, you’ll be drawing friends, tools, and parts of the level. I found the latter pretty easy. So long as I had the correct pencil selected, the game identified my scribbles as leaves on a tree or ice on the water. Tools need a bit more care. The tiny pickaxe I drew at first needed to whack boulders repeatedly before they broke. Once I drew a bigger version, that necessary task became much easier. 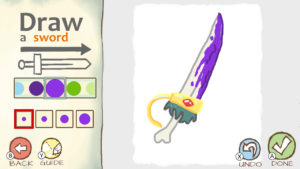 For me, the drawing proved ultimately secondary. It was a means to solve the puzzles and drive the story, but not the focal point. This probably isn’t how the developers wanted the game received. Nevertheless, it did grow on me. Although I beat it in less than four hours, I really enjoyed the ending. Optional puzzle pieces that I missed make for replay incentive.

I think kids especially will enjoy Draw a Stickman: Epic 2. Although I’m of the mind that it would have been a better release for the 3DS eShop, you could say it has something of a captive Wii U audience. In any case, I enjoyed the game. How does it fare on the Switch? Kaelyn (who has more artistic ability in her little finger than I do in my entire body) will share her opinions soon.  Hopefully, she has a capacitive touch stylus handy.

Creative thought will get you the most out of this puzzler, but the heartfelt adventure should appeal to kids, or any who enjoy a short but satisfying adventure.